Scotland, with its smorgasbord of scenery and opportunities, is a funfair for those unfazed by the unknown and enthused by adventure. Live life on the edge with 10 epic experiences you can only have in Scotland.

Delve deep into Scotland’s wildest parts and spend the night in a bothy — an abandoned former croft, farmstead or shepherd’s hut punctuating the deepest, darkest areas of Scottish wilderness. Totally off the grid and available for free to one and all, it takes prowess, perseverance and a compass to find these hidden huts. Once there, the bothy (which is usually the most rudimentary of shelters) will offer a roof and perhaps a hearth. But after that, it’s up to you to last the night. Follow in the footsteps of adventurer Geoff Allan and take a leaf out of his Scottish Bothy Bible, the holy grail of bothies in Scotland. 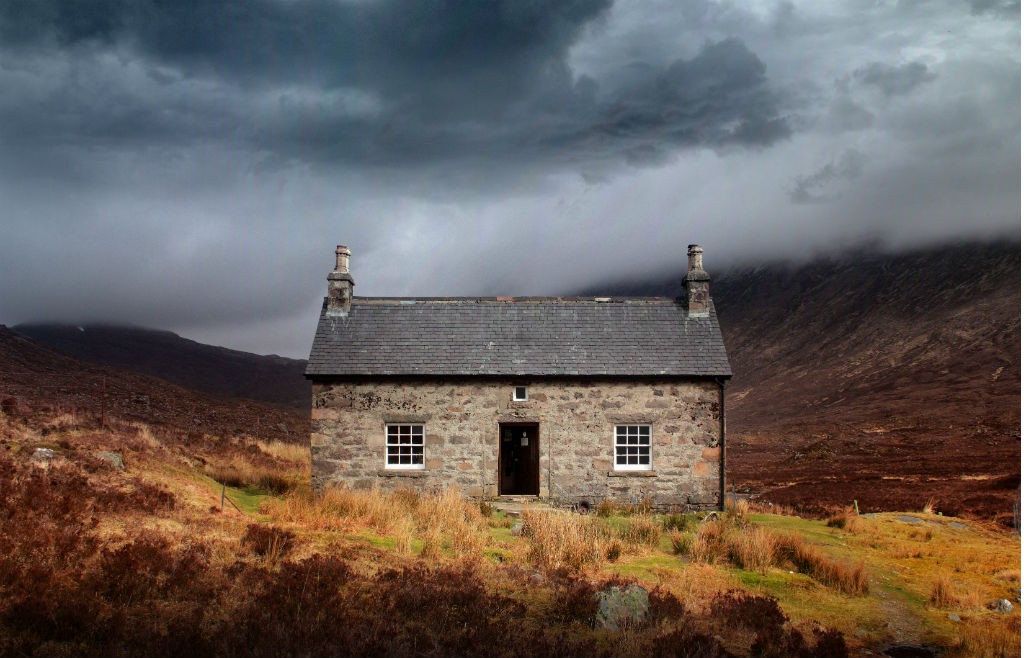 Climb the inaccessible pinnacle on Skye

Go on — we dare you. The Inaccessible Pinnacle, a 50-metre shark’s fin of a rock, sits teetering atop Sgurr Dearg at 986 metres. Join other adrenaline-seekers and clamber to the top of this jagged blade and highest point of Sgurr Dearg, the only Munro with a peak accessible through rock climbing. Embrace the transcendental views of Skye and map out your descent. 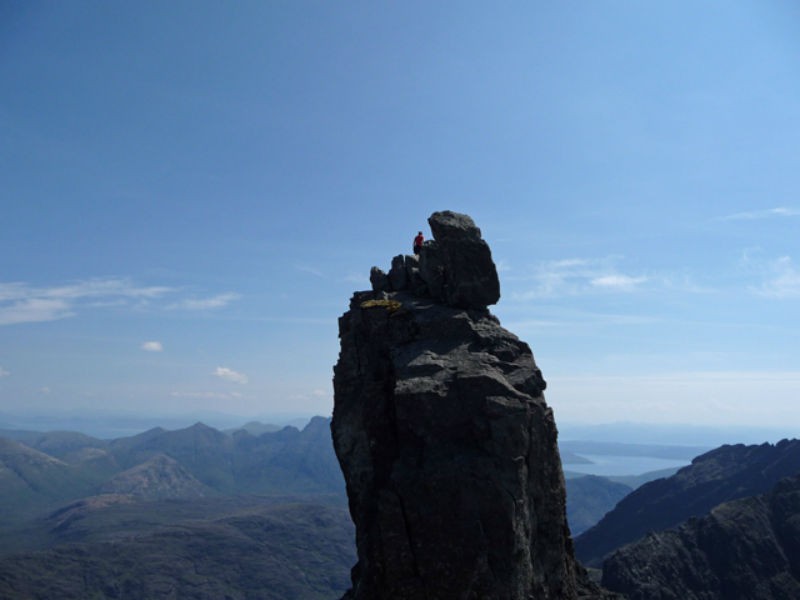 Hunt for Nessie at Loch Ness

Who knew cryptozoology could be so fun? We’ve all heard the tales surrounding sightings of Scotland’s own denizen of the deep but have we really tried to find him? There’s truth to every story, so make it your life’s mission to get to the bottom of it. If unsuccessful, Loch Ness, the second largest and second deepest of Scottish lochs, is graced with breathtaking scenery and mystical qualities. 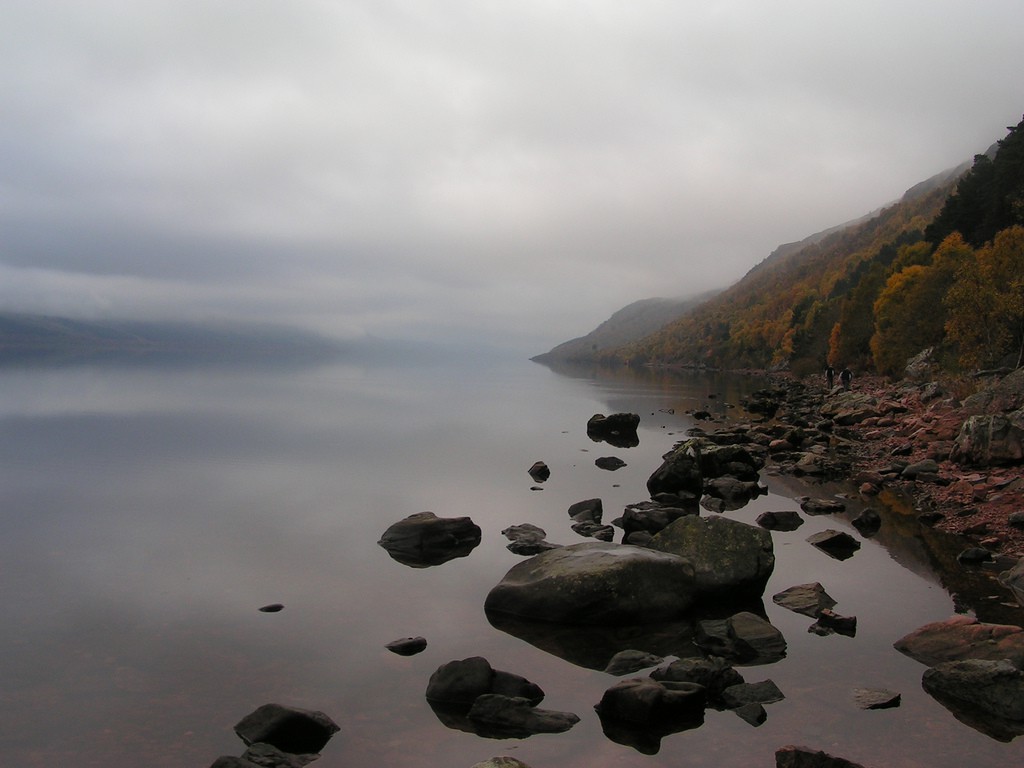 They say the greatest alpinists are the ones with the worst memory. Either way, Munro-bagging is an adventure of irresistible appeal. But what is this obscure sounding activity, we hear you say? In Scotland, a Munro is a mountain of over 3,000 feet or 914 metres. The attached hazards, like perilous weather conditions and bipolar terrain, are all part of the allure. So, scale some of the most desirable Munros in Scotland — think Buachaille Etive Mòr, Ben Nevis, Ba Bheinn and Ben Alder — or preferably all (that’s Munro-bagging). 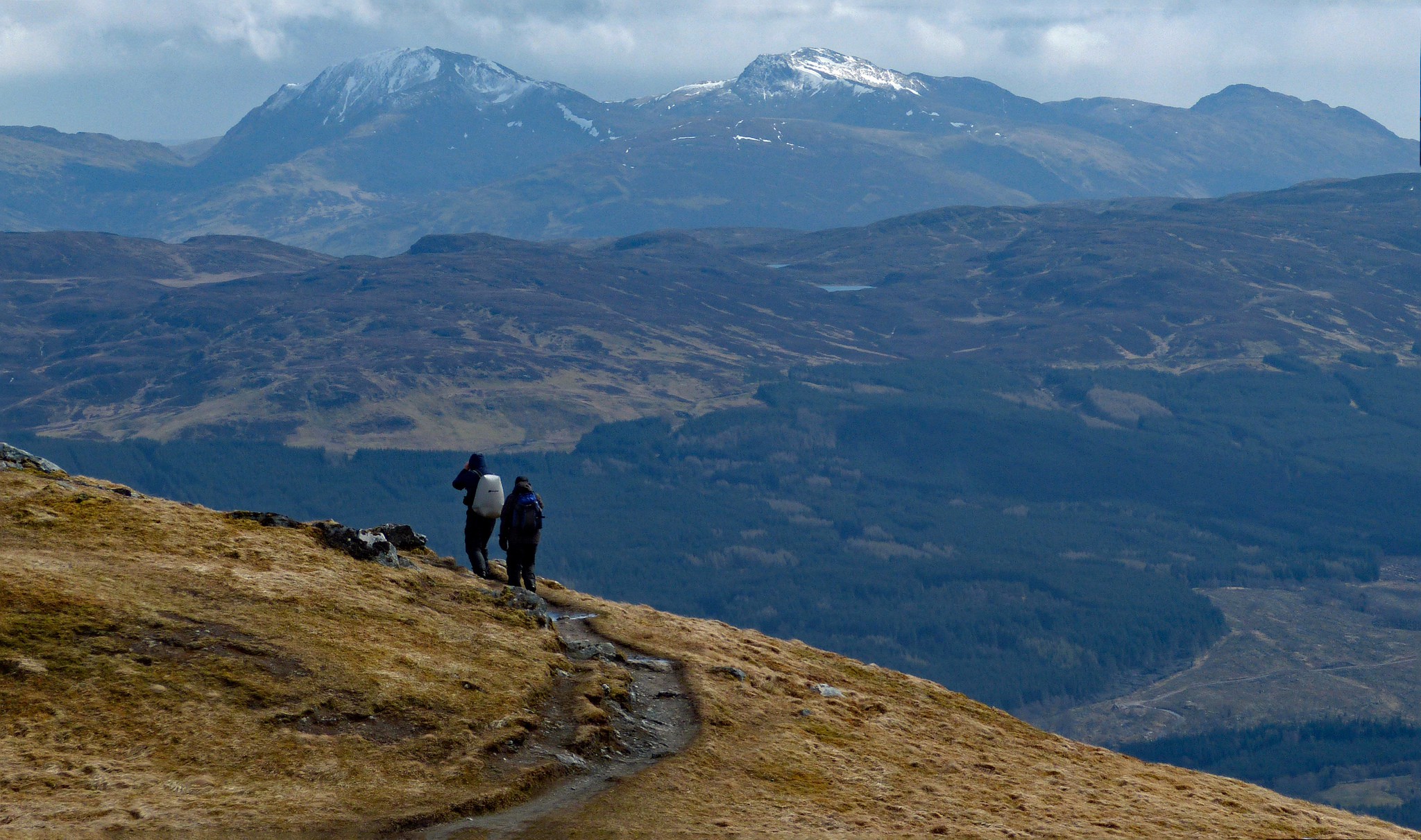 Partake in a real Scottish ceilidh…

…and dance the Orcadian Strip The Willow, preferably with no shoes on so you can spin better! Ceilidhs are a Scottish tradition and you’ve not lived until you’ve experienced one! Between the harmonious mix of traditional instruments, ageless rhythm of the people weaving in and out dancing about, barrels of booze and overall convivial vibe, there’s no better party or place to grasp a true glimpse of the fun-loving nature of the Scots. 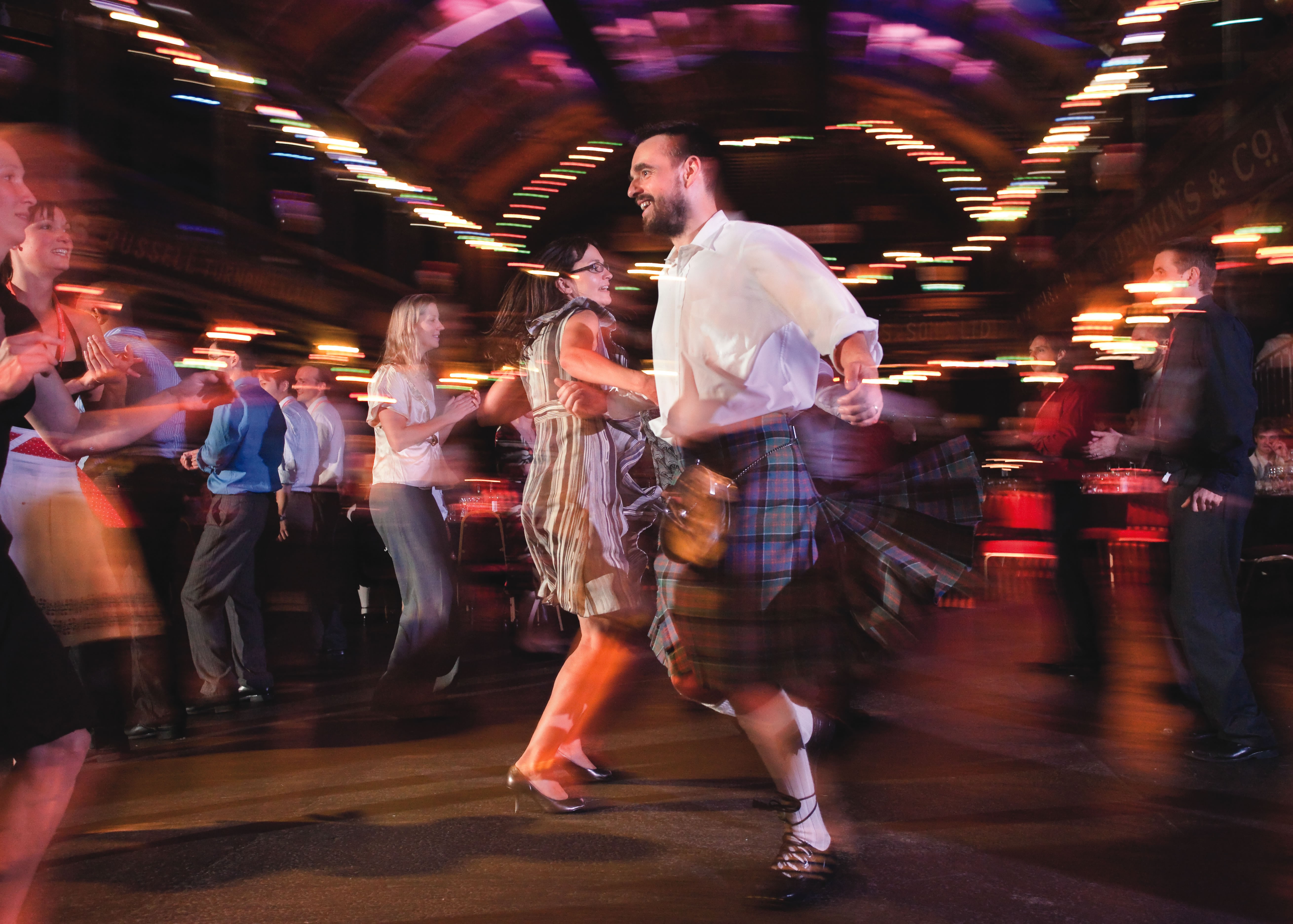 A natural wonder, Fingal’s Cave is an otherworldly sea cave praised for its symmetry, hypnotic acoustics, spellbinding colours and hexagonally jointed basalt. Its overwhelming beauty has inspired many artists and prominent figures including Pink Floyd, artist J.M.W Turner, Queen Victoria and Romantic composer Felix Mendelssohn. Witness this unmitigated slice of intrigue for yourself by taking a boat tour to the Isle of Staffa. 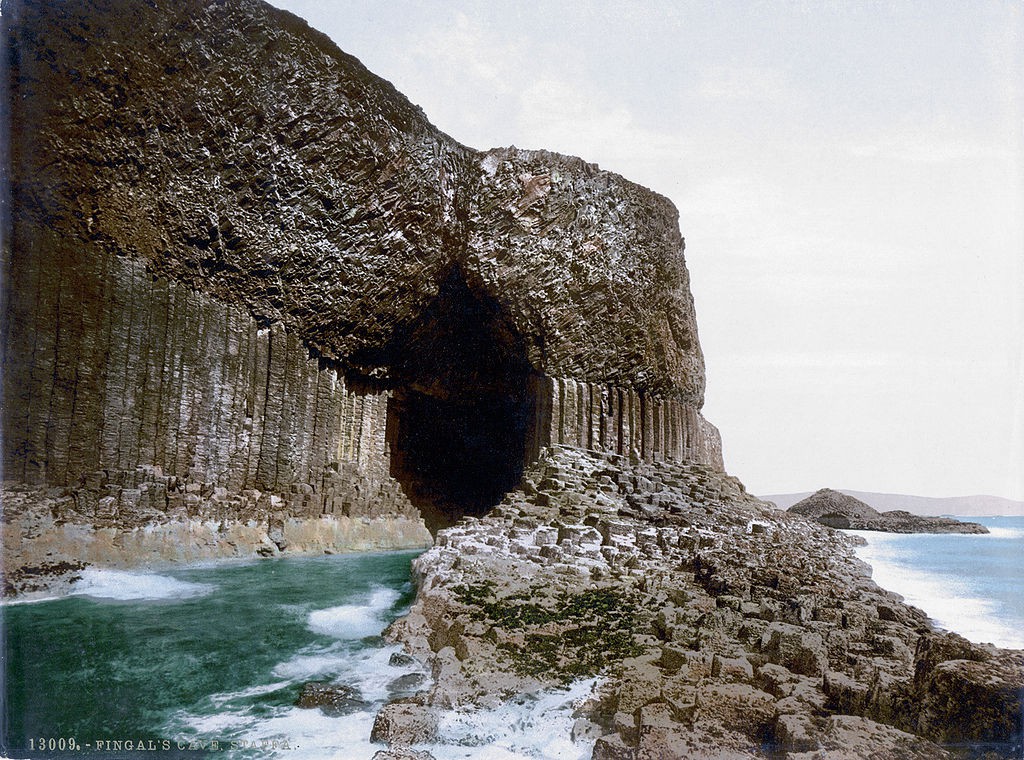 Party the night away at Edinburgh’s Hogmanay

Hogmanay, the Scottish New Year’s Eve, is a sight for sore eyes. A slew of fireworks paint the sky like a dream, the city swells with a hodgepodge of people from all over the world, the sounds of famous bands resonate around every corner, smells of delicious food inundate the air and parties pop up in every space. And when the clock strikes midnight, there’s no replicating that feeling when the crowds link arms and belt out Auld Lang Syne at the top of their lungs. This unsurpassable celebration is an unrivalled way to usher in a new year. 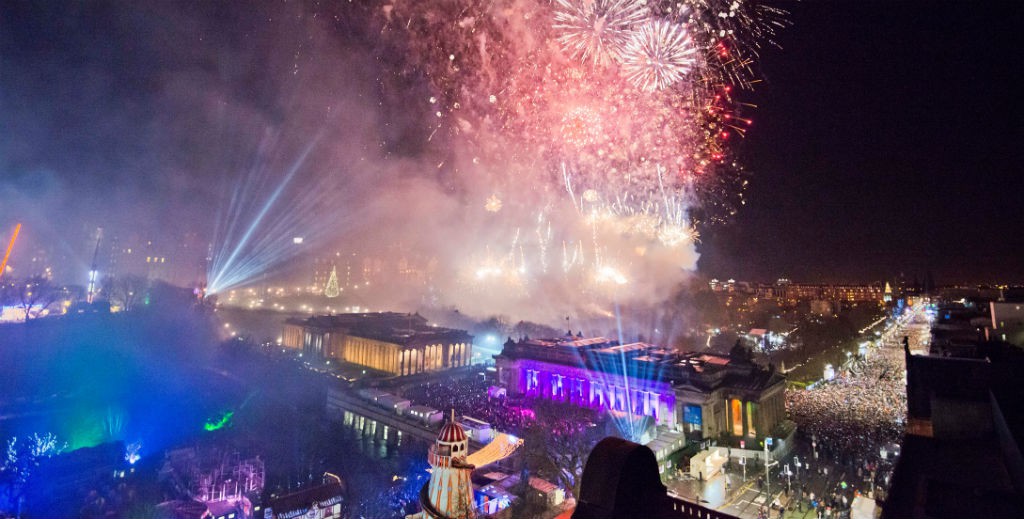 Explore Edinburgh and The Lothians from a hot air balloon

If tour buses send you to sleep then perhaps experience the ethereal beauty of Scotland’s capital and its surrounding kingdoms by floating through the sky in a hot air balloon. As you ascend towards the clouds, the city will become a canvas of inspiration, with landmarks like Arthur’s Seat and the Castle offering a brand new perspective. Catch a bird’s eye view of rolling Scottish hills, tiny picture perfect villages and magical scenery. Oh, Scotland. 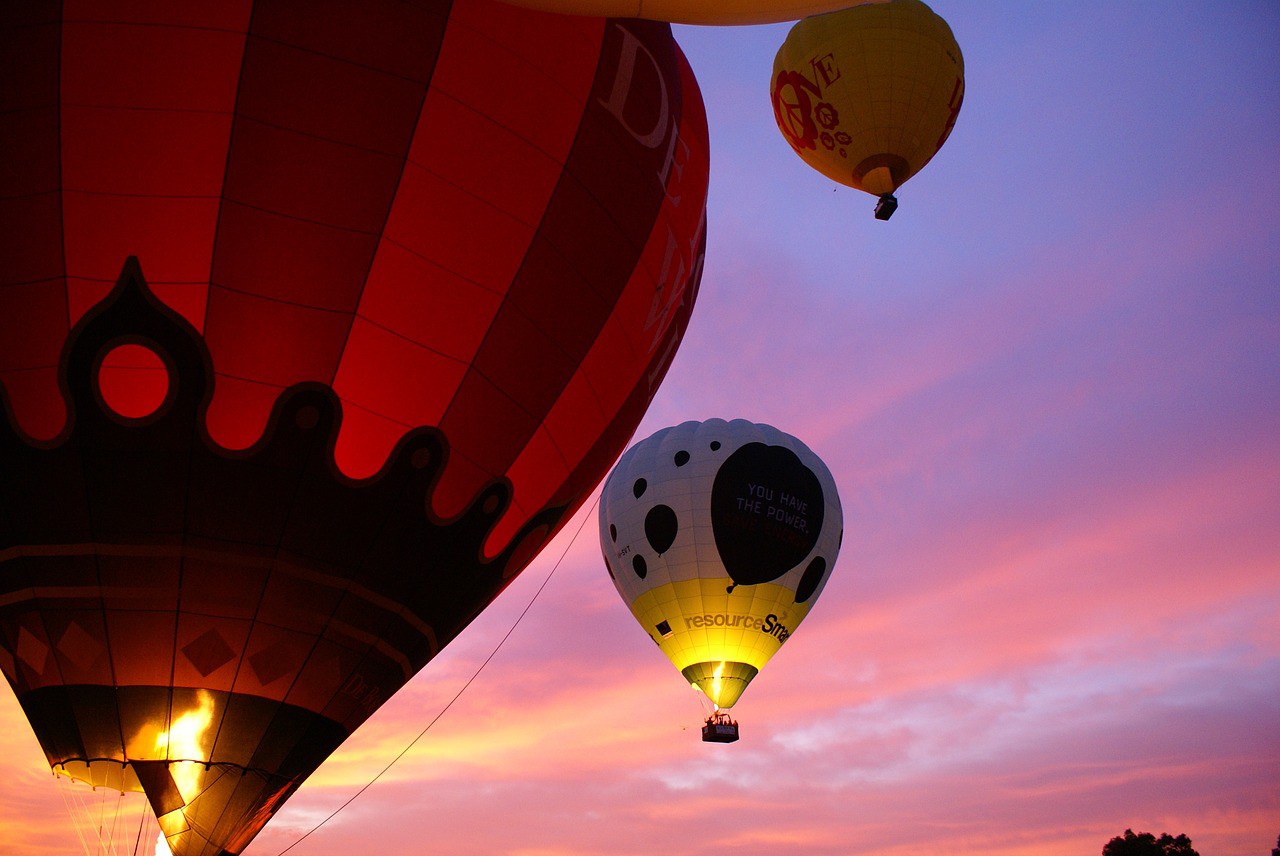 Experience the ‘World’s Most Spectacular Landing’

Although visiting the many islands is a no brainer when it comes to a Scotland-themed bucket list, there is one place that stands out. At five miles wide by eight miles long and the most southerly of the Outer Hebridean people-populated islands, Barra is pure magic. This wee paradise is a mecca for adventurers with its endless array of outdoor activities. But first, you have to land on Traigh Mhor beach, the only runway beach out there to boast scheduled airline services. As fairytale-esque as the destination is, this beach runway first became licensed in 1936 and has been going strong ever since. Unsurprisingly, flying into this dreamy destination was voted the world’s most spectacular landing. 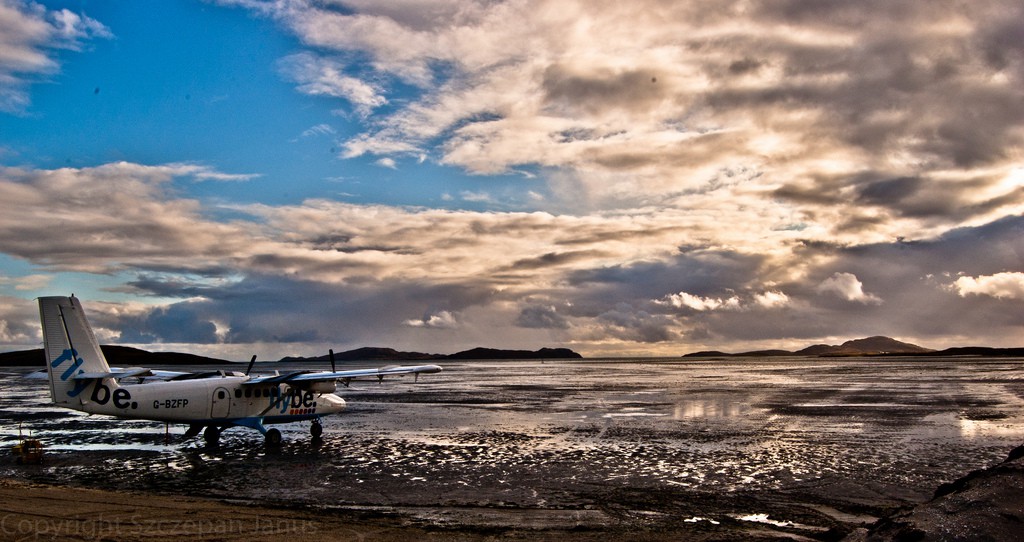 Whether new to the scene or a seasoned snapper, the Isle of Skye is one of those iconic locations that, whatever the mood or circumstances, loves the camera. Thanks to avid photographer and winner of UK Photographer of the Year Marcus McAdam, Culture Trippers of all kinds can embark on a photography workshop of unrivalled proportions. Think precarious ridges, enchanting fairy pools, Scottish wildlife, silky beaches, unaltered terrain, wild wilderness, noble mountains and more. The best part — getting to see Skye in her element. 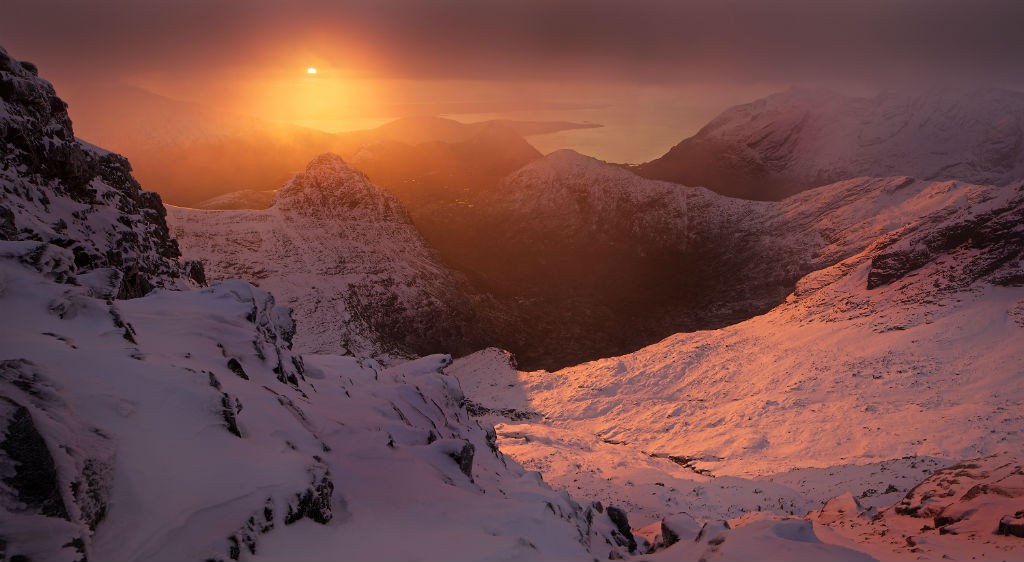 Uncover The Secrets Of Skara Brae In Scotland

15 Most Charming Small Towns In Scotland

The Highland Games Celebrate The Best Of Scotland