Orkney’s 70-some islands and skerries are poetry in land form – the kind of magic that lives with you forever. Caressed with scenic beauty, aurora-encrusted skies, an arts and crafts mentality and some of the most outstanding ancient sites in Europe, this hidden gem of Scotland will always be on that wanderlist. Explore the smorgasbord of must-visit sites and cultural attractions with our top reasons why Orkney is one of a kind.

A portal to a lost past, Skara Brae is remarkable for so many reasons. This ancient settlement dates back to the Neolithic era and is called the ‘Scottish Pompeii’ due to its excellent state of preservation.

Uncovered by a storm in 1850, these old dwellings remained hidden for centuries and still host a central hearth, box-beds, covered passageways and the first-ever ‘fitted’ furniture used for storing household items. Oh, and this beauty just so happens to be older than both Stonehenge and the Egyptian pyramids – impressed much? 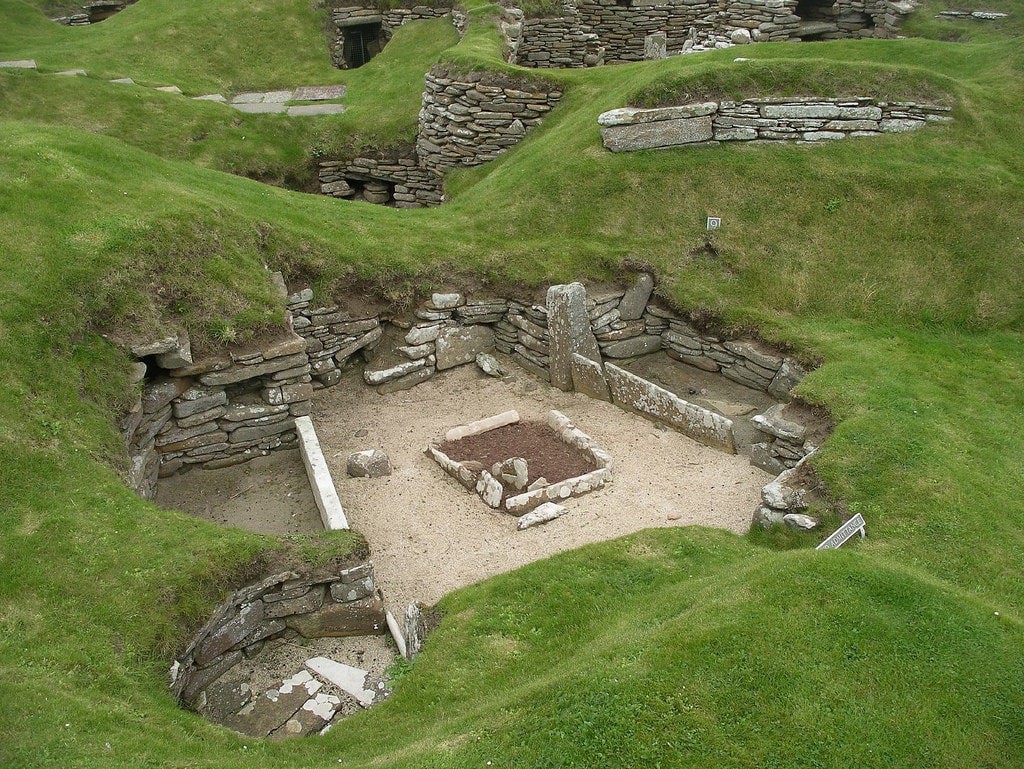 But that’s not the only Neolithic site…

The fun doesn’t end with Skara Brae. The Heart of Neolithic Orkney is a truly special UNESCO World Heritage Site consisting of Maeshowe (a massive chambered tomb perfectly aligned with the setting of the winter sun), the Stones of Stenness and the Ring of Brodgar, two ceremonial stone circles so magical that they always take the breath away.

These sites bask amidst Orkney’s vast prehistoric cultural landscape, along with numerous unexcavated burial, ceremonial and settlement areas. There’s nowhere quite like it. 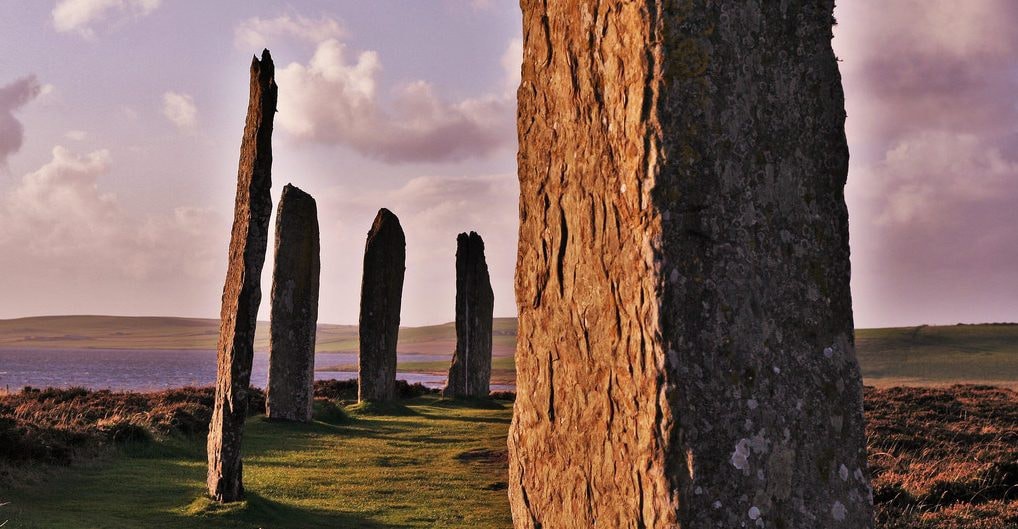 And then there’s the Pictish and Viking heritage too!

Although Orkney remained a Scandinavian kingdom until 1468, the islands’ rich Viking heritage is deeply embedded into the cultural and historical fabric. Inside Maeshowe awaits a selection of Norse graffiti runes etched upon the tomb walls by Vikings during the 12th century.

St Magnus Cathedral and the Brough of Birsay are riddled with Viking traces, just as most of Orkney’s place names hold Norse origins. Before the Vikings, however, were the Picts, whose presence still exists through Orkney’s maze of ancient wonders. 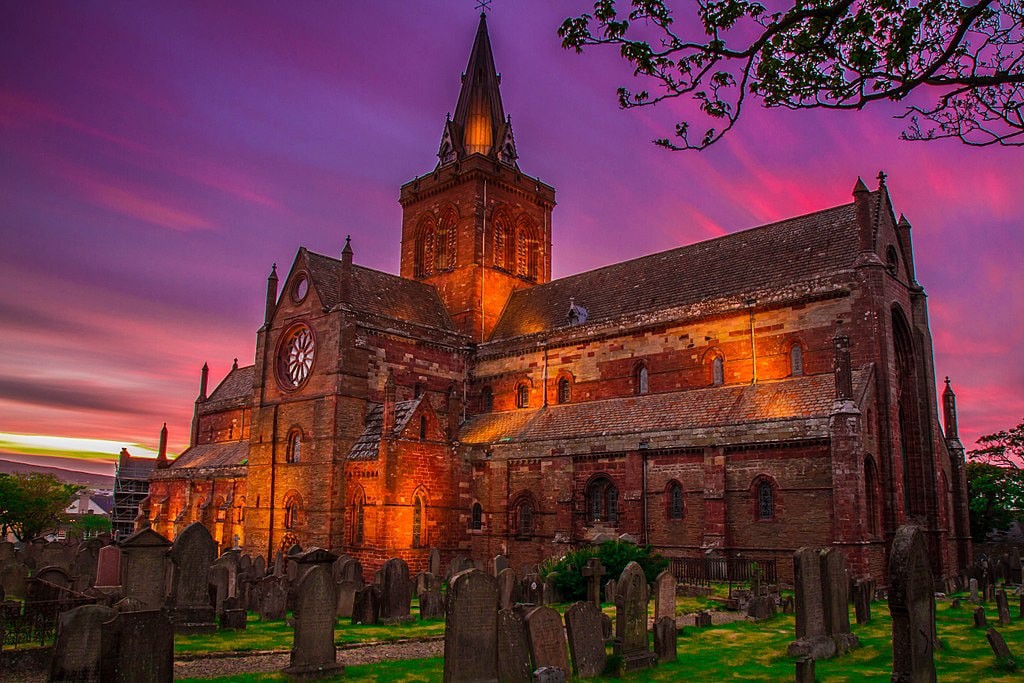 With a history as colourful as the landscape, the most exquisite natural light in all of Scotland and a thriving wildlife population, it’s no surprise that Orkney ticks every box when it comes to finding that sense of unbridled artistic inspiration.

Everywhere you look, independent art galleries, workshops, events and festivals spanning every medium from oils and ceramics to tapestry and metalwork punctuate the area. 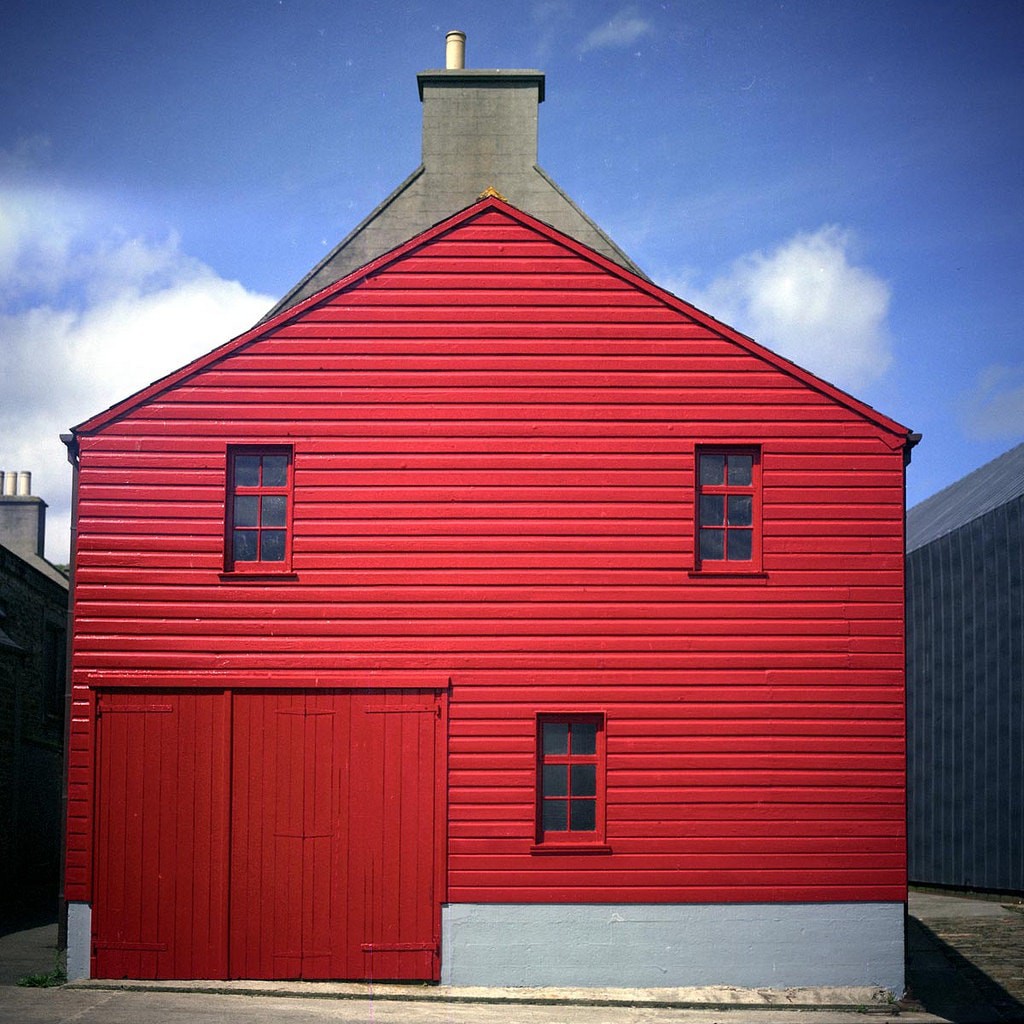 Orkney’s Italian Chapel or La Bella Cappella Italiana is as soul-capturing as the story behind it. This architectural masterpiece sits alone marooned on the pint-sized uninhabited island of Lamb Holm.

It was built during WWII by Italian prisoners of war who were shipped to Orkney to construct the Churchill Barriers at Scapa Flow.

Demoralised and starved of freedom, these prisoners found spiritual liberation in creating this beautiful and highly ornate Catholic chapel from two old metal Nissen huts. The detailed interior mimics a heavenly snapshot from a dream. 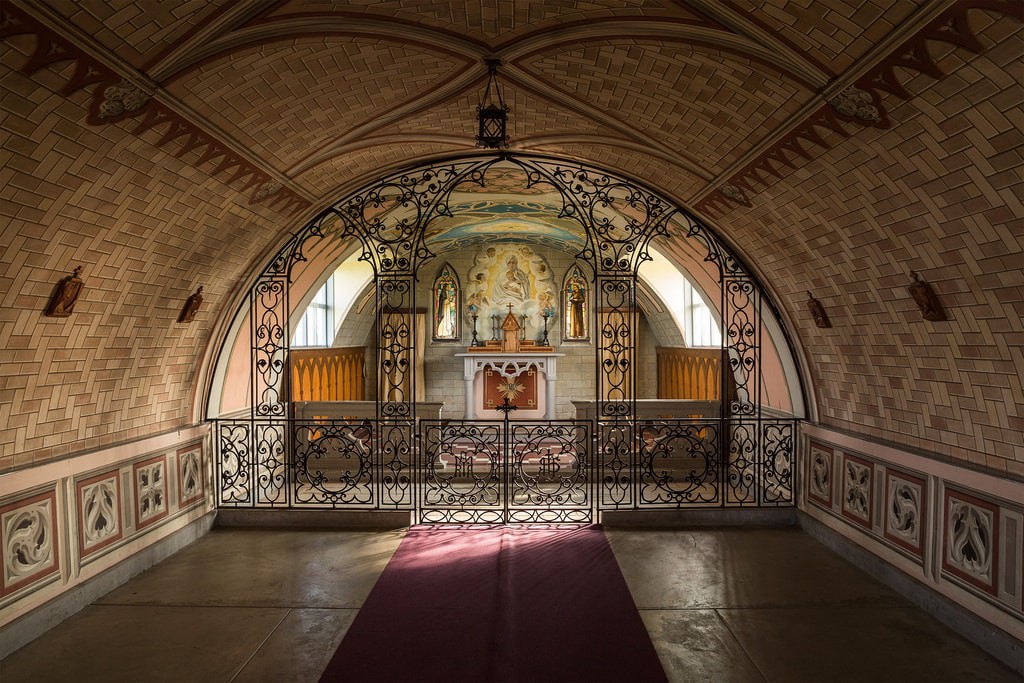 Scapa Flow, the body of water around Orkney, is a perpetual source of wonder to those with a passion for maritime archaeology and history.

This underwater oasis, famed as a world-class wreck resource and an unrivalled wreck-diving spot, boasts pockets of wreckage suited to both beginners and advanced technical divers.

Huge battleships, smaller blockships and seven warships of the German High Seas Fleet make up the historic underwater environment at Scapa Flow and surrounding areas, providing a unique glimpse into a bygone past. 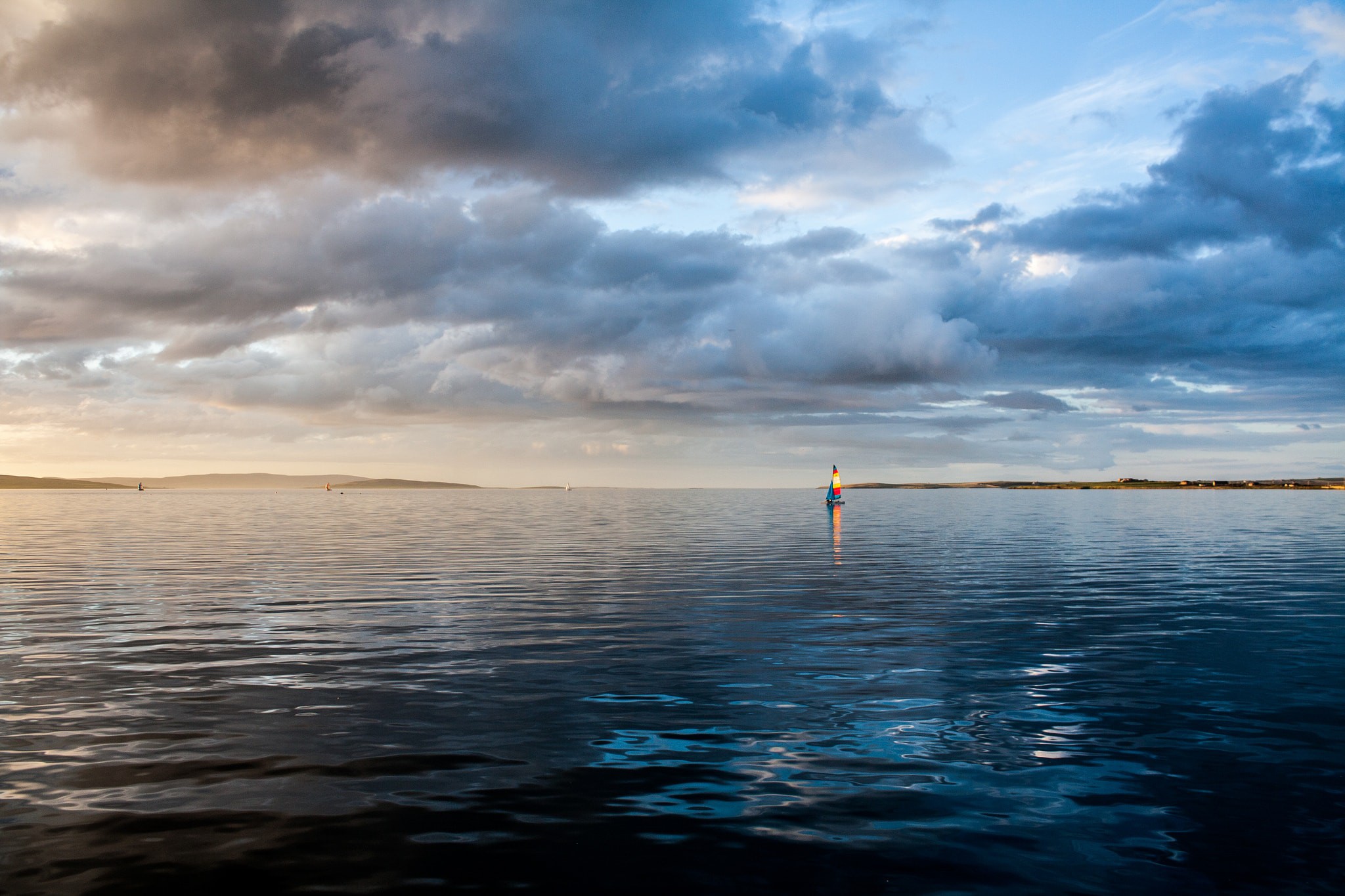 When the aurora borealis casts her spell, there’s nothing better

A spellbinding showcase of Mother Nature’s wondrous ways, Orkney is a prime destination for gazing up at Scotland’s Northern Lights.

Due to the location and lack of light pollution, the result transcends the wildest of imaginations, especially when these Mirrie Dancers (as they’re called in Scotland) cast their magic and illuminate the ancient sites. Aurora’s great flashes of green, purple and red paint the Orcadian heavens as the seasons start to transition from summer to autumn. 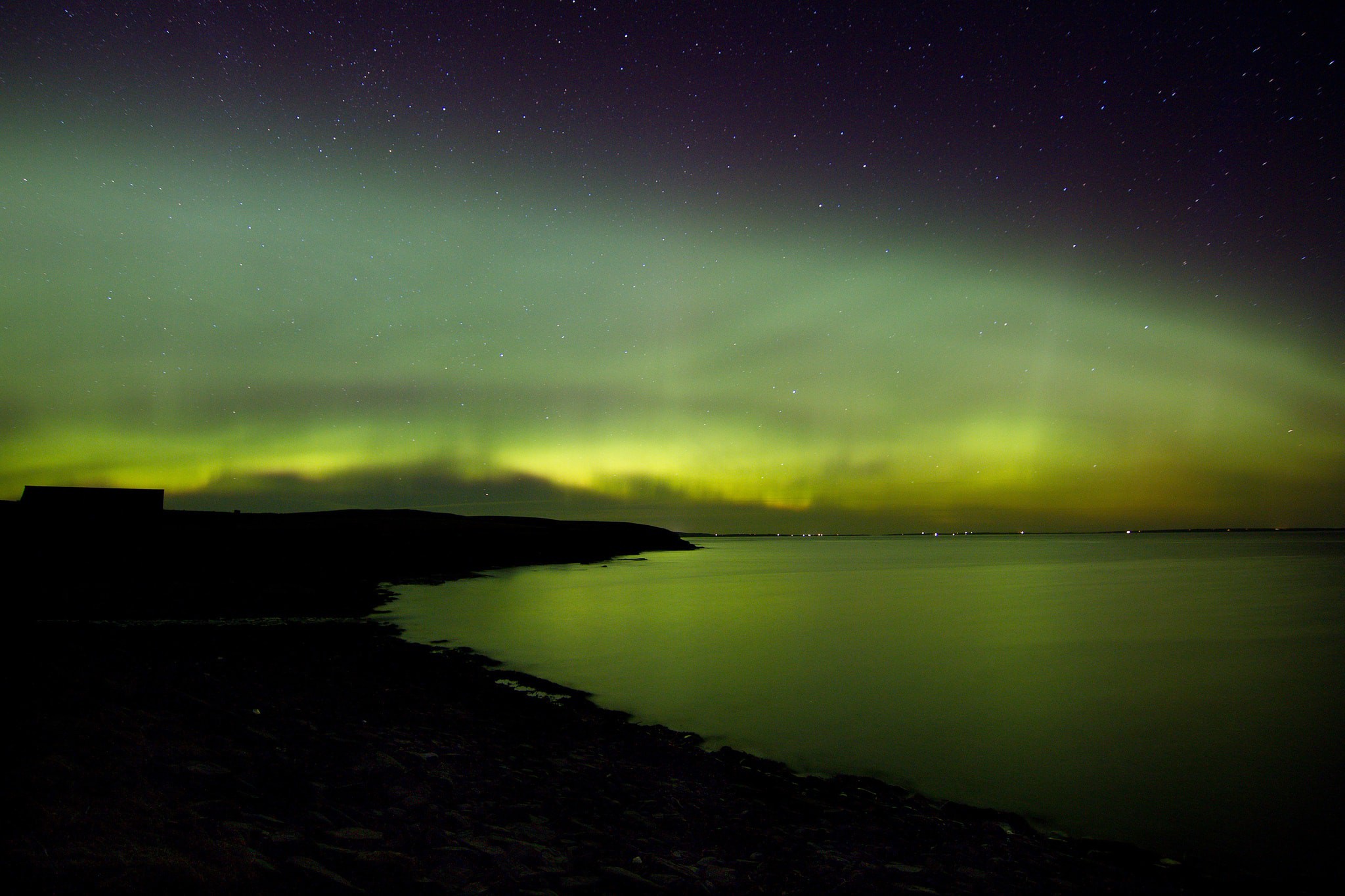 Orkney is home to the shortest flight in the world

At just 90 seconds or a record-breaking 57 seconds with a favourable wind, the world’s shortest flight takes place between Westray and Papa Westray. Operated by Loganair, the route is a lifeline for locals and has formed an air bridge over the neighbouring islands for more than five decades since 1967.

Two hardy wee eight-seater planes transport passengers between these atmospheric isles. Newcomers even get a certificate! Between the breathtaking views, thrilling flight and unique airport experience, this is one for the bucket list. 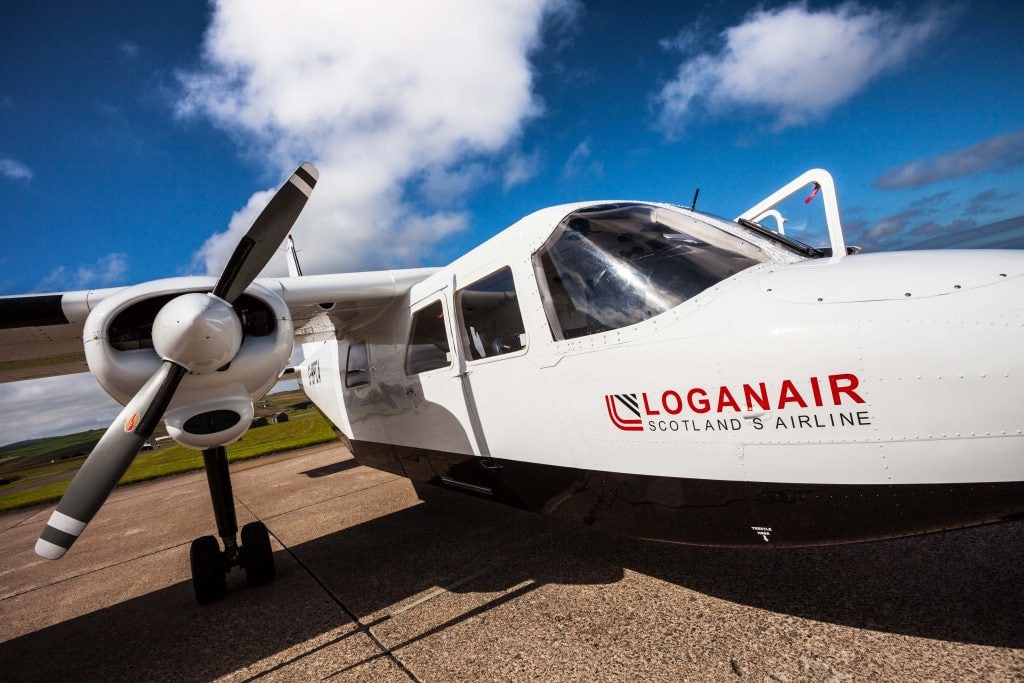 As Orkney’s second largest island after the Mainland, Hoy is awash with hidden gems, hilly terrain and immense natural splendour. Found rising out of the rippling sea is the Old Man of Hoy, a massive 450-foot (137-meter) sea stack made from sandstone.

As one of the tallest stacks in the UK, this old man is somewhat of a pilgrimage site for daring climbers and adrenaline junkies alike. Along with beautiful walking routes and rugged Highland scenery, Hoy boasts the highest hill in Orkney and the tallest vertical sea cliff in Britain in the form of St John’s Head. 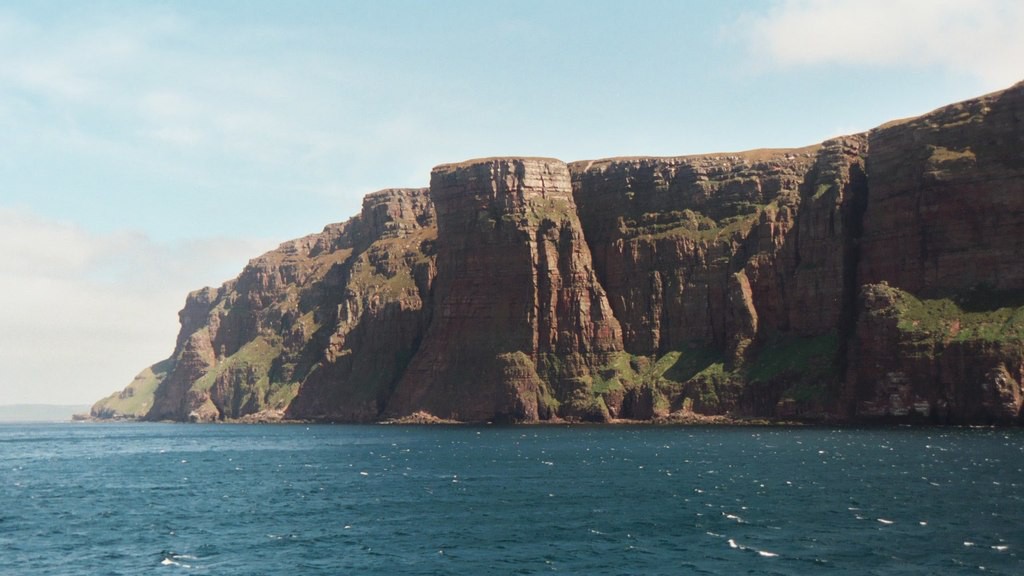 Orkney has some of Scotland’s best walking routes, including a tidal island

The walking routes and hiking trails are never-ending, and each boasts a new surprise around every far-flung corner. The Brough of Birsay is a tidal island awash with wildflowers and embellished with Pictish, Norse and medieval remains. Better still, it can only be reached during low tide. Test the waters and risk being marooned! 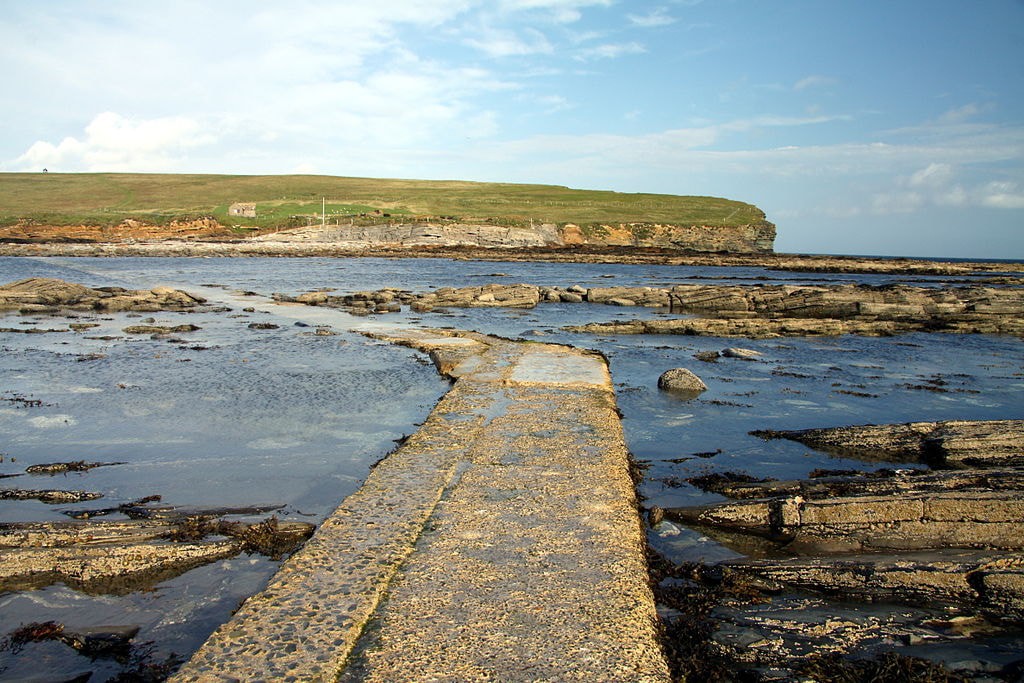 Footpath to the Brough Of Birsay | © Chmee2 / WikiCommons

The islands are awash with infinite bird- and wildlife-watching opportunities

Orkney’s vibrant wildlife population owes credit to the diverse range of habitats, which span from sea cliffs and wetland to farmland, rolling moorland and more. With an impressive 13 RSPB reserves, it’s no surprise that the islands are home to numerous bird species, including a vast amount of rarer migratory birds.

Noup Cliffs on Westray is one of the most awe-inspiring bird-watching spots, as is the island of Hoy. Resident Orkney birds include puffins, hen harriers, curlews, short-eared owls and red-throated divers, to name a few. 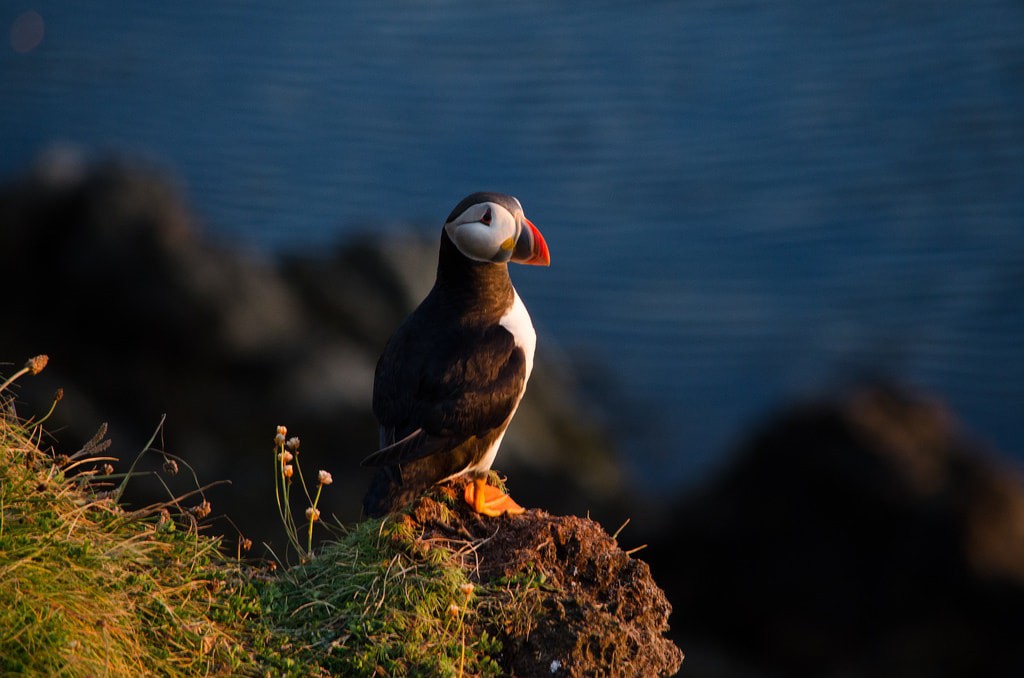 Stromness is about as picture-perfect as it gets

Kirkwall, Orkney’s capital, is an absolute joy with its Ba’ Game heritage and beautiful sites like St Magnus Cathedral and Bishop’s and Earl’s Palaces. Stromness also has something special.

Picture-friendly historic streets wrap around the buildings of this sea-trimmed town, tracing the way to the cluster of independent shops, arts and crafts galleries and delightful eateries like tearooms brimming with homemade baking and restaurants overflowing with fresh seafood and shellfish. The renowned Pier Arts Centre is another top attraction. A wee slice of island bliss. 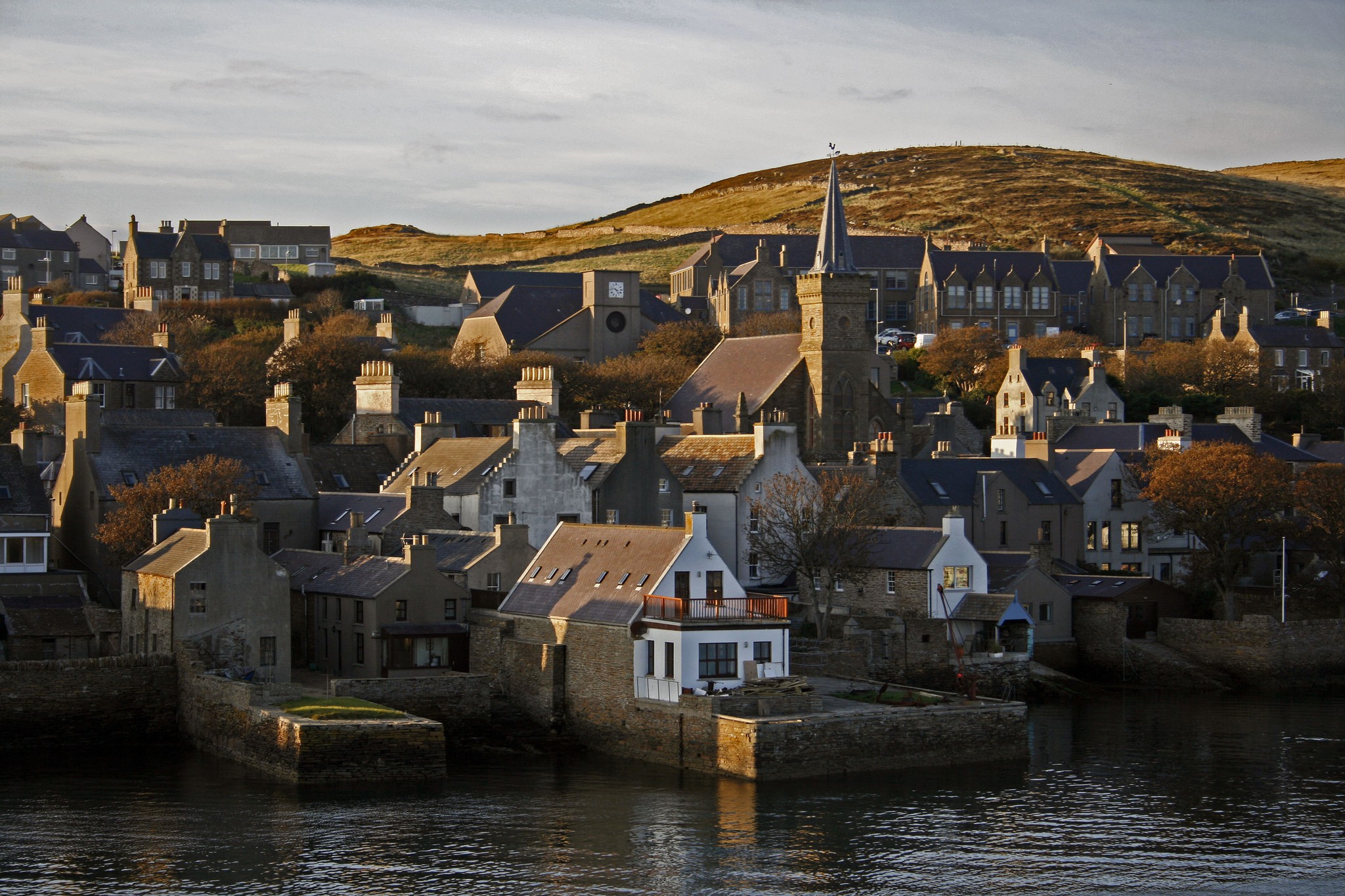 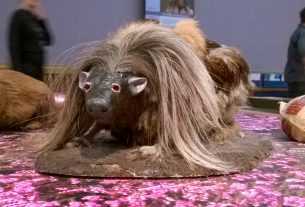 What Is Haggis? The History Behind The Scottish Delicacy 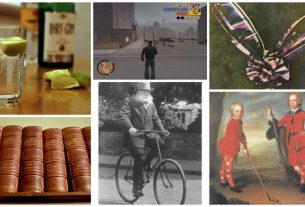