Australia is the largest country in Oceania and is enclosed by the Indian and Pacific Oceans. A traveler’s paradise, Australia is a county on almost every tourist’s travel bucket list, if not for the Sydney Opera House then for the Great Barrier Reef or the Outback with its gigantic Uluru rock.

But, Australia isn’t all about the big sights and popular cities, the country is also home to many small towns which are equally rewarding in terms of attractions while at the same time offer a more laid back and peaceful atmosphere. Here’s our pick of the most scenic small towns in Australia. 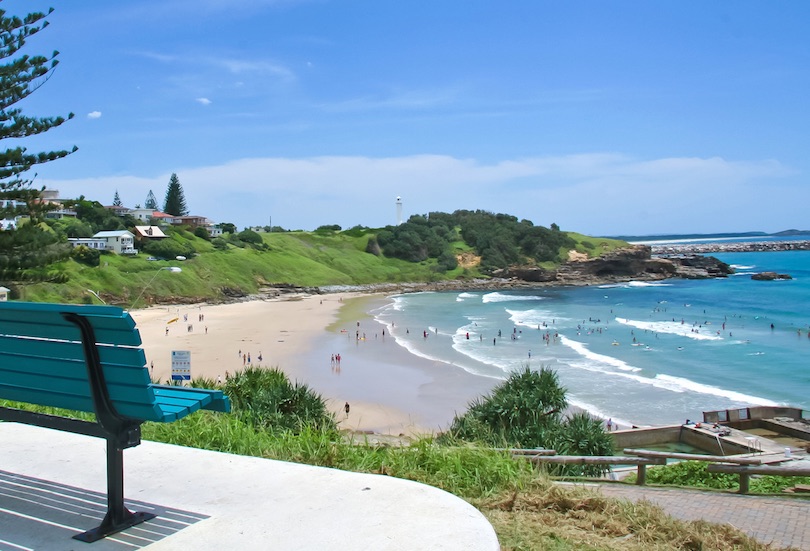 Australia has a massive coastline and most of it is known for its popularity among surfers. Having said that, the little town of Yamba in New South Wales is known for its perfect climate, a quasi-bohemian way of life, and the town’s crown jewel – the celebrated and perfidious Angourie Point Break. However, for beginners, Turners Break is a better and safer option.

The area is also famous for dolphin and whale spotting while camping and swimming are equally popular. Yuraygir National Park is one of the biggest tourist sites here and is perfect for multi-day hiking. 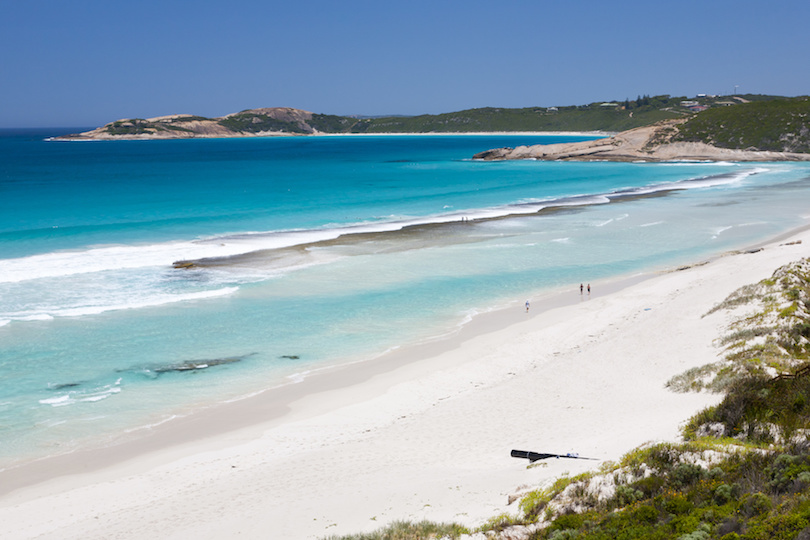 Located in Western Australia, Esperance is supposedly considered as not just crazily gorgeous but also the most exquisite beachfront in the country. This charming small town is home to the world-renowned Pink Lake, officially known as Lake Hillier. Take a day cruise to one of the many isolated rock islands lining the coast or if the season is right, camp out in the middle of one of the islands, surrounded completely by nature and aquamarine water.

Spend the day sunbathing with kangaroos at Cape Le Grand National Park or indulge in water sports such as snorkeling, scuba diving, and of course, surfing – after all, Esperance is home to the world’s heaviest wave known as Cyclops. 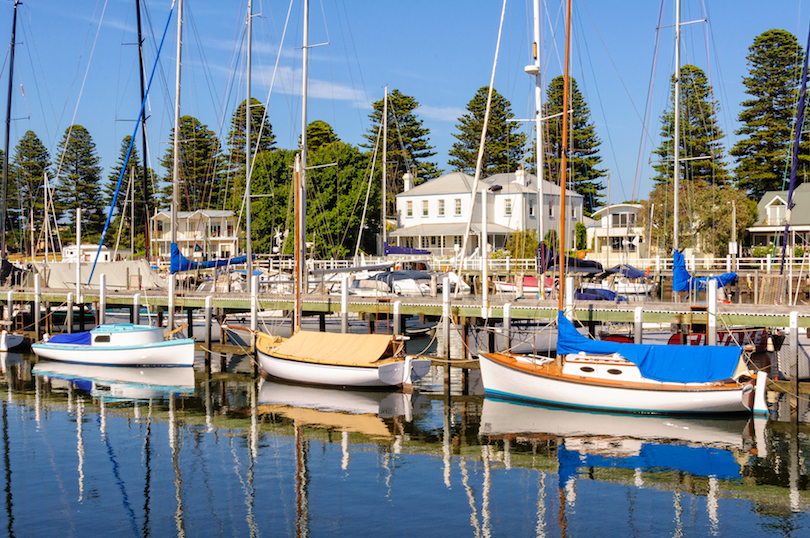 The oldest port in Victoria, Port Fairy has long been known for its fishing and tourism industry. Once voted as one of the most livable towns in the world, Port Fairy’s rich history is evident through its more than 50 historic structures spread across the town’s streets.

The town’s buzzing art scene and the fishing lifestyle are two of the primary attractions. Port Fairy also plays host to one of the largest and the oldest folk music festivals in Australia – the Port Fairy Folk Festival. 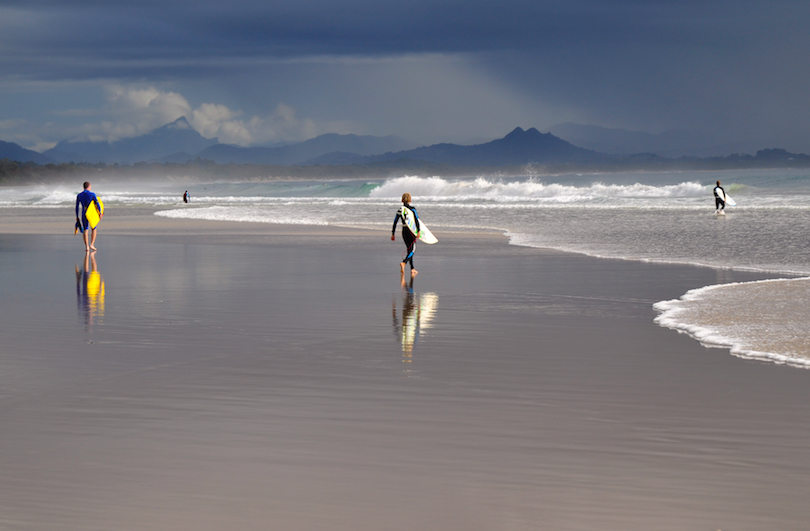 A laid-back, hippie-like ambience with a pinch of luxury and extravagance makes the charming seaside town of Byron Bay a great holiday spot. Home to some of the most pristine beaches in the area, splendid coastal trails, and extraordinary underwater life, Byron Bay is a haven for surfers, snorkelers, divers, and kayakers.

When you are done exploring the land and sea, fathom the sky that extends over Byron Bay by taking a hot-air balloon ride. For an extra shot of adrenaline, try tandem skydiving and hang-gliding. 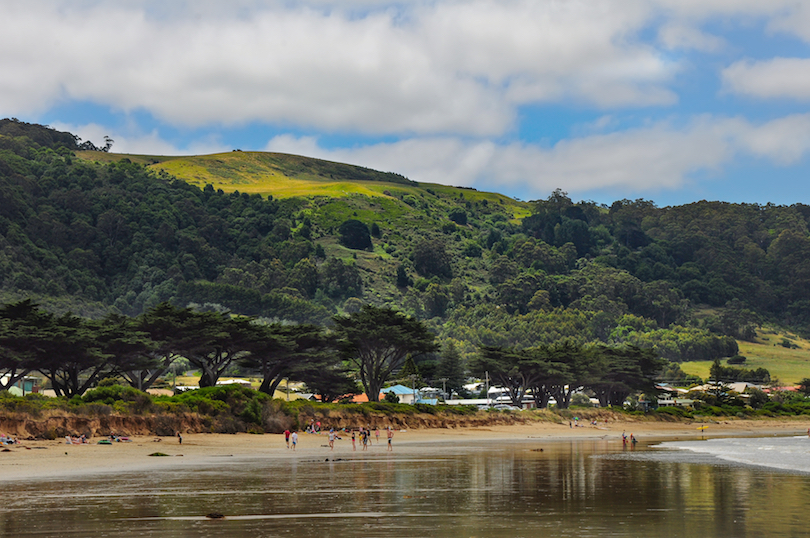 Situated along the Great Ocean Road, Apollo Bay is the starting point for the Great Ocean Walk and is only about half an hour from the extremely prominent Hopetoun Falls. Around a couple of hours from Apollo Bay is the iconic Twelve Apostles and the lesser-known but equally stunning Lock Arc Gorge. Surfing, Zip lining, scuba diving, caving, and fishing are some of the popular activities in the area in and around Apollo Bay. 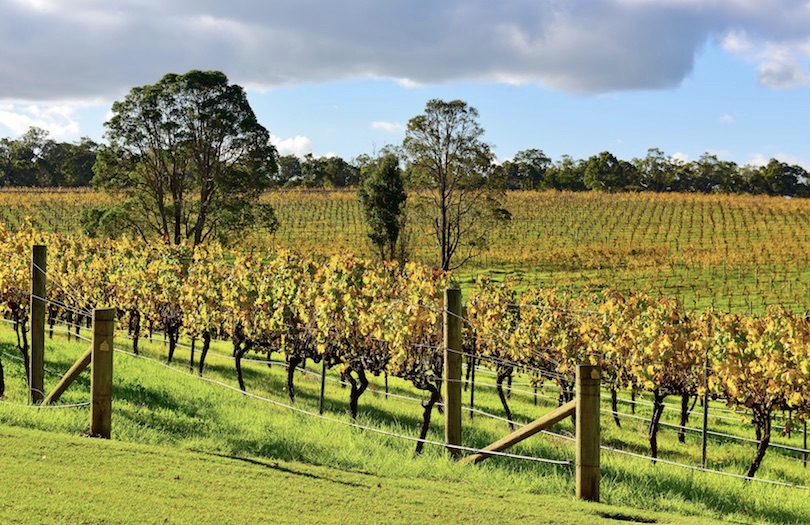 Often called the unofficial capital of Western Australia, Margaret River is characterized by its world-class surfing location of Margie Rivs, the surrounding Margaret River Wine Region, and its renowned caves, of which the multi-chambered Mammoth Cave is known to house fossils that date back to more than 35,000 years.

However, the most stupendous fact about the town is its location in the heart of a globally acknowledged biodiversity hotspot, one of the only 34 in the world and the only one in the country. 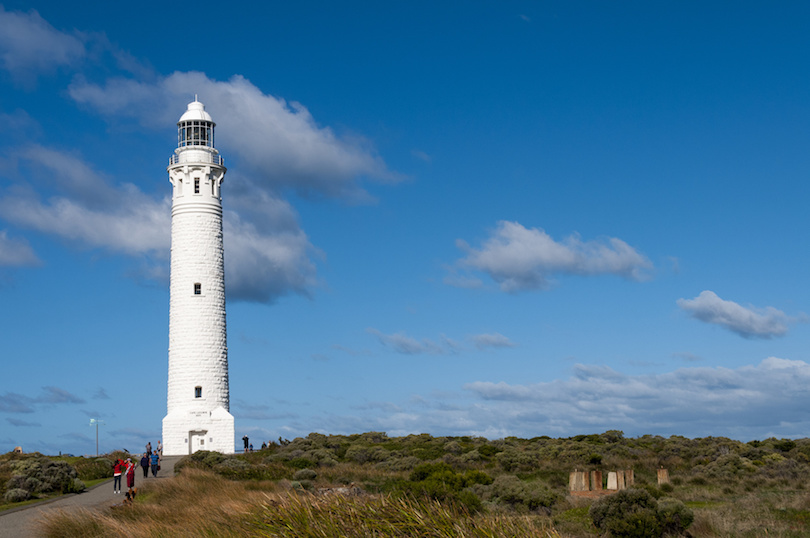 The pleasant little town of Augusta sits on the Blackwood River estuary and is encircled by the Jarrah Forest. Despite a sleepy and laid-back population and a chilled out atmosphere, the town is highly popular among visitors.

When here, visit the famous rocky headlands of Cape Leeuwin, the white-sand beaches, the remarkable Jewel Cave at Hamelin Bay, and the Historical Museum. If you have a boat and diving experience, don’t miss the Hamelin Bay Wreck Trail. 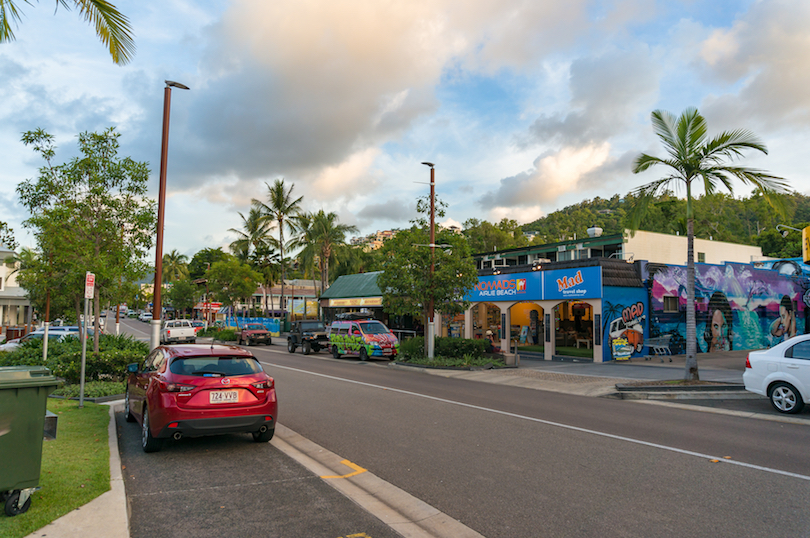 A quintessential beach resort town on Whitsunday Coast in Queensland, Australia, Airlie Beach is the gateway to the Whitsunday Islands and the extremely distinguished Great Barrier Reef. High on nightlife with several clubs and backpacker bars dotting the little town, Airlie Beach offers the perfect opportunity for plenty of water activities such as day cruises, sailing trips, snorkeling, scuba diving, jet skiing and much more.

You could also enjoy air tours over the town and its nearby islands. For swimmers, it is best to head to the man-made lagoon as the beach on Airlie is inhabited by a great population of jellyfish. 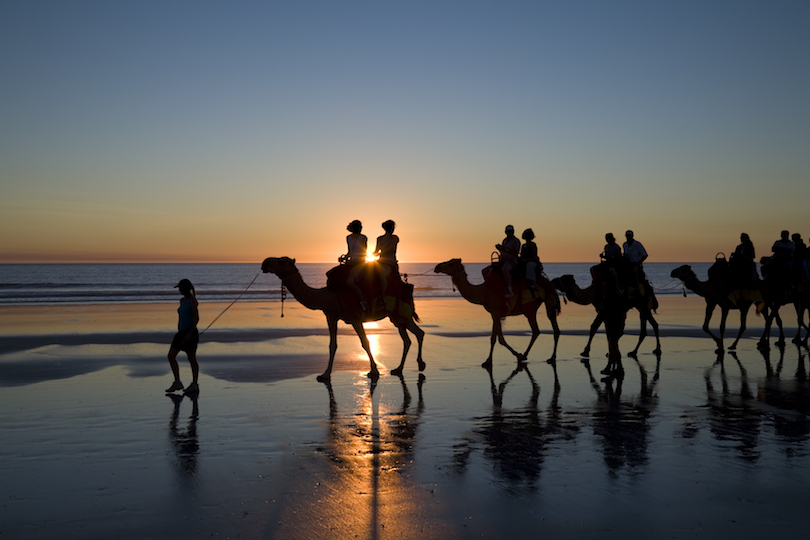 A seaside town in Kimberley, Western Australia, Broome is unofficially regarded as the “pearling capital of Australia” due to its pearling history that dates back to the 1880s. Cable Beach is perhaps the most famous attraction in the area, mainly so because of its 14-mile stretch of soft, white shoreline which is best experienced during sunrise or sunset – taking a sunset camel ride is the most beautiful way of watching the sun sink behind the horizon.

Another highly sought-after activity is to embark on a cruise to Kimberly and explore its waterfalls and red cliffs. Take time out to delve into the town’s pearl history and visit the many aboriginal structures spread around the town. 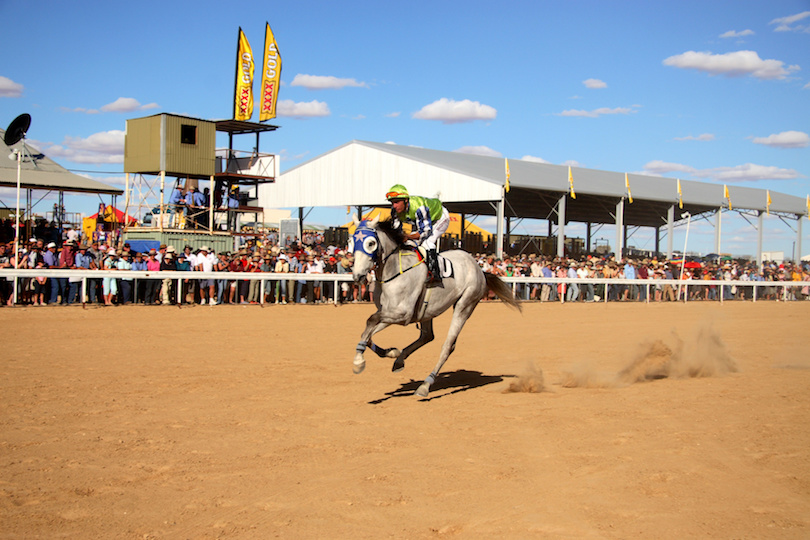 This is your chance to experience the true outback Australia. Birdsville is surrounded by wilderness typical to the Queensland region and at the same time, this small town enjoys the exquisiteness of the Diamantina River and the austerity of the Simpson Desert.

Try to plan your visit in September to enjoy the annual Birdsville Cup – the yearly horse-racing competition that attracts thousands of visitors from around the country. Either way, a beer at one of the traditional outback pubs, a 4WD excursion to the imposing sand dunes, and a flight to the picturesque Lake Eyre are good enough reasons to visit. 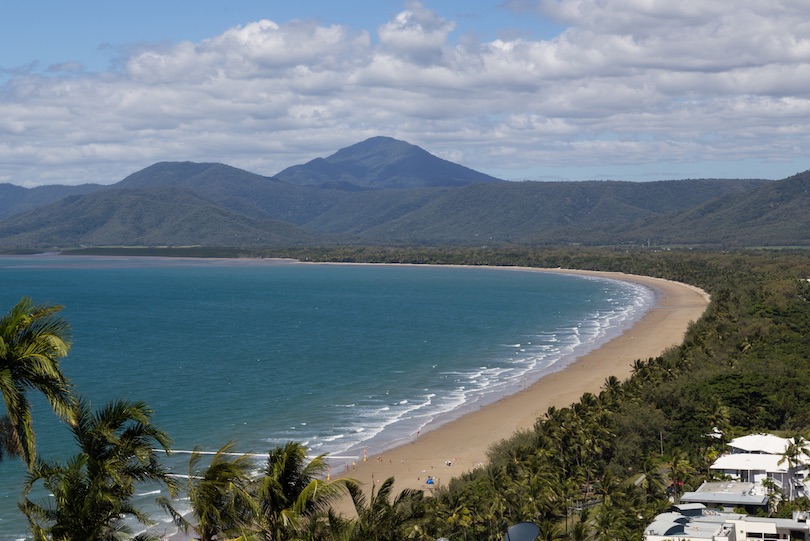 A quaint, beautiful fishing village on the Coral Sea, Port Douglas is known as the entrance to the Great Barrier Reef, the largest reef system in the world as well as the Daintree National Park, home to the world’s oldest living rainforest.

However, the supreme attraction in the town is the stretch of palm-fringed, white-sand coastline aptly named as the Four Mile Beach. A great spot for swimming, snorkeling with turtles and some beach volleyball, Port Douglas also plays host to a number of delightful seafood eateries. 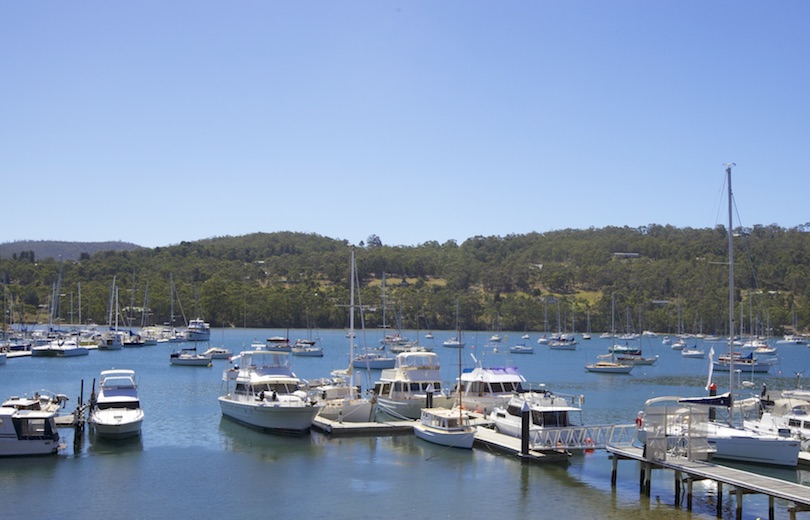 A cuddly, little township, Cygnet lays tucked amid D’Entrecasteaux channel and the Huon river. Over the period of time, the town has evolved into an artsy community while still functioning as a significant fruit-producing area.

Surrounded by natural landscapes all around, Cygnet’s popular attractions include the Randalls Bay, the Verona Sands, the Cygnet Art Trail, and the many wineries. For something more adventurous, hike through the gorgeous hills that surround the town. 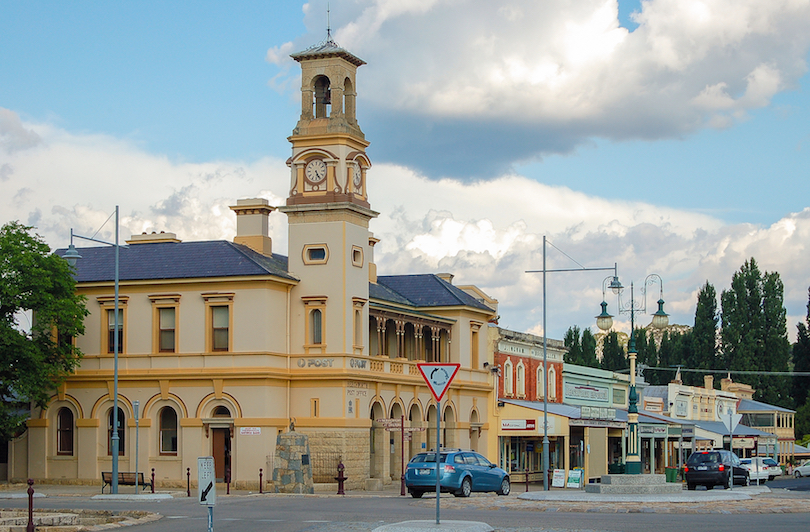 An extremely well-preserved historic town, Beechworth has come a long way from being a major town during the gold rush days to a town known for its wineries and tourism business. The town is also home to many notable museums and annual festivals. Visit the Woolshed Waterfalls, Beechworth Historic Courthouse, and for something eerie, take a ghost tour to the Beechworth Lunatic Asylum. 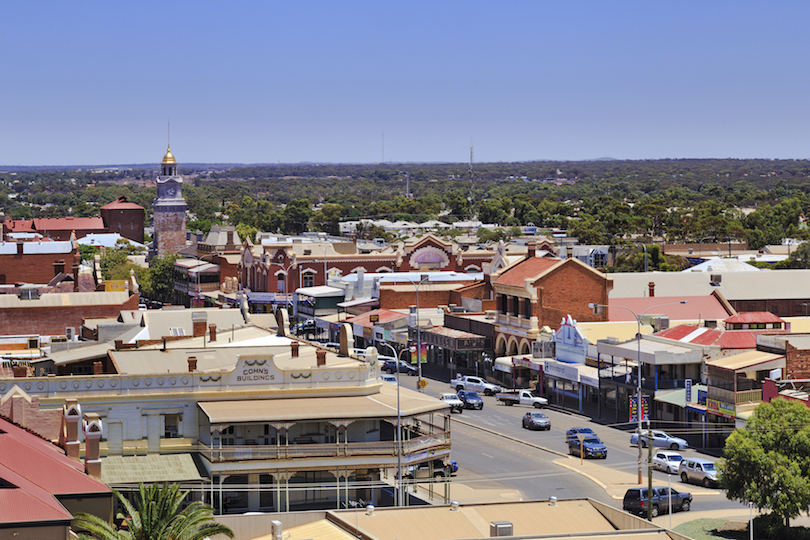 A classic country town in Western Australia, Kalgoorlie retains its old-worldly charm and a 19th century appearance. The presence of gold in the area makes for an adventurous experience for visitors who can participate in exploring one of the gold mines such as Superpit.

If you are here between August and October, don’t miss the wildflower season. Kalgoorlie is also an extremely RV-friendly town, so you can conveniently pitch up your very own motor home here. The area is also dotted with museums and mines highlighting the importance of gold for the town. 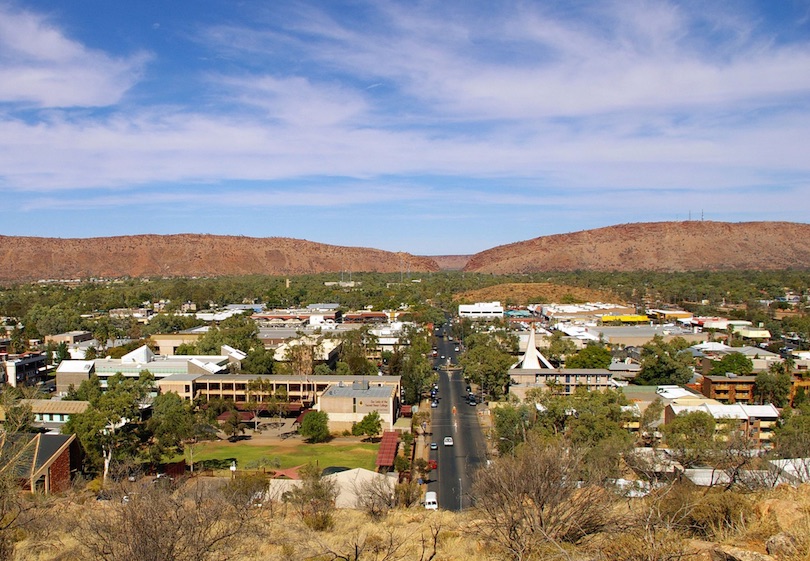 Usually referred to as “Alice,” Alice Springs in the Northern Territory could very well be regarded as a sanctuary to Australia’s outback charm. A pioneering history, deserts as far as the eyes can see, breath-taking gorges, and well-established historic Aboriginal communities, Alice Springs serves as the base for various hikes and other such outdoor activities.

The most prominent factor of this small town is its “close” proximity to Uluru, Kata Tjuta and the Kings Canyon. The town hosts quite a few annual events so check the calendar before you arrive. Activities such as Outback Ballooning, Camel Rides, and Quad-biking are extremely popular in the area. Clear stargazing can also be enjoyed in the town so wherever you are, just tip your head over and admire the sheer beauty.

7 Best Places to Live in Australia 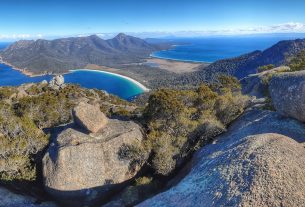