With rugged coastlines, ethereal cascades and entrancing geological formations, Victoria’s diverse landscape has much to offer photographers, tourists and locals alike. To get you started on your quest to visit the state’s natural wonders, Culture Trip has put together a list of 17 spectacular sights.

Attracting over 1.2 million visitors annually, The Twelve Apostles is a group of windswept limestone pillars formed over millions of years. Located on the scenic Great Ocean Road, the stacks are best viewed at dawn when the coastline is bathed in pastel light. 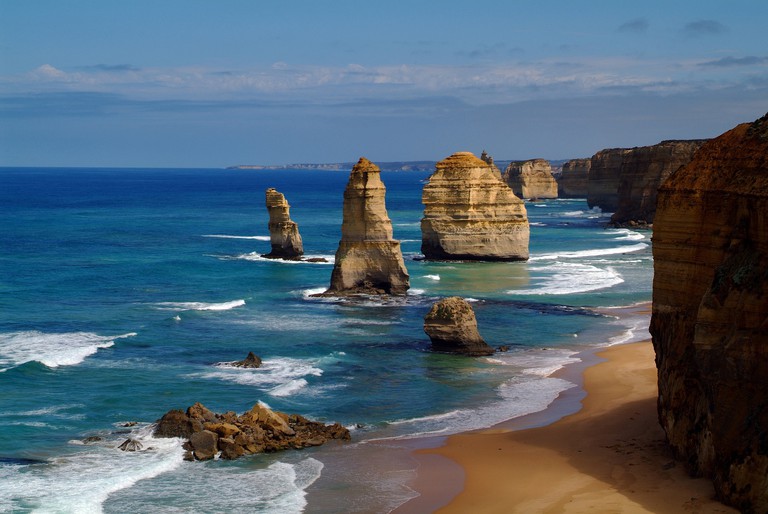 On Phillip Island’s southernmost point, you’ll discover a scene straight out of a Tolkien tale. The Pinnacles of Cape Woolami are a group of pink granite stakes rising from the perilous sea. Best seen during low tide, The Pinnacles can be reached via a walking track which is four kilometres long. 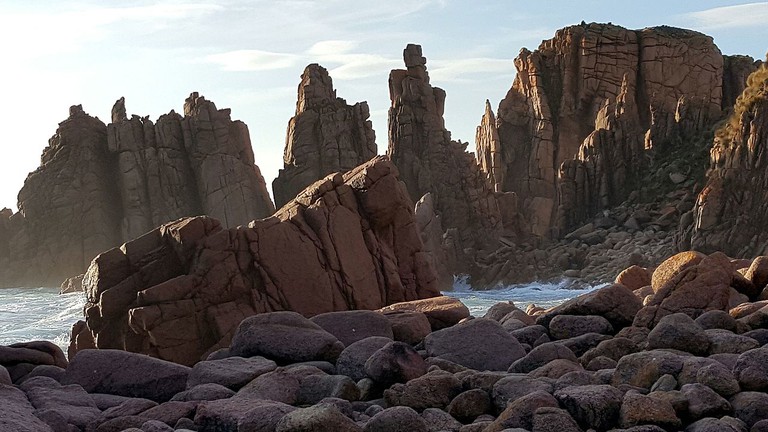 Listen as the tide stirs and resonates inside the limestone walls of the cave that has been carved out at the end of Elephant Rock. Located on the Great Ocean Road, visitors can find The Blowhole by following the marked gravel path. 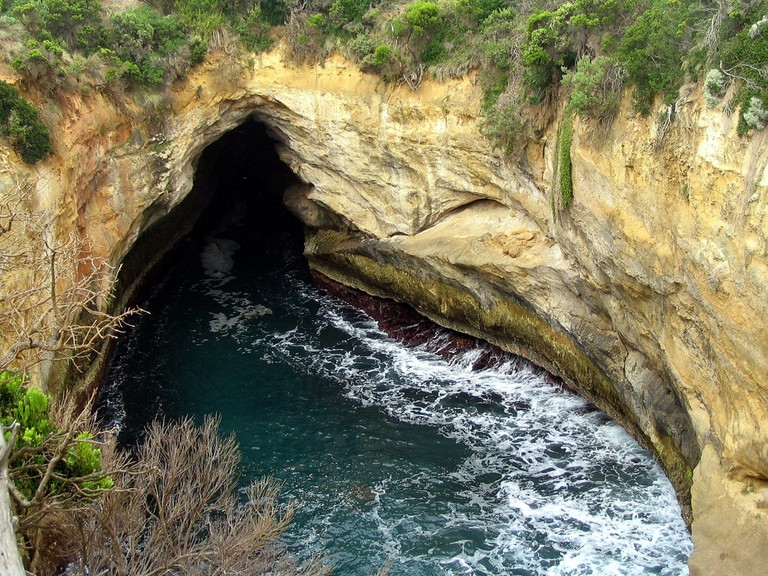 One of Victoria’s youngest volcanoes was the site of approximately 40 ferocious eruptions points. Part of the Kanawinka Geopark, Red Rock is 17 kilometres from Colac and consists of maar craters, lakes and scoria cones. For panoramic views of the area, visit the western viewing platform.

Resembling cathedral organ pipes, the 70-meter basalt columns were formed approximately one million years ago after Mount Holden erupted. As the molten lava cooled, it created a natural amphitheatre. Situated in Keilor North, the parkland has an awe-inspiring effect on all who visit. 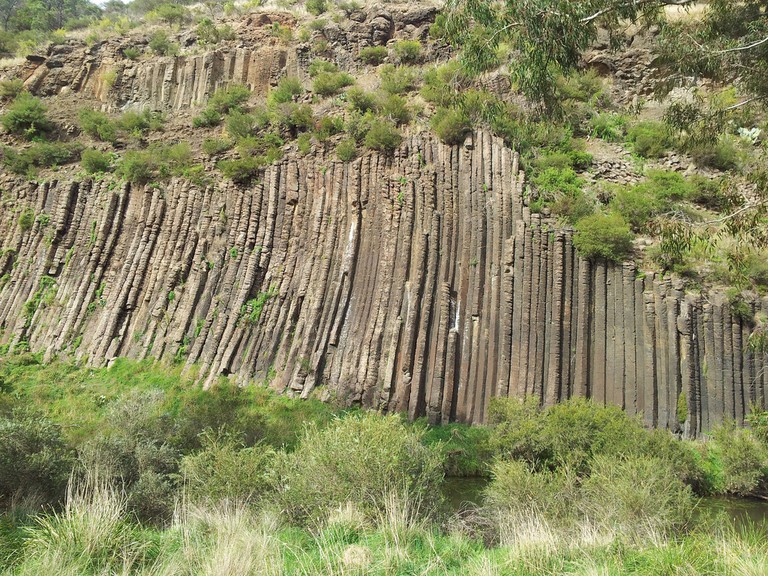 Named after the ship Loch Ard which tragically ran aground in 1878, Loch Ard Gorge is 3.5 kilometres northwest of The Twelve Apostles. Visitors can take the stairs down to the beach or visit the small museum dedicated to the sites history. 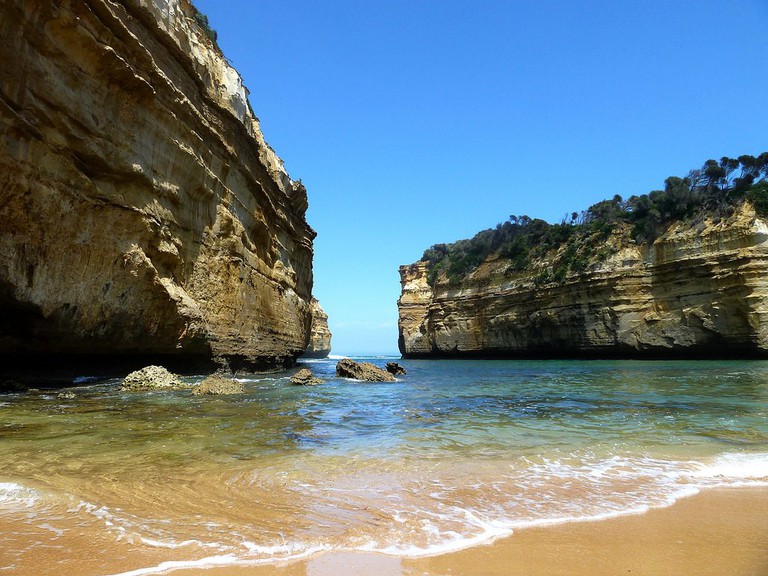 Created over six million years ago, Hanging Rock is a geological formation which continues to leave visitors spellbound. Infamously depicted in Joan Lindsay’s ambiguous but fictional novel, the area still lures tourists much like the girls were lured to the rock on that mysterious day in 1900. 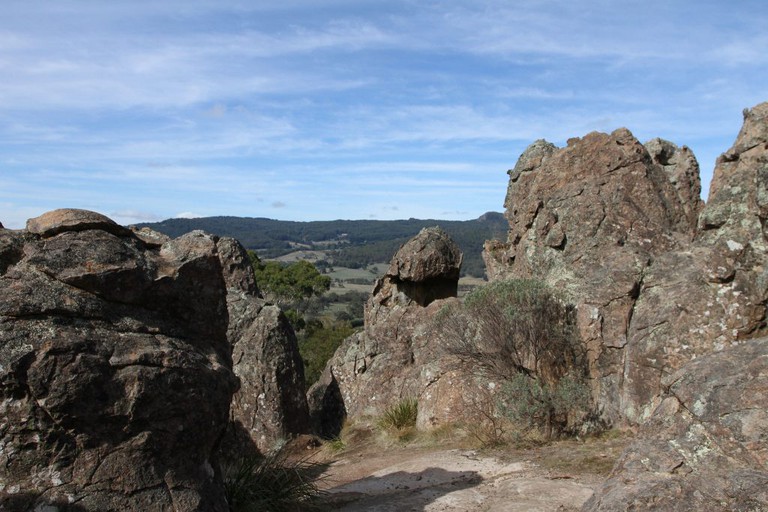 View out from Hanging Rock │© raider of gin/Flickr 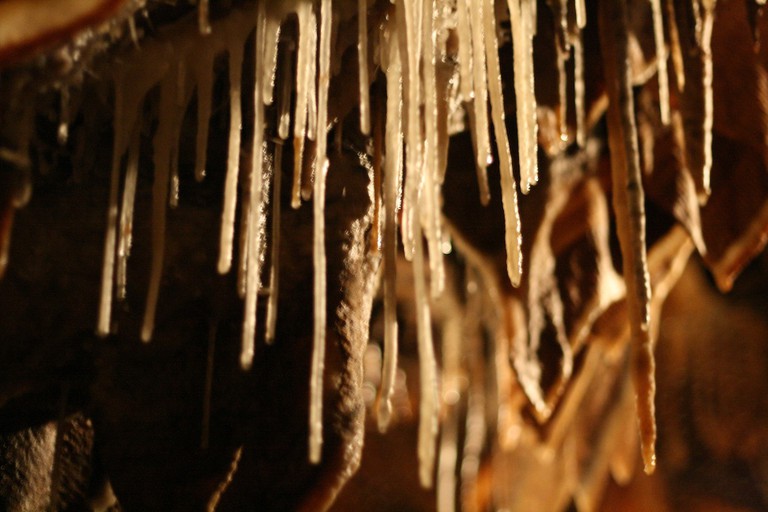 Located in the northwest corner of Victoria inside the Murrary Sunset National Park are four unusual pink salt lakes. Lake Crosbie, Lake Becking, Lake Kenyon and Lake Hardy acquire their colouring from the presence of red algae. Dependent on the time of day and the weather, the lakes can change from salmon pink to bright white. 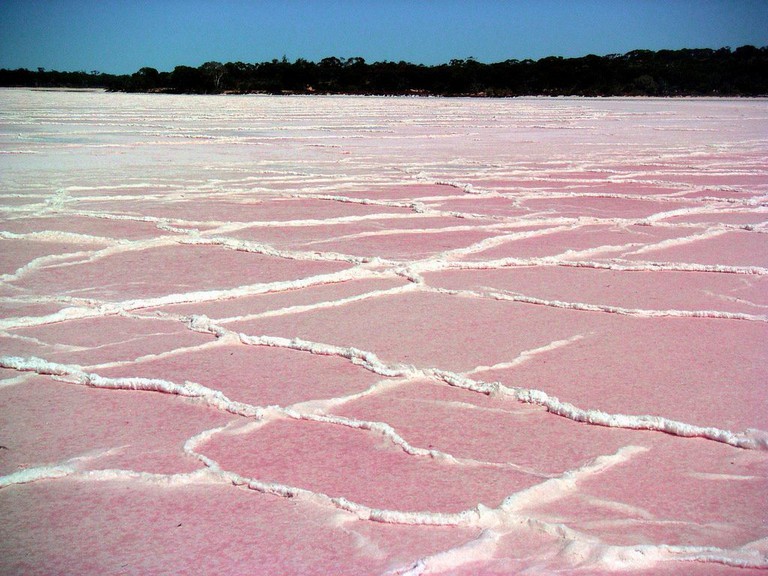 Watch as water cascades over the edge of Victoria’s largest waterfall in the Grampians National Park. MacKenzie Falls can be seen from the base of a steep downhill trail as well as from the platform at the Bluff. 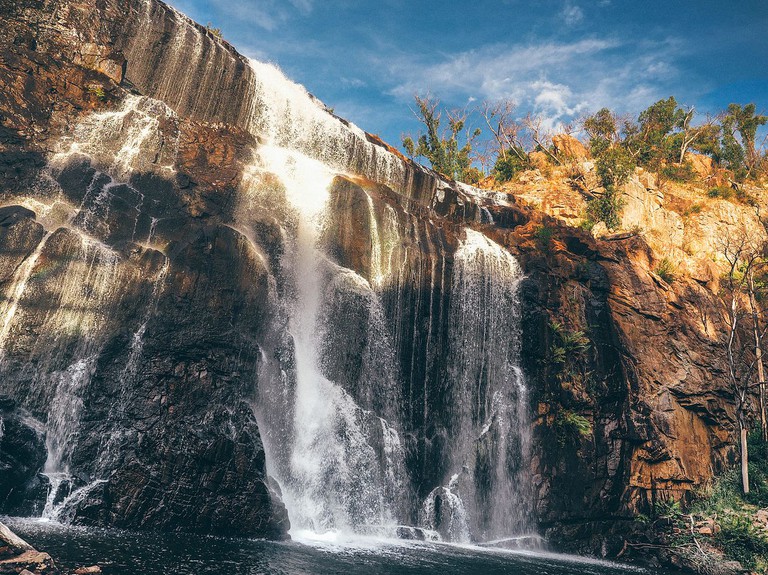 Located off Point Grant, The Nobbies was the place where Captain Wetherall raised a flagstaff in 1826. The area is also home to Australia’s largest fur seal colony and Phillip Island’s Blowhole, which roars to life during massive southern swells. 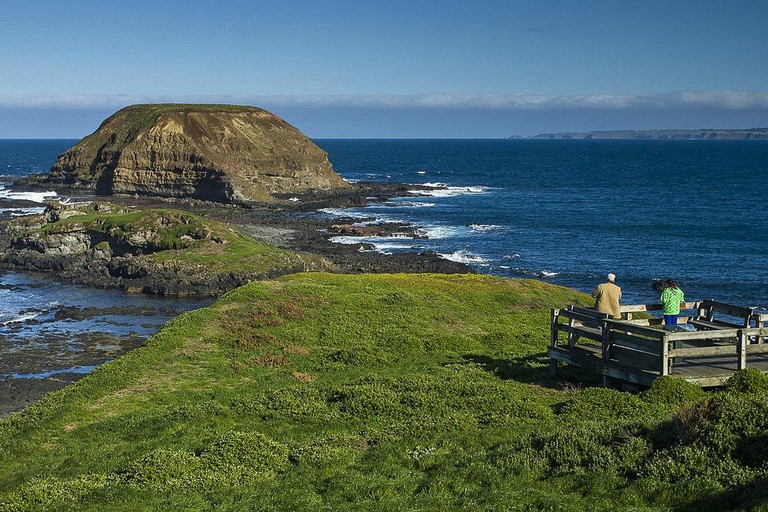 Five kilometres off the coast of Wilsons Promontory is an isolated island, which resembles a human skull and has hosted fewer visitors than the moon. Large enough to fit the Sydney Opera House, the cavern on Cleft Island is said to have once been the target for cannonball practice. 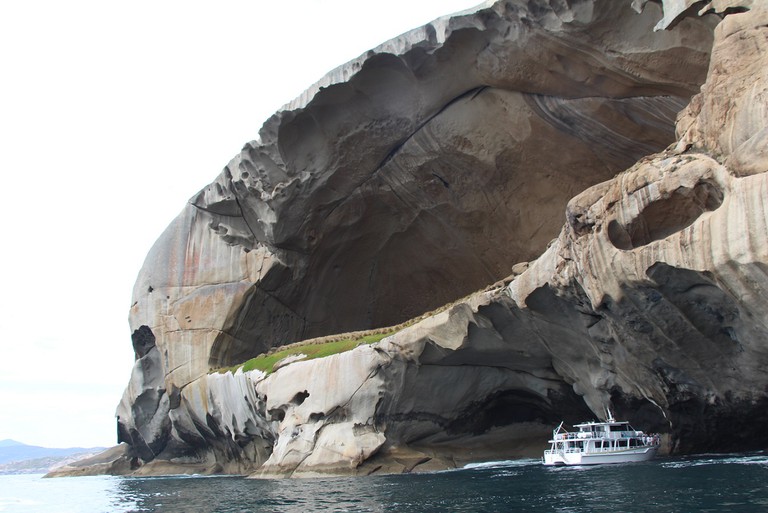 One of Victoria’s most popular natural wonders is the London Arch, formerly known as London Bridge until the section closest to the mainland collapsed in 1990. Prior to the collapse, visitors could walk across the bridge, however nowadays people can enjoy the view from two different platforms. 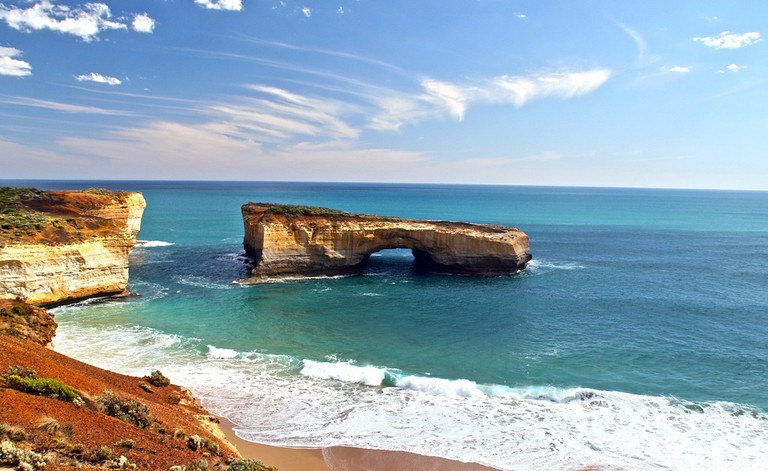 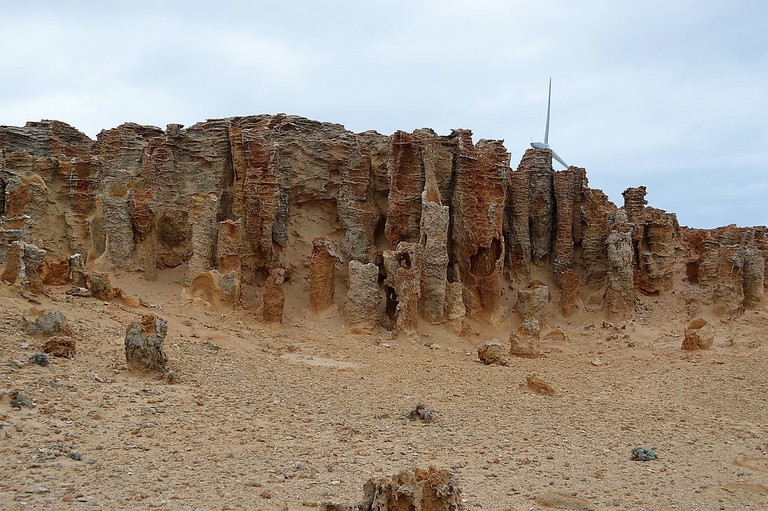 Cape Bridgewater’s Petrified Forest is named so because the cylindrical limestone pipes appear to be fossilised trees. In fact, the limestone tubes have been hollowed out as a result of millions of years of rainfall.

On the southernmost tip of the Mornington Peninsula, a jagged geological formation known as Pulpit Rock rises from Cape Schanck. The landmark can be seen from several lookouts dotted along the Cape Walk, or you can visit the Art Gallery of New South Wales where Nicholas Chevalier’s rendering hangs. 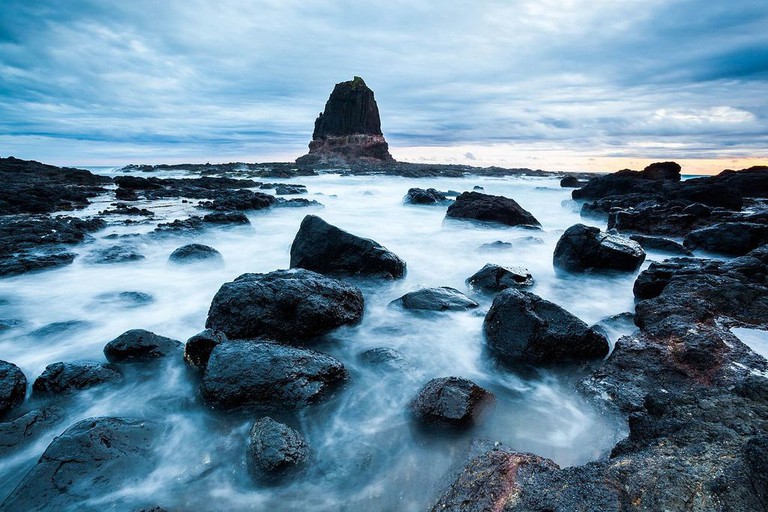 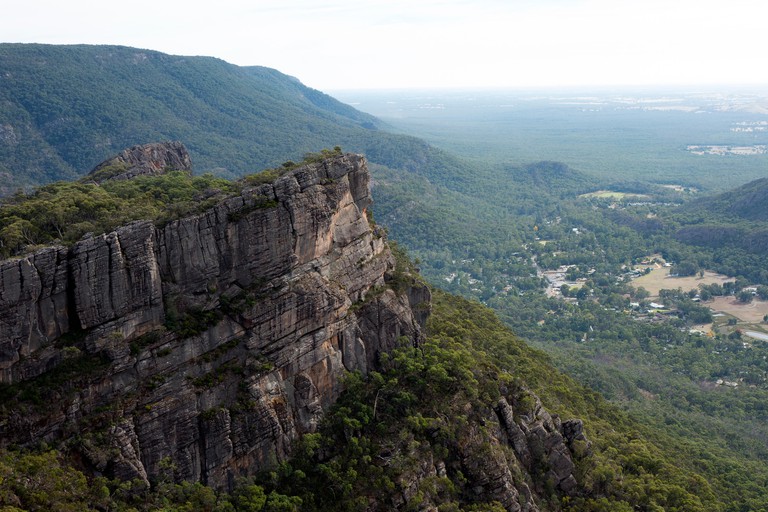 Marvel at the tremendous scenery of the Grampians from The Pinnacle, a rocky spur which extends from the cliff face. Accessible via both easy and challenging trails, the view of the Grampians National Park from the lookout is worth the hike.

Named after the only two survivors of the Loch Ard shipwreck in 1878 — Eva Carmichael and crewmate Thomas Pearce, these limestone stacks were originally connected by a natural bridge. In 2009, the arch tumbled into the sea as a result of erosion. 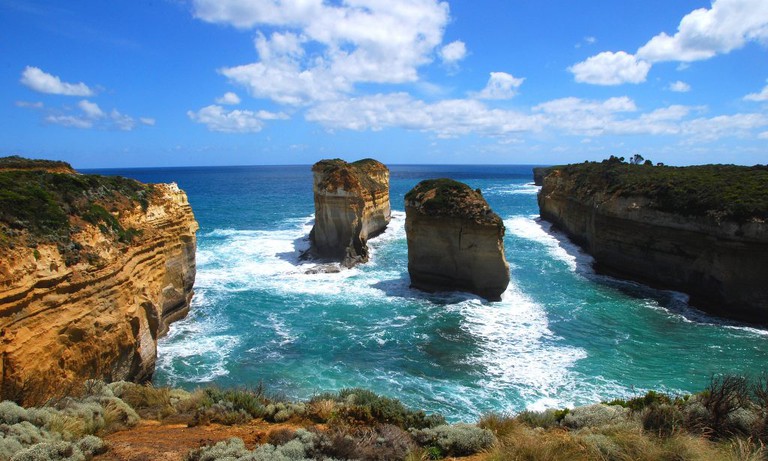 How to Spend 24 Hours in Brisbane, Australia