There are so many places in Portugal that make the locals proud; this list can only begin to scratch the surface. It’s a safe and friendly country full of rich culture, fascinating history, and delicious food, all of which which make it a great place to come from. Here are just a few of the epic places the locals are most proud of. 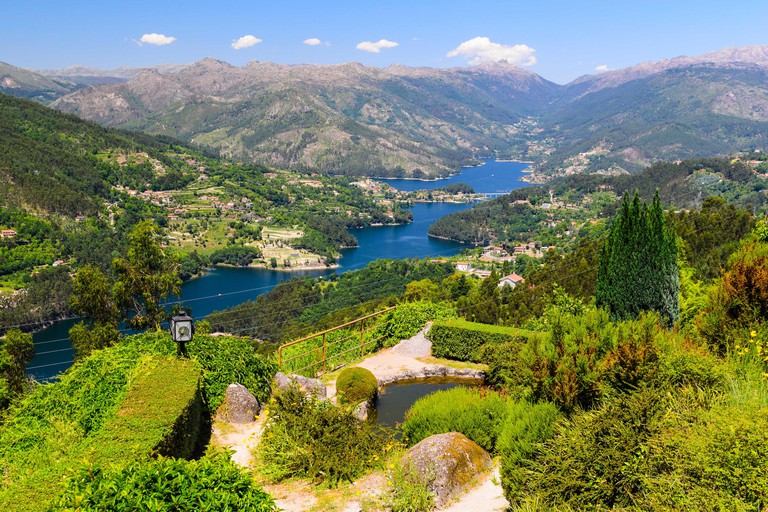 There are many parks in Portugal, but the Peneda-Gerês National Park is the largest. It’s a favorite hiking and camping spot, as well as a great place to do a spot of nature photography. Key features include the waterfall at Cascata do Arado, the park and church at the Santuario de Nossa Senhora da Peneda, and the Pedra Bela viewpoint, which offers fantastic views of the park.

Convento do Cristo in Tomar

Tomar is one of Portugal’s most underrated cities, which is really too bad considering its history and the breathtaking architecture all around it. The Convento do Cristo is one of its most beautiful landmarks. Also known as the Convent of the Knights Templar of Tomar, it was once their headquarters. This unique building has changed hands many times over the centuries and reflects various architectural styles from different periods, with a strong focus on Portugal’s manueline architectural style, also known as Portuguese late gothic. 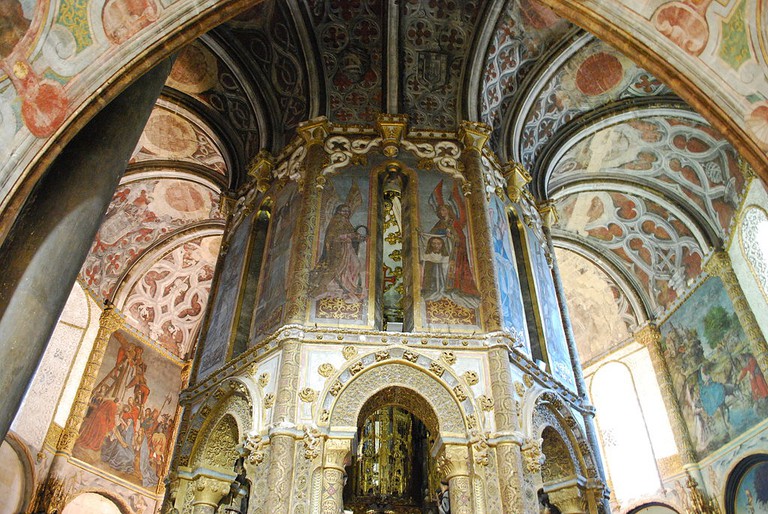 Inside the Convento do Cristo | © Concierge.2C/WikiCommons

The Azores are Portugal’s pearls in the Atlantic, and Sao Miguel Island is the largest. Waterfalls, hiking paths, and hot springs can be found throughout. In the northwest corner you will find the unique Sete Cidades area with its blue and green twin lakes. This is one of the most beautiful spots on any of the nine islands that make up the archipelago. 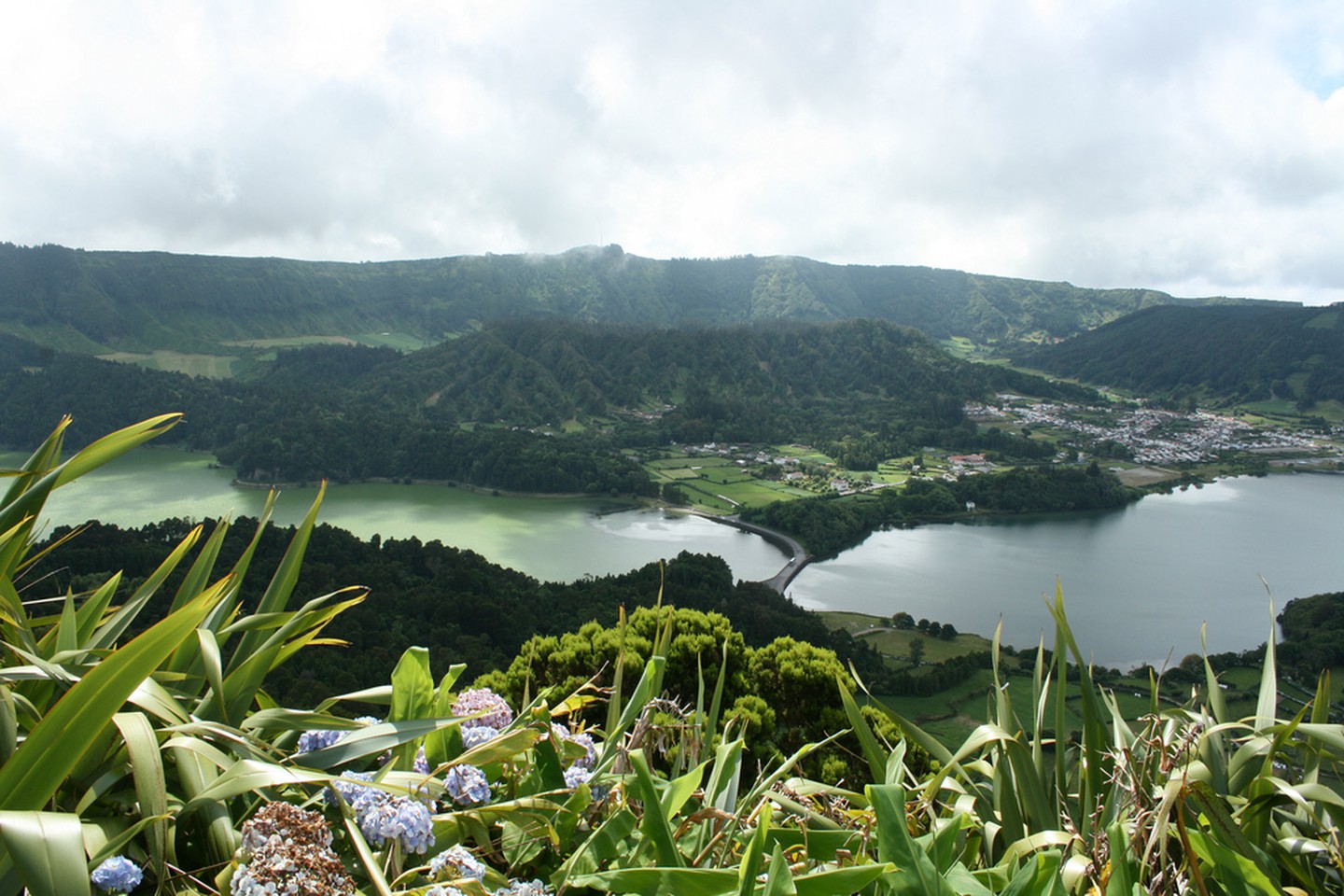 The Jeronimos Monastery was built in honor of the Age of Discoveries and has sheltered a few of Portugal’s most notable historical figures, such as navigator and explorer Vasco da Gama, who is buried there. This is also where the recipe for pasteis de nata was developed, by the monks who lived there. 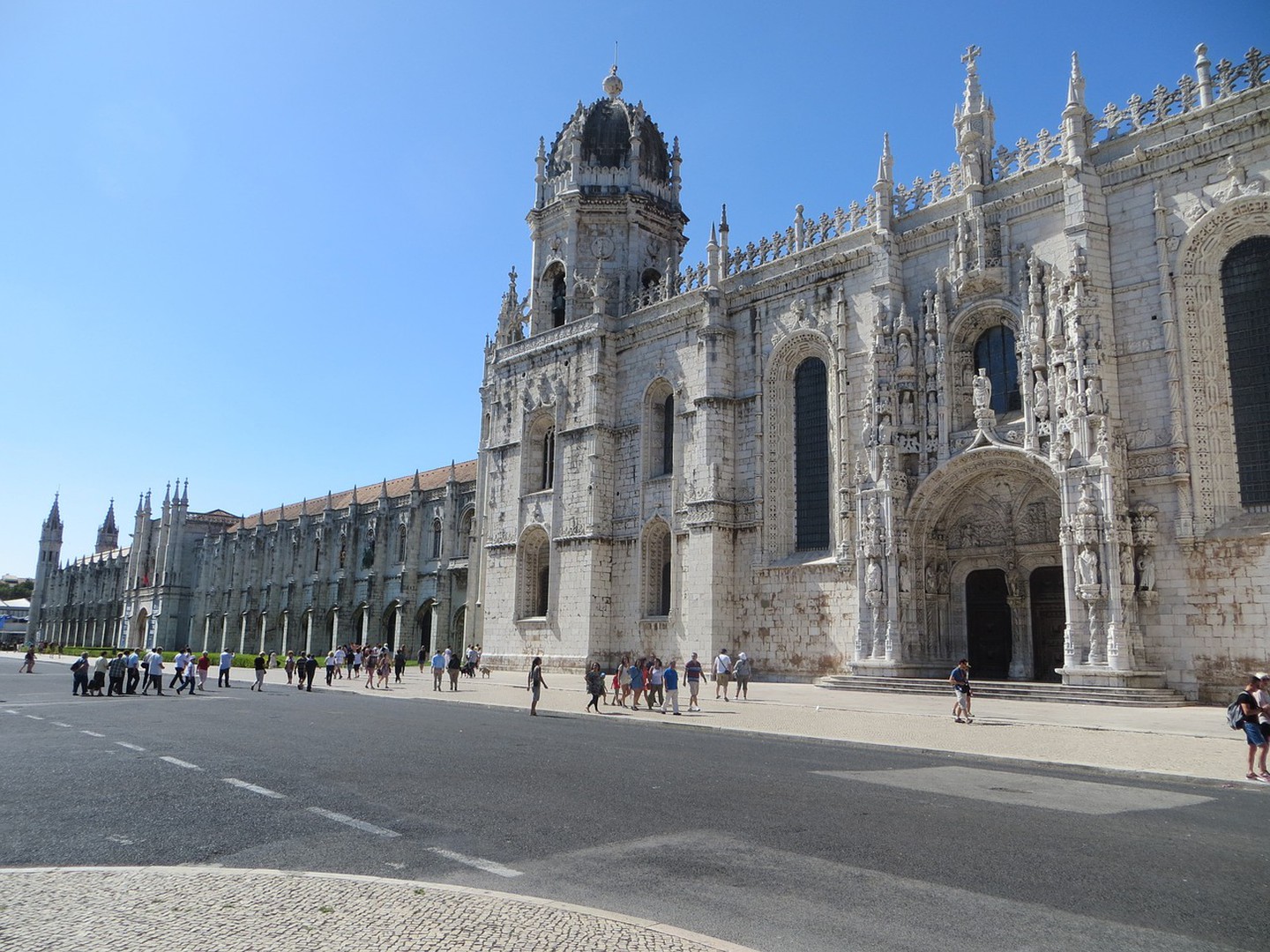 The original owners of the Pasteis de Belém shop bought the recipe for pasteis de nata nearly 200 years ago and began selling the creamy custard cakes next door to their original home, the Jeronimos Monastery, where Pasteis de Belém can still be found today. This small shop attracts droves of customers and on a summer day, the queue is nothing if not impressive (and that’s for taking out; the line for dining in is even longer). 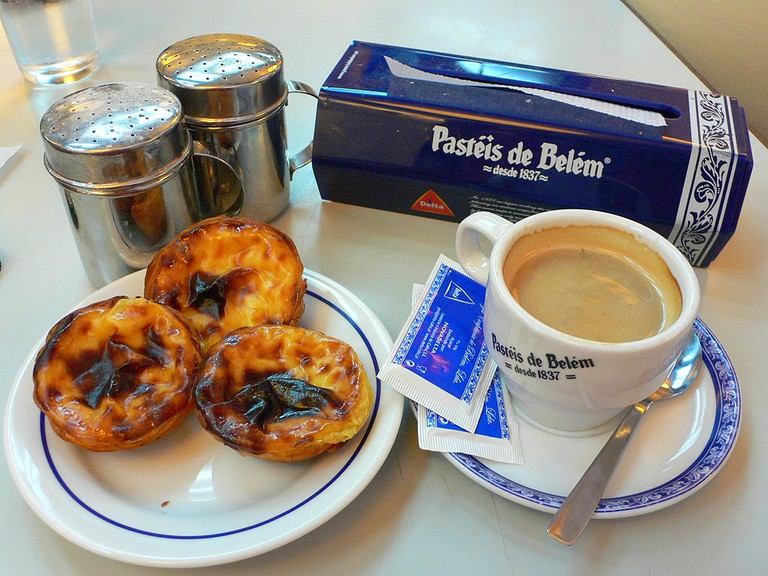 The home of Portugal’s world-renowned port wine is definitely a location that the Portuguese locals are justifiably proud of, especially those from the northern part of the country. Covered in rolling hills and vineyards on either side of the Douro River, it is a sight to behold. While visiting, make a point of stopping into one of the many wineries and vineyards that offer tastings. 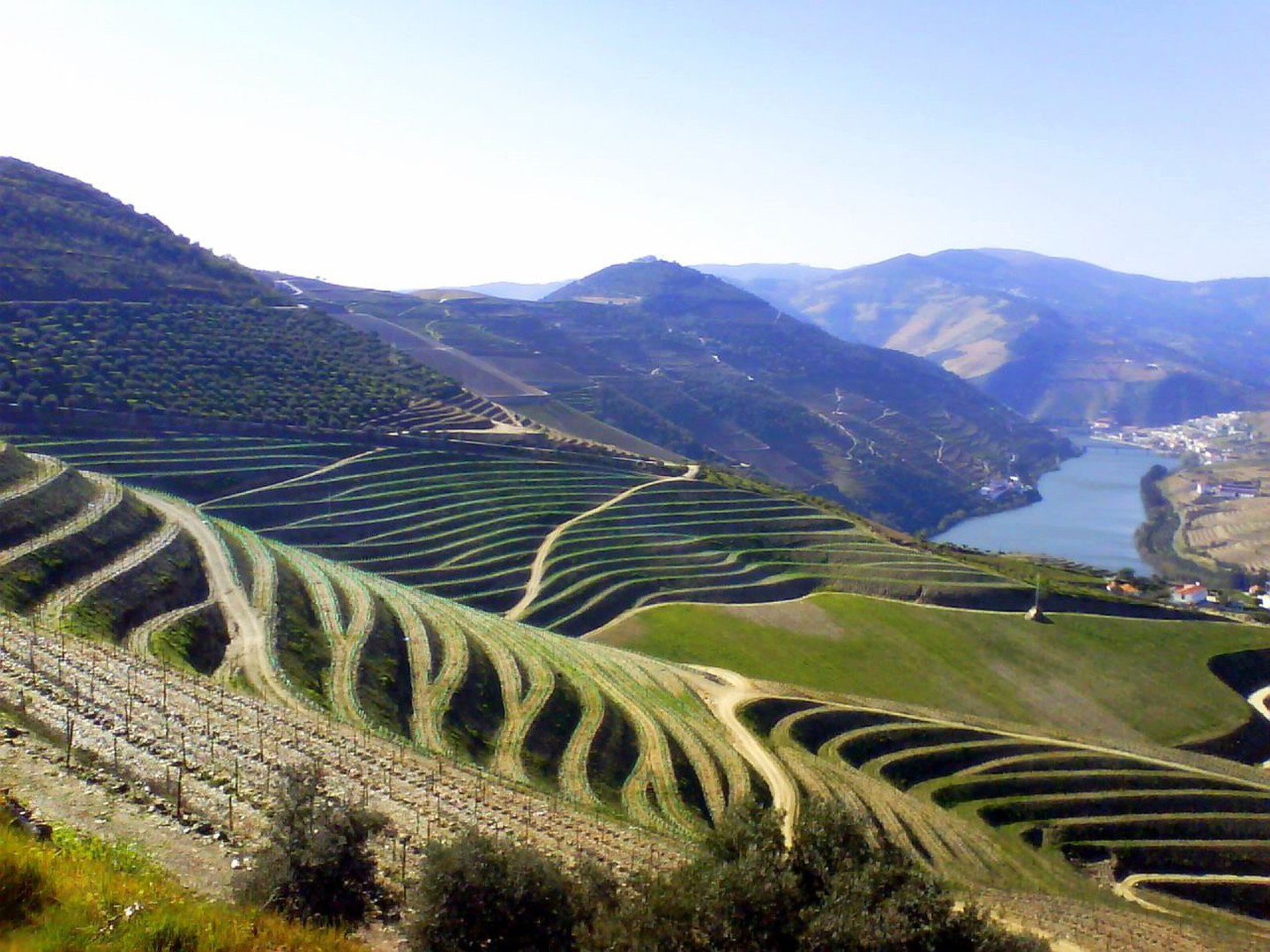 The country’s other major wine region has been receiving a bit of attention lately as people are realising that it has been, up to now, Portugal’s best-kept secret. Alentejo is the largest region of Portugal and extends from Algarve to central Portugal, so it features many different landscapes, from beaches and parks to rice fields, cork and olive trees, and – of course – wineries. 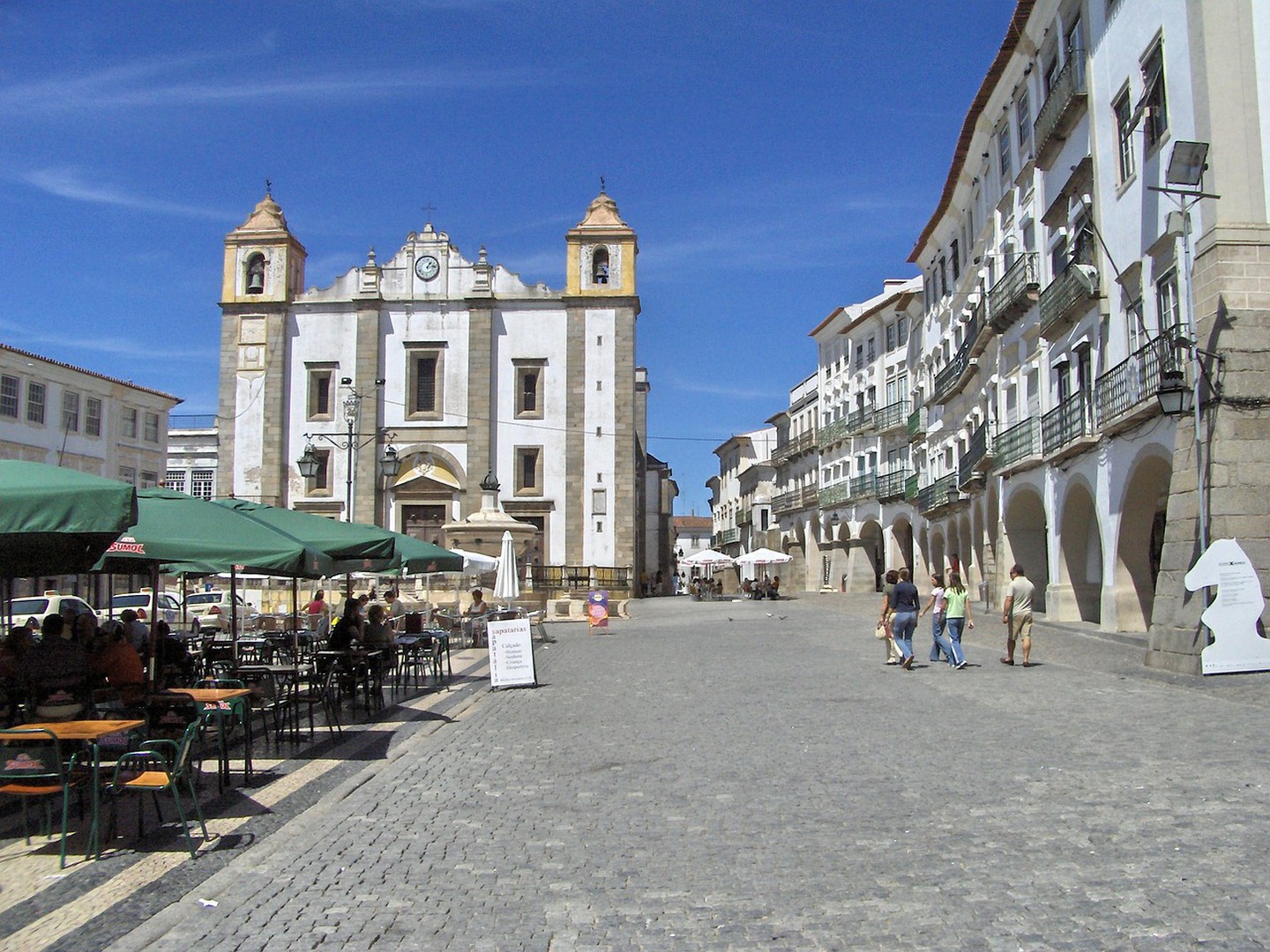 Perhaps Porto‘s most beautiful building, the 19th -century Palácio da Bolsa is also known as the Stock Exchange Palace (Bolsa is a Portuguese word that means “money purse”) and is owned by the Commercial Association of Porto. Today, its importance and beauty make it a successful event venue; the Arabian Room attracts the greatest attention. 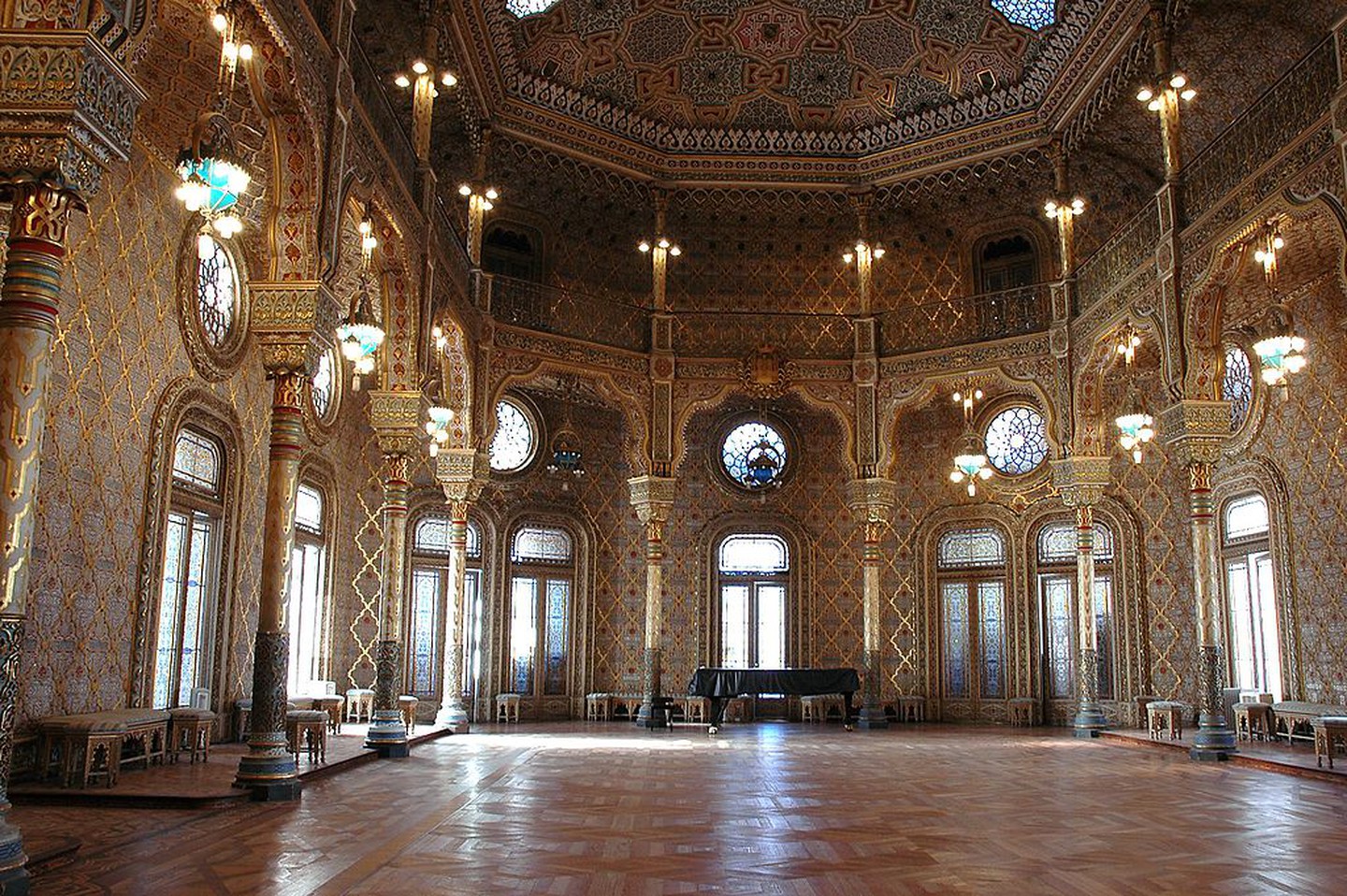 Located in central Portugal, this is the oldest university in Portugal and one of the oldest in the world. It is also home to the Biblioteca Joanina, one of the most beautiful libraries in the world, filled with ancient academic literature. 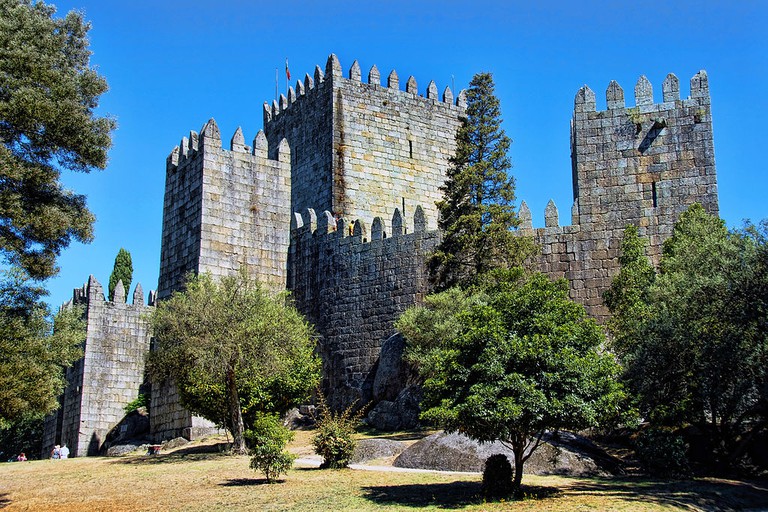 The birthplace of Portugal © António Amen/WikiCommons

The lower part of Lisbon’s downtown is a hodge-podge of personality, filled with grand historical buildings, charming boutique hotels, traditional shops, and delightful restaurants serving phenomenal Portuguese cuisine. These grid-like roads also saw many meetings of Portugal’s greatest minds, and this was the home of the country’s famous writer Fernando Pessoa. From Terreiro do Paço to shop-filled Rua Garrett, Chiado can keep tourists happily occupied for an entire afternoon, if not much longer. 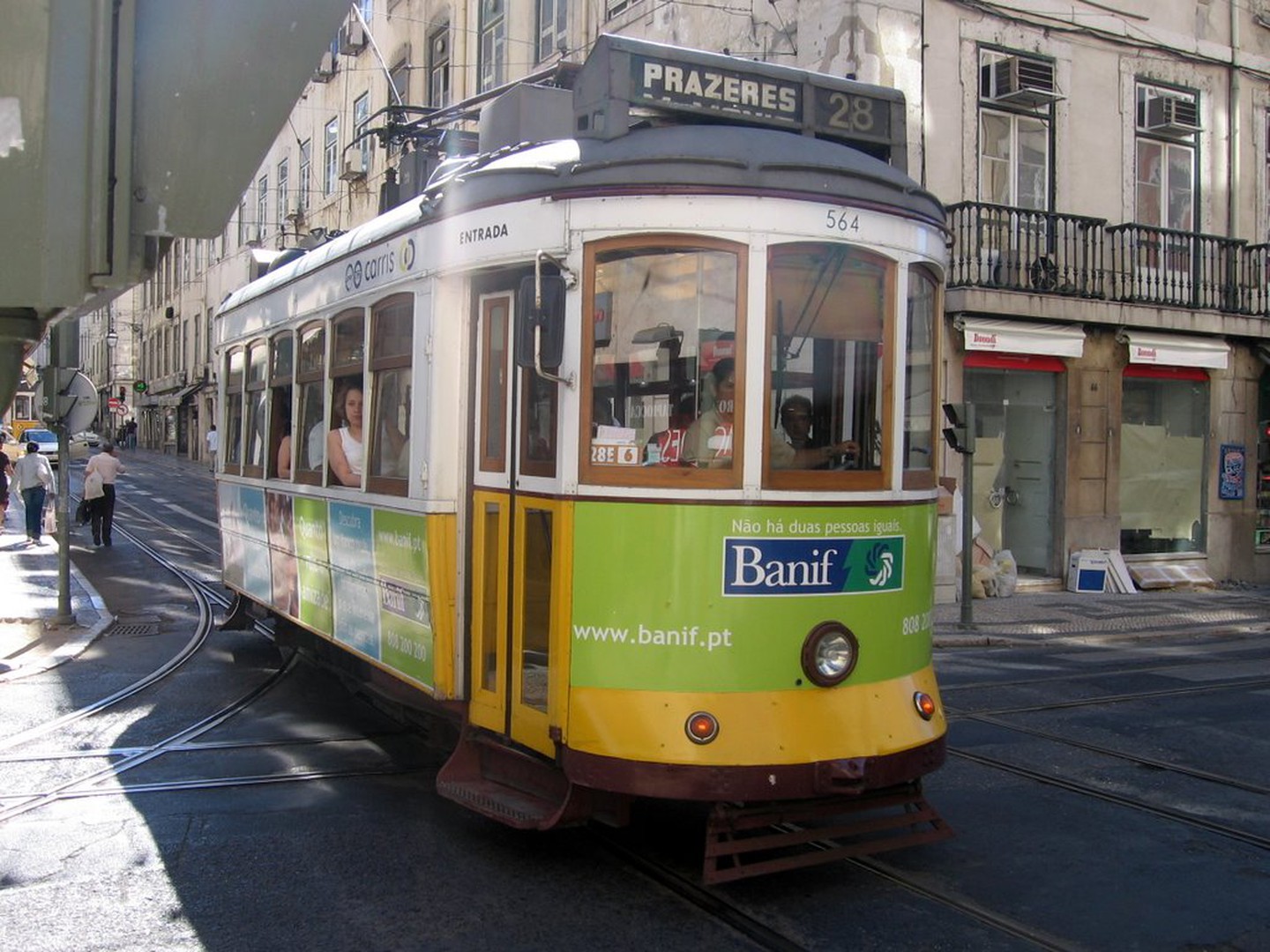 Visitors may not know that Portugal’s highest mountain peak is located in the second-largest Azorean island of Pico. Sure, it’s more than a bit off the beaten path, and requires a plane and ferry to reach it, but that’s part of the adventure. Pico is an excellent place to enjoy water sports as well as hiking, and the island is home to unique vineyards growing in its volcanic soils. 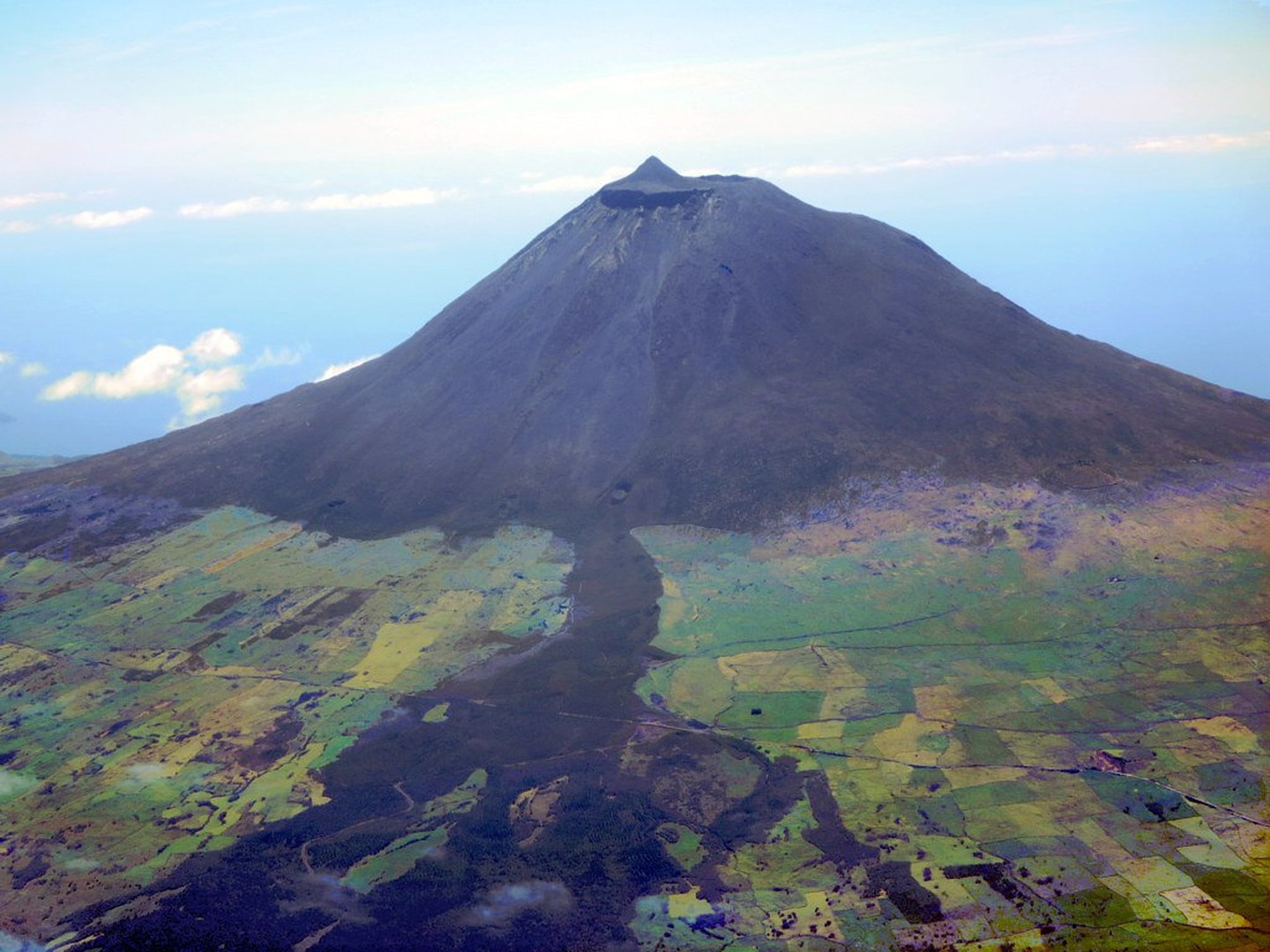 This may be Portugal’s most holy location, and it’s one of the most popular for religious pilgrims. The sanctuary, which is made up of chapels and other buildings, was constructed on top of the site where three shepherd children are believed to have had communication with the Virgin Mary 100 years ago. Pope Francis visited this religious landmark in May 2017 for the 100th anniversary of the event, and canonized two of the children.

Lisbon’s Oceanarium is the largest indoor aquarium in Europe. Located in Parque das Nações, this is a great spot to bring the children, as is Lisbon Zoo. The Oceanarium offers temporary and permanent exhibits and is a great advocate of coastal conservation efforts. 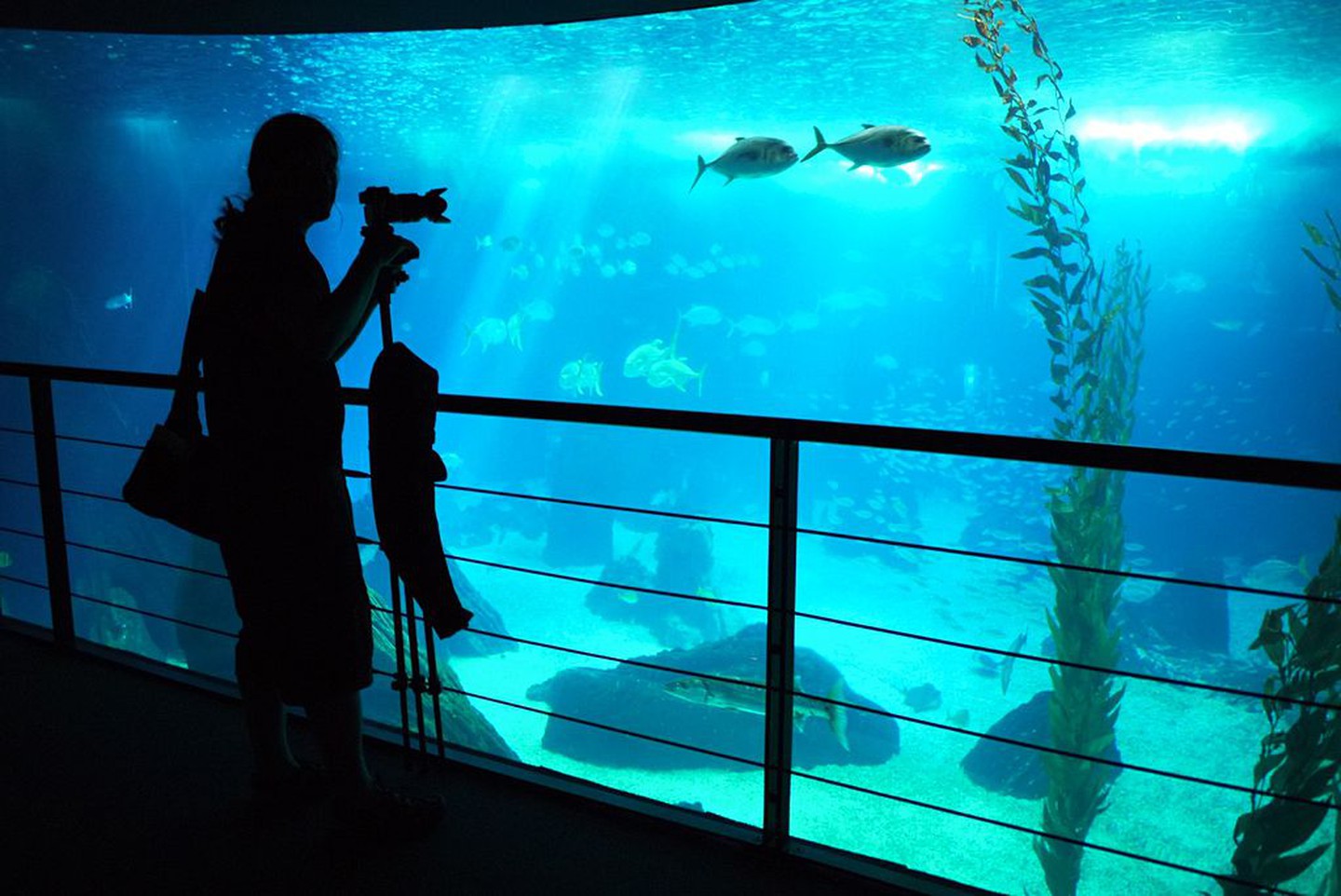 Inside the Oceanarium | © islandjoe / Wikimedia Commons

Sintra is a town that seems to have jumped out of the pages of a storybook, and the Pena Palace is its most recognizable landmark. Romantic at its very core, it was designed by King Ferdinand II. Some of the palace’s rooms are available for tours and the gardens are home to hundred of native and exotic floral species. 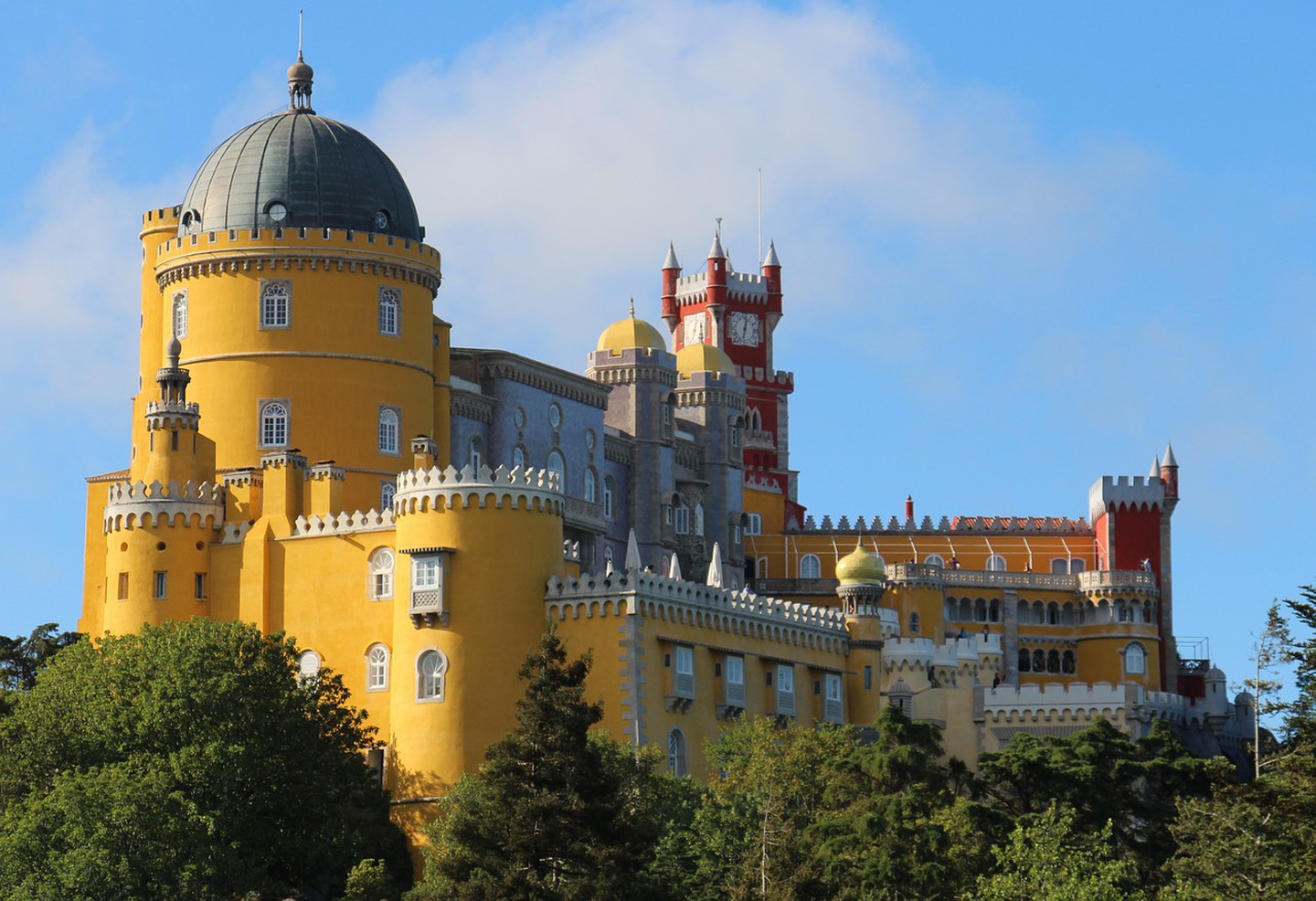 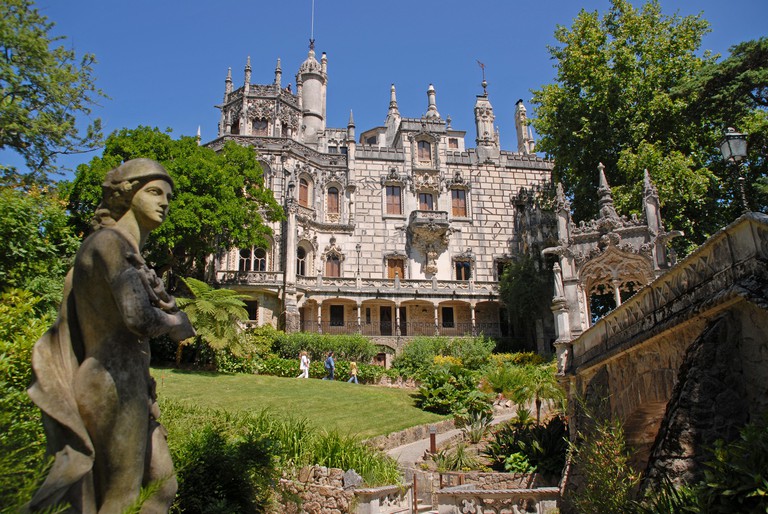 The Quinta da Regaleira is beautiful, but the first adjective that comes to mind may be mysterious. Located a short distance from the Pena Palace, this estate is another of Sintra’s most visited landmarks and comes complete with caves, well, towers, gardens, and sculptures, as well as the house itself. The estate is said to include symbols of alchemy and the Knights Templar, and the Initiation Wells, resembling underground towers, are perhaps the most spellbinding part of the property. 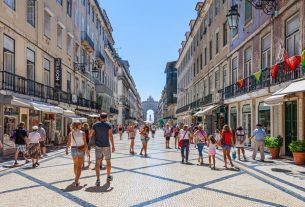 Living in Lisbon: What It’s Like to Live in Portugal’s Capital City 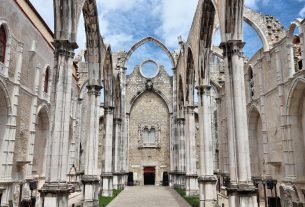 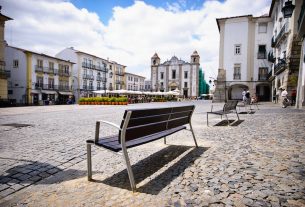 17 Best Places to Visit in Portugal