It’s official, Sydney is one of the best places to live in the WORLD. Here’s why…

As staunch Sydneysiders, we may be a little biased when it comes to bragging about our beautiful city. But it’s not just the golden beaches and alfresco food scene drawing in the crowds – people flock from all corners of the globe to get a taste of Sydneyside action.

Recently ranked by The Global Liveability Index 2018 as the fifth most liveable city in the world, there’s every reason to consider a visit – or even a move – to this year-round, sunny coastal gem.

We should probably mention that Melbourne came in a little higher than us, (Melbourne was ranked second, although Vienna stole its number one top slot this year), but we’re still intent on flying the flag for Sydney over in this corner.

So much so, we thought we’d list every reason under the sun (literally) why our majestic harbourside city is one of the best places to live on the planet. Tempted much? 1. There are beautiful beaches all over the city

From the serene golden sands of Palm Beach to the crashing surf swells of Bondi, Sydney’s majestic coastline is second-to-none. Whether you prefer to walk, bask, surf or swim, Sydney is a city made for beachside living. 2. It’s a buzzing hub of culture

Sydney is the city of culture – you can always find the best music, art, dance, comedy and theatre any night of the week. 3. You can drink and dine next to the Harbour

Sydney has one of the most beautiful harbours in the world. Pull up a pew at Darling Harbour or Finger Wharf for dinner with stunning waterside views. Raise a glass while you people watch and pick out the yacht of your dreams. 4. You can do EVERYTHING outdoors 5. It’s a haven for foodies

From hole-in-the-wall street eats to decadent fine diners, Sydney’s innovative food scene is dressed to impress. You can find great food on every street corner of the city. Whether you’re in the mood for burgers, fragrant curries, ceviche or tacos, Sydney’s rich, culinary landscape is a feast of the senses, guaranteed to transport your taste buds around the world, without so much as a plane ticket in sight. 6. It has sun all-year-round

With its year-round sunny climate, the weather is always good in Sydney. Temperatures in general, rarely reach below 18 degrees during the day, even in winter. Everyone keeps fit. We guarantee, you’ll soon become a convert. If the scenic coastal views aren’t enough to drag you out of bed in the morning, then the dreamy bootcamp instructors ought to do it. Sydney is a city that’s all about clean living. You can’t turn a corner without stumbling on a fresh juice or smoothie bar serving up all kinds of wholesome, fruity delights. 9. The breakfasts are next-level…

From fluffy pancakes and Belgian waffles to smashed avocado and fried chicken, Sydney’s delicious array of Instaworthy breakfast plates are nothing short of spectacular. Whether you want scrambled eggs and black pudding at Three Blue Ducks or ricotta hotcakes at Bills, Sydney’s mouthwatering breakfast and brunch offerings never disappoint. Seriously, you’ll be hard pushed to find a better brew. Sydney’s coffee game is the equivalent of a double shot macchiato. You’ll find superlative grinds at the likes of Single Origin Roasters, Coffee Alchemy, Campos Coffee and Double Roasters – to name a few. With a never-ending list of world-famous landmarks, Sydney has its pick of iconic architectural gems. Some of our favourites? The Harbour Bridge, The Opera House, Royal Botanic Garden, Luna Park, Queen Victoria Building, Sydney Harbour. 12. You can take public transport by boat

Nothing beats arriving to work by ferry to ease into your Monday morning commute. There are plenty of ferry routes to take, each showcasing a snap shot of the entire city. Sail across to Taronga Zoo or between Manly and Watsons Bay for a beautifully scenic journey around the city. 13. There are stunning coastal walks everywhere

Whether you head off from Bondi to Bronte or take a stroll along the Spit to Manly trail, there are endless coastal walks where you can soak up the fresh sea air and stunning ocean views. Sydney is blessed with a string of buzzing weekend markets. Head to Glebe for vintage fashion and gorgeous gifts; Rozelle for antique homeware; Kirribilli for secondhand designer treasures; the Rocks for unique handmade finds; Sydney Fish Market in Pyrmont for freshly caught crustaceans; and the Carriageworks Famers’ Market for delicious local produce and beautiful native blooms. 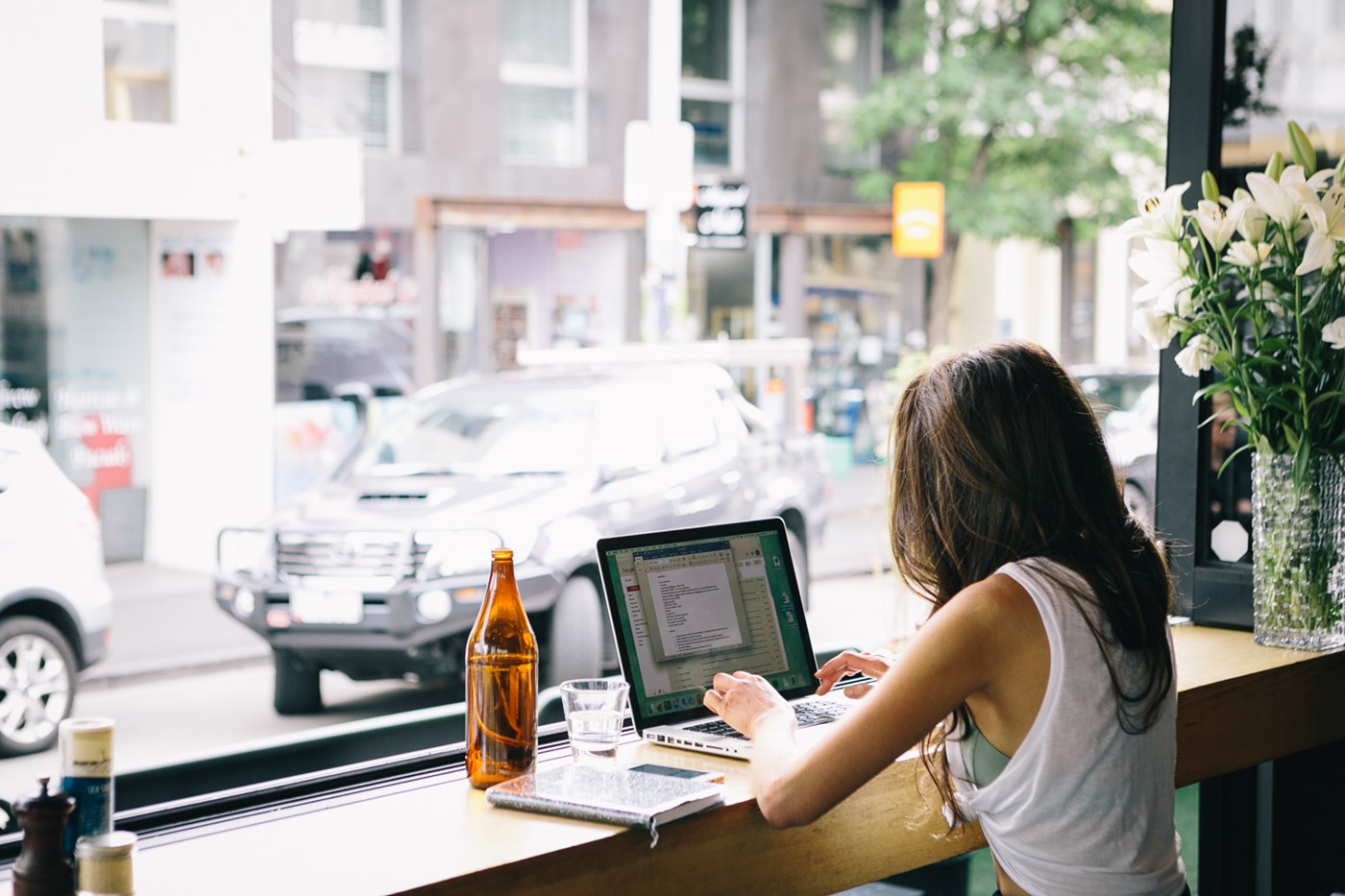 There are so many creative jobs in Sydney, particularly in media, marketing and advertising – it could well be time to consider a move! 16. You can take a dip in a freshwater pool

If you’re a little intimidated by Bondi’s crashing swells, Sydney has plenty of rockpools and freshwater spots to cool down in the sweltering summer heat. And we guarantee, you won’t see a wave in sight. Our top picks? Icerbergs in Bondi; Wylies Baths in Coogee; De Why Rockpools; Bronte Baths. Or for the more intrepid swimmer, try some of these natural dipping spots: 17. It has a friendly village vibe

18. There are picturesque National Parks on yourdoorstep

Sydneysiders really are spoilt for scenery. As well as breathtaking beaches and stunning architecture, if you take a short drive or scenic train journey a little out of the city, you’ll stumble upon Sydney’s jaw-droppingly beautiful national parks.

Be sure to visit The Royal National Park in northern Wollongong – it’s one of the oldest national parks in the world. Other notable mentions include Lane Cove, Sydney Harbour, Ku-ring-gai Chase, or for a day trip further afield, jump on the train to discover the magnificent landscapes of the Blue Mountains.

Because it’s always a good idea to set off on a hike after a few glasses of Shiraz.

13 Things That Tourists Should Never Do in Sydney