Congratulations – you’re not afraid to give your opinion, nor offended when small children tell you off, and you’d never reject anything free. Those are just some of the more prevalent stereotypes of Dutch people.

Every nation has certain ways of doing things, albiet in a generalised, stereotypical way. But some idiosyncrasies deserve embracing and can teach outsiders a new way to do things. Here are 16 signs you were born, raised or lived in the Netherlands – and proud of it.

1. Your pocket diary is amongst your most prized possessions

Planning is key. After all, besides your work, you need to keep track of your fitness schedule, your yoga class, next week’s sale at your favourite store, your best friend’s birthday, that undisturbed evening of ‘quality’ time with your boyfriend, Friday night dinner with your colleagues, your old high school reunion and your weekly vegan meet up. You want to go and have a drink? Sure, I have a spot in my schedule Thursday next week between 5pm and 6pm.

2. You’re not surprised or offended when small children tell you off

Dutch children are encouraged to be self-aware and opinionated from an early age and while opinions in the Netherlands are divided on this particular subject, adults generally listen to good arguments, even if given by a seven year old. And if the adult thinks the child is wrong, he will try to educate the child on the matter rather than tell him off.

3. While you don’t want to downplay the importance of wearing a bicycle helmet in other countries, you would never put one on yourself

You see your bike as a natural extension of yourself. It’s not just your bike, it’s your primary means of transport and without it you are nothing. You commute to work on your bike, you drop your children to school on your bike and you’ve mastered the skill of cycling and texting without causing accidents, while navigating crowded intersections and ‘accidentally’ passing stop signs. Why don’t the Dutch wear helmets?

It doesn’t matter that you live in one of the happiest and richest countries in the world, there’s always something to complain about. If not the weather it’s the health system, the government, that guy next to you in the overcrowded train who came into your personal space and especially all those other people that are always complaining.

5. You don’t feel the urge to make big fashion statements

You prefer the casual look and even on a night out you wear jeans and sneakers. But behind the scenes, you’ve made an effort to pick out the exact right combination of jeans, shirt, and sneakers, wishing to awe with your nonchalant-but-trendy look.

6. You like to leave your curtains open all the time

You’re don’t shame easily and you don’t care if people watch what’s going on in your living room. You have nothing to hide after all, right?

7. When it’s your boyfriend’s birthday, you congratulate his parents

Me: “Congratulations with your son.”

Future mother-in-law: “Congratulations with your boyfriend,” followed by three kisses on the cheek.

And onto the next family member, friend, or acquaintance. You personally congratulate all the guests that have already arrived before you sit down to enjoy the party; that’s just the way Dutch circle parties go.

8. You would never expect your date to pay the full bill

You understand Dutch dating rules – you go Dutch and you share bills. As a student you make a meal with friends and spread all costs of the ingredients evenly, calculated to the last cent. They will call you out if you forget to transfer the money into their account straight away, even if it’s only a euro.

Generally, you see yourself as a global citizen, unless you’re watching the European or World Championships in football, during which even your cousin — who normally dislikes sports — turns into a fanatic supporter screaming and shouting ‘Oranje’. Hup Holland Hup!

10. You never turn down something that’s for free

As a thrifty Dutch, you don’t like to part with money; nothing cheers you up more than an unexpected discount – except if you can get something for free. The fact that you don’t like mints is irrelevant; you happily walk by that girl who’s freely distributing a new brand of peppermint-flavored sweets twice to add another bar of happy to your day.

11. You’re not afraid to give your opinion, even if it offends others

You wear your heart on your sleeve and you’ve been labeled as rude more than once. You prefer to think of yourself as being direct or honest and you wish more people would appreciate that. You’re also known to have an opinion on everything — even subjects you hardly know about.

S.o.f.t d.r.u.g.s are legal in the Netherlands but you’re not interested in smoking pot yourself and you wouldn’t want to be found d.e.a.d in the red light district. You’re also aware all that liberality here is a façade; the government has been on a behind-the-scenes quest to close down as many coffee-shops and red-tainted windows as possible.

13. You worship the sun with a passion

Even if it’s only 12 degrees Celsius, at the first sign of sun in March you dig a skirt out of the back of your wardrobe, jump on your bike and meet your girlfriends on a terrasje to celebrate the end of winter with as many as glasses of wine you need to make you forget about the goosebumps on your bare, white legs (because in reality, it’s still freezing cold).

14. Marriage doesn’t mean much to you but you think everyone should be able to get married

Marriage isn’t seen as a big thing and church weddings are an exception rather than the rule. Rather, marriage is mostly seen as a way to arrange the legal paperwork for a partnership. On the other hand, most Dutch people hold the firm belief that everyone has the freedom of choice and lifestyle – as long as they don’t harm anyone else with it.

15. You’d rather start an argument than let anyone jump the queue

If it’s your turn, it’s your turn, and you rather start a full-blown argument in a crowded shop than allow anyone to jump the queue ahead of you. You know many will try, so you watch everyone like a hawk.

16. Your respect of rules leaves much to be desired

Sure you respect authority and rules, but only if they’re convenient for you. After the smoking ban was introduced, a good portion of all bars kept placing ashtrays on the tables inside, risking high fines with the motto ‘Dat moeten we toch lekker zelf weten’ (It’s our own business and no one else’s). 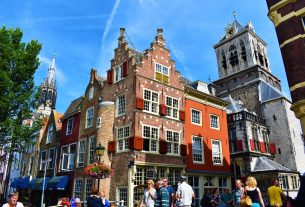 What Makes Delft Such A Charming Dutch City? 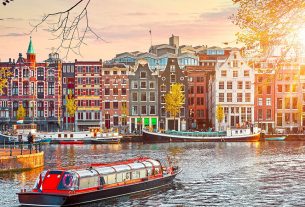 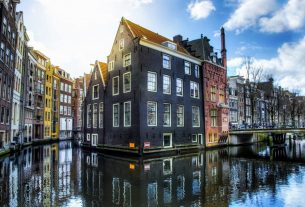 8 Best Places to Stay in Amsterdam