Sitting on the south bank of the Rio Douro, Porto’s sister city of Vila Nova da Gaia is where port wine is matured in centuries-old cellars. With insights from Portuguese wine tour operator Ryan Opaz, Culture Trip has rounded up the best spots for visiting these storied port lodges and sampling the celebrated tipple.

Porto has long been synonymous with port wine. The famous fortified drink has been aged and stored in vast wine lodges in and around the city since the 1700s, although it is produced some 80km (50mi) inland along the Douro River. The drink became popular in England in the early part of the 18th century, when the British discovered its sweet, rich taste and an appreciation for the fortification process that made the wine ripe for export.

But while raising a glass at one of the many bars along the ribeira (riverfront) should certainly feature on your Porto itinerary, the best places to get to know the drink and its rich history actually lie on the opposite side of the river in Vila Nova de Gaia. Here some of the world’s most celebrated port wine manufacturers have opened the doors of their cellars for tours and tasting sessions.

“Vila Nova de Gaia is an essential stop for any wine enthusiast,” says Ryan Opaz, founder of Catavino luxury food and wine tours, “There are so many famous lodges there.”

Opaz, who holds the lofty title of Knight of the Port Wine Brotherhood in recognition of his services to the port wine industry, says that “although there’s really no need to take more than one tour, there are lots of tasting rooms that offer visitors different types of port to sample”.

Reaching the scenic city of Gaia is easy: you can hop on a riverboat taxi or stroll across the stately, double-deck Dom Luis I Bridge, built in 1886. Here are Opaz’s favourite lodges to visit when you arrive.

This family-run business has been in operation since 1918, and is Opaz’s favourite lodge. “This one stands out for me because it is up the hill away from the crowds on the riverfront, and being a little off the beaten track means smaller crowds, so the tours feel more personal than many of the others,” he says.

The distinctive figure, known as the Don, perched atop the Sandeman Lodge, is one of Vila Nova de Gaia’s most recognisable landmarks. The silhouette of a man swathed in a black cape can be seen from miles around, calling you to visit the centuries-old cellars below. Founded by Scotsman George Sandeman in 1790, this is one of the best known brands of port in the world, and the enormous whitewashed building on the riverbank is one of the first ports of call for many visitors. There’s a free interactive exhibition space, but for those wanting to delve deeper into the cellars and Sandeman’s history, the cellar tours (guided by the Don himself) uncover ancient bottles, casks and vats where port has been aged since 1811.

The biggest port cellars in town belong to this famous name producer, and enjoy a plum position just above the riverfront. It’s a favourite with Opaz, who says: “This is still a working port wine producer and it’s interesting to visit the barrel rooms and see the ‘coopers’ [the craftsmen tasked with building and tending to the vast wooden barrels] at work. The tasting rooms are good, too, with plenty of variety.” 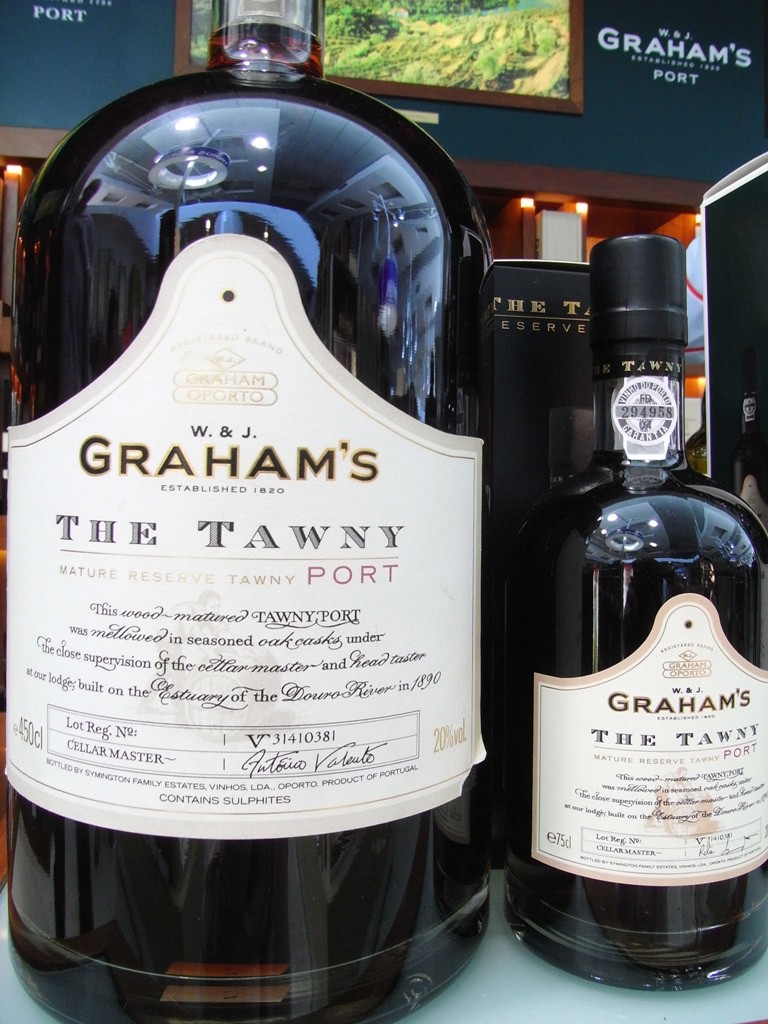 One for the serious port wine buff, this working 1890 port wine lodge is a short walk uphill of the Douro’s south bank, but you can visit by advance reservation only. The views, combined with the sights and sounds of the coopers tending to the thousands of oak casks, make a trip here more than worth the effort. Opaz says the Vintage Room is particularly noteworthy. “It’s not cheap, but it’s worth it if you have the money, as the Vintage Room has enomatic technology that makes it possible to open a bottle without spoiling it, meaning that visitors can try vintage wines by the glass.”

Cálem has been doing a roaring trade since 1859 and is the top-selling brand in Portugal, shifting close to 3m bottles each year. The whitewashed lodge stretches along the river bank, just a stones’ throw from the Dom Luis I bridge and receives hundreds of thousands of visitors each year – the enormous letters spelling out the name of this much-loved brand on the building are a local landmark, visible from Porto on the other side of the river. Tours delve deep into the history of port as well as the brand itself, and can be combined with a fado show for a uniquely Portuguese experience.

This is another internationally renowned brand, and the self-guided tours of the 300-year-old Taylors cellars are a good option for families: visitors can go at their own pace, children under 8 go free, and the kids’ ticket (9-17 years) includes juice and cookies instead of the port for the grown-ups. It’s a stiff 15-minute uphill walk to get here, but cabs can take the strain if little legs aren’t up to the challenge.

For tastings without the tour, look no further. This three-storey riverfront winehouse, a 10-minute stroll from the Dom Luis I bridge, is the oldest port store in town, and one of Opaz’s top picks. He says: “Kopke is a truly historical brand, it’s been in business since 1638, and the views from the tasting room are beautiful. You can buy birth year wines here, too.” If you needed an extra incentive to visit, Kopke also runs wine and chocolate pairing sessions.

Women are conspicuously absent in much of the port wine scene, making Dona Antonia Ferreira a rare exception. The Douro-born entrepreneur and philanthropist founded one of Portugal’s best-loved port brands in the 1800s, and a tour of the riverfront cellars (which have been in operation since 1751) offers a glimpse into her remarkable life through images and other artefacts. The Ferreira Caves are some of the most revered in the region, and visitors to this handsome, high-ceilinged lodge can sample white, ruby and varieties after taking the cellars tour.

Hidden on a backstreet uphill from the river, this small, family-run winery looks unassuming, but Opaz rates it among his top spots for port tastings: ”Unlike the big cellars with the huge crowds of tourists, this is all about an intimate tasting experience with staff who are passionate about helping people understand port wine. The space is being renovated and they have some exciting plans, so it’s one to watch.”

A bright and breezy contrast to the cellars of the historic port lodges, this refurbished 18th-century building on the banks of the river is owned by upmarket producer Porto Cruz, and features multimedia wine-focused exhibitions alongside a chance to sample and buy the famous wines. There’s a slick restaurant, too, and the bar is a wonderful place for a sunset drink as the river turns golden and lights begin to twinkle on the Porto hillside.

Visit Porto or Lisbon – Which of these Portuguese cities should you choose?

Top 10 Authentic Foods You Want To Delight In Porto