Janet Kleyn, 52, snapped the incredible image of the impala – a medium-size antelope – in the Mashatu Game Reserve in Botswana. 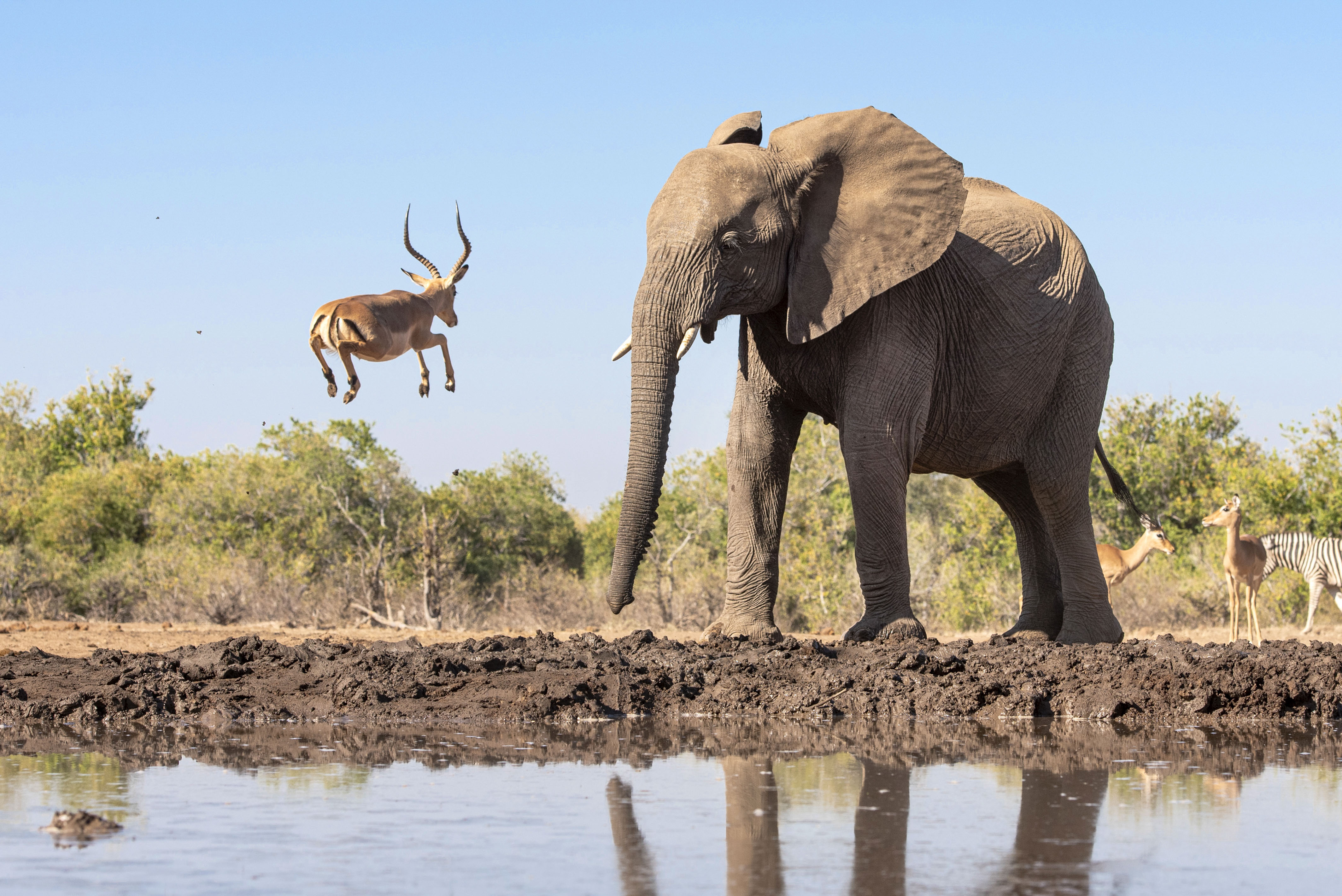 The wildlife photographer said she was perched in an underground photo hide when she spotted an elephant approaching the water and got ready to take the shot.

“The impala was drinking off to the left and all of a sudden jumped into my viewfinder and I got the shot,” she said.

The nature-loving photographer said impalas jump when they are startled and can reach heights of up to three metres.

“The way that the impalas’ jump is thought to be a way of showing off and demonstrating their strength and ability to the intruder,” she said.

“He had only just caught sight of him as he got closer to the water.

“The elephant was not showing any signs of aggression towards the impala.” 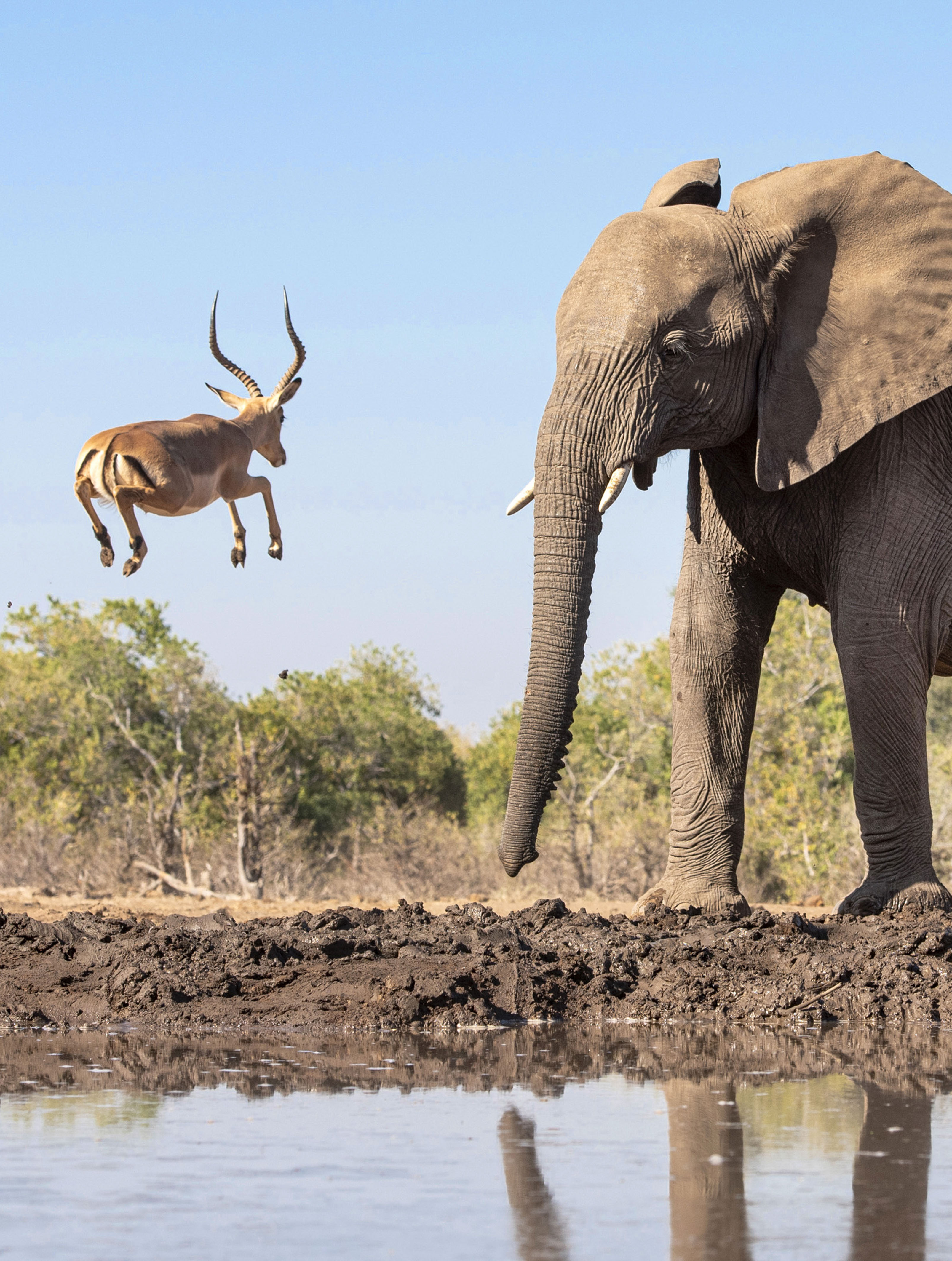 The antelope jumped into the air, reaching the height of a nearby elephant Credit: Caters News Agency

It’s not the first time a wildlife photographer has captured an amazing moment in nature in Botswana.

Last year, a doting mother elephant was pictured helping her newborn baby back on its feet after it took a nasty tumble during its first few shaky steps.

Charl Stols, 39, who works as a photo host for Pangolin Photo Safaris, witnessed the cute encounter during a boat ride on the Chobe River in Botswana.

The new family — a mum and two youngsters — were seen making their way to the river for a drink when the smallest calf plunged down several times at the water’s edge.

Two elephants soaking and drinking together in a pool in Thailand

The Mother Hippo Was Thrown Into The Air By An Angry Elephant, But She Endured It To Give Her Calf Time To Escape