Culture shock in Austria is a common experience when traveling through this European country. Even the smallest of differences can catch you off guard in a foreign land, and Austria is no different.

Below are 10 common ways you’ll find a culture shock in Austria. Many of these cultural differences aren’t totally unique to Austria, but affect those who travel just the same.

From smoking, dealing with shopping culture and the lack of toilets – you’ll find how Austrian culture shock will sneak up on you, like it does with many travelers.

If you’re feeling a little nervous, you can find more about the stages of culture shock and other stories of cultural shocks from around the globe. The more you understand, the better equipped you are to deal with the changes.

Since I haven’t been to Austria for over 6 years, Leanna from Six Hansons has given her top 10 Austria culture shocks – you can read more about her at the bottom of the post. 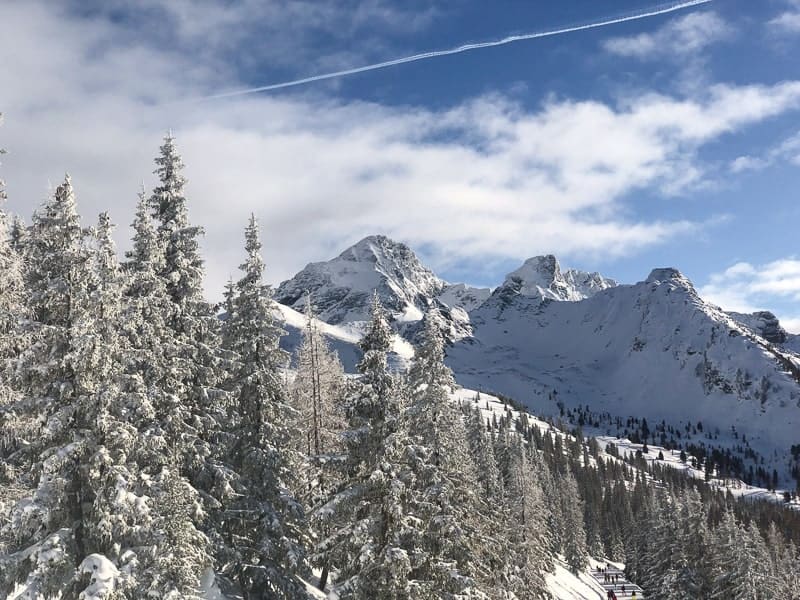 Culture shock: A commonly experienced and well-known phrase for both the traveler and expat alike.

When I hear the term “culture shock” I am most often reminded of our family’s take on the phrase. As we’re sharing and discussing our “culture shock” moments, I’ve found it useful to employ this perspective: it’s not bad or weird, just different.

Different doesn’t imply better or worse, only different than what we’ve known up to this point. And as such, the concept of culture is constructed with layers of complexity.

All that said, after residing in Vienna, Austria for a little over two years I have most definitely danced with culture shock and all it entails. So here is my curated list of startling and hysterical culture shock encounters that I navigated whilst living in Austria, or as I like to refer to such experiences: my “Welcome to Austria” moments.

Toilets top the list because who doesn’t like to talk bathroom talk? WC’s, short for water closet, or toilet, public bathrooms as we would call them in the states are like unicorns.

Difficult to find and usually require payment. This has been a somewhat traumatic learning curve for me.

As I used to remind my children when they were little, always potty before we leave the house, even if you don’t think you need to. Yep, I am speaking those same words to my forty-year-old self now.

Always go before you leave. Always. I have had to make more than a few mad dashes since we’ve arrived.

Another welcome to Austria, or maybe welcome to Europe moment, is regarding restaurants. Do not expect your waitress/waiter to be on a first-name basis with you.

They are not after a relationship, friendly or otherwise. You are expected to know what you’d like: drink, appetizer, main course, etc. and place your order promptly and succinctly.

Do not change your order without some sort of guffaw from the wait staff. And you may not see your waiter/waitress again until it is time for the check.

Now, to be fair here, you also are not expected to tip like we do in the States. Rounding up the bill is acceptable and maybe a 10% tip but certainly no more. It takes some getting used to.

An additional bonus to this is that in Austria you are free to linger as long as you’d like. Only ordered a melange, no worries, the table is yours for the day. 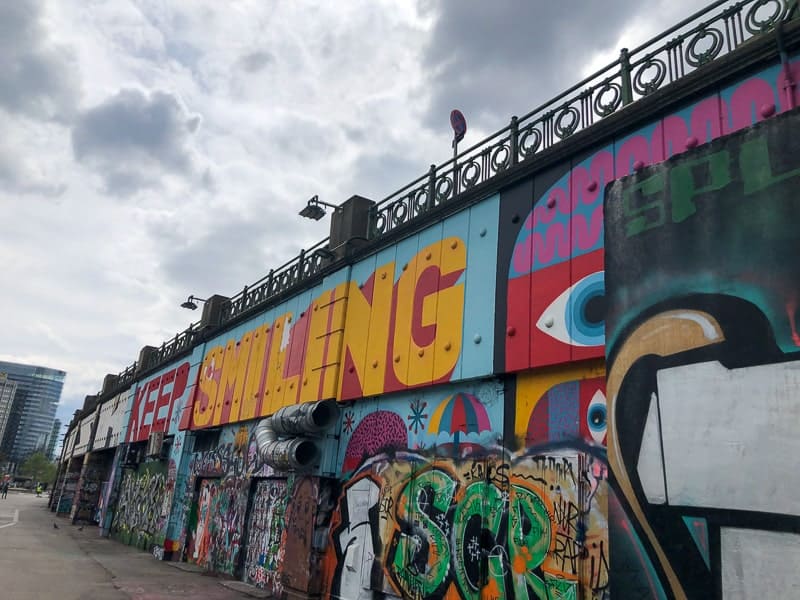 Welcome to Austria on public transport, a disclaimer. Expect to be pushed, bumped into and stared at.

It is considered normal practice to make your way onto an overly crowded train or bus. No matter if there isn’t really any standing room. Do it anyway.

Now, queuing is expected before entering. Please kindly let the passengers exit before stepping on board. Or don’t. I’ve witnessed it both ways.

For the staring, it is not looked upon as rude or bad manners. Staring is simply staring.

4. Checking in with the Government

When you arrive in Austria, or at least the city of Vienna as a potential resident, you are required to register with the local district’s ministry office.

Within three days. You know, so your address is on file, they know where you live and all that.

Well, no one told us of that little detail. Or that even our temporary residence would require registration and without such we would not be issued an e-Card (medical insurance), residency status or other benefits.

Crisis averted thanks to my partner’s lengthy phone calls, persistence and constant advocating.

Checking in with the Government – A culture shock for some travelers

Another culture shock moment occurred on public transport, once again. This time, my husband, seventeen-year-old daughter and myself were on our way to the Easter market at Schoenbrunn Palace.

There was a line change for our train and it was there we encountered our first ticket shakedown. It was all perfectly legit, the public transport enforcers and loads of Polizei (police), were blocking the entrance to the exit and checking tickets.

My husband and I promptly showed ours, then my daughter hers. We purchased her a student ticket which is significantly less expensive and unbeknownst to us, illegal. You know since she isn’t an actual student at an Austrian school, except she is still school age and technically a student of my home school, which is in Vienna.

Anyway. the enforcer was not having any of our excuses or attempts at understanding the system, we made a mistake and we must pay. At least that is what he continued to say over and over again.

No room for conversation or assistance or grace. We paid the 105 Euro fine begrudgingly and went on our way with the hope that we’d at least be refunded for the incorrect ticket and be able to apply that to Thing 3’s new ticket.

Or at least that was what the enforcer told us to do. We walked upstairs and made our best efforts explaining the situation to the ticket agent only to find out that he could not issue a refund, we’d have to go to the main station which is only open until 15.00, M-F.
Anyhow, we’d have to wait because it was the weekend. The following week my husband made the trek to the station, he once again explained our situation and was NOT issued a refund of any sort.

A new ticket was purchased for our daughter and a fine paid. This proved to be a rather expensive lesson.

Welcome to Austria, where cash is preferred. Not only preferred but often the only method of payment accepted.

There are few exceptions to this and I have been caught off too many times to count!

So as to avoid the embarrassment of having to leave the restaurant and hunt down a cash machine, be prepared. Carry Euros and have them at the ready. 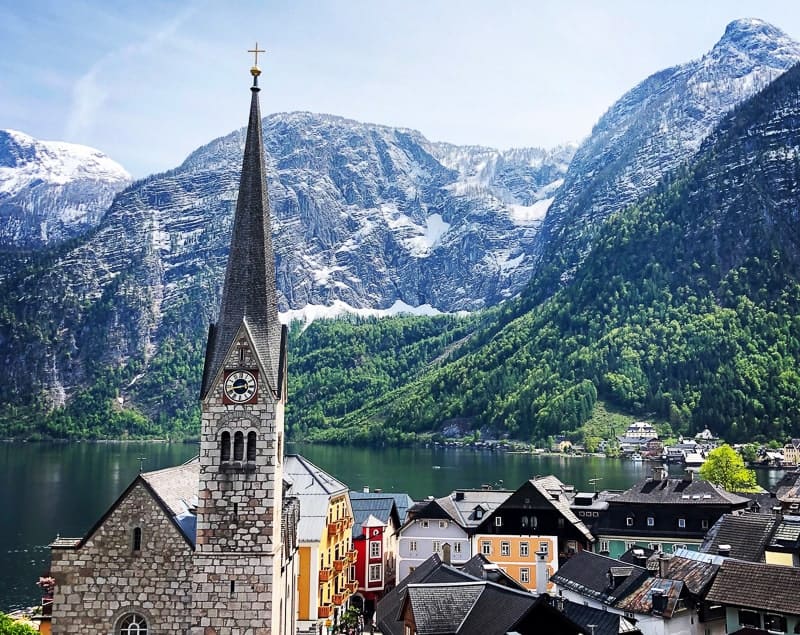 Another fairly European lifestyle practice we’ve been forced to learn is the art of shopping for groceries, toiletries, household items, etc.

There are specific stores for everything. That is unless you have one of the larger markets in your district where limited offerings of said items are stocked regularly.

This way of life has forced me into rethinking my previous practices and “needs”. Everything is smaller, ovens, refrigerators, etc. so the big shop every other week that was once normal practice has become non-existent.

Austria’s culture shock came in hot and heavy when we landed in the country on a Sunday.

Retail stores and markets are closed for business on Sundays in Austria. All-day.

Our family was in temporary housing and in need of a few necessities for the place. Not a huge issue, so I assumed. That being my first mistake.

Assumptions are not helpful.

Regardless, I set out to find a market nearby and to no avail. Each and everyone was closed. There would be no toilet paper or coffee for us. At least not until Monday arrived. 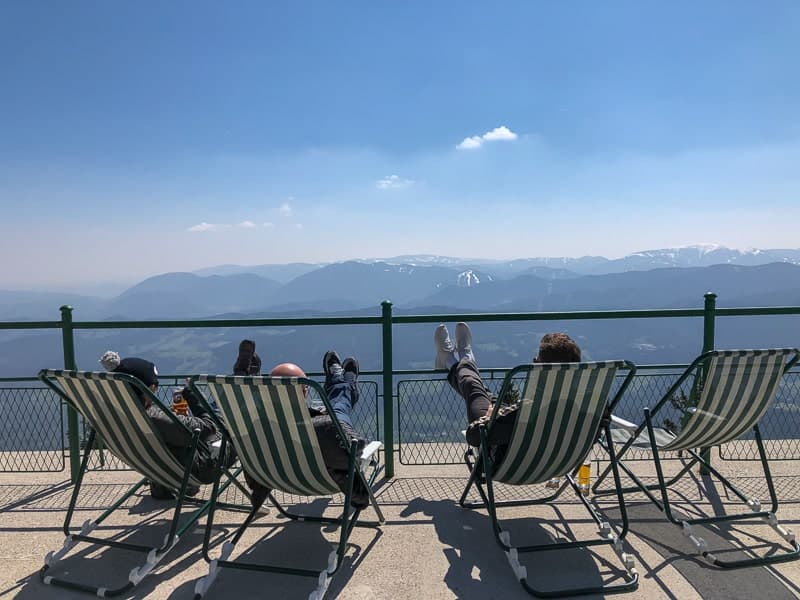 Saunas in Austria. Be prepared so as to avoid the culture shock of n.u.d.i.t.y. We were on a ski holiday in a quaint village.

After a day on the slopes, we decided to treat ourselves to a nearby thermal resort. We indulged first in the thermal pools, fully clothed, allowing ourselves time to become acquainted with our surroundings and expectations.

Then we moved onto the saunas themselves.

As we rounded the “adults” only corridor, a full-frontal exposure greeted us and I quickly averted my eyes. I’d like to say I was completely mature and prepared. I wasn’t.

I do not take issue with nudity, no body shaming issues or such, it was more that I felt like an outsider with my swimming costume.

That is an unsettling feeling anywhere and a dose of culture shock that won’t soon be forgotten.

Austrians intend to enjoy the sauna and thermal pools in the buff. Health and wellness is the motivation, not vanity.

Welcome to Austria from the smokers! Our son tells us often that the smell he will forever associate with Austria is that of cigarette smoke.

It was a definitive culture shock in Austria that wasn’t so much confined to one moment but a continual revelation that nicotine was a way of life.

In other words, it was everywhere. I do not hold a deep or abiding opinion on smoking, and over time I found myself not even noticing the smoke wafting around our table while out. 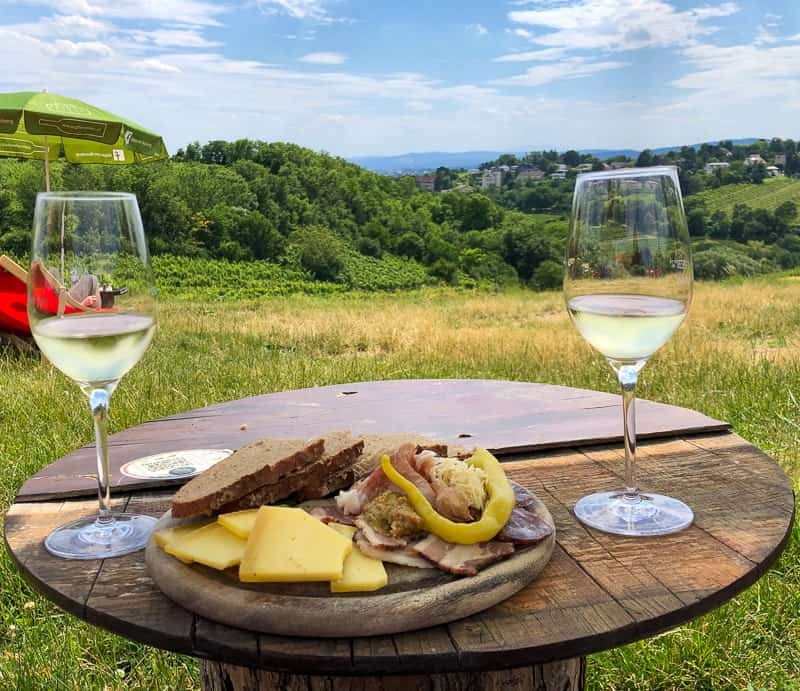 There you have it. My list of 10 and with it the lessons learned.
These incidences, encounters, and experiences have the ability to shift our perspective and transform us.

Culture shock just that, a moment of realization that something is different than what we’ve known prior to that time. And different doesn’t imply value, it acknowledges that it is different and moves on accordingly.

14 Charming Austrian Towns Not To Miss

The Best Bakeries in Vienna, Austria