These days, Wellington’s Cuba Street is never short of entertainment. New Zealand visitors might know the street for its dynamic and bohemian flair, but its past is just as interesting as the present. Come take a brief look at the history of this compelling capital city icon.

Cuba Street in the 19th century

On January 4, 1840, an early settler ship called Cuba reached the shores of Wellington. The vessel brought some of New Zealand’s many European pioneers, but not the first families to reside on the street named in its honour. In fact, the Tonks family, known as the very first Cuba Street dwellers, arrived in Wellington in 1842. The family eventually began buying up property throughout the city: one of them, William Tonks, established various brickyards in 1847 and also became renowned for his harbour reclamation work in 1866. Over the years, a number of streets were named after members of the Tonks family: including Arthur Street, Tonks Grove (formerly Tonks Ave), and Frederick Street. Even in its earliest days, Cuba Street was a hub of activity. A local market was established for country folk to sell their produce. The street also consisted of two grocers, a butcher, a violin maker, a bell hanger, a locksmith, a painter, a draper, a boot shop, and a pub called The Nag’s Head Inn. Notable shops that can still be seen in present times include Te Aro House, a former department store which opened in 1868, the Nees Hardware building (opened circa 1874), and Hannah’s footwear, which was established in 1868 and received a Cuba Street store a few years later. Unfortunately, many of the street’s buildings were wiped out by a fire in 1879, including the Royal Oak Hotel, which was an infamous fixture at the time for housing Wellington’s gay community. 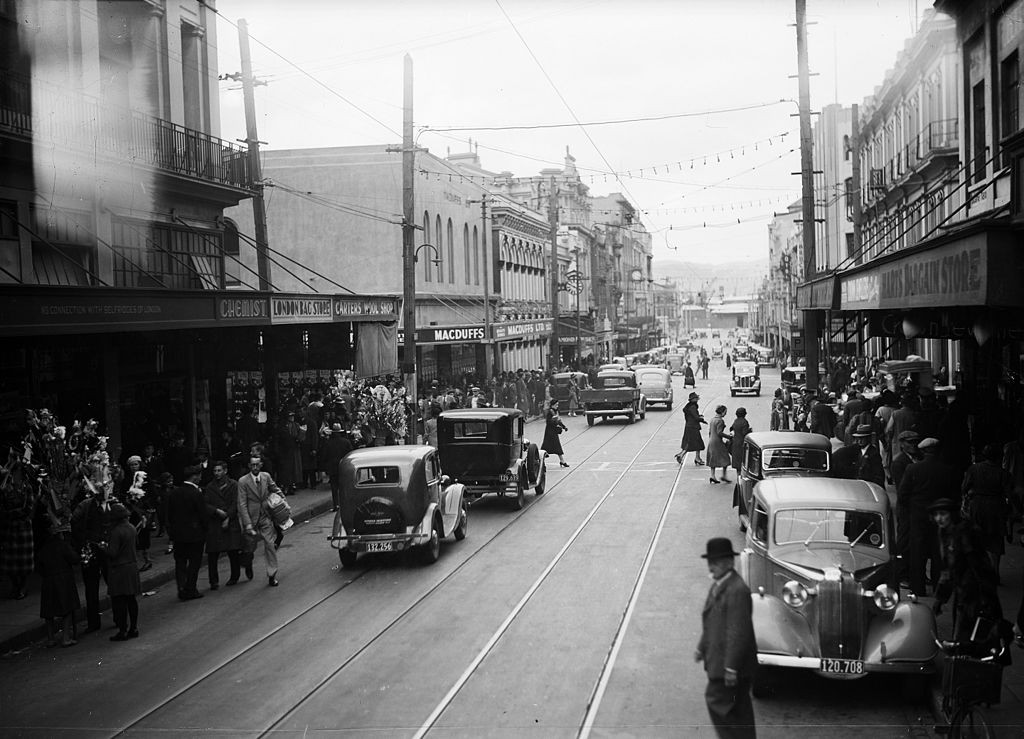 Cuba Street has seen a lot of changes since its inception. An evolving tram network was essential in shaping the way the street looks and operates today. From 1878-1879, a steam tram began making the rounds from Pipitea Station to Vivian Street via Cuba Street. By 1880, horse-drawn trams were the norm, but were quickly phased out with the arrival of electric trams, which ran through the street until May 1964. A year later, in 1965, Cuba Street was closed off to remove the unused tramlines.

By 1969, increasing public demands to permanently close part of Cuba Street to traffic led to the opening of Cuba Mall. The car-free shopping area, which stands between Ghuznee and Dixon Streets, received its famous Bucket Fountain installation that same year. These days, the mall is among one of Wellington’s busiest pedestrian areas and the Bucket Fountain has become a popular attraction among Wellingtonians and passing visitors. 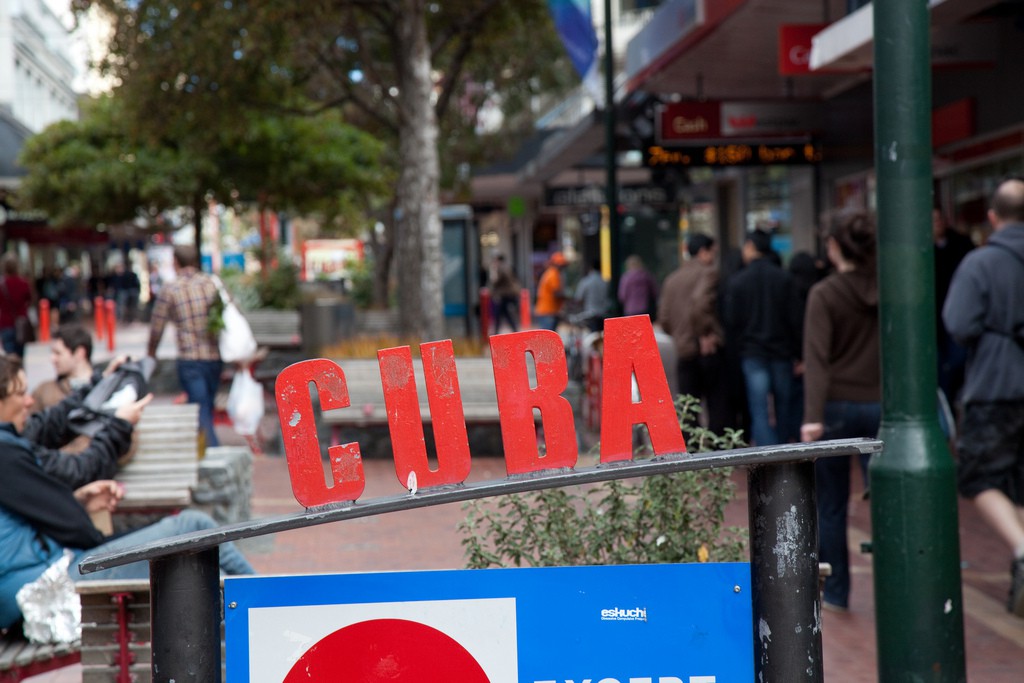 From heritage buildings to contemporary treasures

Cuba Street was registered as a historic area by Heritage New Zealand in 1995. Currently, there are more than 40 heritage buildings along the street, many of which have been well-preserved and earthquake strengthened. Cuba Street attracts all sorts of crowds, including buskers, artists, musicians, and students. The street is now home to numerous bars, cafes, a weekly night market and even its own annual festival. Retailers embrace the alternative culture in its surrounds, with vintage shops and rustic establishments featuring heavily along the Mall and the open stretches of roads.

These Authentic New Zealand Dishes Are a Must-Try for Foodies

In Christchurch, New Zealand, there are 20 must-see attractions.