Small, affluent and jaw droppingly beautiful, Vorarlberg – the most Western state in Austria – is second only in the wealthy stakes to the country’s classy capital Vienna. Despite how much it packs a p.u.n.c.h, the region remain’s surprisingly under-the-radar as a travel destination but yet it epitomises Austria’s well-deserved reputation for impeccable taste, stunning scenery and being a world leader in culture. 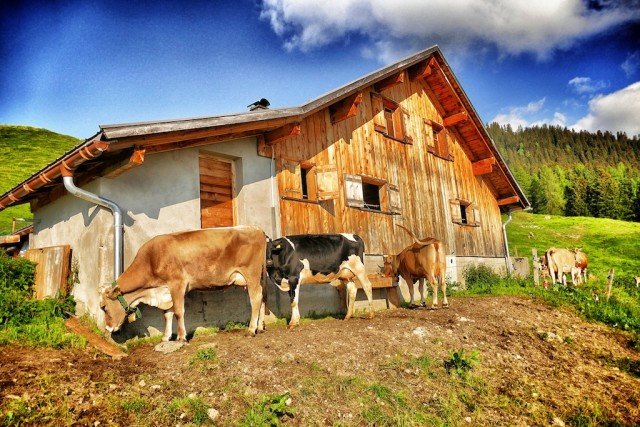 Flanked by Germany, Liechtenstein and Switzerland, those in-the-know travel for miles for to sample the fine cuisine, stay in the gorgeous contemporary/traditional hybrid hotels and hike, bike or ski through its sound of music-esque alpine vistas and staggering mountains. We explored Vorarlberg during our blogger’s round trip of Austria and discovered a nature lover’s paradise with a fondness for all thing cultural – from al-fresco operas performed from a floating stage to designer bus stops created by world-famous architects. 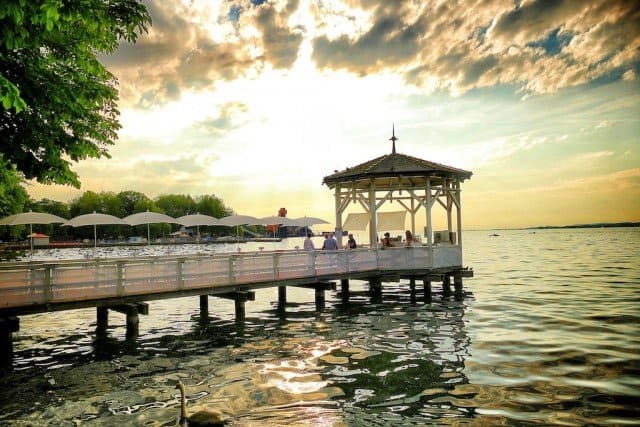 Our journey began in the relaxed capital of the province, Bregenz. Pocket-sized but perfectly formed, its location on the Eastern shore of Lake Constance – Europe’s third-largest lake – ensured glorious views in all directions. The huge liquid glass lake is the main focal point and the town made a picturesque stop for a day or two. We took a dreamy sunset stroll along the lake promenade, viewed avant-garde architecture along the new harbour and watched the setting up of the weekend’s open-air opera performance at the much-celebrated Vorplatz der Bregenzer Festspiele (which takes place on the 20th July – the 20th August). 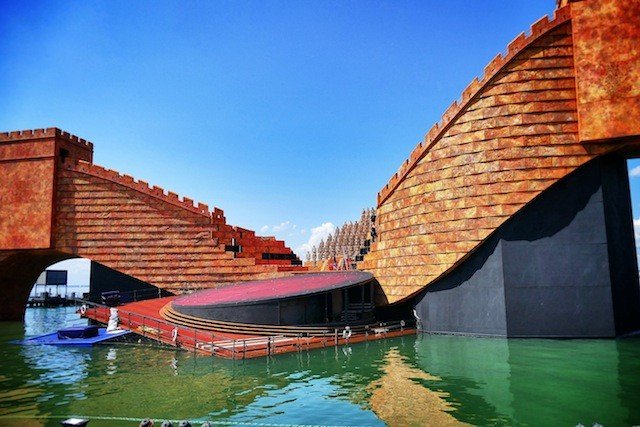 After a quick gaze at the photos of the festival on display from previous years – it was clear the sets become increasingly more elaborate every season and its unrivalled setting on the beautiful lake make it a must-see highlight on Austria’s cultural calendar. 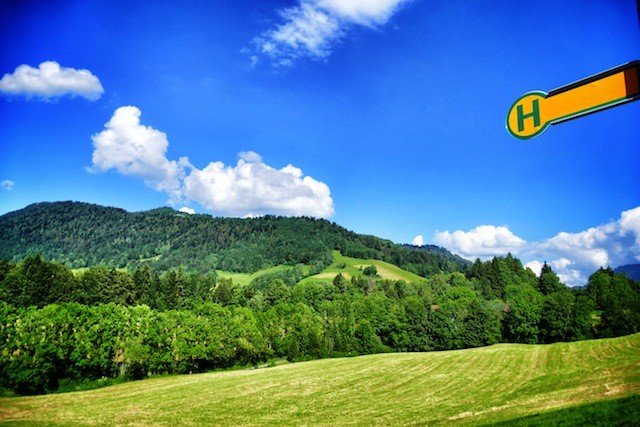 As we travelled deeper into the mountainous state, one of our stops was the scenic region of Bregenzerwald and its collection of tranquil settlements. First we explored Krumbach, a typical Bregenzerwald settlement surrounded by shady slopes and verdant Alpine meadows. Even with a tiny population of just 1,000 residents, the typical Austrian passion for design and culture still permeated the community. The most obvious sign of this was the village’s award-winning BUS:Stop project – a unique venture where seven international architects were invited to design bus stops in exchange for a holiday there. The idea was formed to boost tourism as well as to foster an exchange of ideas with local craftspeople. 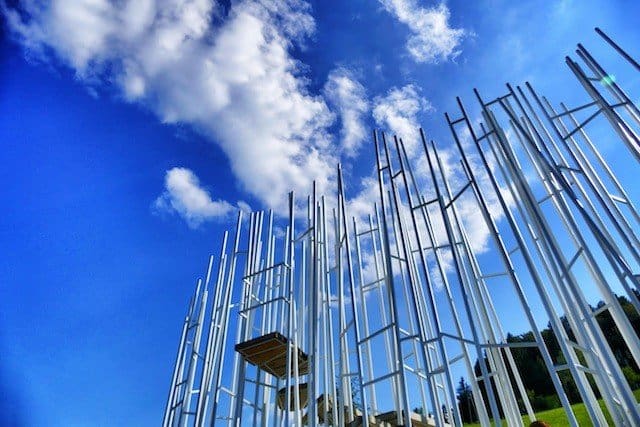 The result is a fabulous collection of striking avant-garde landmarks which juxtaposed with the chalet-dotted traditional community. Artistic and unconventional, the bus stops ranged from a giant, chair-like structure built from stacked timber to a delicately arranged ‘forest’ of thin, steel rods which encased a winding staircase. This particular bus stop (pictured above) offered no protection against the elements but instead aimed to create interesting scenery in a site surrounded by nature. My personal favourite of the seven? A timber-built bus shelter clad in wooden shingles located next to a tennis court which also doubles up a spectator stand – a place guaranteed to beat bus-waiting boredom! 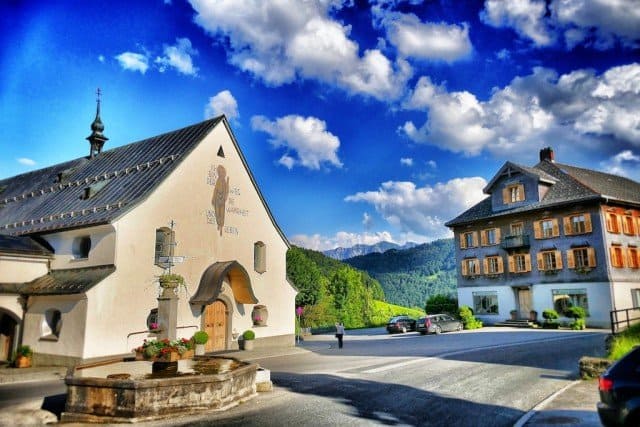 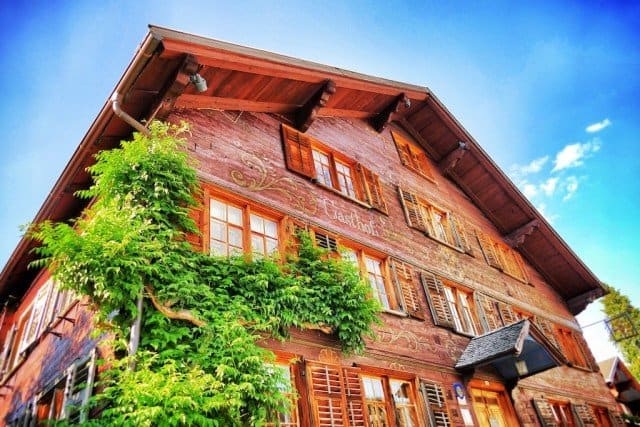 En-route to our hotel we briefly stopped at picturesque Schwarzenberg – a small hamlet sat nestled amid the hills and trees of Bregenz Forest. It’s a place known for its dairy products (especially for its large cheese factory) but it was worth the detour to explore the village centre. Its beautiful baroque church and collection of heritage-protected typical Bregenzerwald houses oozed a prettiness that was accentuated by its almost unearthly tranquil setting. 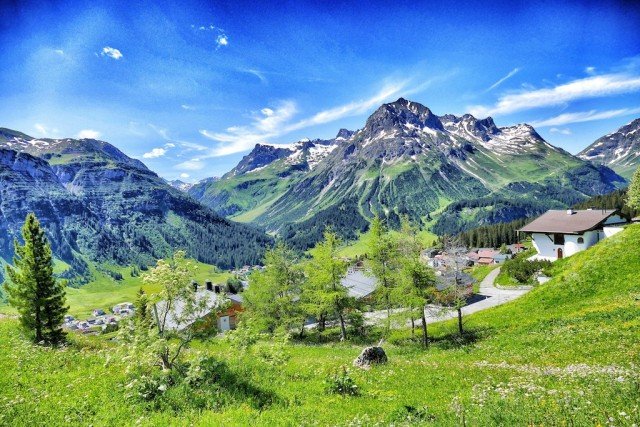 Our final few days were dedicated to purely to nature, with our first outdoor activity being a hike around Vorarlberg’s spectacular ‘Green Ring’. Located in the mountain village of Lech am Arlberg, the upmarket resort is a skiing sports Mecca in winter but a walkers’ paradise in summer. Together with a knowledgeable guide we tackled the trail with took us past monolithic mountains, glassy lakes, bubbling springs of water and towering cliffs accompanied by only the lulling sound of clanging cowbells and the odd friendly hiker or two. 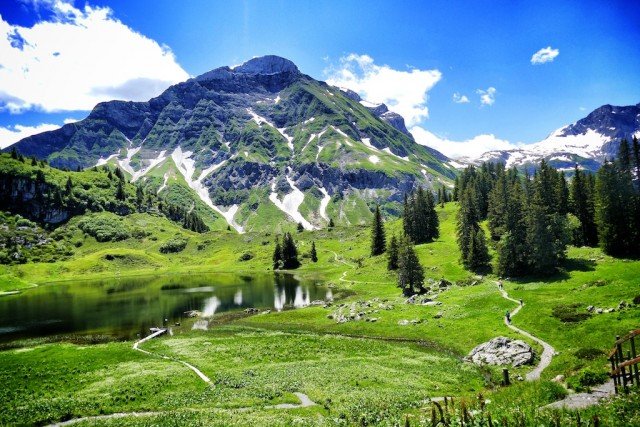 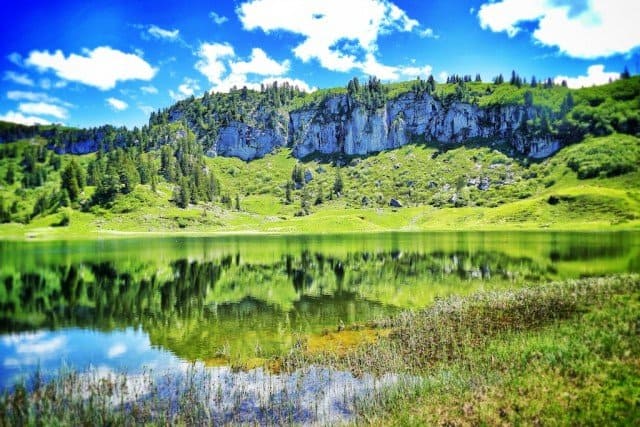 I savoured each of the surprisingly non-strenuous four hours needed to complete the circuit and welcomed the chance to breathe lungfuls of fresh mountain air. The views were spectacular and its isolated position meant that for many long stretches of time we had a panorama of peaks just between the three of us.

A sunrise hike up Loischkopf 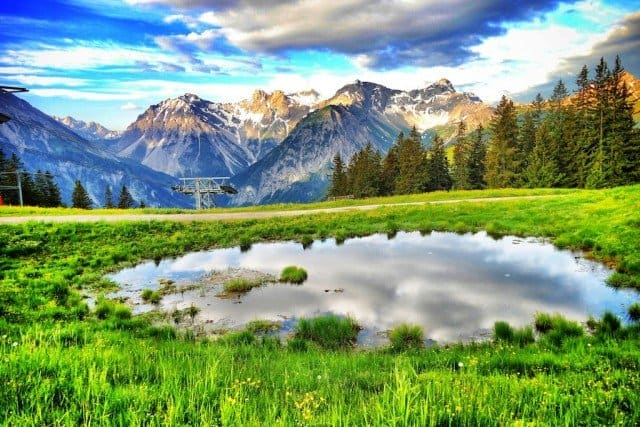 Our second (and last) hike of the trip was a little more challenging – it involved an eye-wateringly early 3am start for a sunrise hike up Loischkopf – a limestone mountain which forms part of the Rätikon Range which borders Switzerland and Liechtenstein. Waking at 2am, we donned our walking shoes, grabbed flashlight head torches and began our epic two-hour hike escorted by our mountain guide Martina. Weary and bleary-eyed, our trek started on a slight incline on a forest-lined path blanketed in darkness and ended with a steep climb mountain climb which briskly awoke us from our semi-slumbered state. 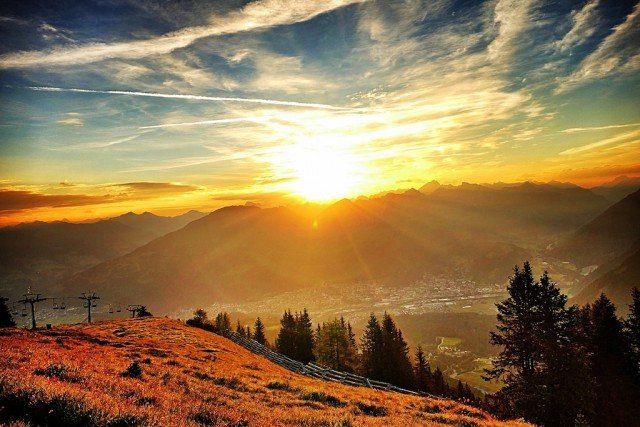 We reached the top of Loischkopf in the valley Brandnertal just as the sunlight started to peak above the clouds. Gradually, and almost in time-lapse perfection, the day filled with light and the mountain slowly started to reveal spectacular views in every direction (while our guide Martina broke open a flask of Schnapps as a celebratory drink)! We gorged hungrily on breakfast at the superbly positioned Frööd mountain restaurant before starting our day-light descent, passing fresh meadows filled with wildflowers, gravity-defying mountain bike trails, bell adorned cows (who were waiting patiently by the milking shed for their early morning ritual) and glorious views of the chalet-dotted resort town below. A perfect way to end our wonderful Vorarlberg round trip journey! 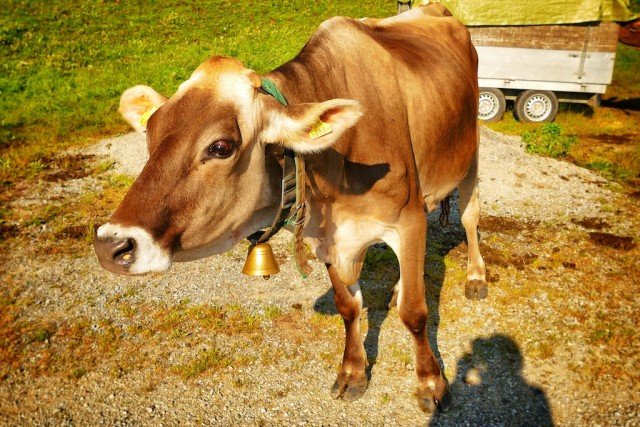 For a mix of both nature and culture, Vorarlberg, Austria makes an unrivalled travel destination. For more information on this unique and beautiful region, visit the websites of Urlaubsland Vorarlberg and Visit Austria.

Most Famous Places In Salzburg Austria (The city of Mozart)

One Day In Vienna: How To Spend 24 Hours In Vienna

The Most Unique Experiences You Can Have in Austria