I woke up the next morning with a cold. Or more accurately, I never really woke up, since just as I started to fall asleep my throat began to ache as if I had swallowed glass shards instead of Oktoberfest beer.

I’d started the trip with my sleep being negatively impacted by jet lag and that hard mattress, and now just as I was finally back to normal, I ended up being sick for the rest of the trip.

Still, I wasn’t going to let a bit of a cold keep me from seeing Munich. I knew I was going to feel crappy no matter what, so I figured I might as well feel crappy while wandering around the city rather than staying in bed.

I walked from where I was staying toward the center of Munich, stopping along the way to get some cold medication.

If most roads in Munich have a slight disorder to their layout, the old city center (or Altstadt) is complete chaos. I wandered the streets for a while, but then decided to get a better view from above once I reached St. Peter’s Church. 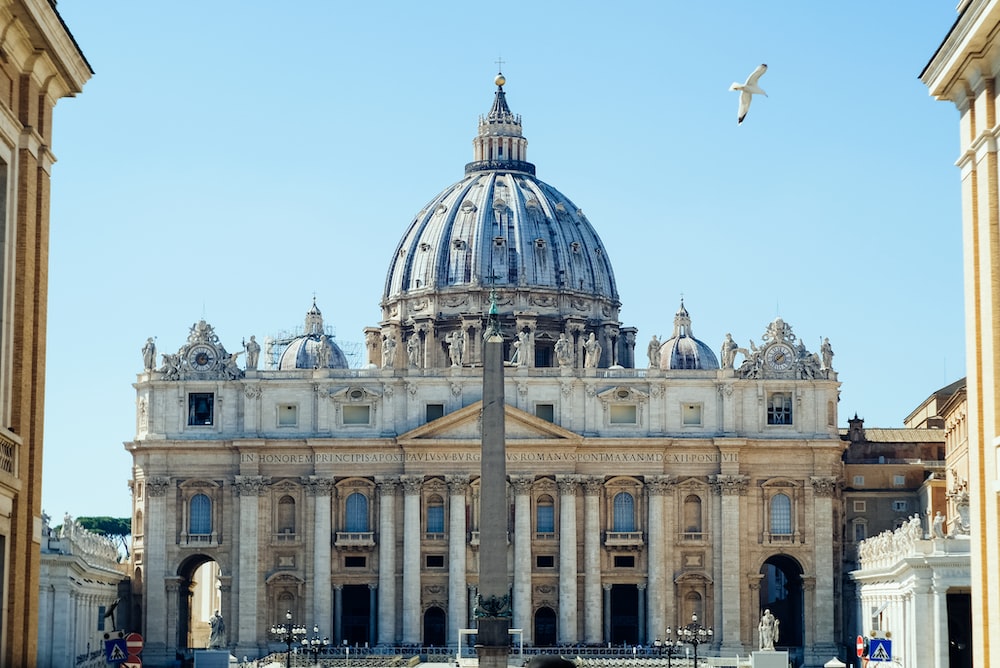 You will hear this often on my blog, but there’s no better way to quickly get a sense of a city than to get above it. Whenever I’m in a new place (or even an old one), I love to go to the highest place I can. While I’m not a fan of overpriced observation decks, I like places like city halls and church towers much better. There’s a lot to be said for having had a small sense of accomplishment for walking up the staircase to the top, and the views are unparalleled.

I paid 2 euros to enter the Alter Peter, and began to ascend the narrow stairways. The climb took about 15 minutes or so. It would have been much faster, but there were a lot of people descending who weren’t taking much time to look to see if the path was clear, so I had to keep stopping and in some cases, had to double back. Secretly, I didn’t mind, since my cold didn’t have me feeling up to sprinting up stairways.

Once I was at the top, I had a great view of all of Munich below. 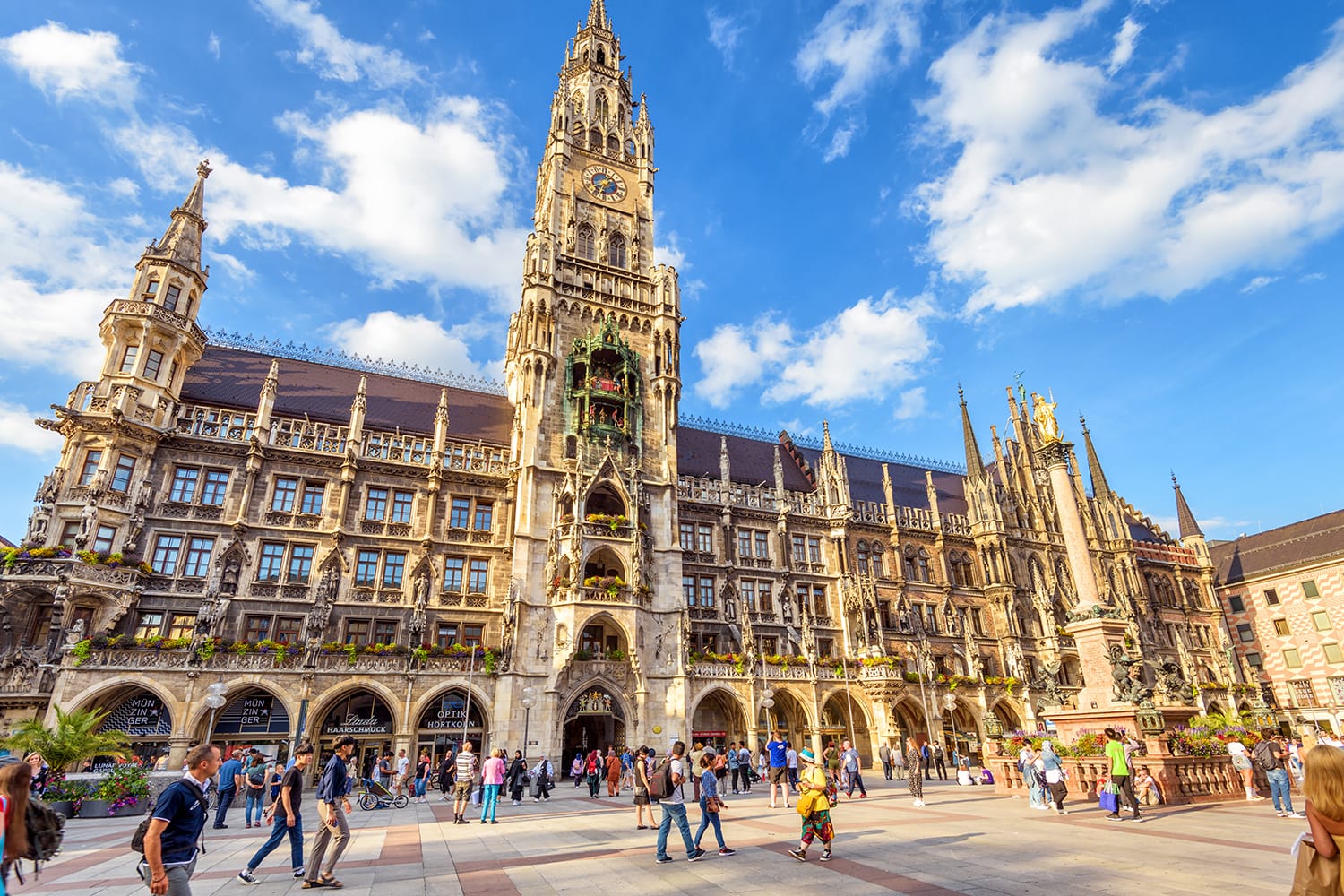 I headed back down and briefly went to the Marienplatz, home of the Glockenspiel. I hadn’t bothered to look up what time the clock show plays, so I was unsurprised to find that I had already missed it for that day. I saw it on my first trip to Germany back in high school, so I didn’t mind. I did note from the Alter Peter that you could see Marienplatz very well from it, so if you were to time your trip up, you could potentially see the show from there, but I can’t make any guarantees about how crowded it would be. The crowds of tourists in Marienplatz were still rather thick even without the Glockenspiel show, so I quickly departed. 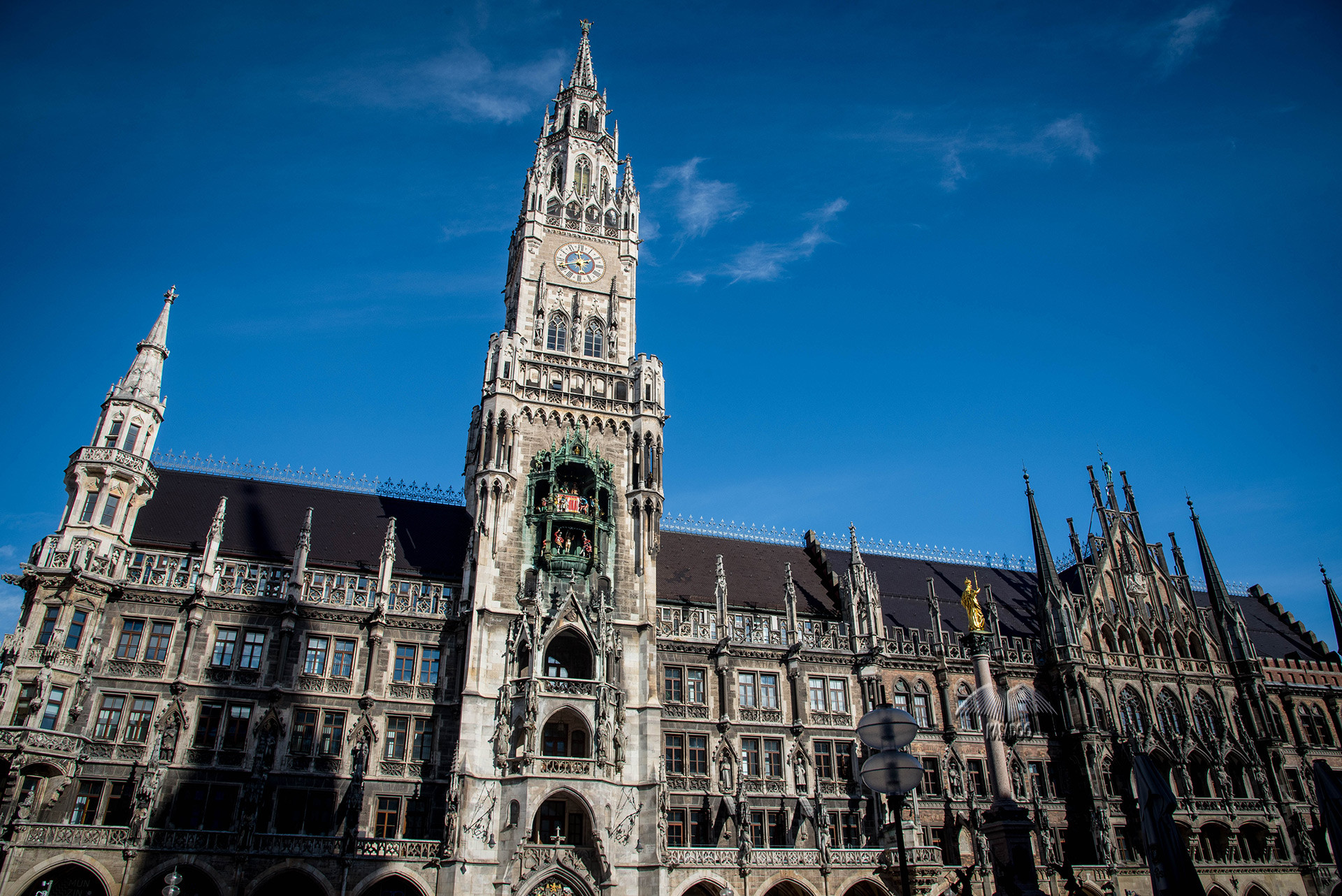 After buying a Bayern Munich scarf at the FC Bayern Fan-Shop im Hauptbahnhof München team shop located a few blocks away (more on Bayern Munich in my next post), and after skipping going into the Hofbräuhaus since I didn’t feel like a beer (plus I’d been to the one in Pittsburgh, so a visit seemed less necessary), I headed to the Viktualienmarkt.

The Viktualienmarkt is an open air market that is any foodie’s dream. A large square and the surrounding streets are filled with an array of food shops and stalls, including meats, cheeses, seafood, flowers, fruit, vegetables, spices, and of course, beer. 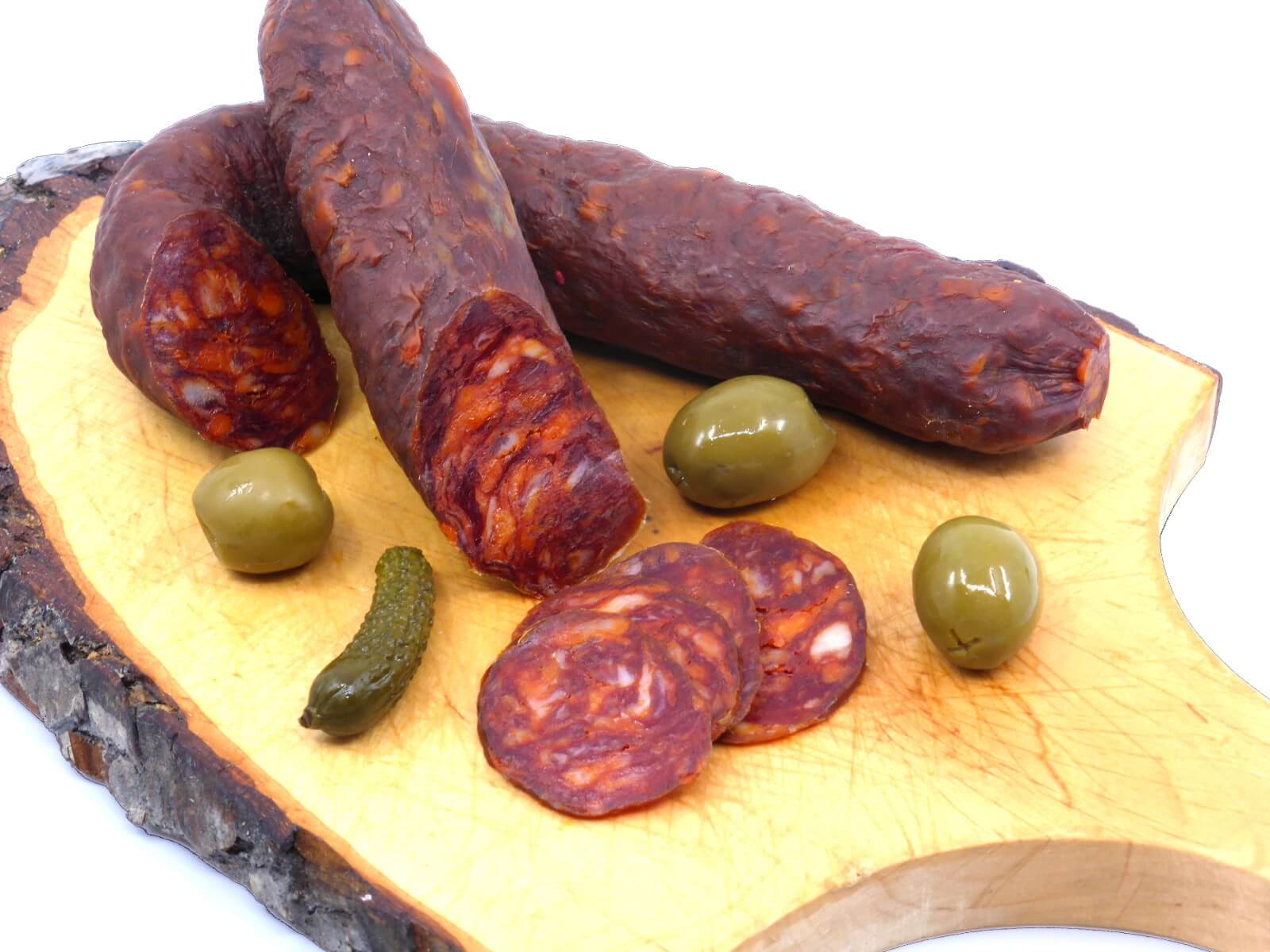 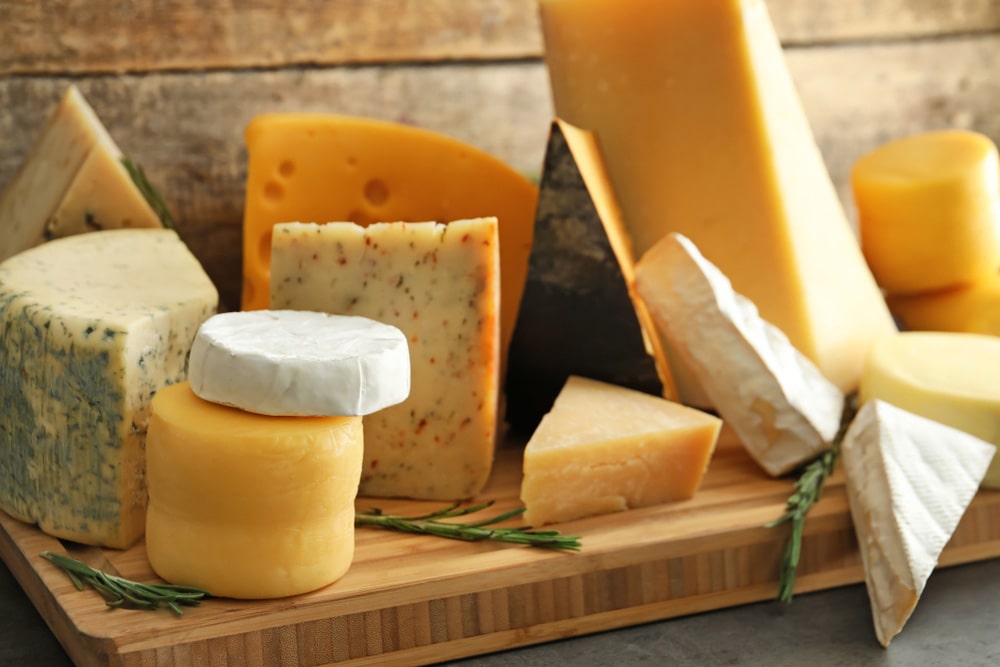 I bought a sausage and a huge piece of cheese, found a bench, and had a nice lunch. By this point, my cold was catching up to me, so after I ate, I headed back to my room to relax for a bit, since I had plans for later that night. More on that in my next post! 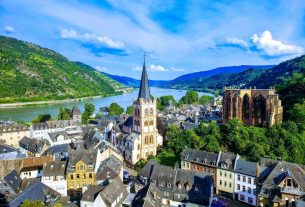 The 9 Best Things to Do in Bacharach, Germany 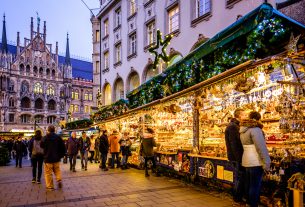 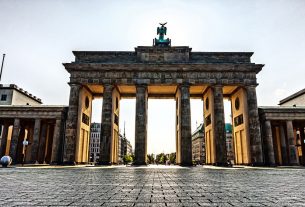 10 most interesting and strange facts about Germany