The National Natural Landmarks Program (NNL) in the US, appreciates sites that have remarkable biological and geological resources, as well as encouraging the conservation of these areas. Stewart Udall, the 37th United States Secretary of the Interior, established the program on May 18, 1962. The Historic Sites Act of August 21, 1935, gives the NNL Program legislative authority. The sites designated have different forms of ownership, public and private. About 599 sites had a designation as National Natural Landmarks as of November 2016, in various states and regions including Hawaii. Hawaii is the only US state that has its location outside North America in Oceania and is composed of islands. The State Hawaii has a diverse natural scenery, oceanic surroundings, active volcanoes, and plenty of beaches, on an area of 10,931 square miles. Hawaii has several protected areas under the National Park Service including its two national parks. The state has seven National Natural Landmarks, which received the designation during the NNL Program’s first decade. Only four of the islands in Hawaii have these sites, which have areas ranging from 0.2 to about 131.25 square miles. Ownership of the landmarks in Hawaii is either Federal, State, or Privately owned. 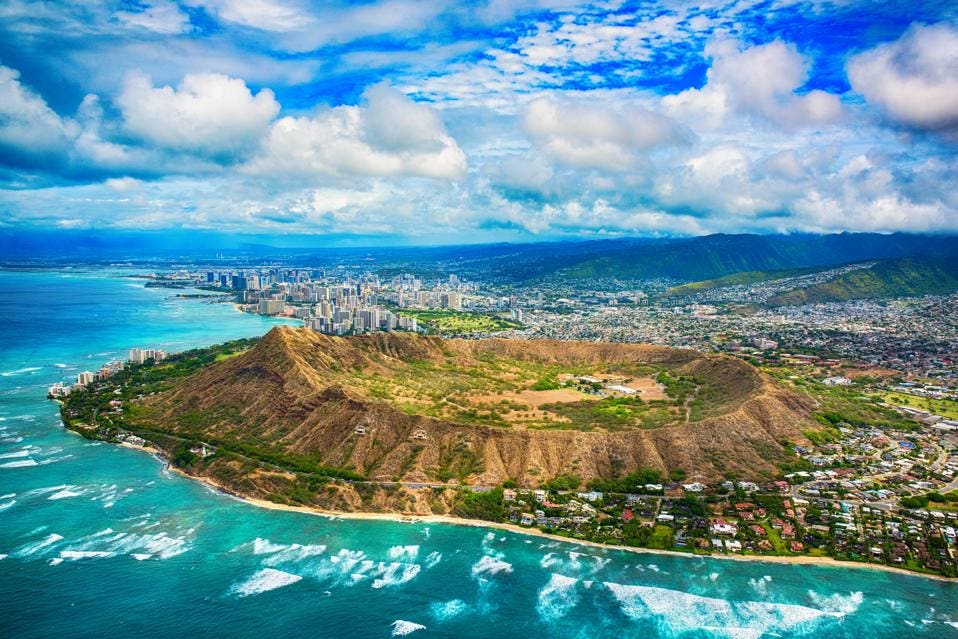 Located in O’ahu Island in Hawaii, the volcanic cone called Diamond Head has an area of 128 acres. The site received its designation as a National Natural Landmark in 1968. This landmark is part of Honolulu Volcanic Series, a system of vents and cones arising from the Ko’olau Volcano eruptions. Estimations place the formation of the Diamond Head at about 500,000 to 400,000 years ago. The United States first military reservation on the island state, Fort Ruger, was built on the interior and exterior of the landmark in 1906. Between 1963 and 2001, the Federal Aviation Administration operated an air traffic control center at the site. Inside the crater, only the Birkhimer Tunnel and Battery 407 are still in use. The site has Federal and State ownership. The US government uses part of the Diamond Head for its antennas, restricting access to the public. In the early 1900s, the crater served as a strategic military lookout. 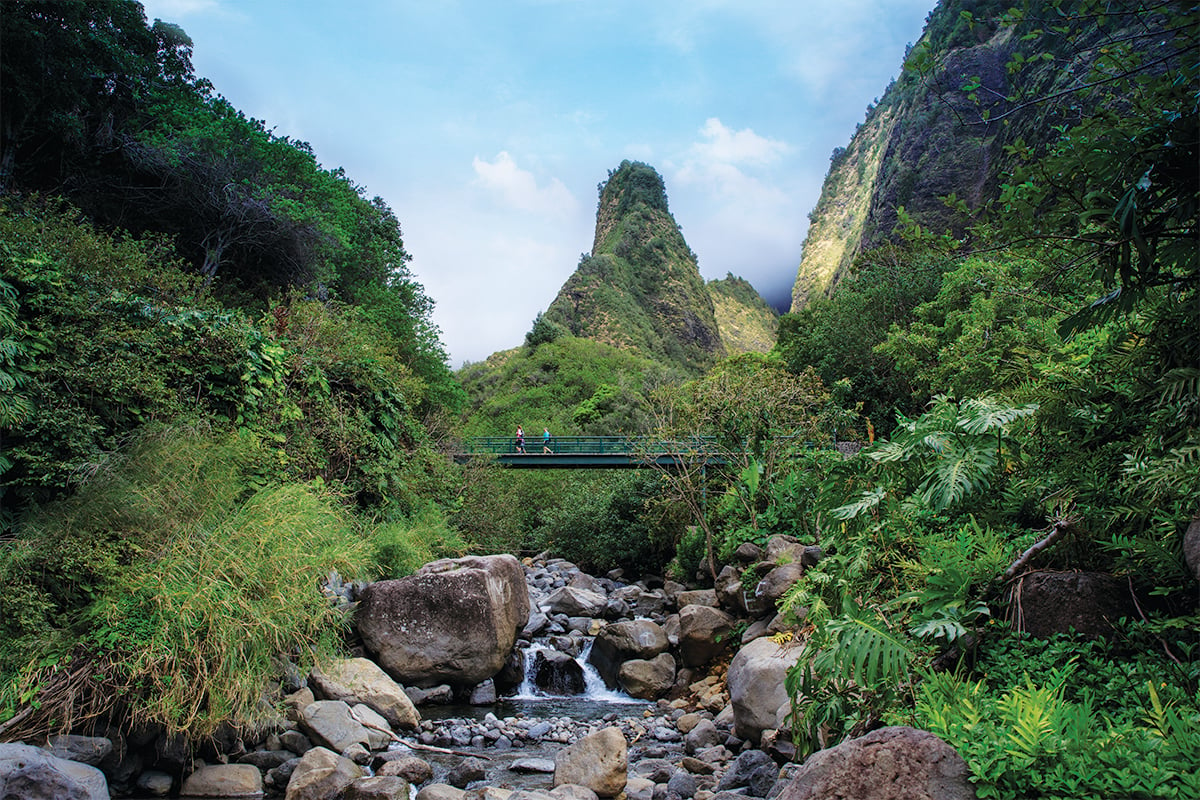 The I’ao Valley, a state monument, is in the western part of the Island of Maui in Hawaii, about 3.1 miles on Wailuku’s west. With state and private ownership, I’ao Valley got designated in 1972 as a National Natural Landmark. The area attracts tourists due to its history and natural environment, covering an area of about 74 square miles. A dense rainforest covers I’ao Valley, as well as introduced vegetation on its floor. The Iao Needle, an extension of the extinct West Maui Mountains, rises from the valley floor about 1,200 feet high. The Iao Needle represents the Hawaiian god of the underworld, Kanaloa. The valley became an Ali’i burial ground, a designation by Kaka’e, the island’s ruler in the 15th century. The Battle of Kepaniwai occurred in 1790 in the valley, resulting in many dead bodies, which blocked the Iao Stream.

Owned by the state, the Kanaha Pond State Wildlife Sanctuary in Kahului on Maui Island is a protected wetland under IUCN Category V. Kanaha Pond has an area of 143 acres. The State of Hawaii established the pond in 1951 as a state sanctuary. In June 1971, Kanaha Pond became a US National Natural Landmark. The landmark is home to the Hawaiian stilt and the Hawaiian coot, both endangered bird species indigenous to Hawaii. Kanaha Pond is the state’s most significant waterbird habitat. The site provides refuge for resident and vagrant birds such as Belted Kingfisher and Gray-tailed Tattler. 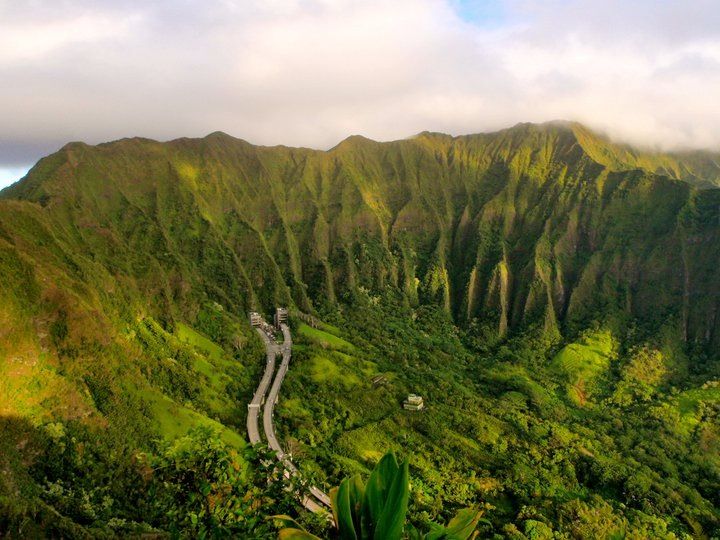 Located in Hawaii’s O’ahu Island, Ko’olau Range is a dormant shield volcano covering an area of 570 acres. The state and private land received National Natural Landmark designation in 1972. The Ko’olau Range was once a single mountain, but only the western half of the volcano still stands. During the prehistoric times, the whole of the eastern half of the Ko’olau Volcano slid into the Pacific Ocean, with large fragments spread over 100 miles of the ocean floor. The past 500,000 years have seen about thirty eruptions on Ko’olau Range, which created the Honolulu Volcanic Series, a collection of landmarks along vents and cones of the Ko’olau Range. Geologists believe that Ko’olau will erupt soon. Landmarks on the range include Diamond Head, Koko Crater, and Punchbowl Crater.

Makalawena marsh is a pond behind the Makalawena beach, called Opae’ula Pond, located on Hawai’i Island. The 165-acre marsh received designation as a National Natural Landmark in June 1972. Together with Kanaha Pond, these are the only ponds in Hawaii supporting endangered bird population. The pond is the only known black-crowned night heron breeding site. The 1946 tsunami wiped out a fishing village that resided in the area. Makalawena Marsh sits within Kekaha Kai State Park, in a privately owned part between the state park’s northern and southern sections. 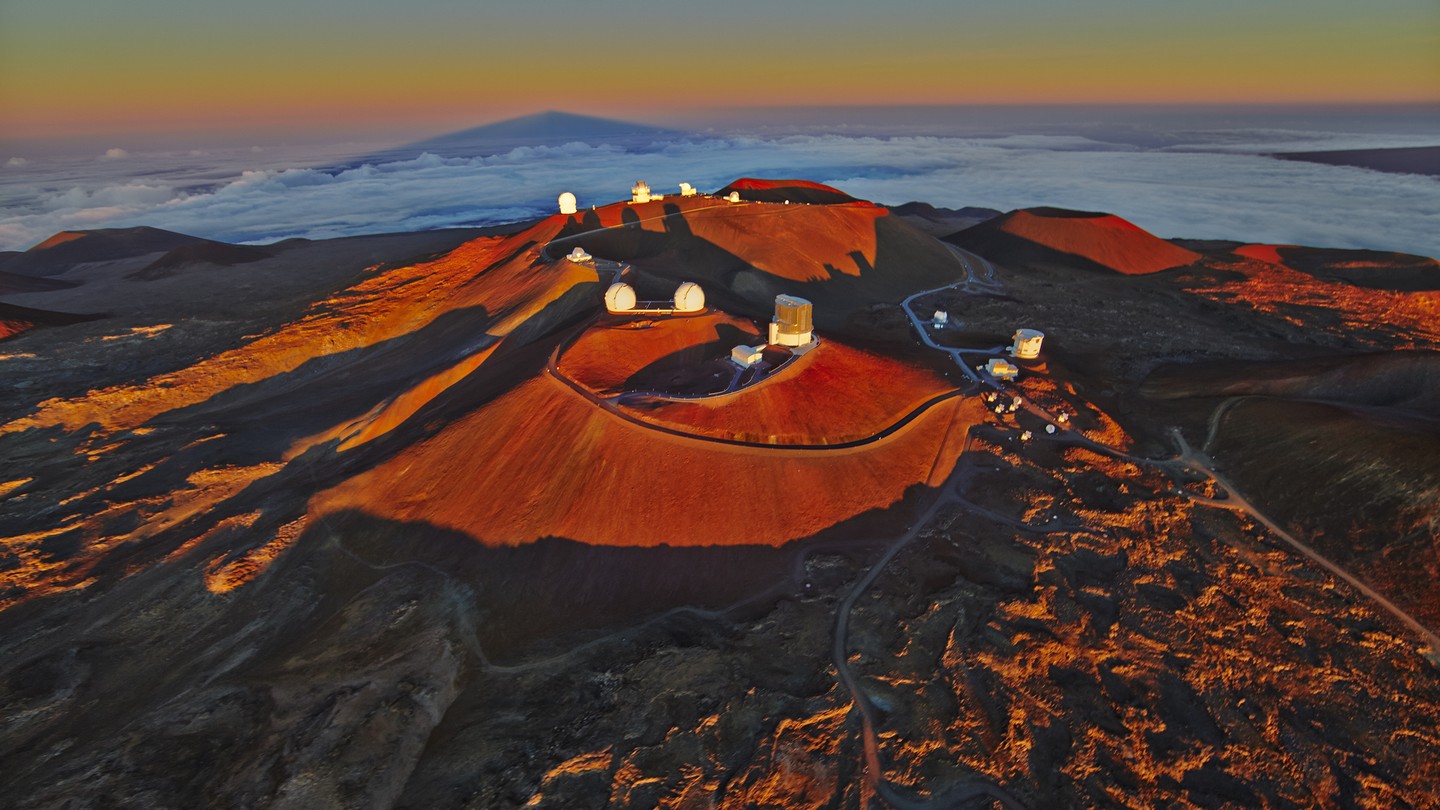 Mauna Kea in Hawaii Island in the state of Hawaii stands 13,802 feet above sea level. The dormant volcano measures about 33,000 feet tall from its oceanic base to the peak, the tallest in the world. Designation as a US National Natural Landmark came in November 1972. Mauna Kea last erupted around 4,600 years ago. Lake Waiau lies within Mauna Kea’s Pu’u Waiau cinder cone, covering only 1.80 acres. The Mauna Kea Observatories have 13 telescopes constructed by eleven countries at the mountain’s summit, for research purposes. The lower environment has some endangered bird species such as the Hawaiian hawk, Hawaii creeper, and Hawaiian crow. The region has many recreational parks such as Akaka Falls State Park. Controlled hunting is carried out in Mauna Kea to check on the population of introduced animals in the area including turkey, sheep, and even pigs. 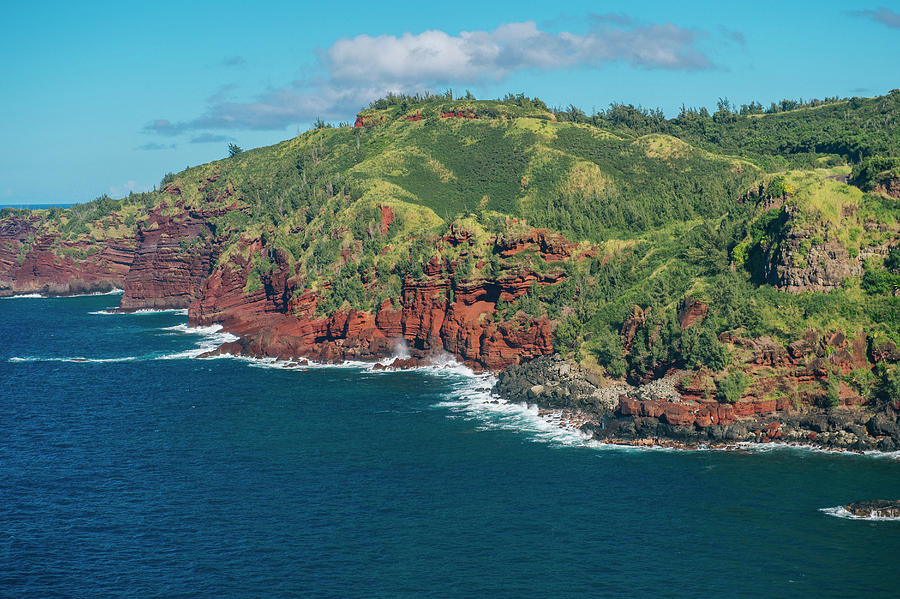 Covering an area of about 42 square miles, the North Shore Cliffs got its designation as a National Natural Landmark in 1972. The site is on Molokai Island in Hawaii, with federal, private, and state ownership. The cliffs are on the island’s remote northern side. This landmark is a popular tourist attraction, and several helicopter companies offer tours to view the North Shore Cliffs. Visitors may see the cliffs from the Pala’au State Park, or through a direct flight to Molokai from Maui.

8 Pointers to Help You Plan Your First Hawaii Vacation

Explaining the Hawaiian Islands and Their Nicknames