We can all learn something from this tiny yet determined baby giraffe.

The adorable calf has impressed his mother, keepers and millions of online viewers as he learned to stand up for the very first time.

After falling down over and over again, the animal finally managed to find his feet moments after it was born at a zoo in China. 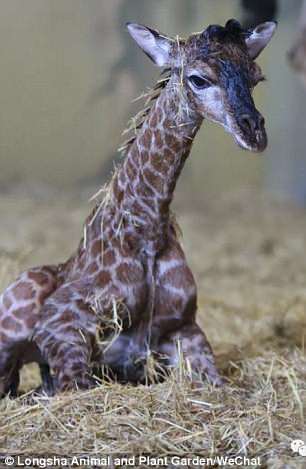 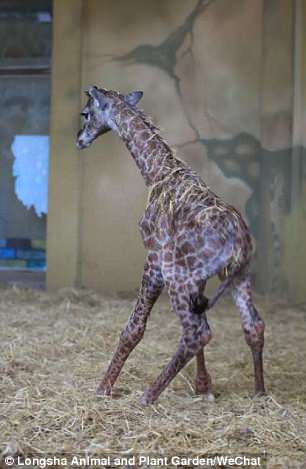 Standing tall: The giraffe refused to give up while trying to find its feet and finally succeeded

Footage released by the Longsha Animal and Plant Garden in Qiqiha’er, north-east China, has captured the endeavour of the baby animal.

The giraffe’s mother, which had been pregnant for 15 months and 12 days, delivered the calf on June 2. Her labour was said to be smooth and lasted 82 minutes.

One of the zoo’s managers, Mr Cao, said the baby giraffe measured 1.8 metres (5ft 9in) tall when it was born, and is expected to grow to 2.2 metres (7ft 2in) when it reaches one month old. 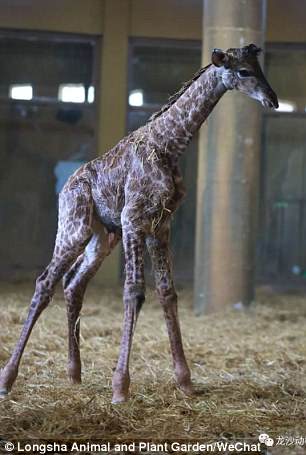 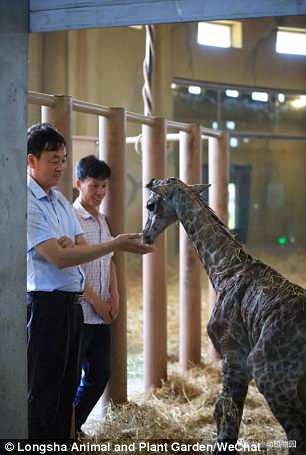 Feeling proud: A worker at a Chinese zoo stroked the calf after it managed to stand up (right). The calf (left) was born on June 2 after its mother had been pregnant for 15 months and 12 days 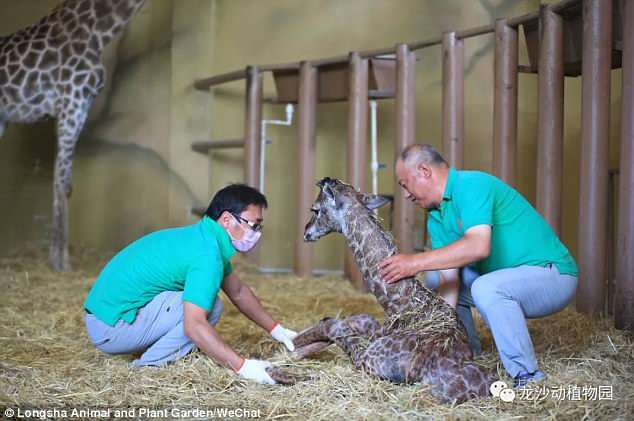 According to Mr Cao, giraffes are highly nervous and shy animals, and they can get frightened easily.

Therefore, the management has instruct the keepers to be extra careful while taking care of the mother giraffe and the calf.

The zoo has also installed 24-hour security camera in the giraffes’ enclosure to ensure they could be monitored around the clock.

Both the calf and his mother are in good health, according to the zoo.

The calf’s parents were introduced to Qiqiha’er from eastern China’s Hangzhou city in 2014.

The zoo plans to launch a public campaign to find a suitable name for the baby giraffe.

Zoo-goers can expect to meet the baby giraffe from next month.

Did you mean daily mail

Crocodile’s rock: Baby snapper enjoys a ride on the back of a hippo after mistaking him for a nice quiet spot to have a rest