The heights of the Kitzbüheler Horn, Austria can be seen from a different perspective at the Hornpark St. Johann in Tirol. Here’s how.

As I inched higher, climbing in Austria’s western mountainous parameters, I soon find out that not all journeys are the same. Tirol boasts six mountain parks and in spending much of my time in St. Johann in particular, I quickly saw that there was more here the just the country’s famed hiking routes.

Wavy lines of greens and blues, where the hills blend into the mountains and then into the sky, form the dreamy panoramas of the region’s surrounding Kitzbüheler Alps that many visit via days-long hikes of dizzying heights.

However, those of less mountaineering stature can seek it through adrenaline-charged activities requiring a lot of balance, a thrill-seeking spirit and a simple climbing harness. Gondola cars drop you off at various stations where alternative adventures await.

Breathing in the fresh alpine air, while struck by the postcard-perfect view, only added to the adrenalin rush of being up so high in a region of Austria which encourages you to get closer to nature via venturesome means, and not just survey it all from the ground. My nerves were put to the test at the high rope course Hornpark St. Johann where semi-circular shapes of rope, tight steal lines you can inch across step-by-step, wobbling climbing boards and puzzling wooden beams were all a part of an adrenaline-pumped balancing act. It’s fair to say I am no pro (my balance has never been a strong point), but when it’s just you armed with your harness of karabiners and a zip line hook, you feel charged with an energy that only the breathtaking view of the Wilder Kaiser and surrounding mountains, that teasingly poke through the trees of the forest, can give you. You immediately feel like a true adventurer. Tirol decided to build itself an adventure playground at the intermediate gondola station for those looking to clamber and climb through the beautiful alpine forest. The St. Johann Hornpark stands as the biggest park in the Kitzbüheler Alpen, with over eight different courses comprised of over eighty elements, including a 210-metre zip line – the Flying Fox – which soars over the Angereralm Mountain Lake. Some members of my group, in a testosterone-fuelled frenzy, decided to take on the last and toughest of all the courses, which included obstacles so high that there was literally no turning back.

We cranked our necks while our hearts skipped a beat watching them. If I were a few inches taller, longer-legged and able to balance less precariously, I wouldn’t have said no to it myself. Instead, I was part of a three-man cheerleading squad on the woodland below.

Teamwork is essential, as your climbing comrades help you guide your next step, give reminders of the karabiner clipping system (which you learn beforehand with ones of the park’s experts) and laugh at your clumsiness, of which there are many moments. Not all adventurists glide through this assault course gracefully. Of course, there is always a way down. The trees are rigged with carved ladders made of branches, and park eyes are on hand to come to the rescue – like when I got to the end of the zip line, lost my footing and swung halfway back out on the line. It was fun to hang there for a few minutes observing the calm of the forest before being pulled back onto the platform. Via Ferrata on the Kitzbüheler Horn, Austria

Via Ferrata Course in St. Johann

On the same Harschbichl gondola, right at the very top to the last line, you can combine a small hike with a chance to try out two recently re-designed Via Ferrata courses.

Kitted out with the climbing harness and a full briefing, a small group of us hiked for around half an hour to the Kitzbüheler Horn that marks the entrance to the practice Via Ferrata route. We worked our way in tandem along the lower part of the mountain walls, in a heart-racing survey of the panorama of the Wilder Kaiser and the Lofer and Leogang Stone Mountains.

In a short circuit of over 100m in length, you are soon back at the entrance point again, where you can choose to continue on the summit path to the Kitzbuheler Horn on a slightly harder course (difficultly level C), whose 350 metres of twists and steep ridges, winding to an extra 150 metres of altitude, lead you to an even wider view of Tirol’s lands and the Großglockner – the highest mountain in Austria. Be sure to bring the best hiking shoes you have, or invest in some – my trail runners were not adequate enough to tackle the more slippery of rock faces at this more challenging level.

No activity in the great outdoors of Austria is without a stop at a rustic mountain hut for a hearty meal to replenish your energy. In the Hornpark St.Johann, and after the rush of the climbing park, we made the short 15-minute climb up to the Angerer Alm mountain hut.

This was to devour Tyrolean produce including cheese, ham and farmhouse bread, alongside traditional Austrian dishes including Tiroler Gröstl (a hearty dish of potatoes and pork, known as a traditional way of ‘eating the leftovers’) and Kaiserschmarn (a type of pancake served with an apple sauce and cranberry jam), all washed down with a favourite Austrian soft drink called Almdudler. The owner of the Angerer Alm, Annemarie Foidl, is also a qualified sommelier and considered an international expert on wine – the cellar here is particularly impressive and full of some of the oldest bottles of vino I have ever laid eyes on. These establishments form a part of the true Austrian experience, where you can take in the view of the land you worked hard to get close to while revelling in a sense of sporting accomplishment.

While the toughest of peaks may be out of reach for some, climbing in Austria is one way to reach the Kitzbüheler Horn’s and the wider Kitzbüheler Alpen’s famed heights, in a way that is easily accessible, enormously fun and very different. 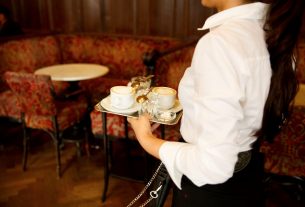 11 Things Tourists Should Never Do In Austria 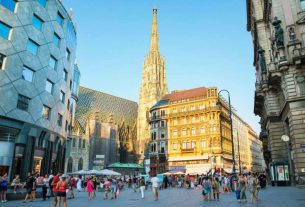 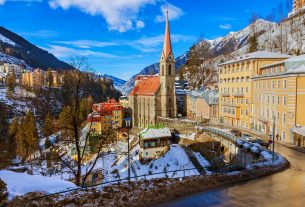 The 10 Most Beautiful Places To Visit In Austria