Tucked away in the lush gardens of Kromlau in Saxony, a perfectly arched bridge draws tourists and professional photographers to the site who marvel at the perfect circle that the reflection of the stone arch creates in the water.

The Rokotzbrücke, also known as the Devil’s Bridge, is one of many bridges in Europe carrying the mystifying nickname which is often inspired by mythical tales and sagas. Many of the ancient parabolic bridges were considered a miracle and impossible to built without help from Satan. 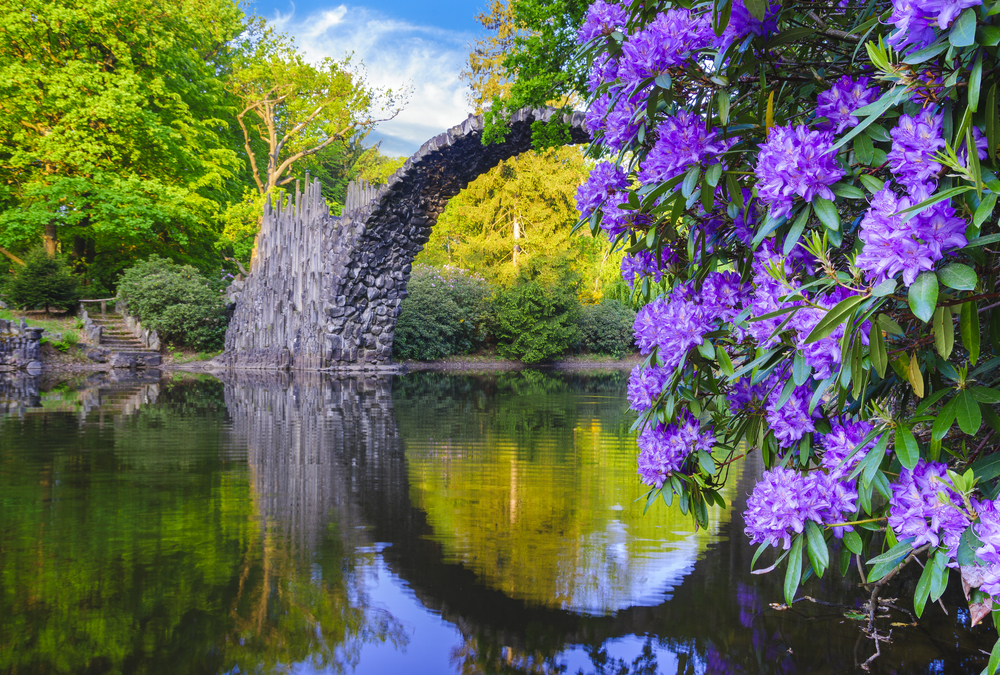 Dyavolski most near Ardino, Bulgaria for example. After the powerful Arda river had destroyed several bridges before, locals believed the site to be cursed. The ambitious undertaking to construct a new bridge by a builder was met with scepticism. Legend has it that he made a pact with the devil who offered to share the secret of building a lasting bridge in return for a few favours, including that his image would be eternalised in the final construct. If you visit on a clear day and tilt your head, you supposedly see the devil’s face and horns in the reflection.

The Devil also helped the people in Uri to build the bridge in the Swiss Schöllenen Gorge demanding that he would receive the soul of the first person who crossed the bridge. The locals outsmarted the Devil and sent a goat instead. A woman in Kirkby, England struck a similar deal with the Devil after one of her cows had disappeared into the woods on the other side of the river. Again, the Devil asked for a soul in return for building a bridge across, but the woman sacrificed her dog rather than herself.

In comparison to many of its counterparts scattered all over Europe, Kromlau’s bridge is fairly new. Commissioned in 1860, the brief was very clear: to create a half circle which on a clear and calm day would be mirrored in the water underneath and give the illusion of a perfect circle. The thin, gravity-defying arch reaches across the pond where it meets a cluster of soaring basalt columns on each side.

Even though no witchcraft or satanic powers were used during construction, the setting of Kromlau’s Devil’s Bridge sure catapults you into a fairytale. Spanning over the tranquil pond and surrounded by blooming azaleas and rhododendrons in the spring, Rakotzbrücke easily makes the list of Germany’s most magical places.

Just be aware that taking pictures from afar is allowed but crossing the bridge is not (even if you’ve seen images of people doing so on Instagram). The delicate arch is feared to crumble – which may be the downside of prioritising pesticides over purpose. 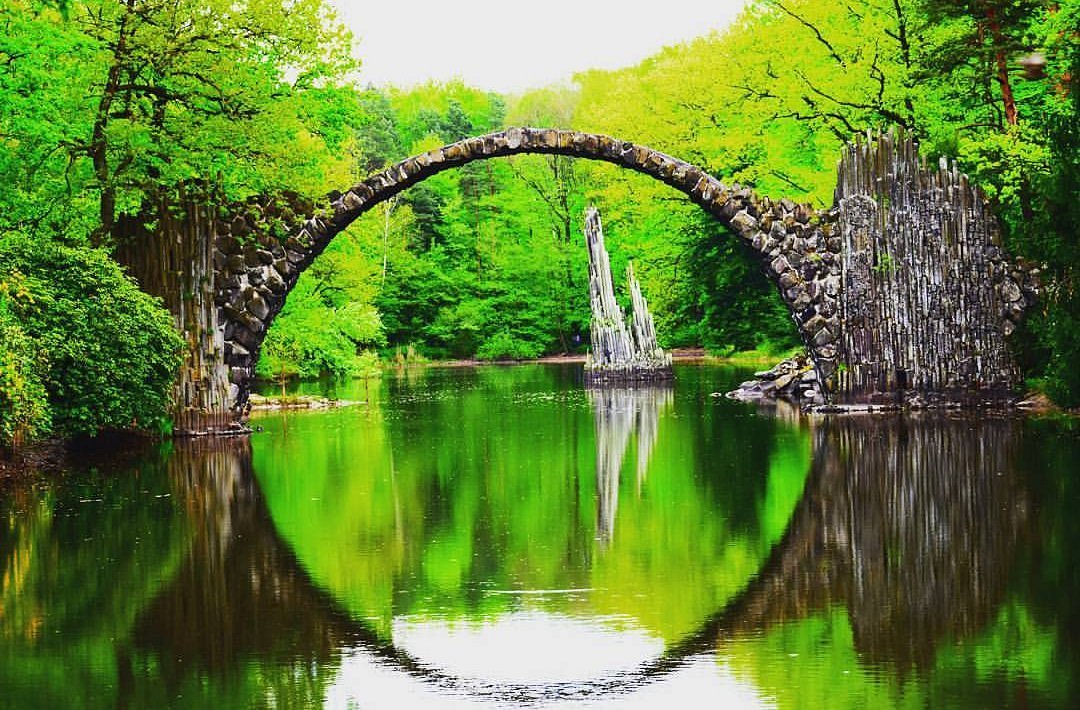 10 Things Only Who Lived In Germany Understand

The Most Interesting Towns To Explore in Rhineland-Palatinate, Germany