This huge grizzly bear was spotted performing a bizarre back scratching dance as it tried to alleviate an unbearable itch.

The brown cub used a tourist sign to tackle the tickle and repeatedly bent down and stood up to get at the hard-to-reach the spot.

The funny images, which were taken in 2015 but have recently been released by photographer, Tom Leeson, for the first time, were taken while he was traveling along Icefields Parkway in Banff National Park, Alberta, Canada.

Tom, from Vancouver, Washington, said: ‘I came across this young bear scratching itself against a park information sign and really enjoying the moment.

‘It was young enough that this was probably its first time out alone so it was experiencing proper freedom from its mother for the first time.

‘This bear just found whatever looked good at the time to relieve his itch and he didn’t care who was watching. What an exhibitionist.’ 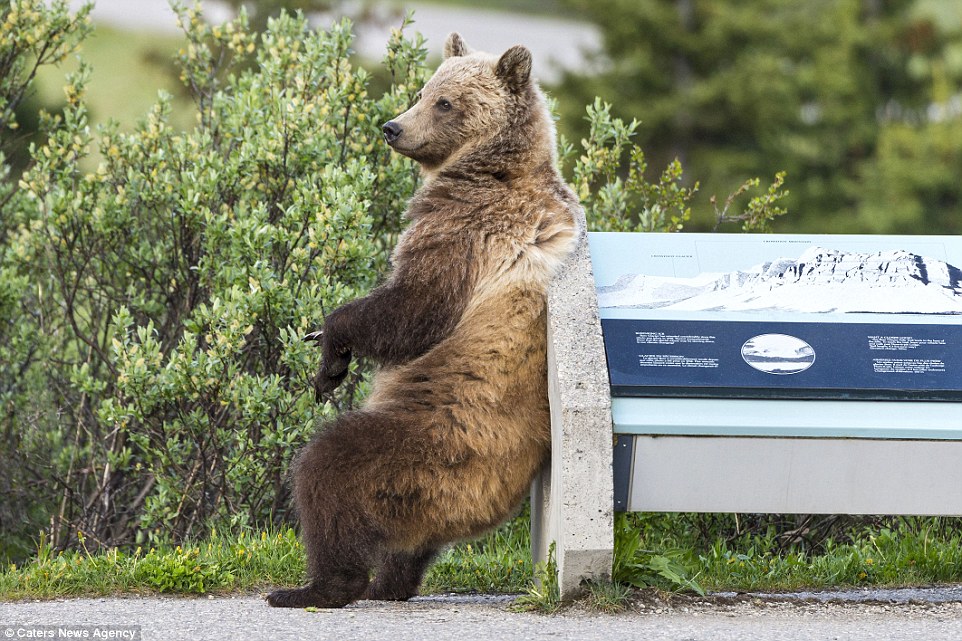 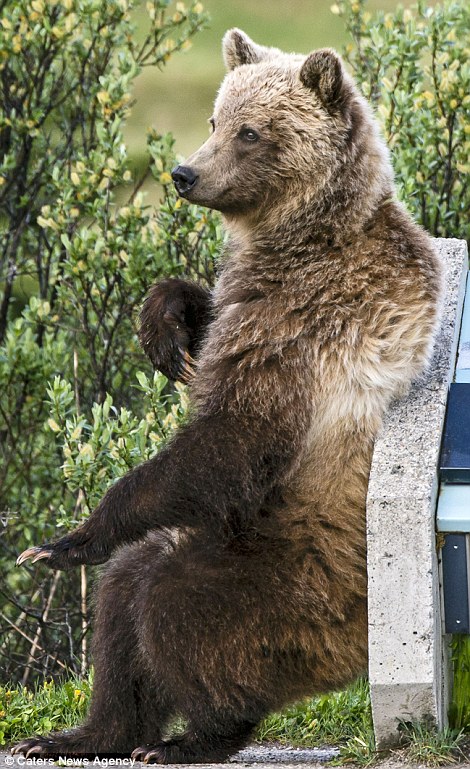 The funny images were taken in 2015 but have recently been released by photographer, Tom Leeson, for the first time

The Best Places to See Cherry Blossoms in Canada

9 Life Lessons We Could All Learn From Canada