This elephant’s mud bath got so messy that he almost became invisible.

The young bull was so pleased at getting to play and cool off in the searing sun that he covered himself completely from trunk to toe.

As the bull carried on enjoying himself at the Kumana Dam in the Kruger National Park, South Africa, a group of puzzled impala watched on.

The pictures were taken by safari company founder Cara Pring from Sydney, Australia.

‘I found it amusing as it’s not all that often you see elephants lying down covered in mud,’ she said.

‘It’s almost as if he’s enjoying his own African spa session.’ 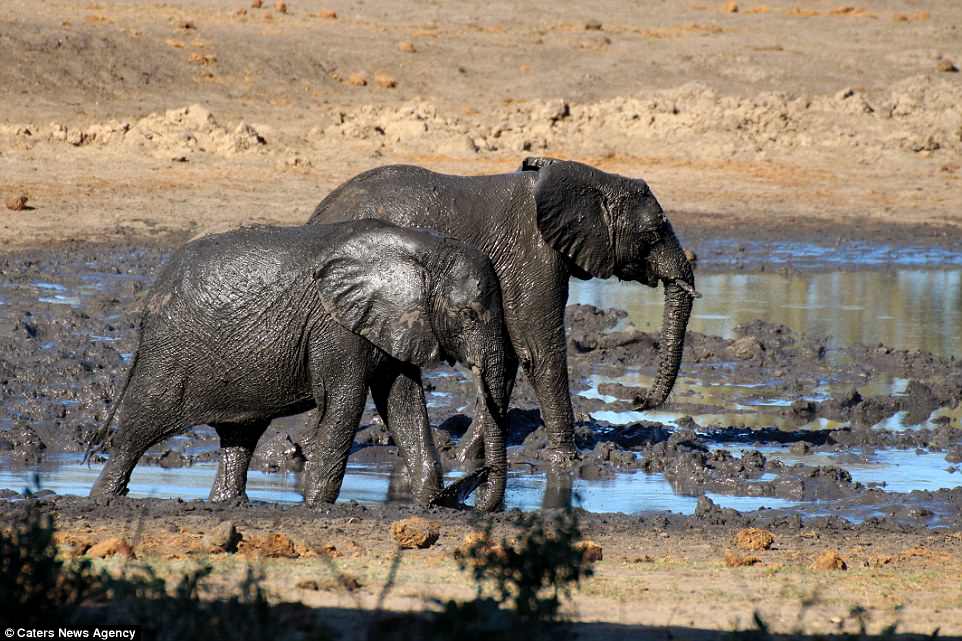 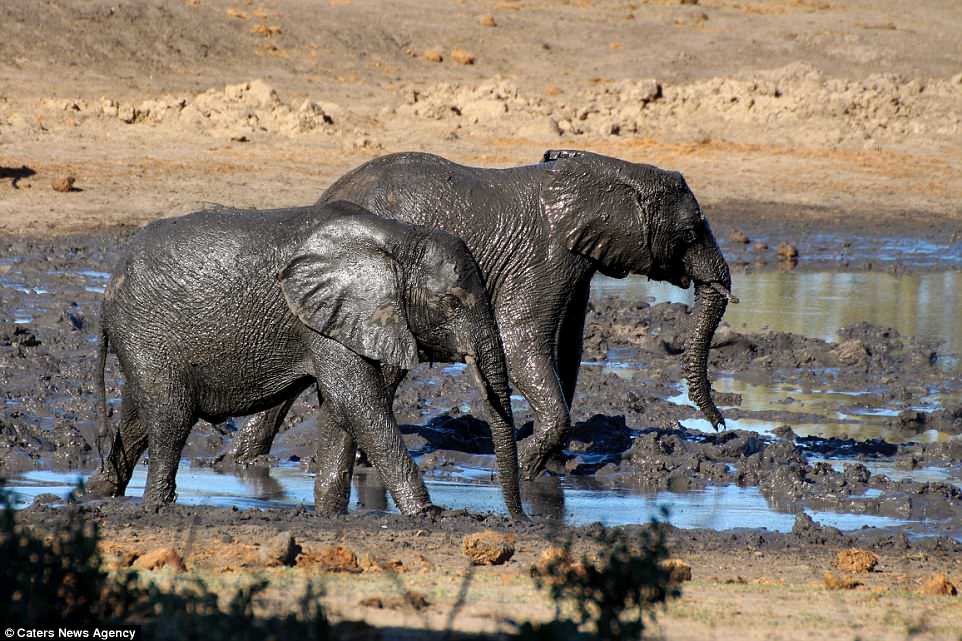 The watering hole is popular with elephants, impala, giraffes and baboons who all come to drink in the heat, said Cara Pring 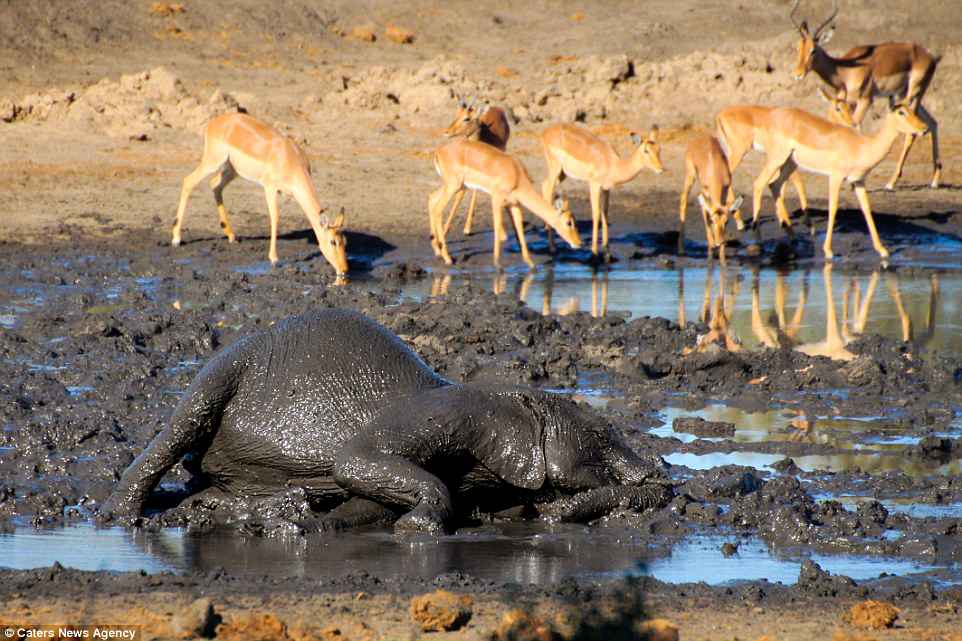 Despite the lack of water the young bull then decided to cool himself off in the mud, by rolling himself on his side 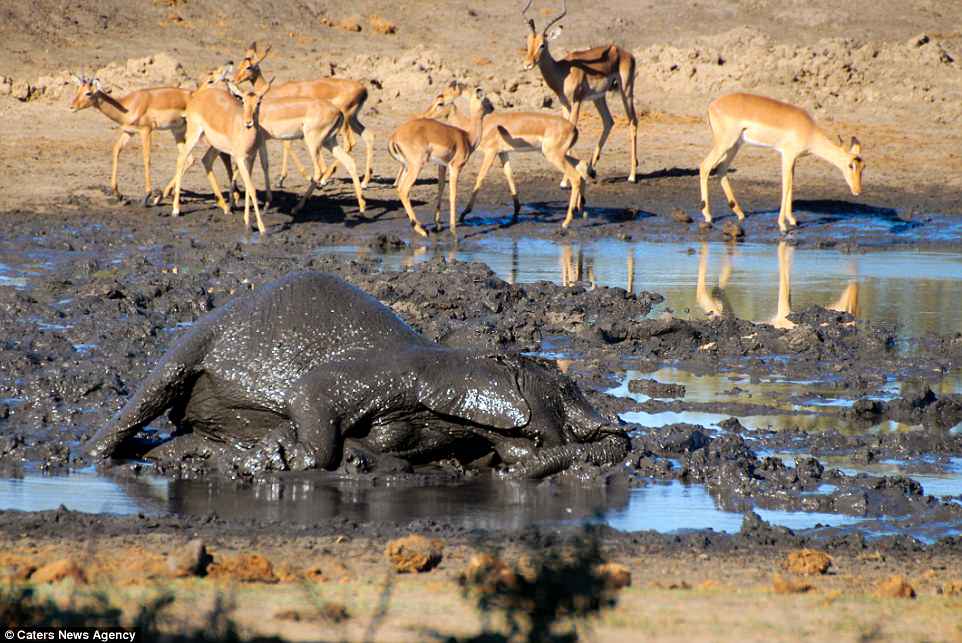 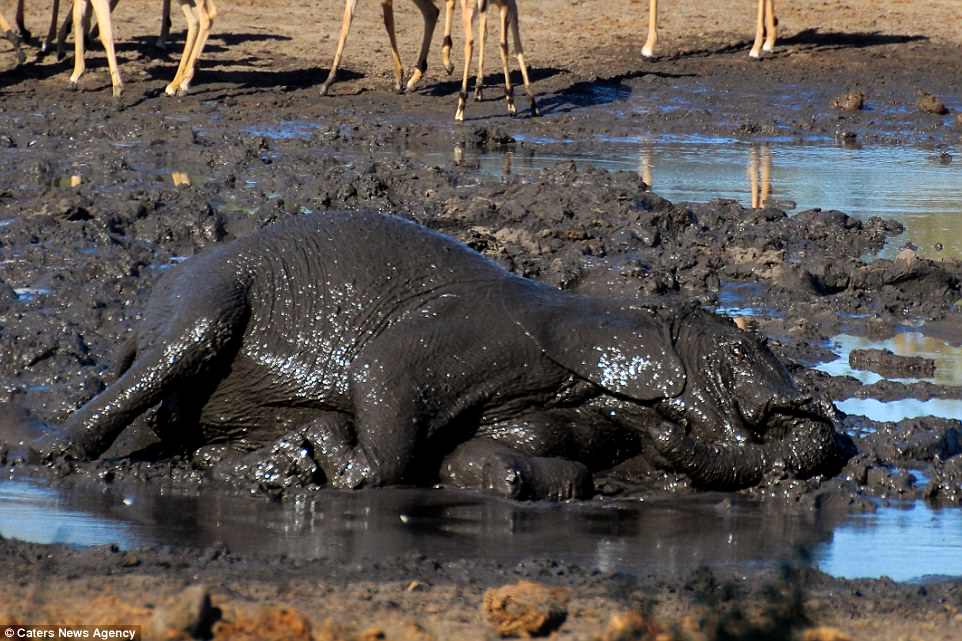 According to Cara, the young bull ‘is just so completely covered in mud and he really looks like he’s in heaven’ 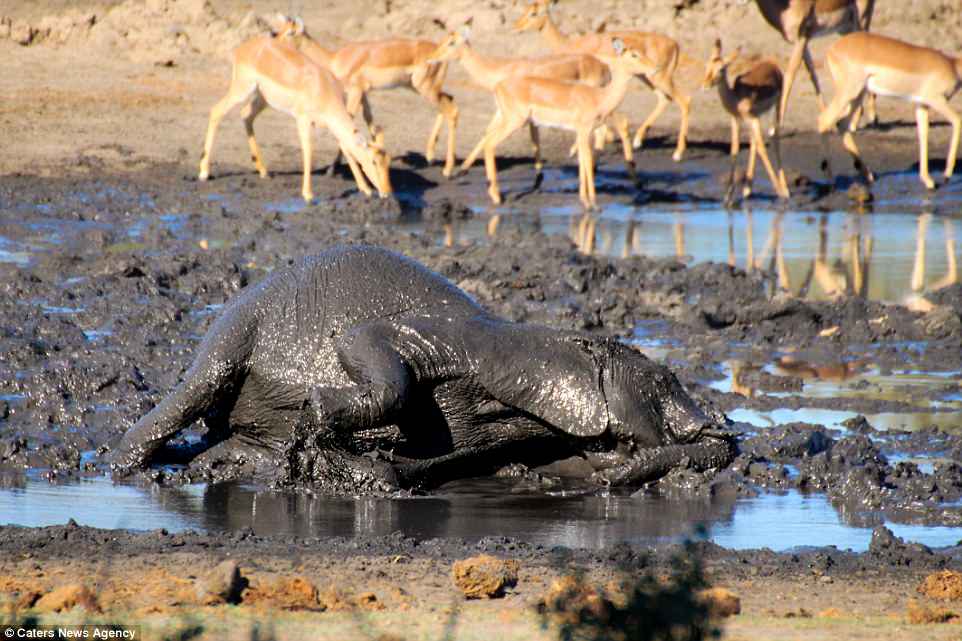 ‘It’s almost as if he’s enjoying his own African spa session,’ said Cara. The elephant eventually managed to drag himself away from the mud

Zookeeper Reunites With Elephant He Cared For 32 Years Ago