Famous around the world for its banks, penknives, and neutral political stance, Switzerland’s artistic history has sometimes been forgotten. Kitty Hudson investigates Switzerland in the 19th and 20th centuries, shining a light on some of the great Modernist artists of this landlocked nation.

Switzerland’s spectacular mountain landscape has inspired artists for centuries. The Grand Tour, and the Romantic Movement with its notions of the sublime and the picturesque, combined in the late 18th and early 19th centuries to attract artists to the spectacular scenery of the Swiss Alps. Francis Towne’s ‘The Source of the Arveyron’ (1781) is an early example of this influence, an almost abstract rendering of the precipitous Swiss valley that emphasizes the visionary grandeur of the landscape.

However, Swiss artists remain relatively unknown to the rest of the world, and those Modernist icons who have gained international recognition often lived abroad, confusing their Swiss identity in the eyes of contemporary spectators. For example, Giacometti is often associated with Paris and Klee with Munich. Such artists as these did not appear out of a cultural vacuum; their Swiss predecessors in the 19th Century exerted a strong influence on European art. Of these, some were strongly linked to certain regions of their native country: Albert Anker (1831-1910) was a popular genre painter in the Seeland region, while Giovanni Giacometti (father of Alberto and Diego) and Cuno Amiet (1868-1933) gained a reputation as ‘Swiss Colorists’, notably in the Engadin region. The School of Savièse, a group of artists led by Ernest Biéler (1863-1948), was inspired by the landscape around Sion in the Valais region, depicting its authentic, rural way of life. However, it is the following figures who really stand out in Switzerland’s modern art history.

Arnold Böcklin was born in Basel, though he traveled extensively. A symbolist painter influenced by northern Romanticism and mythological themes of the Pre-Raphaelites, his painting ‘The Isle of the Dead’ inspired writers, artists, and composers for decades after its multiple conceptions in 1880-1886 with its dream-like yet foreboding atmosphere. 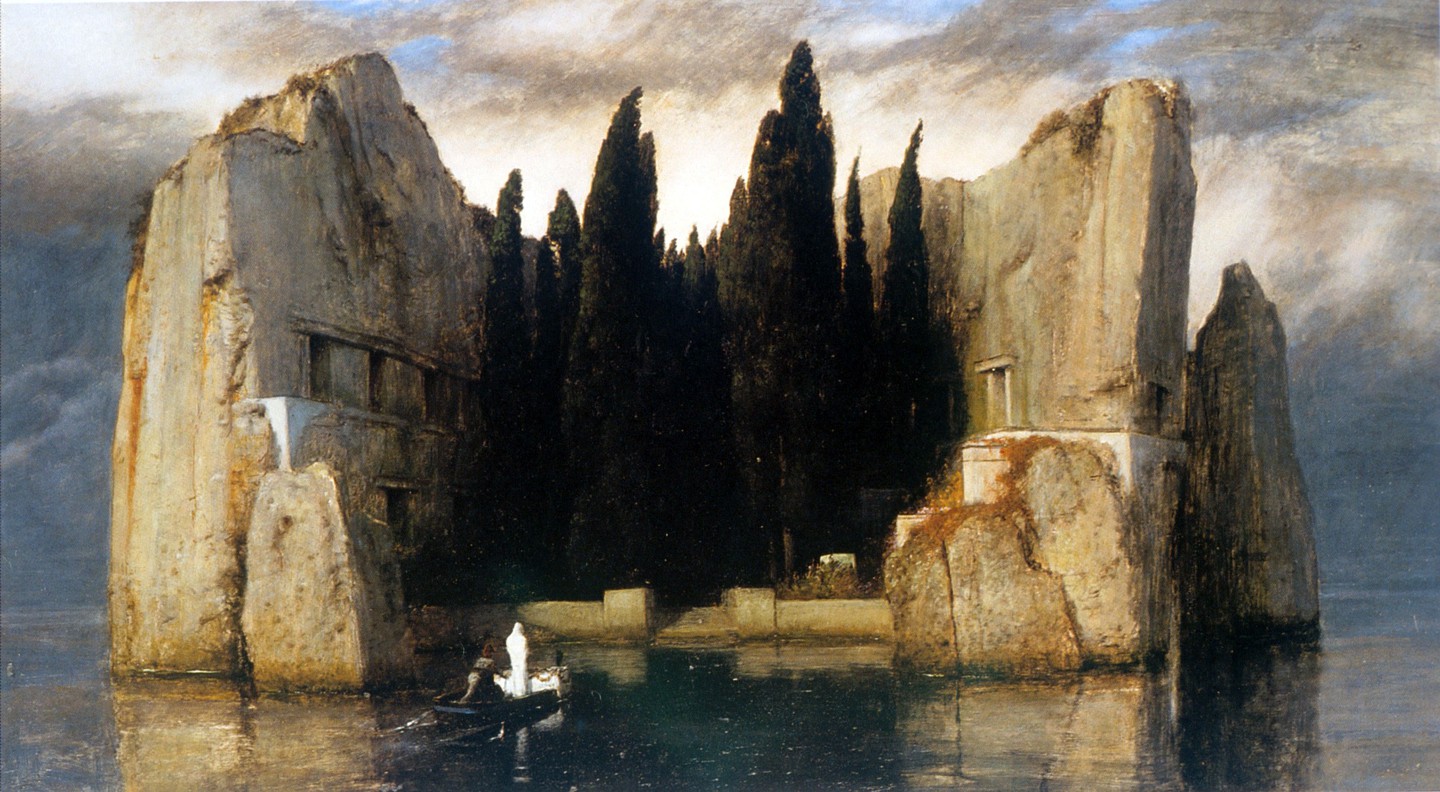 Ferdinand Hodler might be viewed as bridging the gap between the 19th Century Realism and 20th Century Modernism in Switzerland. Hodler was born in Bern, and after beginning in a staunch realist style, he assimilated aspects of Symbolism and Art Nouveau, developing his own style which he named Parallelism. This was characterized by his symmetrical arrangements of figures, lending the monumentality of the composition and also a certain primitivism. He was particularly drawn to the Savoy Alps and the area around Geneva where he lived for much of his life, producing simplified, stylized landscapes such as ‘Lake Geneva as seen from Chexbres’ (1905) and ‘Lake Thun, Symmetric Reflection’ (1905). In the final decades of his career, his work became more expressionist, with strong colors and geometrical figures, and landscapes reduced to their almost abstract essentials. His ‘Woodcutter’ of 1910 was used on Swiss banknotes; first issued 1911-1914.

Felix Vallotton, born in Lausanne, can also be credited with an important transitionary role in Swiss art. His interest in woodcuts at a time when they were only used for commercial purposes of reproduction effectively revived printmaking as fine art. This thrust him into the avant-garde well ahead of the German Expressionists, who would later make this medium their own. Influenced by Symbolism, post-Impressionism, and Japanese prints, his woodcuts were starkly reductive, innovative in their emphasis on outline and elimination of any depth or modeling. Vallotton became a member of Les Nabis, a movement founded by Paul Sérusier in the 1890s, which pushed the boundaries of Post-Impressionism in its color theories and symbolist elements. ‘Last Sunrays’ (1911) echoes his print style, reducing a cluster of trees to sinuous outlines and flat color planes of red and green, while ‘The Ball’ (1899) recalls the style of his fellow Nabis, Bonnard, and Vuillard, the figures absorbed into a general decorative scheme and secondary to the dominant foliage and swathe of the sandy path which bisects the composition.

Alberto Giacometti must rate as one of the all-time greats of 20th Century art. After training in Geneva, Giacometti moved to Paris to study under Antoine Bourdelle and soon came to be regarded as one of the leading surrealist sculptors. His obsessive subject was the human form, which became reduced through his exacting vision to needle-thin figures, etiolated and emaciated. His painted subjects undergo a similarly rigorous treatment, lines endlessly reworked until the faces appear isolated and trapped within a cage of grey. He saw these representations not as the actual figure but rather as ‘the shadow that is cast, an emotional shadow reflecting his very personal response to the model. This approach also reflected a very modern struggle with the meaning of life – existentialism visualized. 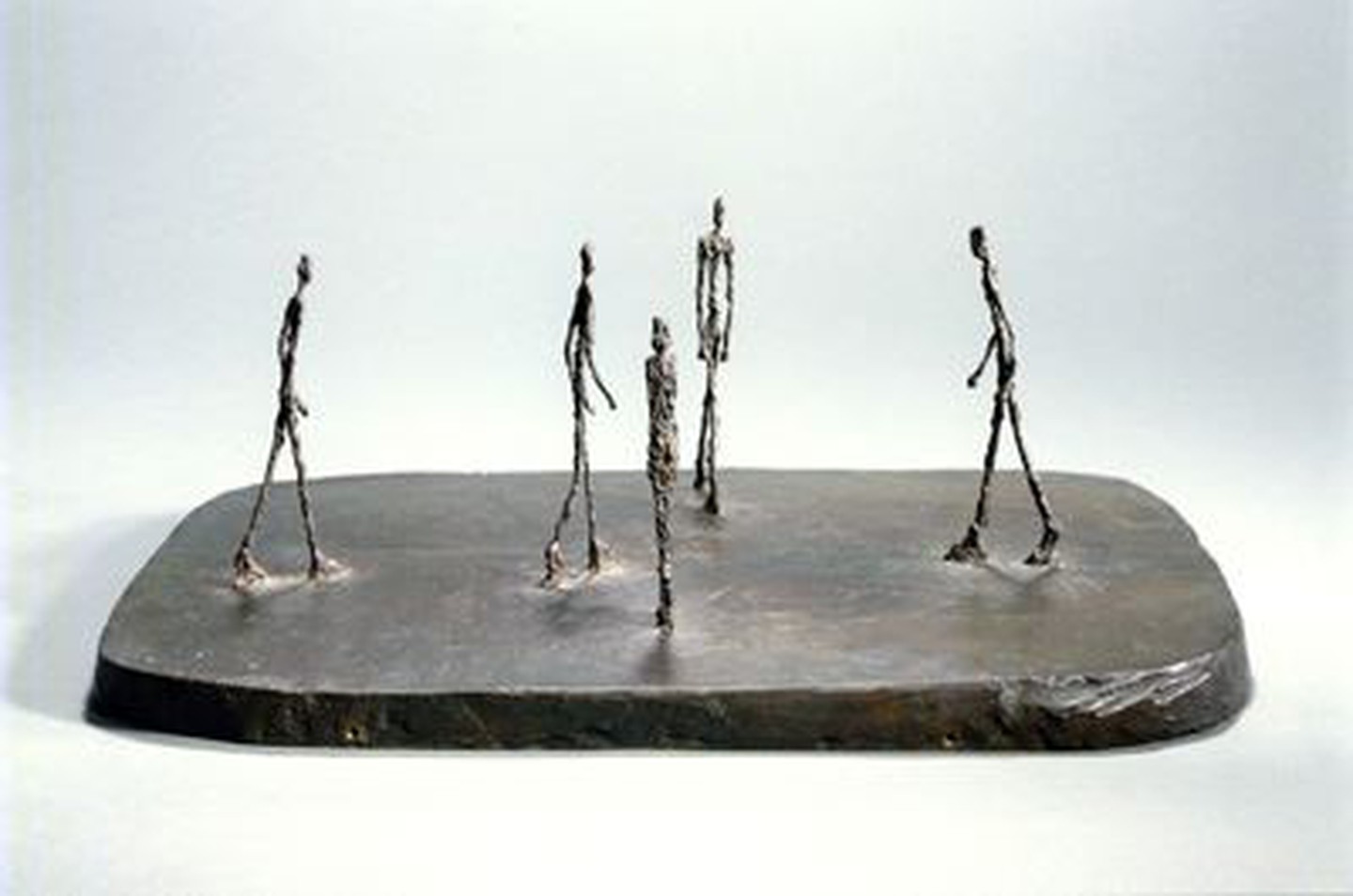 City Square (The Square II), 1948 | Courtesy of the Giacometti Foundation

In terms of surrealism, Switzerland can boast several more famous names. In fact, it was Giacometti who was responsible for Meret Oppenheim’s introduction to the Surrealist group in Paris, inviting her to exhibit in the ‘Salon des Surindépendants’ in 1933. Oppenheim was born in Berlin but grew up with her maternal grandparents in Delémont, Switzerland, and her first solo exhibition was held in Basel in 1936. She presented everyday objects in an incongruous guise, alluding to female sexuality and exploitation, and is principally known for her ‘Objet (Le Dejeuner en Fourrure)’ of 1936 – a cup and saucer lined with fur. 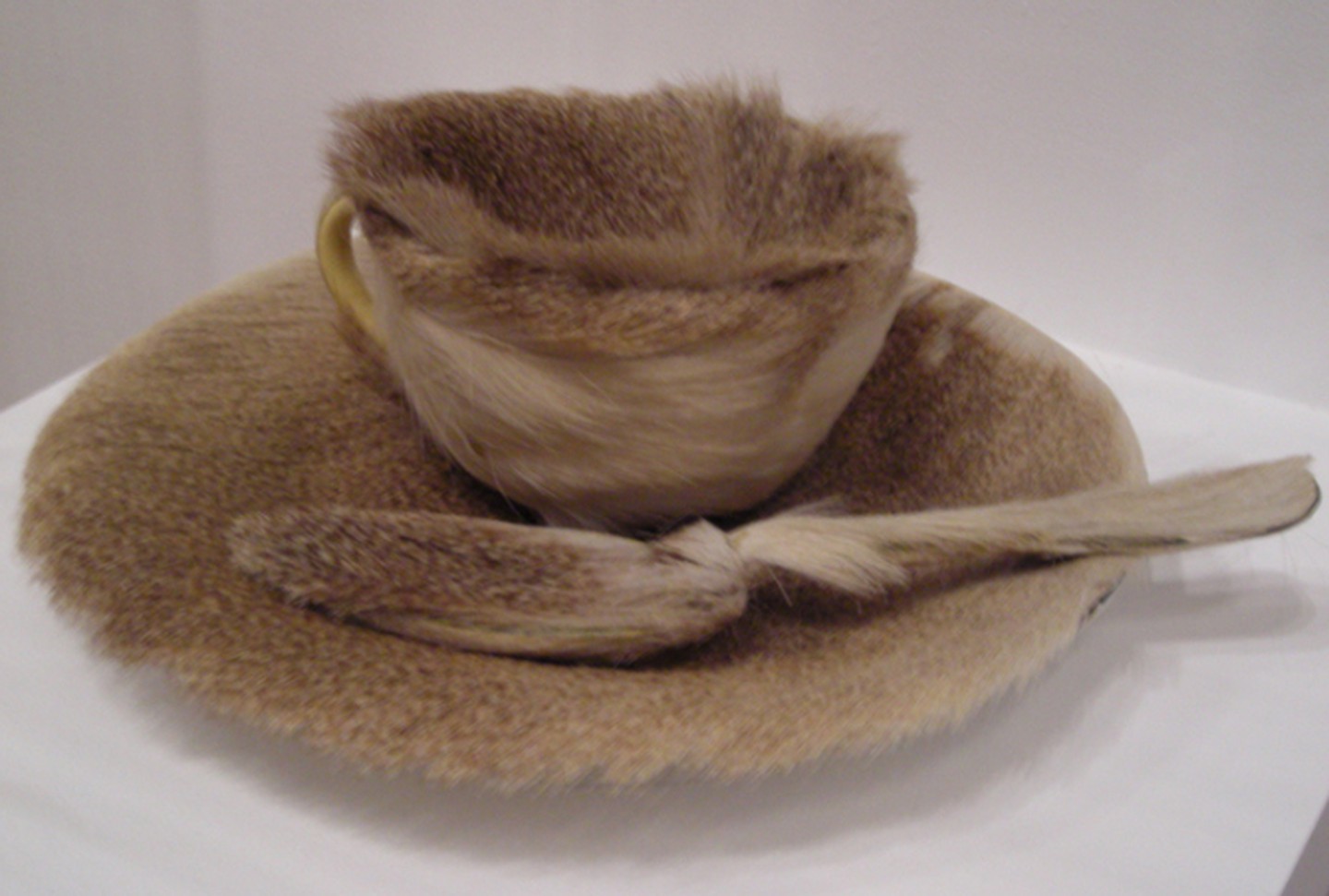 Paul Klee holds a similarly exalted position within the modernist canon. He was born in Bern, where a large proportion of his output is now on display at the Zentrum Paul Klee. Klee studied art in Munich, and it was here in 1911 that he met August Macke and Wassily Kandinsky, and became involved in the Der Blaue Reiter group; some of Klee’s graphic works were shown in the group’s second exhibition in spring 1912. Around this time he also visited Paris, where he discovered Cubism and early examples of abstract art and was greatly influenced by the bold colors of Delaunay and Vlaminck. A trip to Tunisia in 1914 was the catalyst for his mature style: abstract works composed of colored rectangles, which combine to form a color harmony. This style has been likened to a musical composition. After the First World War, Klee taught for a decade at the Bauhaus (1921-31), then in Dusseldorf until the Nazis gained power and he returned to the safety of Switzerland (his paintings, meanwhile, featured in the Nazi’s exhibition of ‘Degenerate Art’ in Munich in 1937). 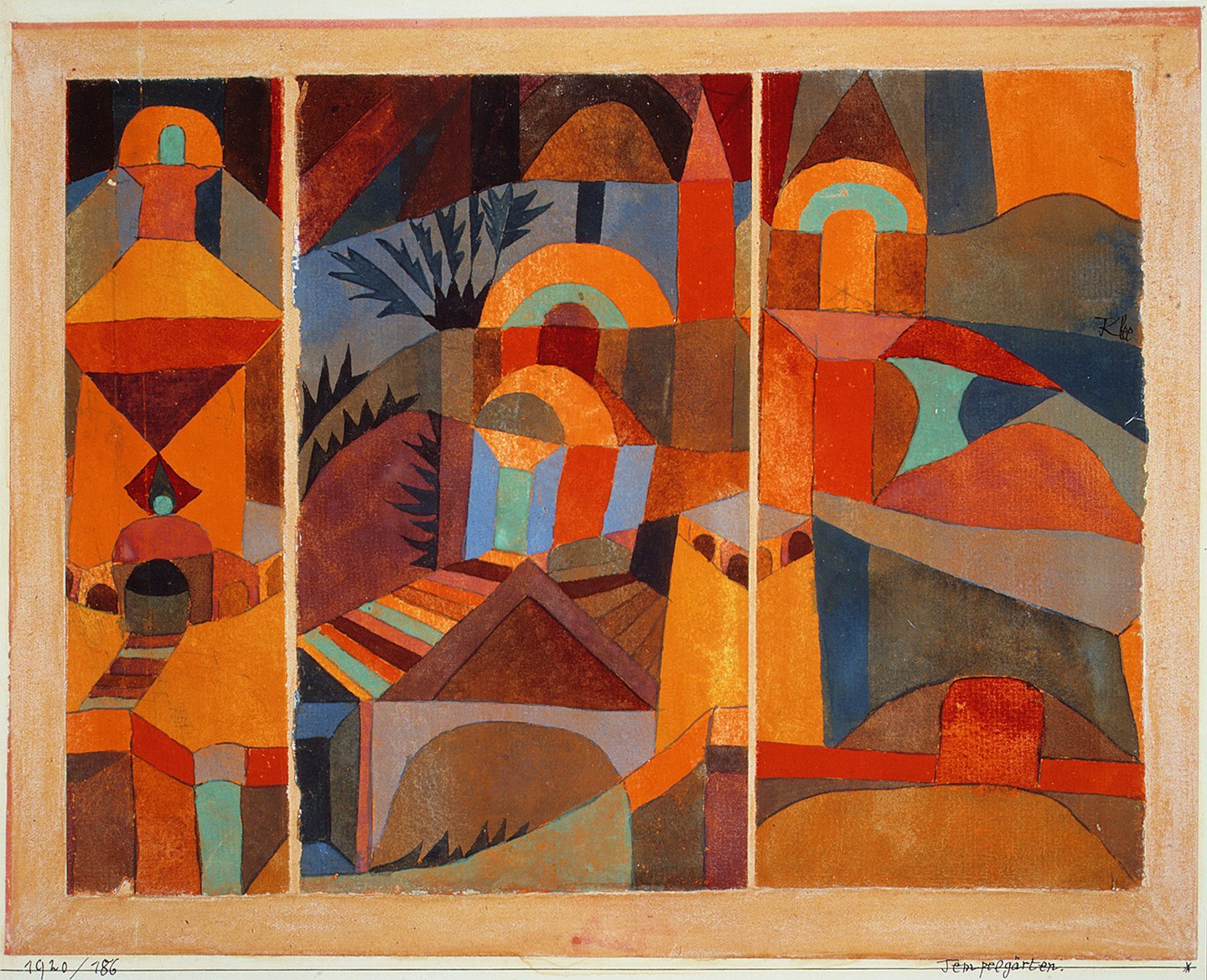 Perhaps the most important Swiss contribution to the history of Modernism was the establishment of the Dada movement in Zurich in 1916. Its initial members included Hugo Ball, Tristan Tzara, Jean Arp, and Sophie Taeuber-Arp, Emmy Hennings, and Marcel Janco. Their headquarters, the Cabaret Voltaire, quickly became an important center of the artistic and intellectual avant-garde, with Switzerland being a refuge from political instability elsewhere in Europe. Dada redefined and subverted the status of art. Essentially they were Anti-Art, and their demonstrations, or events, effectively introduced performance as an art form. They questioned the values of the bourgeois capitalist society that they blamed for the European war and all its ensuing misery, and opposed anything accepted by the Establishment as a point of principle. Continuing the Swiss tradition thus established, Jean Tinguely (1925-1991), of Bernese origin, created an art-form that became known as ‘meta mechanics. His kinetic artworks, which famously included a self-destroying sculptural machine, are direct descendants of Dada in their subversive attitude to the mindless materialism of advanced industrial society. 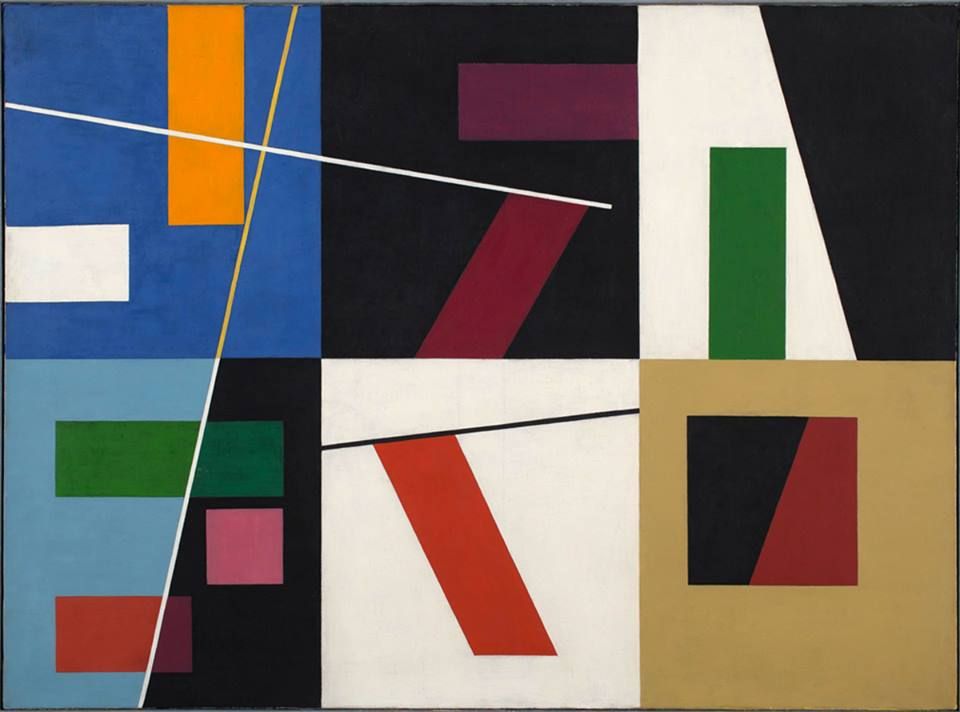 Another key movement that can be attributed to a Swiss artist was the ‘International Style’ of modernist architecture, pioneered by Le Corbusier. Le Corbusier may have become a French citizen in 1930, but he was born Charles-Édouard Jeanneret in the Neuchâtel canton of Switzerland in 1887. Indeed his first independent projects were realized in his hometown of La Chaux-de-Fonds. His last is also located in Switzerland: the Heidi Weber Museum (or Centre Le Corbusier). This building in Zurich was designed shortly before the architect’s death in 1965 and now houses a collection of his paintings, designs, sculpture, and writings – a true ‘gesamtkunstwerk’. 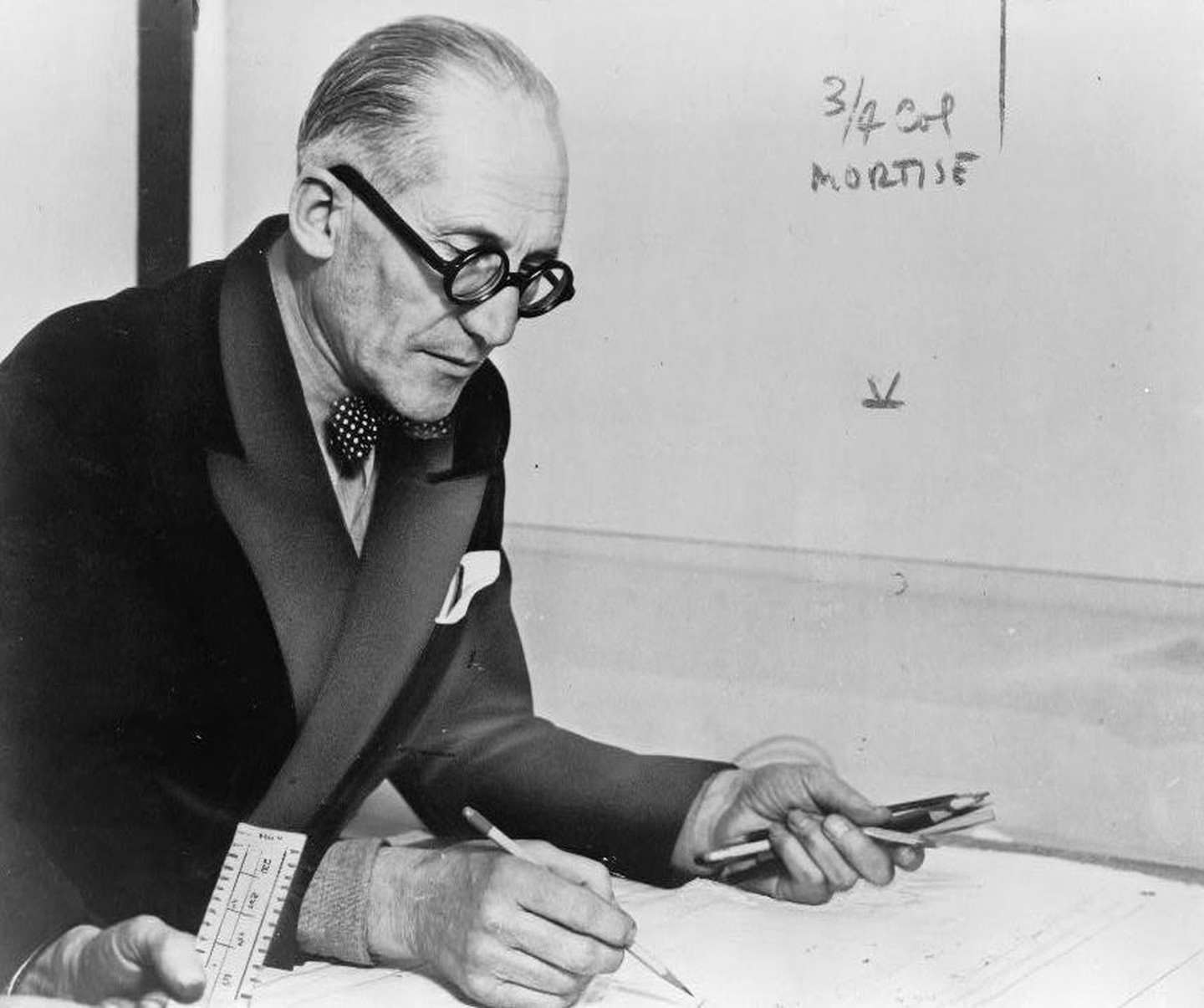 If the art market is accepted as the ultimate gauge of the ‘Modernist Icon’, then it is telling that while the Savièse School or the Swiss Colorists are relegated to specialist Swiss sales, artists such as Giacometti and Klee are prize lots in the major Post-War and Contemporary sales. These are the sales that hit headlines across the world, a sure sign of iconic status.

A Travel Guide To Lavertezzo, Switzerland