Molokini history involving humans began with the arrival of the first Polynesians around 500 BC. For Hawaiians, Molokini was a part of life. For Europeans, the islet was uncharted until French explorer Jean-Francsoise de Galoup recorded it in 1786. Captain Cook’s crew, who left the islands in 1779 after their captain’s death, never mentioned Molokini. Perhaps they had plenty of other tales to tell of their misadventure.

In 1883, King Kalakaua hired two U.S. engineers, E.D. Baldwin and Arthur C. Alexander, to survey Molokini. The Alexander & Baldwin company is now well known and well established in the islands. In 1911, a navigation light was installed on Molokini.

During World W.a.r II, the navigation light was extinguished for security. Then, Molokini was bombed by the U.S. Navy for target practice around the same time as nearby Kaho’olawe and other small islets.

After the w.a.r, a wooden lighthouse was built – the third in Molokini history. This structure lasted 42 years until it was destroyed by a storm. Nowadays, a solar powered stainless steel light tower marks the islet, and is serviced via helicopter by the U.S. Coast Guard. 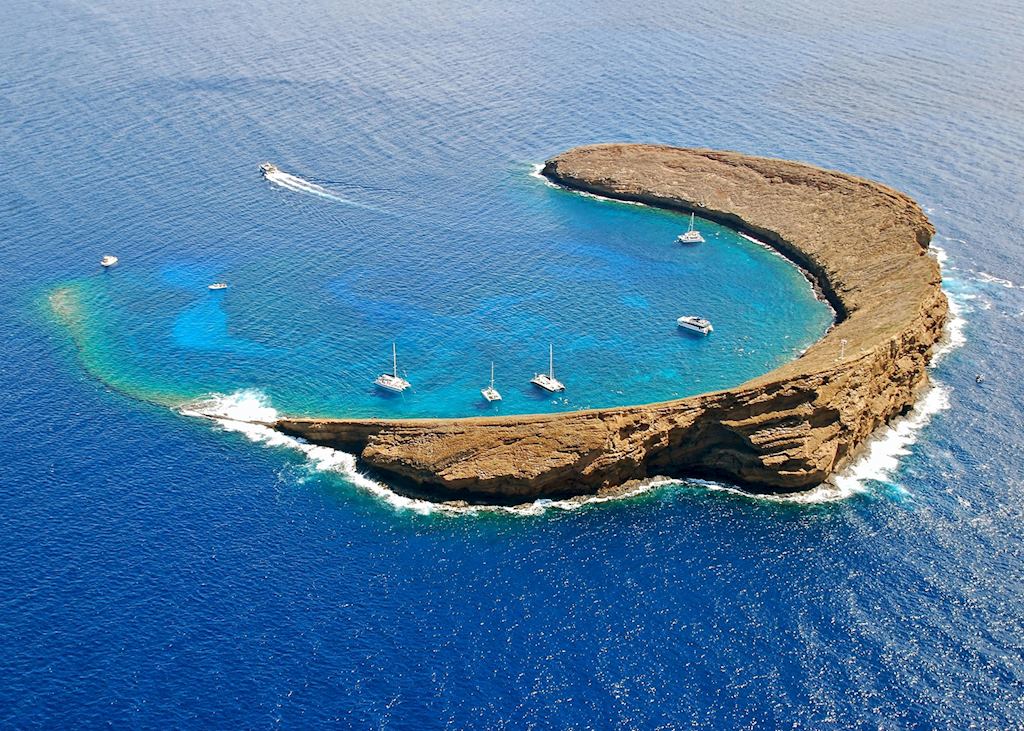 The damage caused to the island by the U.S. Navy is still evident, years after the w.a.r has ended. The inner slopes of Molokini show impact craters and twisted metal, while the outer cliffs have bullets deep within their rock. Unexploded underwater ordnance became a concern of the Navy. In an attempt to trigger the unexploded shells that remained, two bombs were detonated in the bay of Molokini in 1975. These detonations destroyed a large portion of the coral reef, and the effects of this can be seen when snorkeling today. 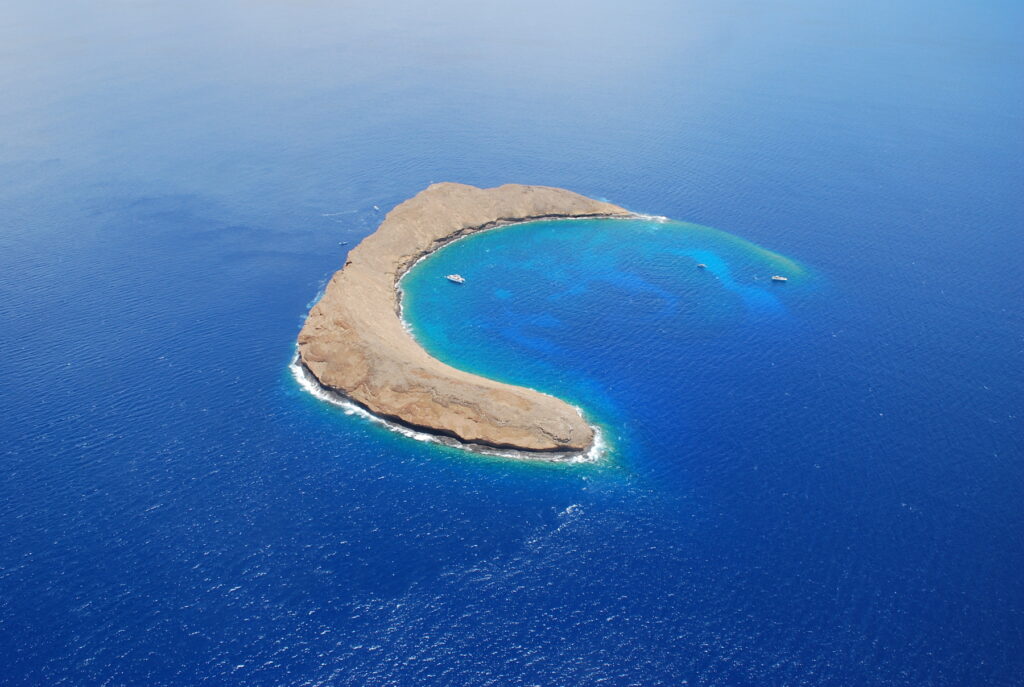 The Navy announced their plans for future detonation projects in 1984, and divers literally took things into their own hands by pulling a handful of bombs into deeper water. In addition to keeping the bombs away from snorkelers and scuba divers, this helped to protect the reef. The Navy continued to detonate bombs within the diving area, but years later agreed to tow the bombs into deeper water before detonating them. Some bombs do remain at Molokini and can be seen by the discerning eye.

In 1977, the State of Hawai’i created the Molokini Shoal Marine Life Conservation District. This placed limits on fishing, anchoring, and the removal of native species. Molokini’s beautiful black coral was overharvested from the 1950s until 1977. Currently, trolling and removal of native species are only permitted from the crater’s outer rim to 100 yards out. In the crater’s gorgeous inner reef, however, the activities allowed are snorkeling, scuba, and snuba!

The reef is now monitored by the Hawai’i Institute of Marine Biology, the University of Hawai’i Marine Options Program, and the Division of Aquatic Resources.7 The reef deserves to be protected, but not only for its beauty. It is also home to an abundant diversity of marine life, and hosts up to 250 species of fish, 38 species of hard coral, and 100 species of algae.

From Maui to Molokai, the Best Beaches in Hawaii