A holidaymaker has captured hilarious footage of an elephant using a concrete water pump cover to scratch an itch on its backside.

Anyone who’s ever had an itch they can’t scratch will sympathise with the giant animal, which was stuck between a rock and a hard place at Kruger National Park in South Africa.

The circular piece of concrete seemed to do the trick for the elephant as it squatted on top of it and moved its bottom from side to side for nearly half a minute. 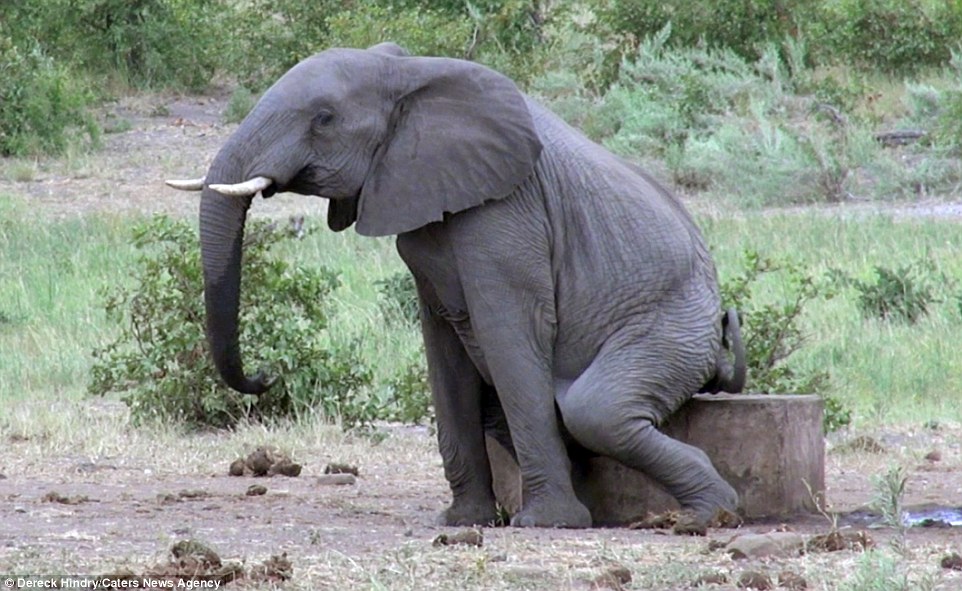 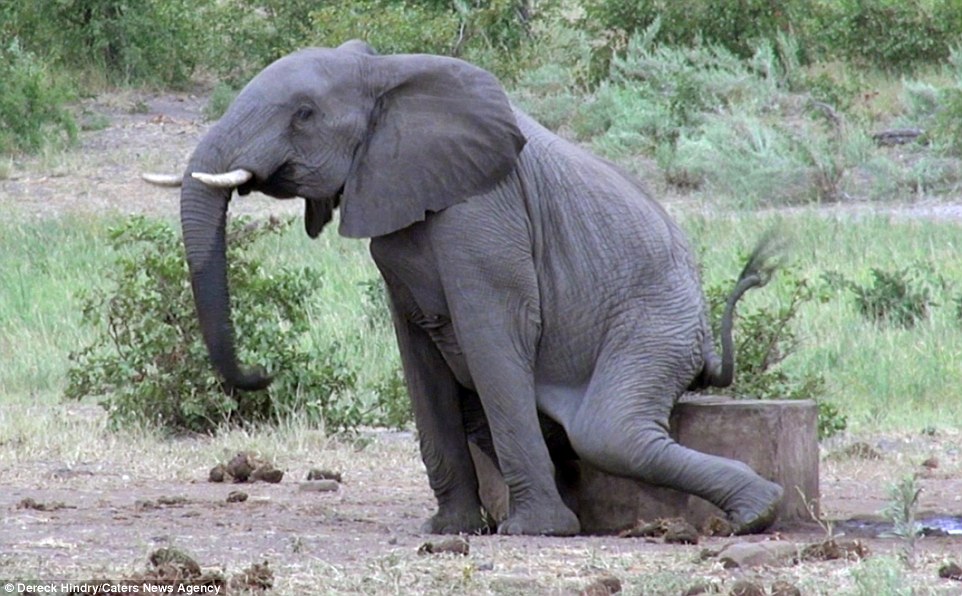 The amusing video was captured by Dereck Hindry, 63, while on a trip to Kruger with his wife, Jennifer.

Hindry said they were driving through the park when they stopped to snap some images of a herd of elephants at a watering hole.

He said: ‘I was actually taking photographs of the antics of some young elephants playing in the water, when one wandered off.

‘I didn’t take much notice, until it put a foot on what looked like a rock but was actually a concrete water pump cover.’ 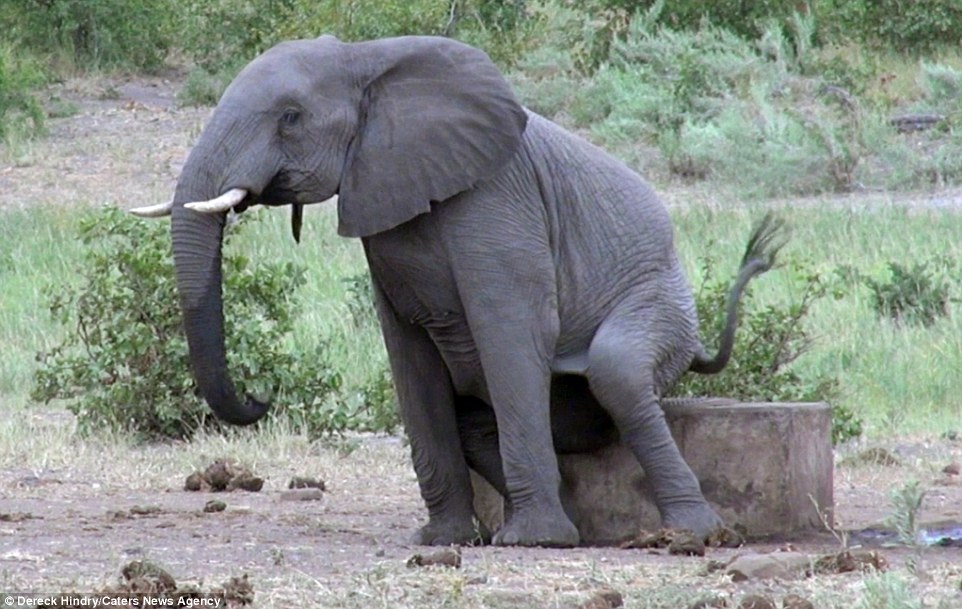 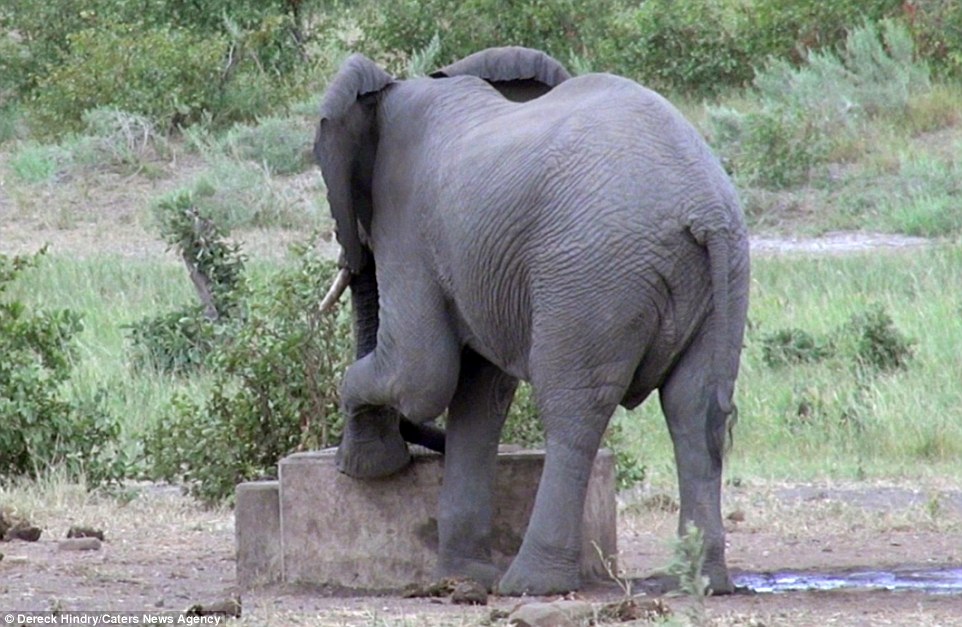 Hindry said one of the elephants put its foot on top of the concrete cover, apparently to test its strength, before scratching its bottom 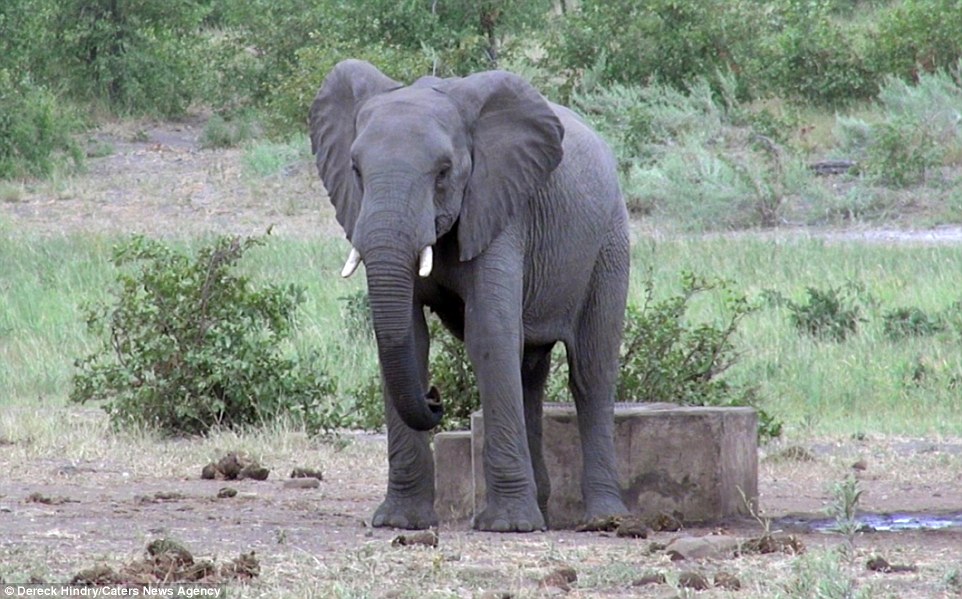 Hindry said it was a once-in-a-lifetime moment and he and his wife, Jennifer, battled to contain their laughter afterwards

Hindry grabbed his camera, thinking the elephant was looking for water, and soon realised it was testing the strength of the structure with its foot and trunk.

He said: ‘Then, to our surprise, he turned around sat down on it and started to scratch his rear. It was probably something only video could bring to life – the expression and antics, and the humour not always captured in wildlife.

‘We truly battled to contain our laughter, only because it was difficult enough to hold the camera still. I think this is a once-off wildlife video, it was a case of right place, right time.

‘No one else was there to witness this amazing scene, yet vehicles pulling up just after must have wondered what we were laughing at.’

Slow down, I’m still a bit wobbly! Baby elephant still learning to walk properly topples over as it tries to keep up with the herd