On a clear day in Lanaʻi, you can see five of Hawaii’s other islands, but turn inland and you might forget you’re in Hawaii at all. Otherworldly Norfolk pines evoke the mood of the remote South Pacific islands from which they were imported. The vast, rolling red landscape is rippled with miniature buttes and plateaus reminiscent of the American Southwest, and the one and only town, Lanaʻi City, is comprised of solid and uniformly old wooden outposts – a legacy of when almost the entire island was a private pineapple plantation. 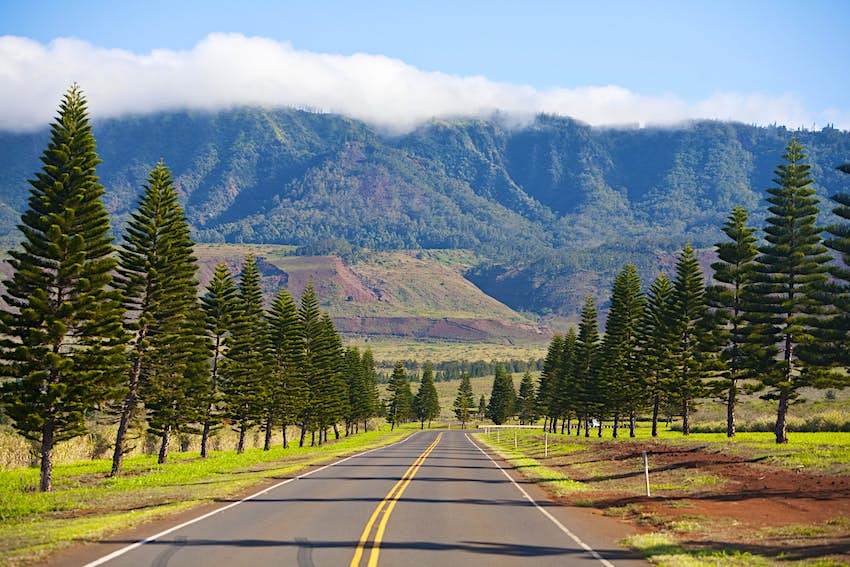 Although the last pineapple harvest was in 1992, Lanaʻi’s history as a company-owned outpost continues today. Dole and its plantations have been replaced by Larry Ellison, the colorful billionaire-entrepreneur who bought 98% of the island in 2012 and soon began renovating. Hundreds of construction workers have been brought to the island for projects big and small; the two resorts – both affiliated with Four Seasons – are closed for much of 2015 and possibly beyond as they are both reconstructed and used to house temporary workers. On an island where the ripening of a pineapple seemed to happen at warp speed in comparison to the slow pace of change, Ellison has shaken up Lanaʻi right down to its volcanic foundations. 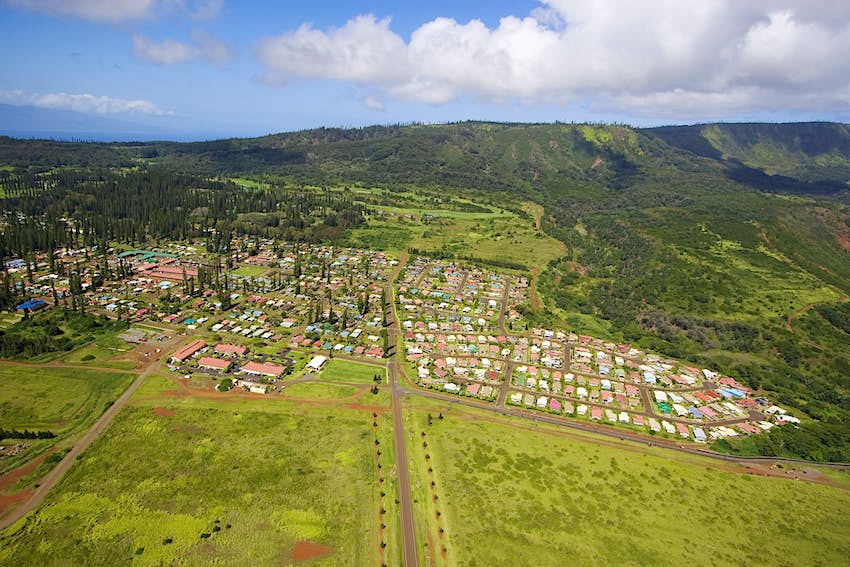 All this change can make quiet little Lanaʻi seem downright hectic, but the development has breathed new life into the island. Lanaʻi City has been completely spruced up, from the plantings along the roads to the newly reconstructed movie theater. Even the main supermarket, Richard’s Market, has been reborn with a Whole Foods vibe. Grander schemes include a desalinization plant, luxury homes and various green energy projects.

Despite the myriad changes, the island also remains undeniably quiet. Except for the rustle of the wind in the ubiquitous pines and the occasional dull roar of the distant surf (and now the occasional thunk of a cement mixer), the island defines serenity. Regular visitors and locals cherish Lanaʻi’s intoxicating solitude. It’s a place of exploration, whether you are wandering rural roads looking for the fantastic geologic shapes of the Garden of the Gods or lazing away the day on the idyllic crescent of sand fronting Hulopoʻe Bay. 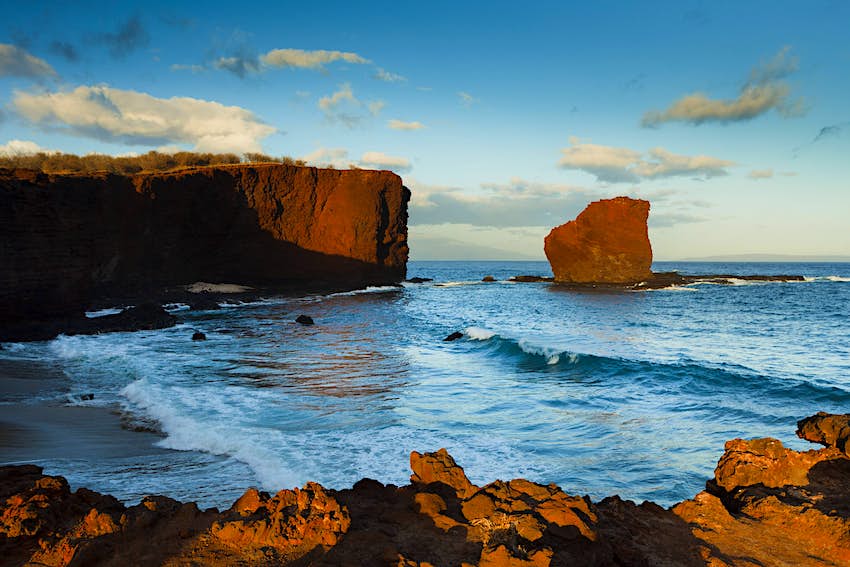 One of the best places to do seek out some introspective solitude is on Lanaʻi’s little-visited Keomuku Road, which hugs the wilds of the northeast coast. A day-long adventure here begins with a short drive up and over the sheltering hills outside Lanaʻi City. Starting down the sinuous-yet-short, eight-mile drive down to the shore, Maui and Moloka’i are arrayed before you cinematically. Fortunately there are many pullouts where you can contemplate this volcanic majesty.

The paved road ends at the ocean, and here you’ll see why it’s hard to rent anything to drive on Lanaʻi that isn’t a jeep. Follow the sandy track to the north and you reach a thin strip of sand, where the road – such as it is – ends. Leave your car and start walking. Other than a local fisher or two, it will be you and nothing but contemplative, sandy emptiness for about a half-mile until you plainly see the reason this part of the island is called Shipwreck Beach: an old WWII tanker is grounded offshore. You can continue along the sand for another nine miles passing the scattered remains of many more ships and boats along the way. 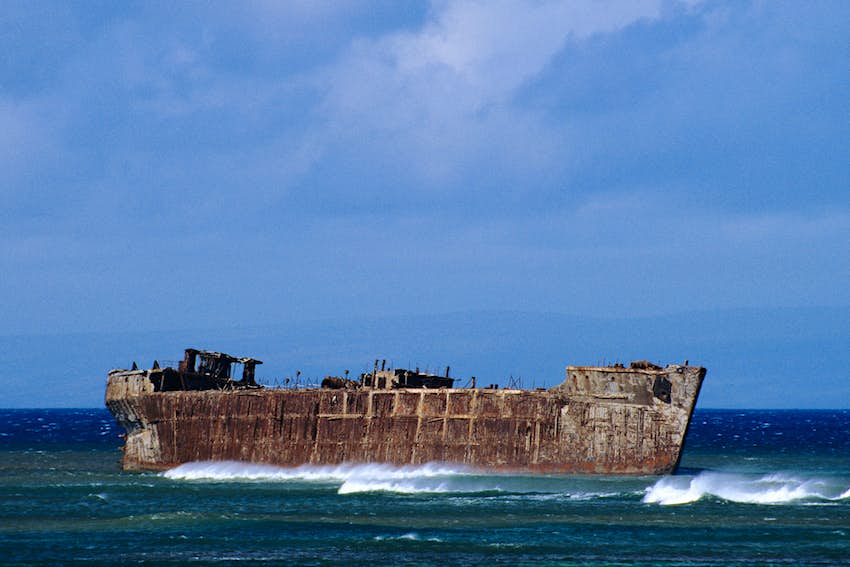 Heading south along the shore, you’ll pass the paved road up the hill to Lanaʻi City. This dirt track is called the Keomuku Road, and it meanders southeast for roughly 13 miles, never straying far from the normally calm waters of the Pacific. Long-abandoned ruins (recently spiffed up by Ellison’s management company, Pulama Lanaʻi) are from a sugar plantation that was built the 1890s. Part of a sacred ancient Hawaiian stone temple (heiau) was plundered to build a railroad to haul sugar cane but misfortune followed misfortune and the entire scheme collapsed. Stop at the barely standing old church and try to sense the ancient energies. Wander out to the ocean and forget about time entirely, letting your focus turn inward on a journey of solitude in an unlikely place – the heart of Hawaii.