Driving through the plains of Amboseli National Park in Kenya last month, park rangers began hearing a loud, trumpet-like cry echoing throughout the area: a sure sign that someone was in trouble.

As they followed the cries, they soon came across the source. A baby elephant had gotten trapped inside a watering hole — and his mom couldn’t get him out on her own.

With only minutes until nightfall, the rangers began trying to remove the calf on their own while waiting for rescuers from David Sheldrick Wildlife Trust (DSWT) to arrive. 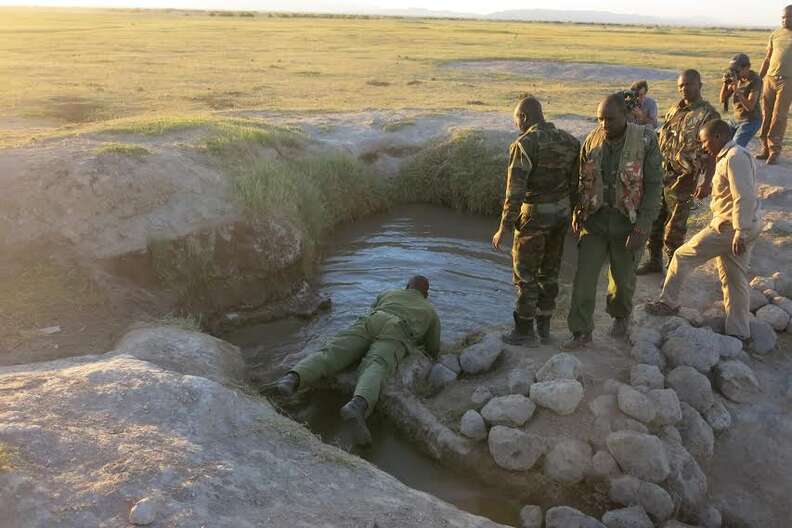 “They went to extract the calf by hand [and] his worried mother emerged from a nearby bush and charged the team,” DSWT said. “She chased them away before returning to keep watch.”

Luckily, by the time DSWT rescuers got to the scene, the mother was nowhere to be seen — which would give them a brief window to safely rescue the baby. 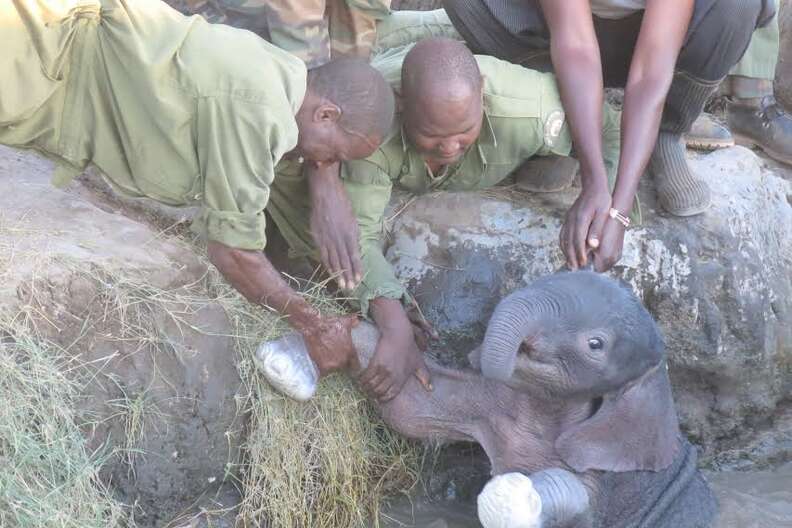 The rescue team jumped into action to hoist him up out of the water. Five men were needed in total to pull the baby out — while two others kept watch in case the worried mom tried chasing them off again.

No one knows how long the calf was stranded there, but he wasn’t exactly exhausted from the whole ordeal. He got right to his feet and rescuers put him into the rescue van to try to locate his mom.

“Thankfully, she was spotted less than a kilometer away with her trunk raised above the shrubs, trying to pick up the scent of her calf,” DSWT said. “She soon began moving at [a quick] pace towards the vehicle, at which point the team stopped at a safe distance and offloaded their precious cargo, who let out another loud trumpet.” 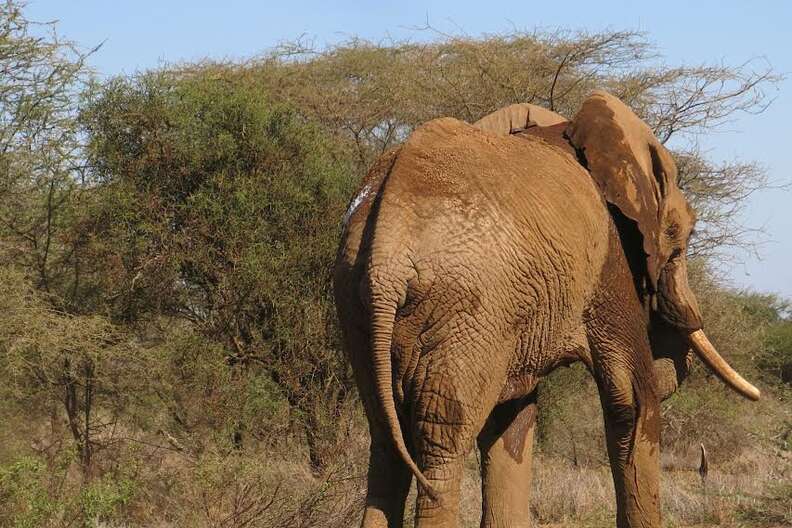 The feisty mom was so glad to finally see her baby safe — and was more than ready to bid the rescuers farewell. With a final charge toward the rescuers, the mother returned to her calf’s side and left.

Since many of the calves DSWT finds alone have been orphaned due to poaching, this reunion was surely a cause for celebration. 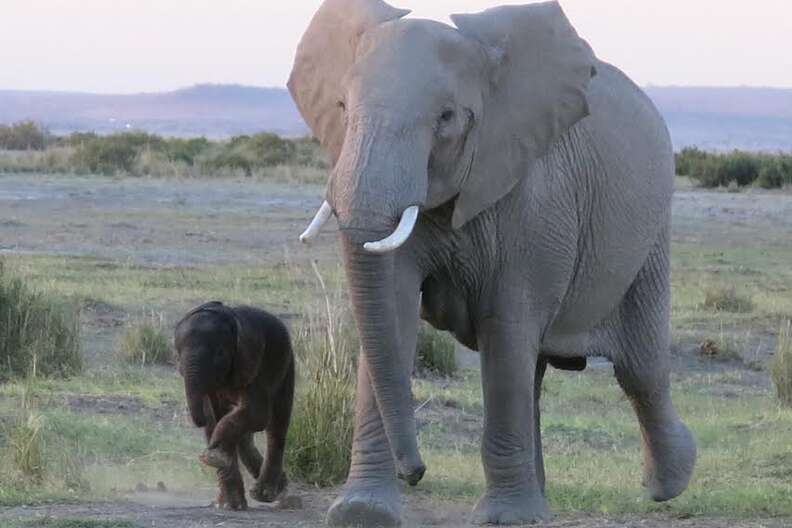 “Reunions like this are the best kind of stories,” rescuers said. “It is always cause for great joy when things work out as they should and, on this day, thankfully the mother boldly returned just when she thought all hope was lost.”

Hero Herd To The Rescue! Elephant Calf Is Rescued By Its Elders As Lions Try To Bring It Down

He won’t be lonely for long! Kaavan ‘the world’s loneliest elephant’ has ‘shown interest’ in one of three females he will be rehomed with as minister hopes he will produce offspring

Little Help Please, Mum! Baby Elephant Is Put On Its Feet By Its Mother After Taking A Tumble