What is the Rabbit-Proof Fence?

Rabbits were first introduced to Australia by the First Fleet in 1788. By 1887, the losses from rabbit damage were noticeable across Australia, and in 1901 a Royal Commission was held to investigate the problem. The State Barrier Fence of Western Australia was constructed between 1901 and 1907 to keep rabbits and other pests out of Western Australia’s agricultural areas.

Formerly known as the Rabbit-Proof Fence, the State Vermin Fence, and the Emu Fence, there are three fences that constitute the State Barrier Fence – simply named No. 1, No. 2, and No. 3. No. 1 Fence was the world’s longest unbroken fence when it was finished in 1907. It stretches for 1,833 kilometres (1,139 miles). Today, the State Barrier Fence prevents emus migrating to agricultural areas as well as wild dogs from attacking livestock. 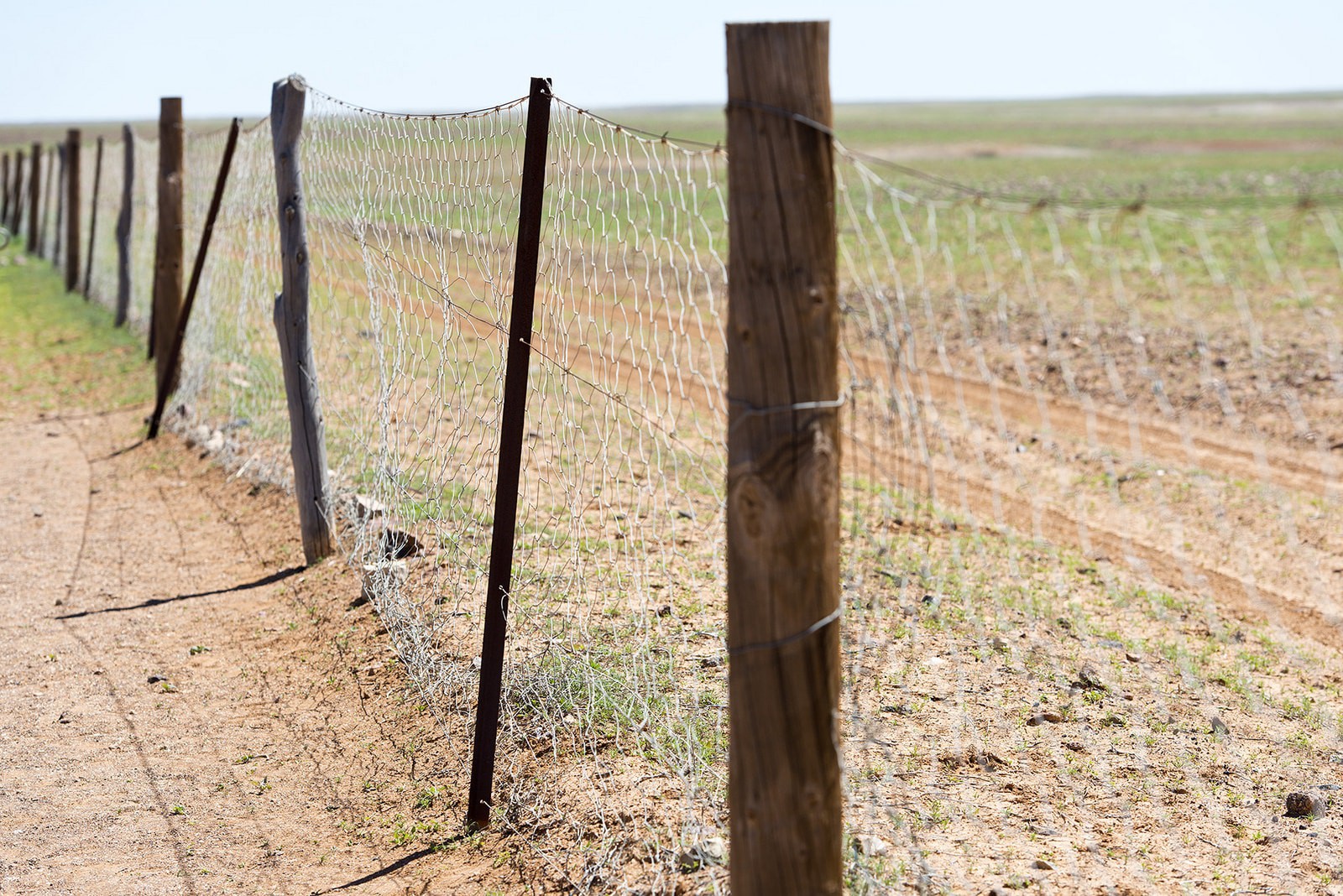 Rabbit-Proof Fence is set in Western Australia in 1931. It follows sisters Molly and Daisy, and their cousin Gracie, who live in Jigalong, a town located on the northern part of the No. 1 Fence. The three girls are forcibly removed from their home and taken to the Moore River Native Settlement, a re-education camp organised by the Chief Protector of Western Australian Aborigines, A. O. Neville. He refers to them as ‘half-castes’ – a term previously used to denote children with one Caucasian and one Aboriginal parent.

The girls escape the camp and spend nine weeks following the Rabbit-Proof Fence over 2,400 kilometres (1,500 miles) back home. Neville instructs an Aboriginal tracker to find them, but the girls are skilled in covering their tracks. Gracie is unfortunately deceived and recaptured along the way, but Molly and Daisy make it back to Jigalong, where they go into hiding in the desert with their mother and grandmother.

Follow the Rabbit-Proof Fence author Doris Pilkington Garimara spent a lot of her childhood at the Moore River Native Settlement as well. However, she wasn’t aware of her mother’s captivity and escape from the same camp until her Aunt Daisy told her.

Its connection to Australian History

Rabbit-Proof Fence stirred up a lot of controversy in Australia, due to its portrayal of the Stolen Generations. This term relates to the Torres Strait Islander and Australian Aboriginal children removed from their homes by Australian Federal and State government agencies, as well as church missions. The mixed-race children, referred to as ‘half-castes’, were placed in state institutions from 1905 to 1970.

Historical documents from the 19th and early 20th century indicated that people believed the Australian Aboriginal population were inferior, and that they should be allowed to “die out” in a natural elimination process. A. O. Neville, a main character in the Rabbit-Proof Fence, historically said that the camps were a way to train mixed-race children to work in “white society”, where they would assimilate and eventually marry Caucasians; hence diminishing the Aboriginal population.

Although it’s unknown the exact number of children taken from their families, the government and academics believe it could be at least one in every 10 indigenous children were a part of the Stolen Generations. On February 13, 2008, newly elected Australian Prime Minister Kevin Rudd officially issued a public apology to indigenous Australians.

The Most Sacred Places in Indigenous Australian Folklore

7 Hidden Gems to Discover in Sydney