Australia’s much-loved chocolate biscuit, two chocolate malted biscuits, light chocolate filling in between and a coat of melted chocolate, has impressed not only locals, but the world at large, too. Arnott’s Tim Tam landed on the shelves in the 1960s and quickly found a place in our hearts. We take a look at the popular biscuit, as there’s much more to the original flavour than you may think.

Opened in 1865 in Newcastle, New South Wales, Arnott’s has become a huge part of Australia’s history and a national icon alongside VEGEMITE. For over 150 years, Arnott’s has largely remained within Australia with bakeries in Brisbane, Sydney and Adelaide, producing household names such as Shapes, Iced VoVo, Vita-Wheat and Tiny Teddy. In 2009 the Arnott’s facility in Brisbane invested in a state-of-the-art production line worth $37 million.

In 2011, the American company Campbell Soup Company bought out Arnott’s; however, the ongoing development of the Tim Tam is still based in Australia. 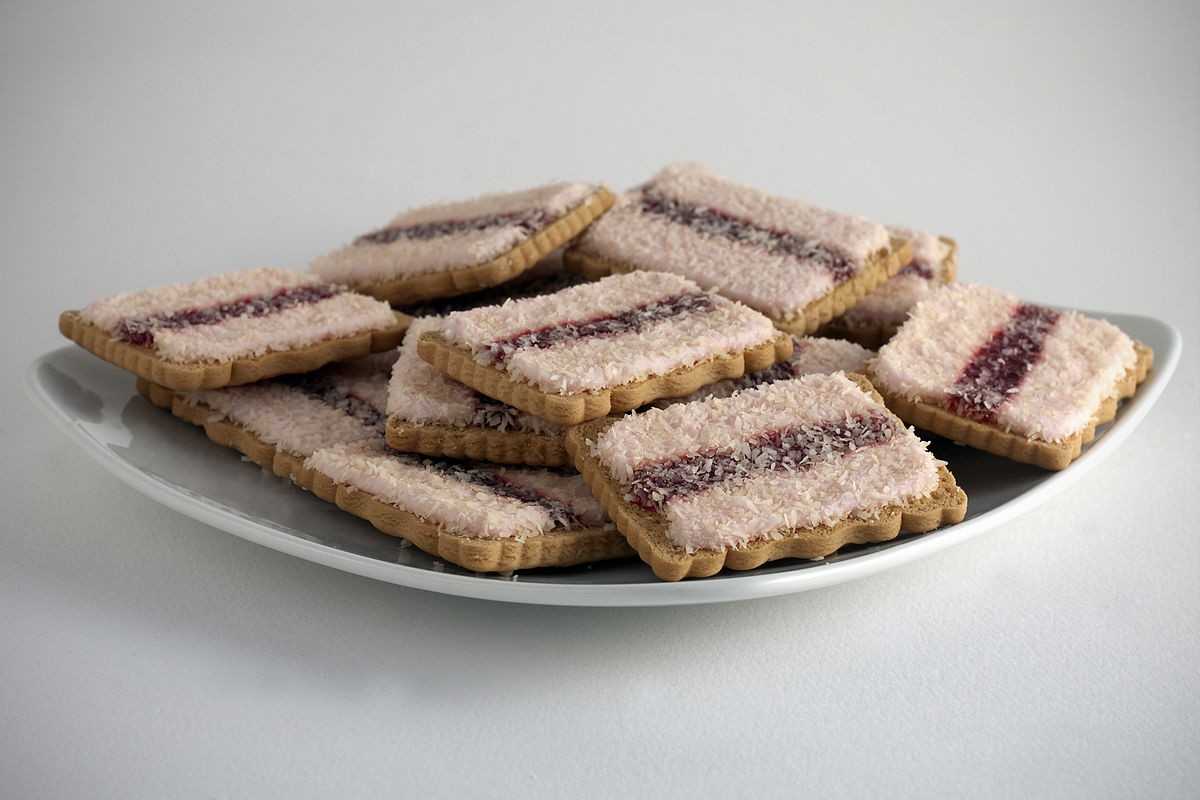 The History of the Tim Tam

Arnott’s director of food technology, Ian Norris, left Australia on a world trip in 1958, seeking out inspiration for a new biscuit. Coming across the British Penguin biscuit, Norris decided that he would make a chocolate biscuit similar to this, but better. Named after the 1958 Kentucky Derby’s winning horse Tim Tam, Tim Tams entered the market in February 1964. And the rest, as they say, is history.

For over fifty years the Tim Tam has been a popular choice in biscuits, and is said to be found in one in every two Australian households; Australians eat about 45 million packets per year. To create this love, the factory in Western Sydney produces 3,000 biscuits per minute, and uses 20 tonnes of cream filling and 27 tonnes of chocolate coating, said to have a slight caramel taste, every working day. 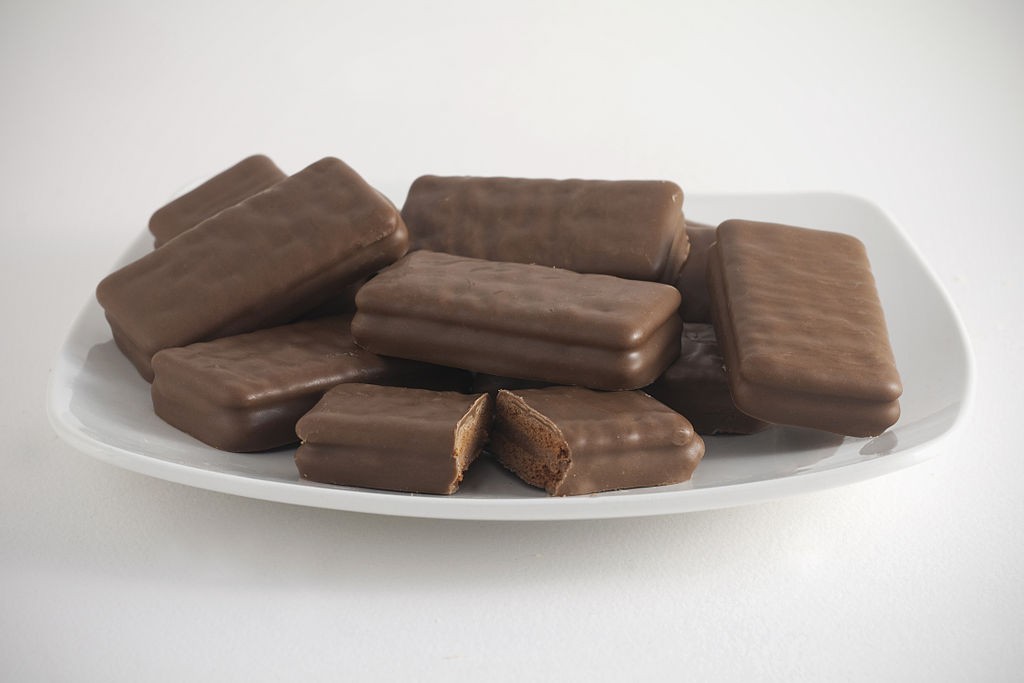 Not only do Aussies love their Tim Tams, but they’ve even found a way to enjoy a drink or two while enjoying a Tim Tam. Known as a Tim Tam Slam, but also known as Tim Tam Bomb, Tim Tam Shotgun, Tim Tam Explosion and Tim Tam Suck, one would bite off the opposite corners of the biscuit, then dunk the biscuit into a tea or coffee and suck the drink through the biscuit. This melts the inside of the biscuit and the biscuit itself, so it’s easy to see why this is a popular choice.

Australia’s favourite drink to enjoy a Tim Tam Slam with is coffee, followed by port, hot chocolate and Bailey’s, because…why not.

Tim Tams were first imported to the US in 2008 by Arnott’s sister company, Pepperidge Farm. In the UK Tim Tams are available through unofficial websites and select Tesco stores alongside other Aussie goods such as VEGEMITE, Shapes and Orange Slices.

Tim Tam Chocolate Sandwich Biscuits are also sold in Indonesia by Halo Arnott’s and basic flavours are available in the Philippines. Meanwhile, in Israel the product acquired Kosher certification after it was discovered by backpackers, and it has become a popular product. 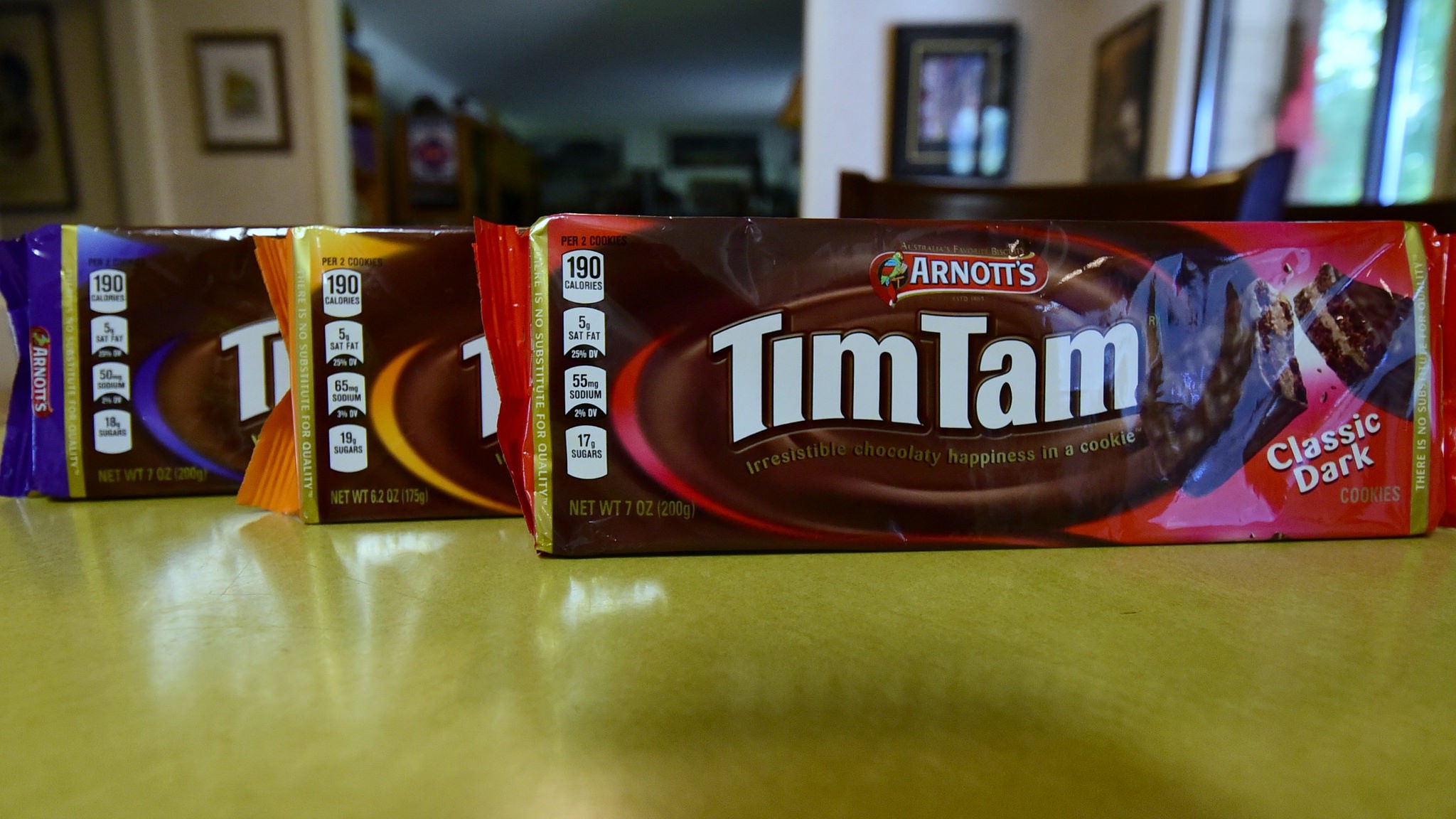 A Variety of Flavours

Although the original flavour is still widely consumed and preferred, there have been many varieties to the biscuit. In the 2000s a variety of flavours were released including dark chocolate, white chocolate, chewy caramel, honeycomb, choc orange and dark chocolate mint. Following the success of these flavours, in 2004 Arnott’s released limited edition alcoholic flavours of Tia Maria and Kahlua; however, the Australian Drug Foundation claimed these to be potentially dangerous by ‘normalising the taste of alcohol for children’. However, an Arnott’s representative stated you ‘would need to consume your body weight of biscuits every hour to reach a blood-alcohol content of .05’.

In October 2006, they released limited edition pink Tim Tams in partnership with National Breast Cancer Foundation. Despite the success of these flavours, it wasn’t until 2014 that a new range of flavours (salted caramel, choc brownie, red velvet and raspberry white choc) were released, created by the renowned Australian dessert chef Adriano Zumbo. After the release of the Red Velvet Tim Tam, Zumbo released Peanut Butter Tim Tams which were congratulated for not using any peanuts in the recipe. 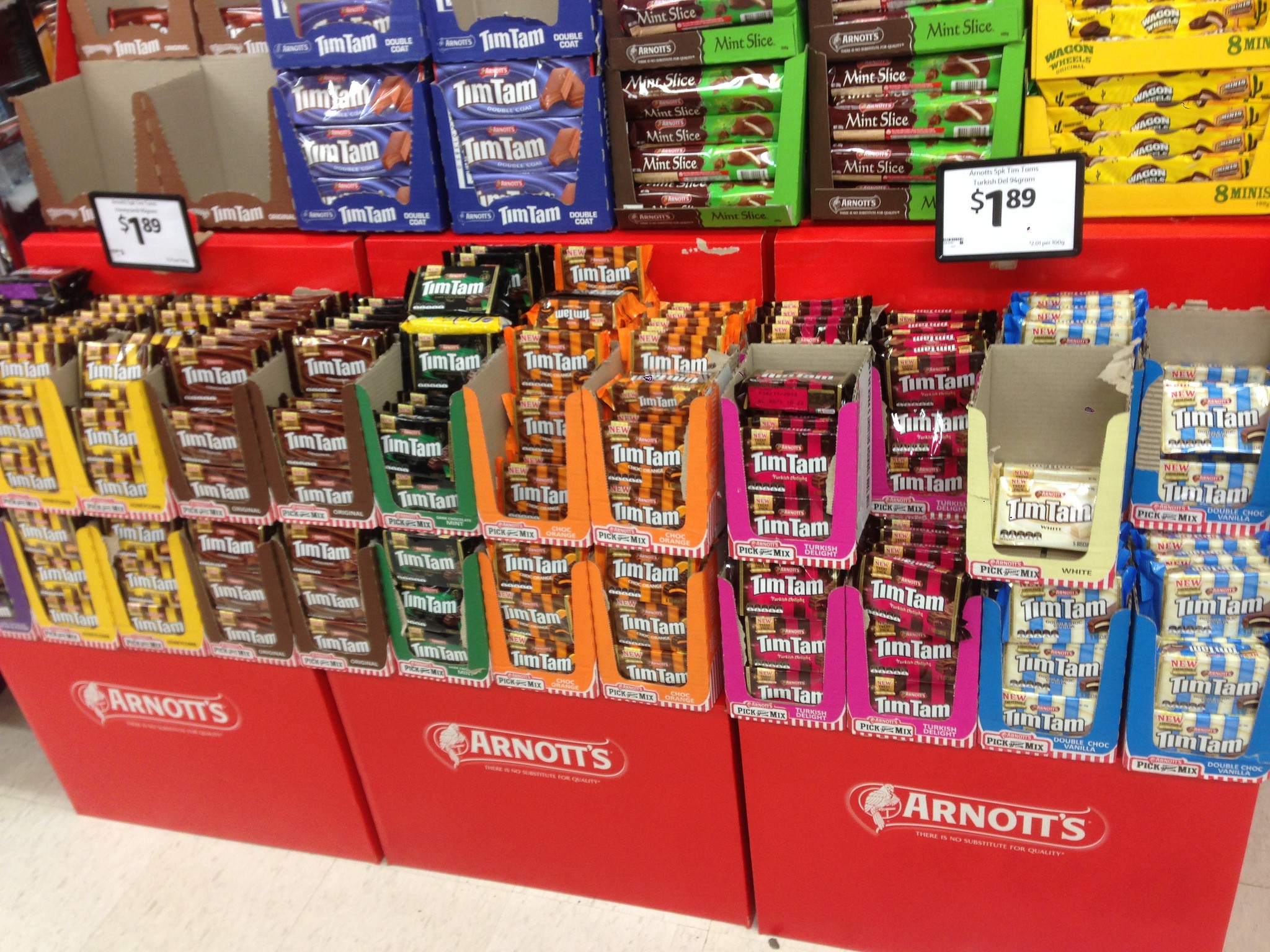 The year 2015 was a busy year for flavours, with Choc Raspberry and Coconut Cream launched around Valentine’s Day, toffee apple and pineapple flavours released in June, and Choc Banana presented in October. The most recent flavours to the Tim Tam family include the limited edition ‘mocktail’ selection featuring Espresso Martini, Virgin Chocolicious Velvet Mudslide, Strawberry Champagne and Piña Colada.

Why Do We Love Koalas So Much? Because They Look Like Baby Humans

11 Traditions Only Australians Can Understand

10 Islands to Explore Off the Coast of Australia