One of most celebrated confections in Vienna and an icon of the city, sachertorte is a darkly rich chocolate cake with a slither of apricot jam in the middle, decorated with a shimmering mirror glaze and icing in an italic script. The cake was conceived in 1832 by Franz Sacher, who was instructed to create a new dessert for Prince von Metternich and his companions, so the story goes. Here’s our guide to the best places to eat sachertorte in Vienna. 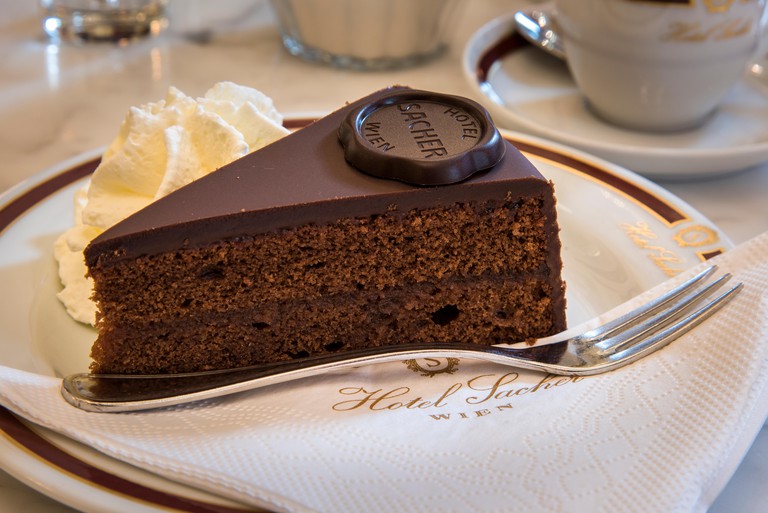 In the early part of the last century, Café Sacher and Café Demel (see below) entered into a legal fight over who could claim to have made the original sachertorte. The decades-long tiff was settled in 1963, when both parties agreed Hotel Sacher could use the phrase, “The Original Sachertorte” and Demel could decorate its tortes with a triangular seal reading, “Eduard Sacher Torte”. The Hotel Sacher recipe is a closely guarded secret, and Café Sacher is undoubtedly one of the best places to sample this coveted dessert. It’s a work of art with a glossy chocolate coating and smooth texture. But be prepared – there is usually a long queue at the door. 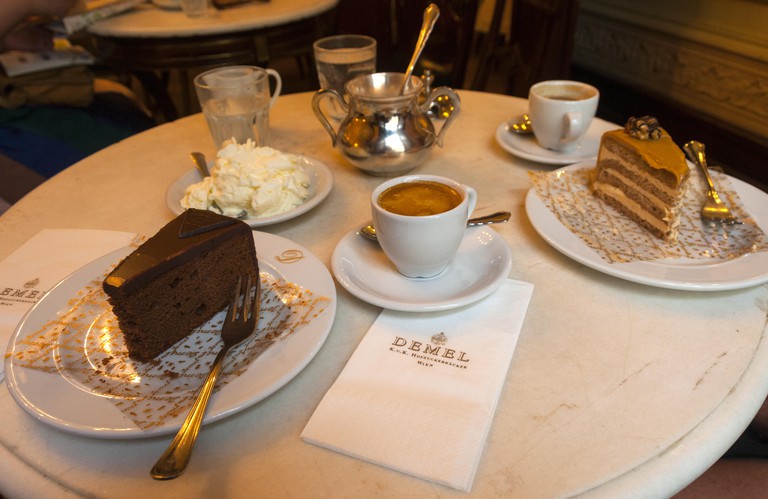 Café Demel was once the bakery favoured by the House of Habsburg, the Viennese royal family, and was particularly enjoyed by Empress Sisi. As mentioned above, this upmarket bakery and chocolatier later became involved in the legal battle with Café Sacher, resulting in them losing the right to claim their torte as the original. However, they still create a beautiful version, decorated with a triangular piece of chocolate that reads “Eduard Sacher Torte” – the creator’s grandson, who trained at the bakery. You can indulge in this traditional version of the torte in an elegant atmosphere.

The marshmallow pink façade of this central café is a charming complement to the sweet treats on offer here – most notably the sachertorte. The desserts are made and delivered daily, created in the 140-year-old bakery in the nearby Fleischmarkt by bakers who swear by Grandma Diglas’ recipes. A charming and lively atmosphere makes this a popular haunt for both locals and tourists, who delight in the traditional Austrian cuisine. Kick back with a strong cup of coffee and a slice of sachertorte and enjoy the live classical piano music performed in the evenings.

Café Central counts some impressive names among its former clientele – Sigmund Freud (whose former Viennese office is now a museum), Adolf Loos and Leon Trotsky. Favouring grandeur over cosiness, Café Central has an impressive interior with swooping marble arches and polished parquet flooring, making it one of the most distinguished coffee houses in Vienna.

Aida is one of the most popular franchise cafés in Vienna, serving all the city’s favourite cakes, including the sachertorte. Their version is sliced into generous portions and includes beautifully light sponge covered in a crisp chocolate outer layer, with the characteristic disc on top. Marketed as “better than the original” (uh-oh!), the sachertorte here is a respectable alternative. You’ll find Aida cafés dotted around the city, easily seen by their distinctive pink neon signs. 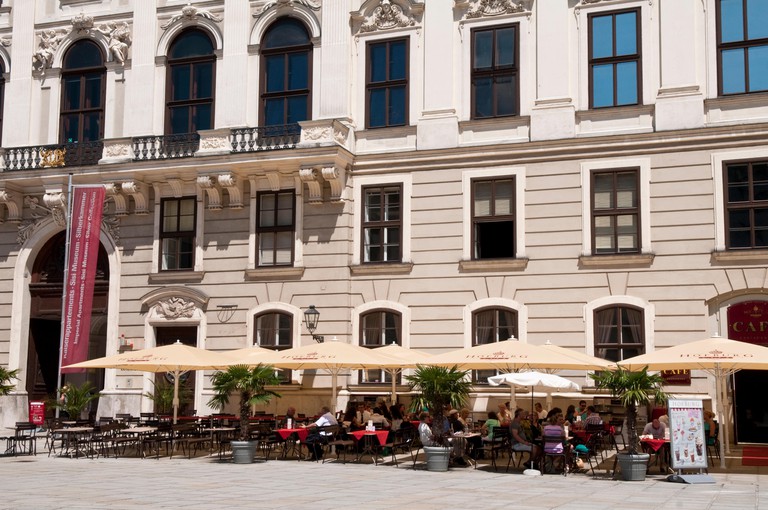 Sachertorte was born in a royal setting, so this is the perfect venue in which to sample it. This lavish café is right beside the Imperial Apartments and the Sisi Museum, making it a great place to try sachertorte if you want to tick a few items off your Viennese bucket list in one go. Piano music is occasionally performed, giving you the chance to relax and savour the chocolate delight in the appropriate ambience.

Who is Krampus? Explaining The Horrific Christmas Beast

Nine Austrian Dishes You Must Eat During Winter in Vienna