Had enough of the Austrian capital? Then these cities and towns might be for you.

Vienna is one of the most popular cities for international residents in Austria.

But living in the capital isn’t for everyone – especially in these coronavirus times as people crave more space and easy access to nature.

Instead, here are four alternative cities and the type of lifestyle they can offer.

Salzburg is a pretty city with a population of just 156,872. In normal times it attracts 30 million tourists each year.

For music fans, Salzburg is the birthplace of Mozart and home to the famous Rockhouse live music venue.

For those looking for nature, there are several ski resorts within easy reach of the city centre. Plus nearby lakes to enjoy in the summer.

Long-term resident, Graham Crewe, loves living in Salzburg and says there is a growing English-speaking community in the city.

He said: “The English-speaking scene has really boomed in the last few years, not only due to social media bringing people together, but also with a number of companies using English as their working language.” 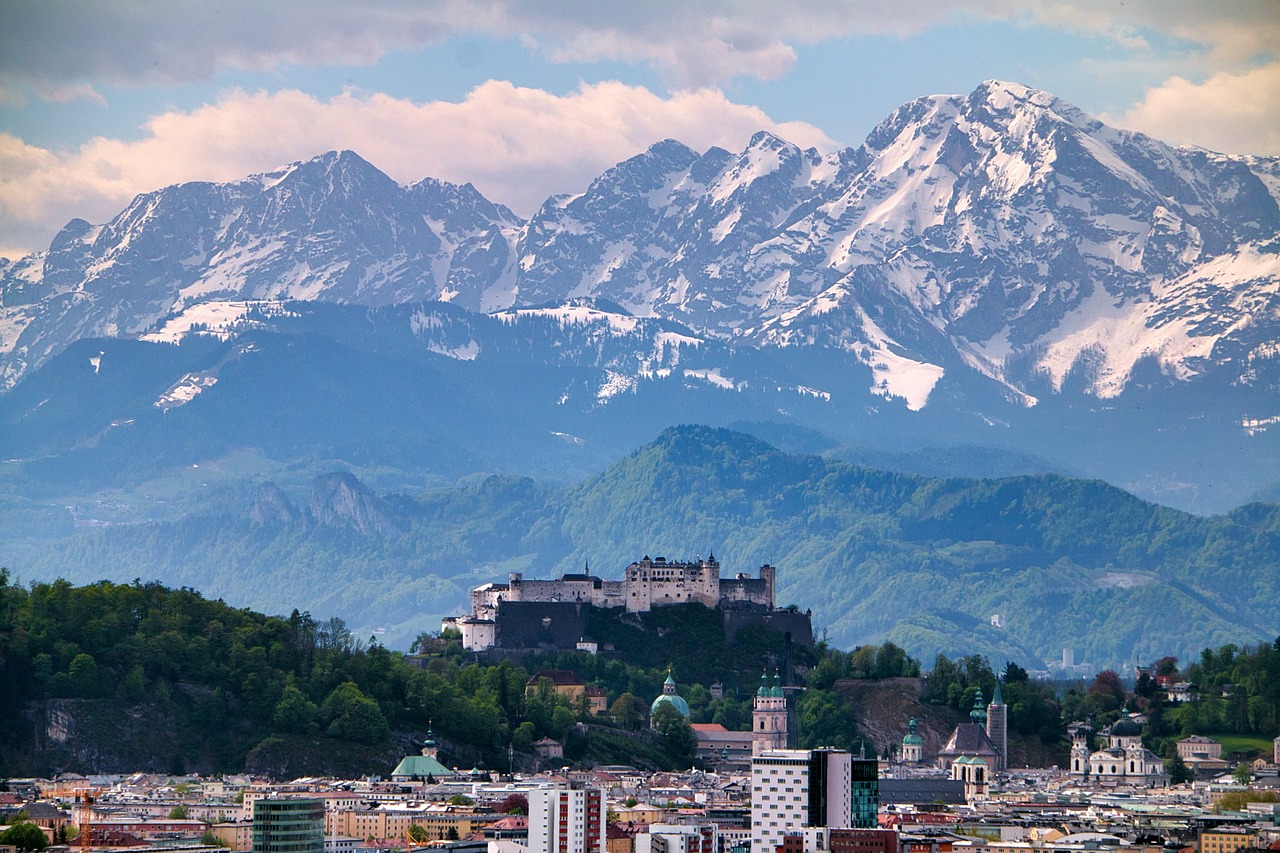 When it comes to connectivity, Salzburg Airport has routes to Dubai, Istanbul and Frankfurt. But Vienna is three hours away by car or train.

Key industries in Salzburg are the automotive and metal processing sectors.

Tourism also plays a major role in the city so it has been impacted by the pandemic. At the start of the year, unemployment in Salzburg was 70 per cent more than in January 2020.

Last year, Graz in Styria was listed as one of the best cities in the world by the InterNations Expat City Ranking (even higher than Vienna).

A major reason for the favourable ranking was the cost of living. Rent in Graz is 38 per cent cheaper than in Vienna, with a one-bedroom apartment in the city centre costing on average €594.

Then there is the average monthly net salary (after tax) at €1,941 and the cost of a monthly public transport pass at just over €50. Overall, it’s an affordable place to live. Graz is also well connected with an airport offering routes to cities like Vienna, Dusseldorf and Brussels. And Vienna Airport is just 2.5 hours away by car.

When it comes to career opportunities, the main industries in Graz are biotechnology, energy and environmental technology, the creative industries and tourism.

The unemployment rate for March 2021 was 26 per cent less than in March 2020. But the long term unemployed figure in Graz has gone up by 46.7 per cent.

Innsbruck is the capital of Tyrol and is located in the heart of the Alps. This means a passion for winter sports and a strong focus on environmental issues is a big part of life in the city.

The population of Innsbruck is 311,428 and there is a large international community – making up about 27.5 per cent of the residents.

Many international residents come from the university. But others are drawn to Innsbruck for the outdoor lifestyle and vibrant social scene. Innsbruck, one of Austria’s most beautiful cities. Photo: Photo: Wikicommons

Innsbruck Airport has connections to places like Amsterdam, London and Menorca. For travel further afield though, Munich International Airport is the nearest major hub – around 2.5 hours away by car.

Tourism is the main industry in Innsbruck, which means the sector has been hit by job losses in the past year. The unemployment rate for March was 8.8 per cent – although this was down from 10.5 per cent in January.

Linz is a cool city with an industrial past. It has the Danube River, a thriving cultural scene and the acclaimed Ars Electronica – a modern, technology-based museum. An old map of Linz from 1594. It’s pretty much the same now, except that there’s a McDonald’s. Photo: Photo: Wikicommons

It’s the capital of Upper Austria and the country’s second largest economic area. The population is 205,726 people with foreign residents making up around 24 per cent.

The overall cost of living in Linz is slightly higher than in Vienna, but rent is 17 per cent cheaper with the average monthly rent for a one bedroom city centre apartment at €671.

The average monthly salary is just under €2,000 and a monthly public transport pass is around €45.

Linz has a small airport with routes to cities like Istanbul, Leipzig and Belgrade. Driving to Vienna takes two hours but a fast train can reach the capital in one hour and 15 minutes.

The industrial and service sectors are the main industries in Linz with companies like Borealis, BMW and Siemens based in the city. This means there is a strong job market.

In fact, the unemployment rate in Linz is now 22 per cent less than it was a year ago. Compared to other cities in Austria, Linz has not been as heavily impacted by the pandemic.

15 Best Things To Do In Lienz (Austria)

A Brief History of the Sachertorte, Austria’s Dreamy Chocolate Cake

6 Of The Most Beautiful Lakes In Austria: Highlights Of The Salzburg Lake District