Pay a visit to Portugal‘s Faro to experience the beaches, architecture and charming cobblestone streets of the Algarve’s largest town.

Don’t just rush through the Algarve’s capital after your flight lands. The charming city of Faro is a destination in its own right – with a pretty old town, medieval walls, a sun-soaked marina and a jumble of cobbled streets lined with historical buildings. Beyond the capital, there is plenty to explore here: with wetlands, beaches, natural parks and even islands just off-shore where day-trippers can discover golden sands, alfresco restaurants and traditional villages. This is our pick of the best things to do in Faro. 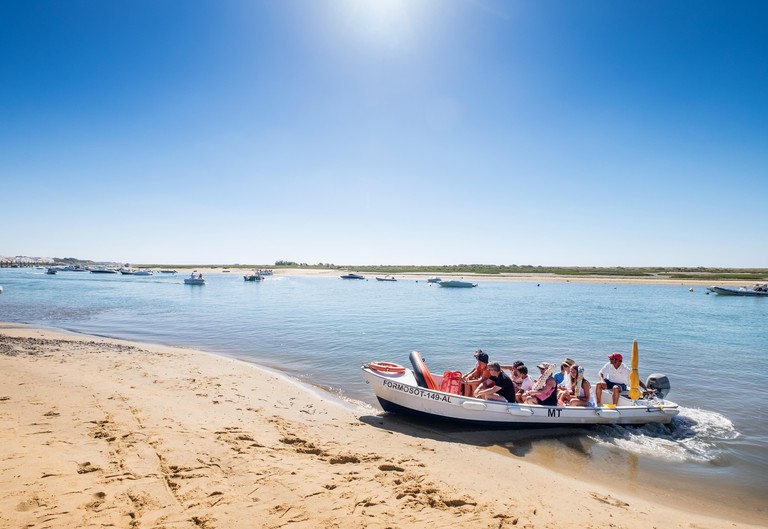 A natural wonderland of marshes, white-sand beaches, pine forests and freshwater lakes, the Rio Formosa National Park is a tidal lagoon formed by barrier islands that stretches for 60km (37mi) along the coast of the Algarve. Nature lovers will be smitten by its hotchpotch of habitats that team with wildlife – but the area’s fishing villages, deserted beaches and hiking trails make this a must-visit area for all. A boat trip from Faro, Olhao or Fuseta is the best way to see it all efficiently. 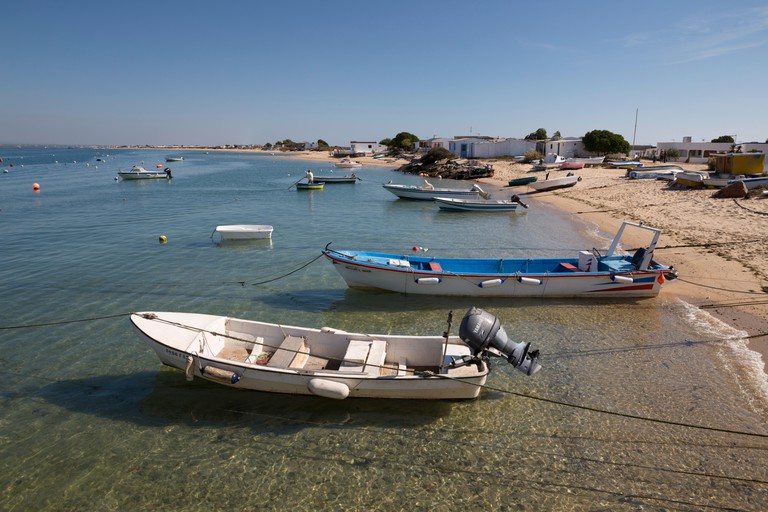 Hop on a ferry from Faro to this island paradise – part of Ilha da Culatra – to feel like you’ve suddenly zipped to the Caribbean. This small barrier island has all the tropical trimmings including bath-clear water, bone-white sand and acres of blue sky – but there’s more than beaches here. The island is also a dream for keen walkers, with a 3km (2mi) path that weaves through the dunes and feels like a real escape from it all. 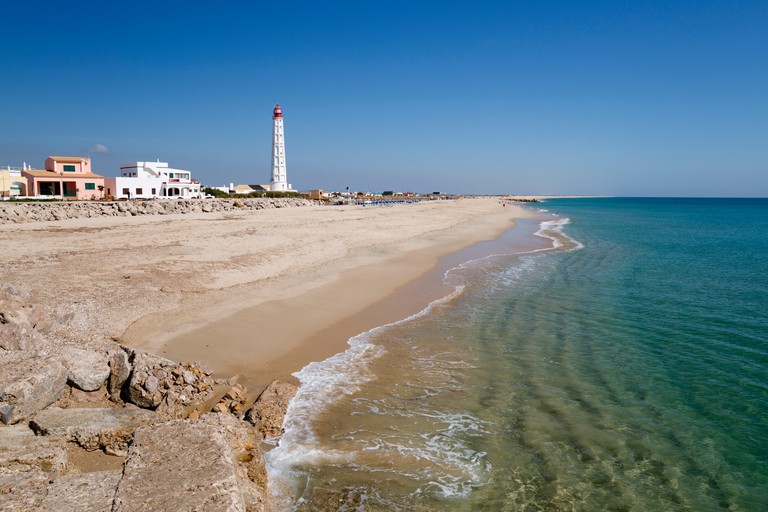 It’s not difficult to find the beach on Ilha do Farol, part of Ilha da Culatra and a short ferry ride from Faro. Walk straight to the 46m (29ft) lighthouse – which this part of the island is named after as farol is Portuguese for lighthouse – to find icing-sugar soft sands right under the red-topped tower. There are shallow, calm waters for paddling, parasols and sunbeds to rent, along with a smattering of cafes and bars for when hunger strikes. 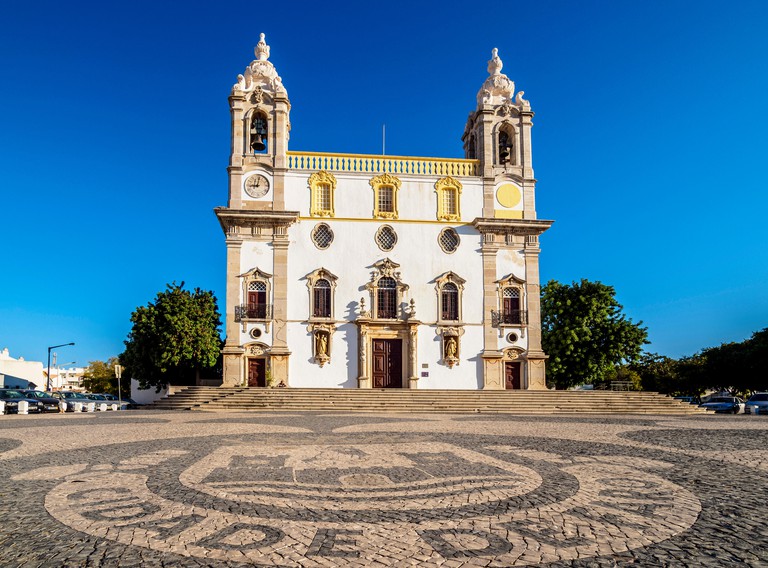 This beautiful twin-towered baroque church was built in the 18th century and dazzles with its stained-glass windows, ornate wooden carvings and intricate altars. Head behind the main church building to see its spooky secret: the Capela dos Ossos, a small chapel in a walled garden lined with the bones and skulls of Carmelite monks exhumed from the nearby cemetery in 1816 – believed to be there to remind us that life on this earth is short. 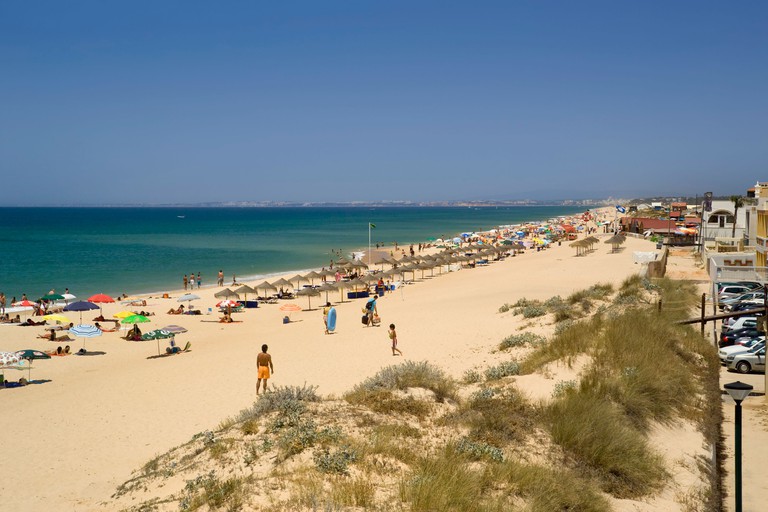 Often seen from the air by departing tourists leaving the city’s nearby airport, Faro’s main beach on Ilha de Faro is a golden sweep of sand between the sea and the lagoons of the Ria Formosa National Park. It’s a favourite among windsurfers and kitesurfers and also hugely popular with locals in the summer – so get here early to claim your spot on the sand or head to either end of the island for a quieter spot. 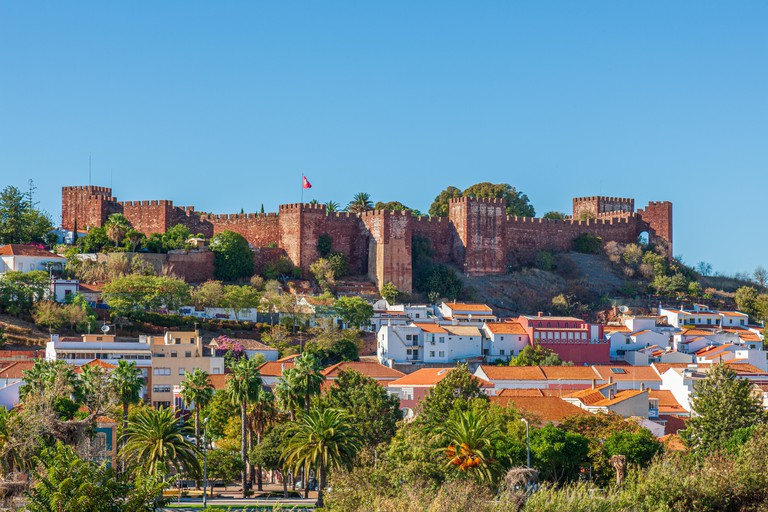 It’s well worth the steep trek through narrow streets to reach this imposing castle overlooking the terracotta roofs of Silves village, around 45 minutes from Faro. Occupying a site first built by the Romans or Visigoths, the current red sandstone construction was built by the Moors who occupied the Algarve from the 8th to the 13th century. It’s now the best-preserved Moorish castle in Portugal – and a great half-day trip from the Algarve’s capital. 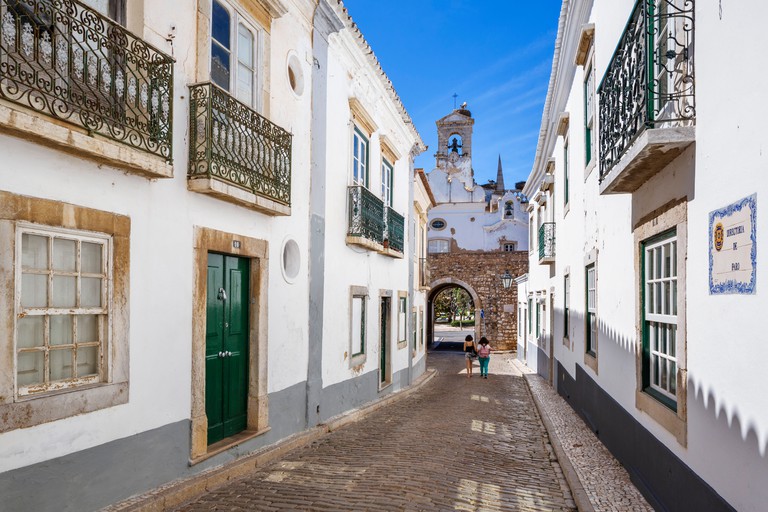 Combine lazy beach days with a cosmopolitan city break in Faro by strolling the historic old town – with its medieval walls, 18th-century architecture, grand churches and cobbled streets winding past squares lined with orange trees, museums and pavement cafes. Start at the Jardim Manuel Bivar garden near the marina, then visit the medieval arches, Bishop’s Palace, 19th-century Town Hall and the 13th-century cathedral – and be sure to climb the tower for the best bird’s-eye-view of the city. 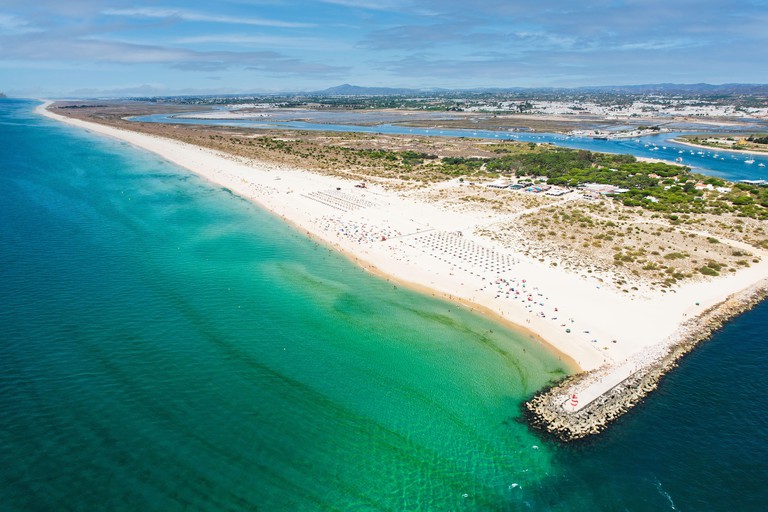 Sun-worshippers should head straight to the postcard-perfect beach on this island – considered one of the best in the Algarve – for its blinding blue sea and seemingly endless stretch of powdery sand. Part of the Ria Formosa Natural Reserve, the small island is a joy to walk around with pine forests and sand dunes attracting all kinds of birds. Just remember not to miss the last ferry home. 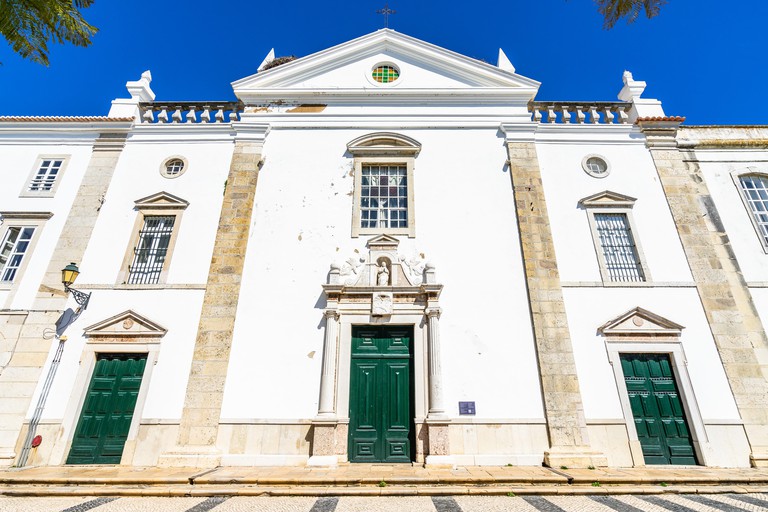 This stately church – opposite the Arco da Vila – has taken a beating in its time. First built in the 16th century, it was destroyed by the town’s catastrophic earthquake in 1755, then later rebuilt on the same site as the baroque building that can currently be seen. It was designed in the shape of a Greek cross by Italian architect Francesco Xavier Fabri – who also designed Faro’s Seminario Episcopal and the Arco da Vila. 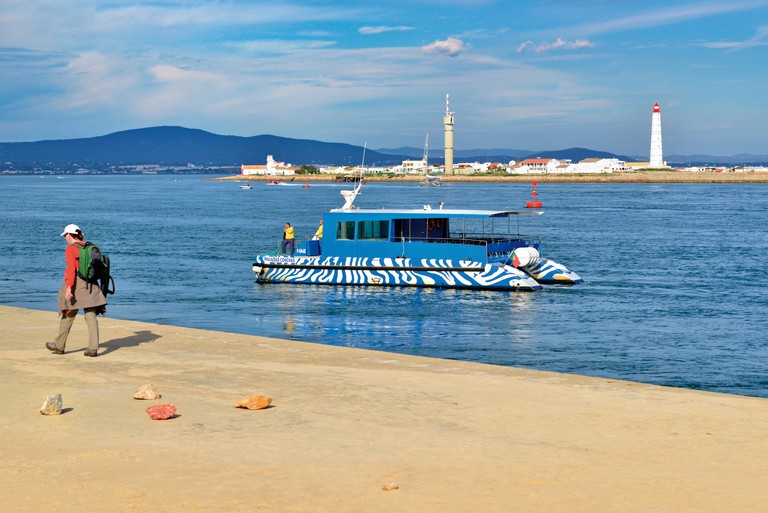 Hop on the ferry and head to this tranquil sand bar island – which is part of the Ria Formosa National Park. The quiet tropical-style beaches are show-stoppers, of course, but don’t miss the traditional fishing villages where you can dine on rustic seafood dishes in the sun. There are no roads here so we’d recommend strolling the wooden walkways through the dunes between the two villages of Culatra and Farol with its distinctive lighthouse.

Why Visit Lisbon? Reasons to Visit The Portuguese Capital

20+ Portuguese Cakes And Pastries To Try Before You D.i.e