Scattered across green meadows and rocky hills, Portuguese castles make up a small but important part of the vast historical heritage of the country. Here are the most beautiful and enchanting castles in Portugal. 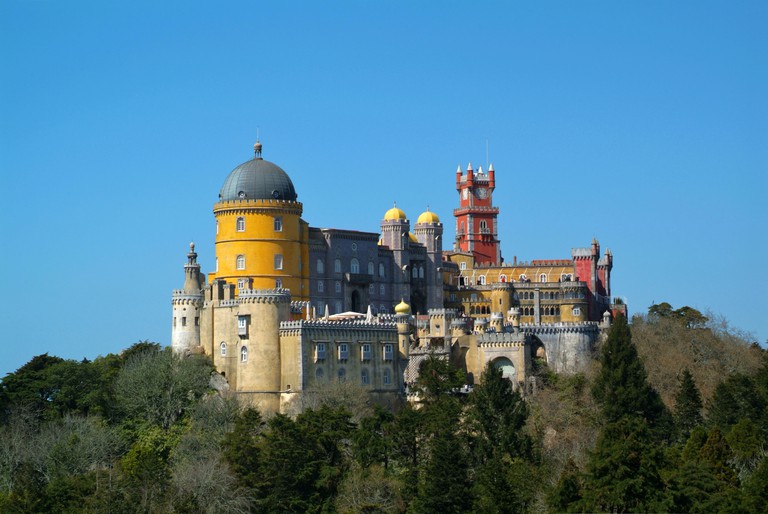 The National Palace of Pena is the most famous castle in Portugal due to its colourful appearance and imposing location atop the highest hill above Sintra. It’s a monument of national and international importance and a Unesco World Heritage site. The story of the palace dates back to the Middle Ages when a chapel dedicated to the Lady of Pena was established. It eventually grew into a monastery and then a castle. The building’s facade is outstanding, borrowing elaborate details from the Manueline and Moorish styles of architecture. The clever design of the palace ensures that it’s visible from anywhere in the surrounding gardens and forests. 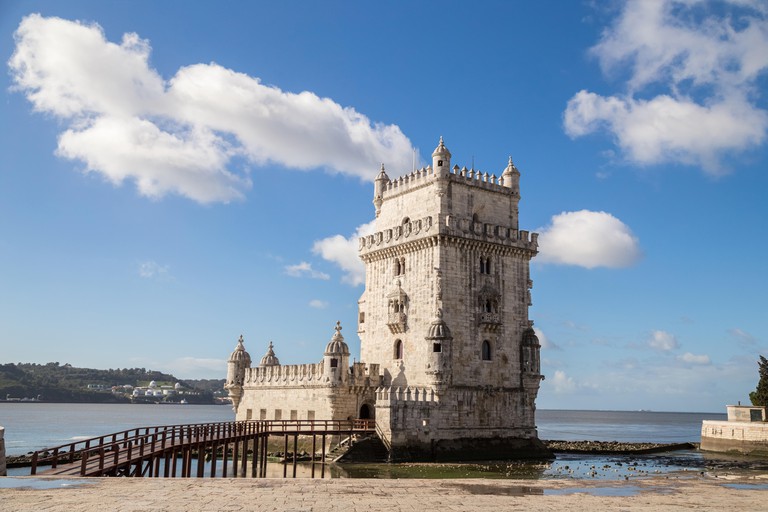 The 16th-century Belém Tower is adorned with the symbols of the house of King Manuel I, including the thick rope that encircles the castle and terminates in elegant nodes and crosses at different angles. In the late 16th century, the tower became a prison during the Spanish invasion of Portugal, holding upper-class criminals and political dissidents in the dungeons. Belém Tower protected the Portuguese capital, which was vulnerable to attacks from pirates and neighbouring states. Today, it’s a key symbol of Lisbon and serves as a reminder of the former power of the Portuguese on land and at sea.

Castle of the Moors 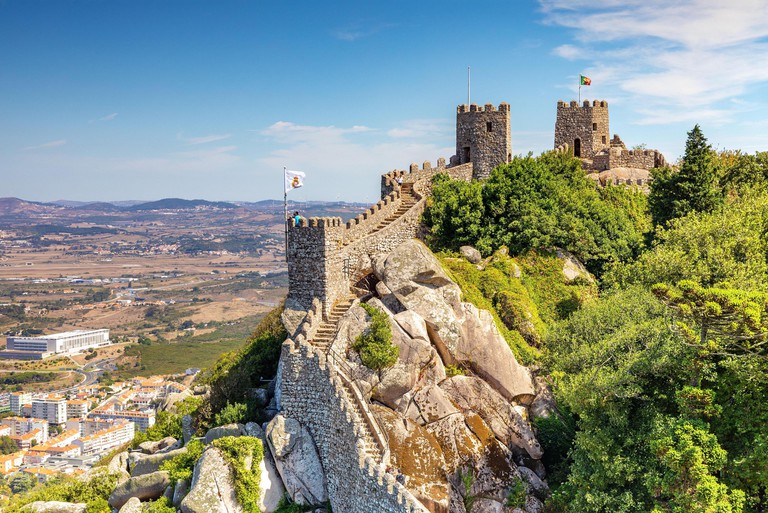 The Castle of the Moors was built during the eighth and ninth centuries, making it one of the oldest preserved fortresses in Portugal. This Moorish fort sits atop a steep hill in the middle of a thick forest and is surrounded by a high wall. The castle was altered to survive long sieges, with a reservoir for drinking water built inside. However, despite its vital geographical location, the fortress was abandoned by its inhabitants in the 15th century and quickly lost value and started to decay. Today, climb to the top for impressive views of the beautiful valleys that stretch towards the Atlantic Ocean. 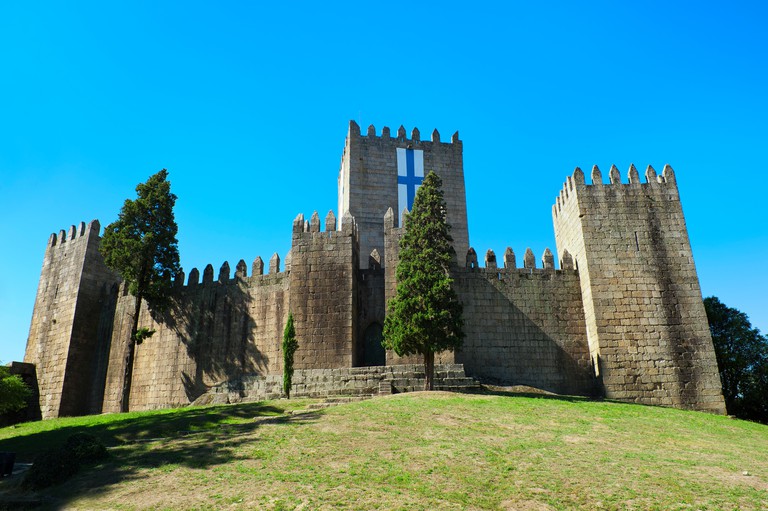 Guimarães Castle is one of the most important Medieval fortresses in northern Portugal. Its walls were built in the shape of a pentagram, complete with eight rectangular crenellated towers. Constructed in the 10th century, it later became the official royal residence of Henry of Burgundy, Count of Portugal, the father of the first king of Portugal, Afonso Henriques. The castle withstood the Battle of São Mamede in 1128, which resulted in the victory of Afonso and signified the starting point of an independent Portugal. Since then, the castle has been dubbed the birthplace of the Portuguese nation. 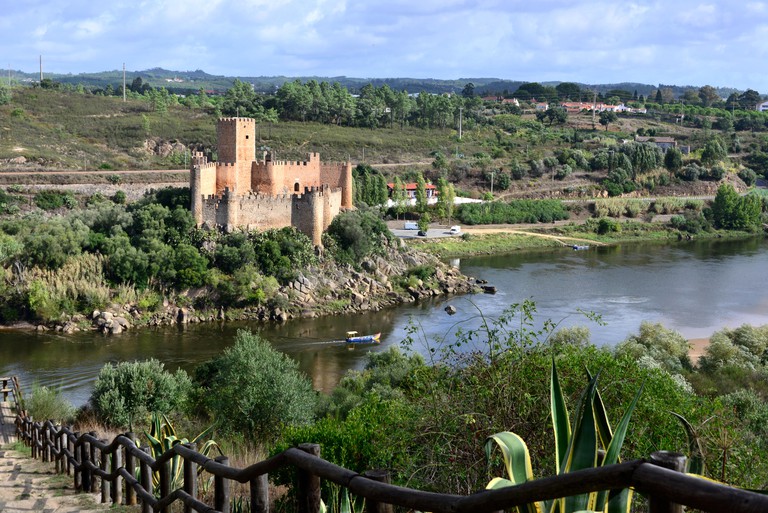 On the top of a small rocky island in the middle of the Tagus River, this sandstone castle is one of the most picturesque fortresses in the country. It dates back to the 12th century, and despite its respectable age, the Almourol Castle is in good condition. The isle has long been a strategically important point, controlling the waterway along the Tagus, and it’s widely accepted that its name comes from the Arabic word almorolan, which means “high rock”. Indeed, this definition perfectly describes the location of the castle. 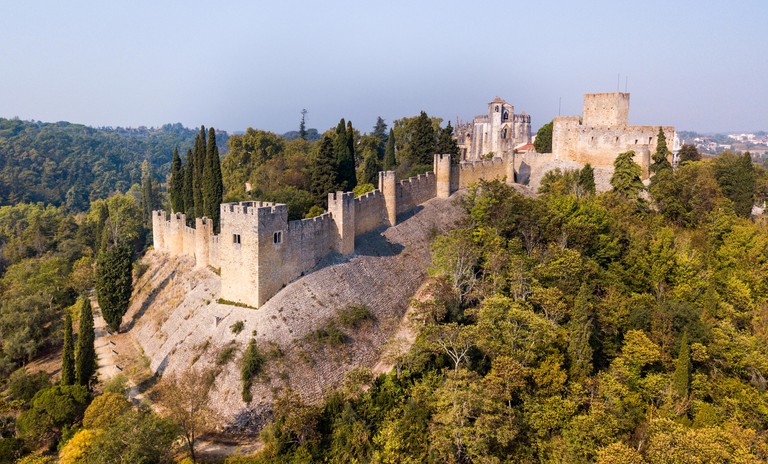 Erected in the 12th century, the Tomar Castle, once belonging to the Knights Templar, is also a convent. The structure was groundbreaking at the time in Portugal due to the incorporation of unusually rounded towers. Its original mission was to protect Portuguese land from the intrusion of Arabs (known in Iberia as the Moors). In 1312, Pope Clement V disbanded the Templars, and in the 15th century, the castle became the residence of King Manuel of Portugal, who made the most notable changes in the castle’s design when graceful decorations in the Manueline style were added. 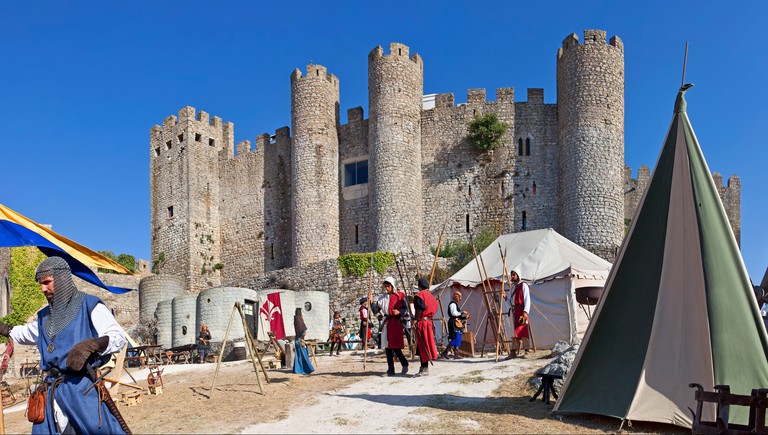 The construction of Óbidos Castle dates back to the Roman presence in Portugal. It has cylindrical and square-shaped towers, while limestone and marble adorn the facade. It’s a fine example of a well-preserved fortification and has escaped the fate of being turned into woeful ruins. Today, it’s a small romantic hotel. The village surrounding the magical castle is known for its appealing landscapes and exuberance of greenery, along with quaint cobblestone streets and alleys. Visit the hotel to learn the hidden secrets of this Moorish castle. 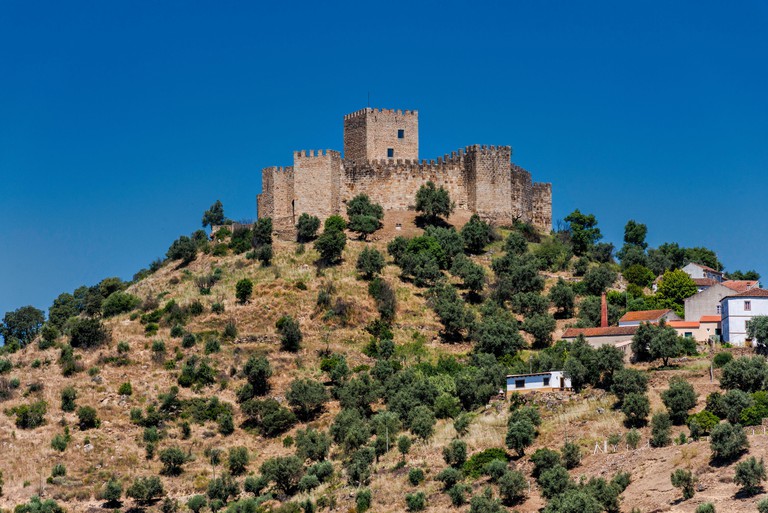 The Castle of Belver was built to prevent enemy access to the Tagus River. After the defeat of King Sancho in the 12th century, he transferred the castle to the Order of the Hospitallers, which entrenched its monopoly of power over the entire region. Throughout the centuries, the fortress stood unaffected by external influences and has retained its archaic military construction of the Medieval period. 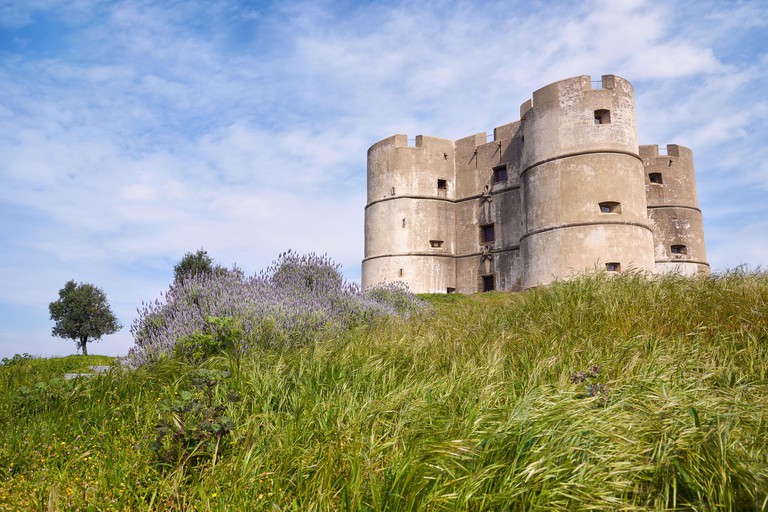 Another example of an interestingly shaped castle is the Castle of Evoramonte, which has four cylindrical towers. It’s where the Concession of Evoramonte was signed, thereby marking the end of a six-year civil war in Portugal in the 19th century. During his reign, King Afonso Henriques, accompanied by his wife, Queen Mafalda of Savoy, used the castle as his summer residence.

Castle of Viana do Alentejo 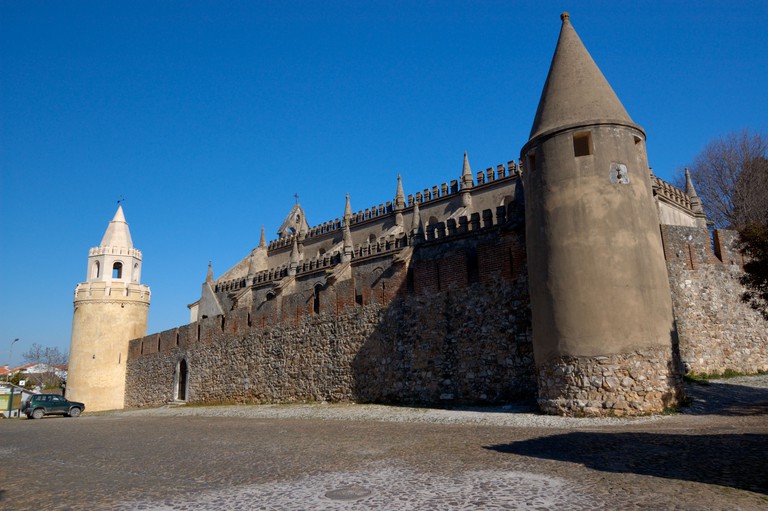 One castle often overlooked by tourists is the Castle of Viana do Alentejo, which is a shame since this gothic masterpiece is one of the more beautiful fortresses in Portugal. In the heart of Alentejo, the white-and-grey pentagonal structure dates back to the beginning of the 14th century and has undergone a few restoration efforts – the last taking place around 2005. Topped with romantic towers and bordered on one side by a cathedral, it’s a lovely representation of Portuguese architecture from the 1300s.

This article was written in collaboration with Nina Santos.

Best Small Towns To Visit In Portugal (Not To Be Missed).

11 Things Tourists Should Never Do in Portugal, Ever