The islands of Scotland have long been entwined with a romantic image of rugged landscapes, tumultuous surrounding seas, impending mountains, imposing lochs and noble glens. Although small in size, this enchanting land hosts a great number of islands – 790 to be precise – all of which possess a unique character.

Although some reside in little clusters, the majority of the Scottish islands are near the four primary groups: Shetland, Orkney, the Inner Hebrides and the Outer Hebrides. Many of the islands are alluring in their remote nature. That being said, the lucky people who inhabit them are thought to be among the happiest in the world. Here, Culture Trip explores the most remote islands of Scotland. 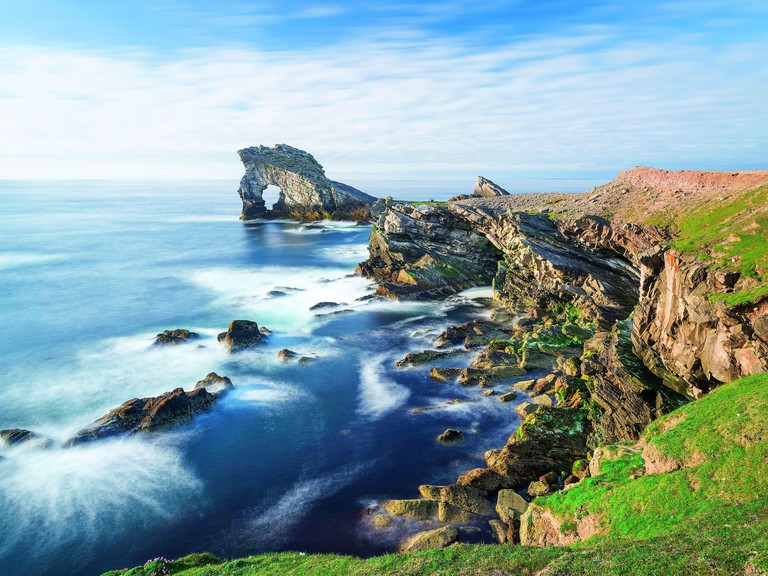 Remote and rugged in nature, there is a reason why Foula was the chosen location for the film The Edge of the World(1937) – it truly is one of the most remote islands in Britain. In the Shetland Islands, this picture-perfect place has a permanent population of approximately 30 people. The name derives from the Old Norse word for Bird Island and is a Site of Special Scientific Interest, due to the diverse array of birds and plants. 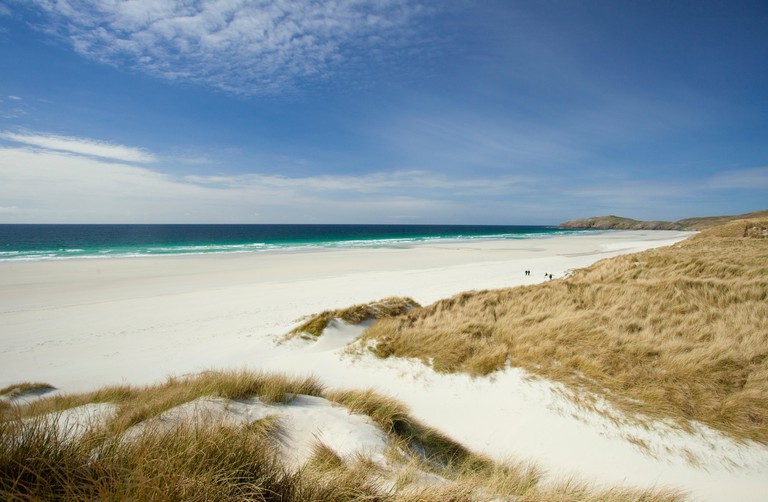 An island in the Outer Hebrides, this secluded spot lies near the island of Vatersay (the two are linked by a causeway). In total, Barra comprises approximately 23sqmi (59sqkm). Upon approaching the main village of Castlebay, the eye cannot help but focus on Our Lady of the Sea, a white marble statue of the Madonna and Child. From castles and swathes of silver sands to multiple rocky inlets and Iron Age brochs, Barra is a most fascinating haven. 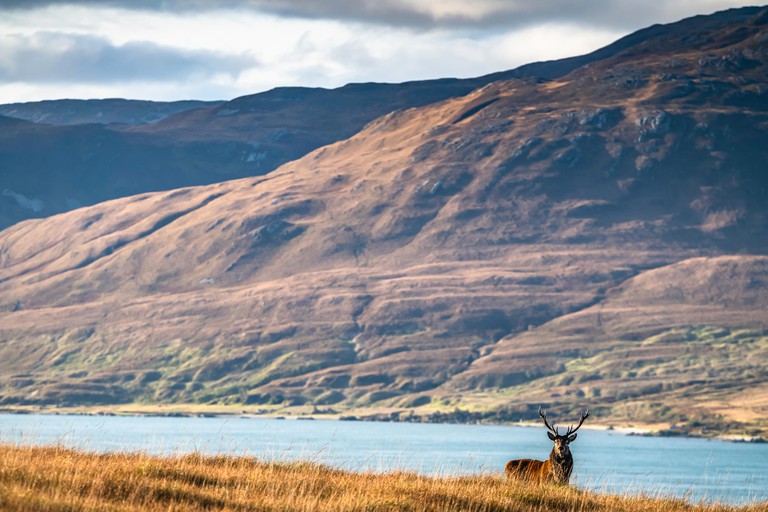 To some, Jura is an undulating chunk of bare and infertile land. To those with a penchant for beauty and nature, this island in the Inner Hebrides is an adventurer’s paradise. This little land is a stone’s throw from Islay and is about the same in size. The name, which is thought to derive from the Norse for Land of Deer, could not be more appropriate. Jura has a population of approximately 200; the main rulers are the many deer that call this place (which is often referred to as one of Scotland’s last wildernesses) home. Recent counts saw 5,500 of these graceful beauties. 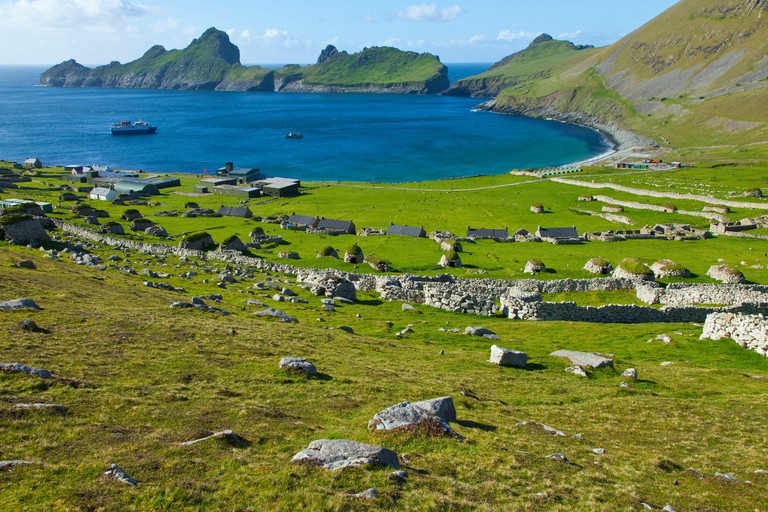 Hirta, on the western edge of Scotland, is the largest isle in the St Kilda archipelago and has 9mi (14km) of impressive coastline. What is now a resting spot for avid sea kayakers was once home to people from as far back as the prehistoric period. The year 1930 saw the evacuation of the final island inhabitants, who had survived solely by living off the seabird population. In 1957, the National Trust for Scotland acquired the island, which became Scotland’s first Unesco World Heritage site in 1986.

The island of Rùm is a true jewel of Scotland. Many refer to it as a diamond in shape and a diamond in nature. Rùm, which sits in the district of Lochaber, is the largest of the small isles of the Inner Hebrides. Archaeological digs suggest this island has been inhabited since 8000BCE. Today, the population (approximately 30 people) live in Kinloch, a wee village on the east coast. From mountains eroded by Pleistocene glaciation to the reintroduction programme for the white-tailed sea eagle, Rùm is a hub of ecological and geological research. 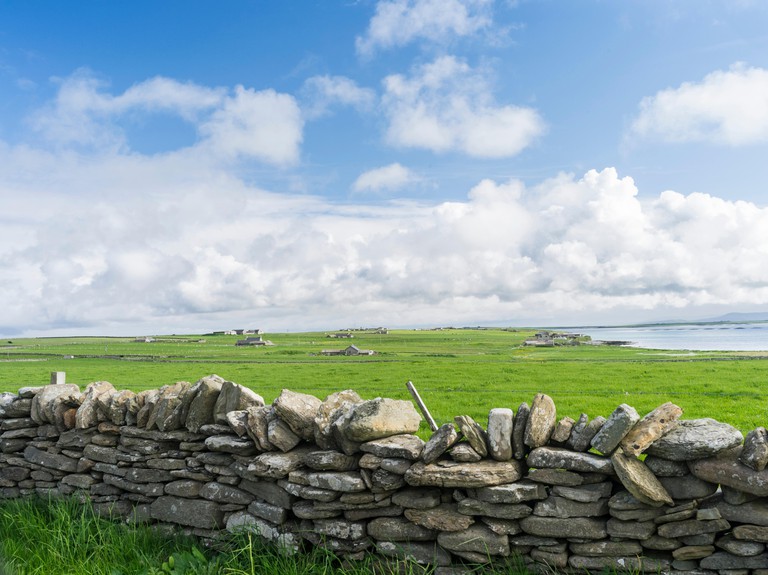 Papa Westray, or Papay, has an area of around 3.5sqmi (9sqkm) and is one of the Orkney Islands. With a human population of approximately 90 and brilliantly fertile soil fit for agriculture, this remote isle is the epitome of bliss. Papa Westray is also home to Arctic terns and Arctic skuas at the RSPB nature reserve. Amid this reserve sits the incredibly rare yet majestic Scottish primrose, which has purple petals and alluring appeal. According to Historic Scotland, Papay is a place of nearly 60 archaeological sites. 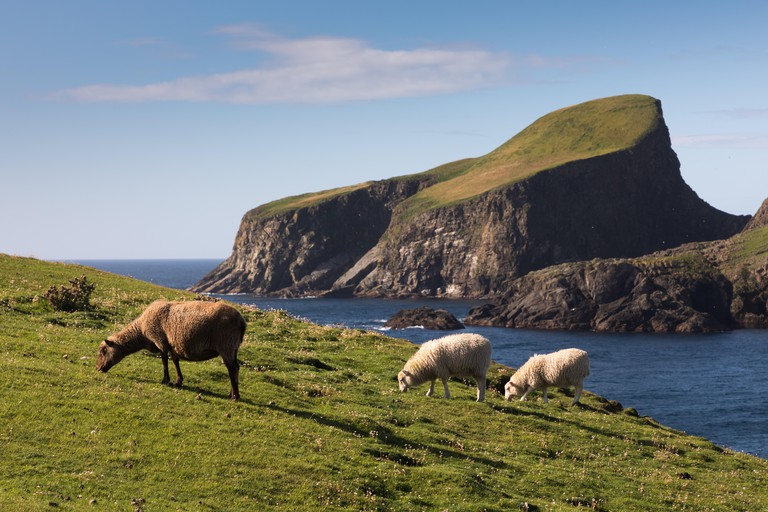 Fair Isle, the most remote inhabited island in the United Kingdom, is nestled between mainland Shetland and the Orkney Islands. This special isle is 3sqmi (8sqkm) and the 10th largest of the Shetland Islands. Most of the population – around 60 islanders – reside in crofts and work the land on the southern side (the northern half sports rocky moorland). Bird enthusiasts flock to visit the bird observatory here. This wee isle is renowned for its traditional knitting style, too. Two diesel generators and two wind turbines supply the power, as it is not connected to the National Grid. 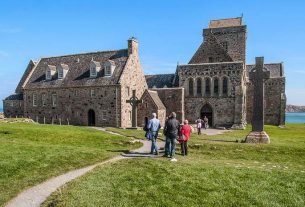 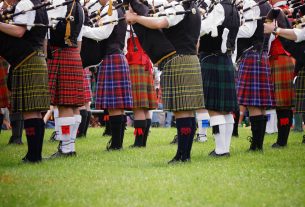 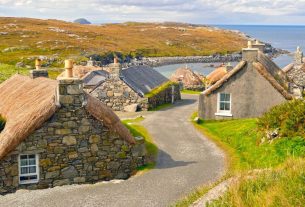