Ask almost anyone you know what dream vacation they want to take in their lifetime and chances are they’ll say Hawaii. Each year over 8-million visitors are expected to arrive in Hawaii, almost 60% of who arrive from the US mainland.

These visitors will average 9-10 days in the islands and spend a total of over $14-billion dollars for their trips. Many will take the opportunity to visit more than one of the Hawaiian Islands.

Why do so many people come to visit Hawaii every year?

Let’s look at some of the top reasons to visit Hawaii. When planning a vacation, one thing most travelers look for is good weather. The good news is that Hawaii has some of the best weather anywhere in the world. While the islands have a drier season (summer) and a wetter season (winter), the temperature remains relatively steady throughout the year. While rain showers keep the islands green and lush, every island has an area where the sun shines almost every day of the year. When the trade winds are blowing, the cool breezes make for a perfect day in paradise. While every vacation destination has a few people who don’t like visitors, Hawaii has fewer than most vacation destinations. Part of the reason is that tourism is the major “industry” in Hawaii and almost every family has someone who works in the tourist industry. A larger reason, however, is that most people in Hawaii promote the “aloha spirit.” In fact, while most people practice it as a part of their nature, it’s actually the law in Hawaii that all citizens and government officials are obligated by law to conduct themselves in accordance with this law. Hawaii is the only state in the USA where everyone is a minority. In addition to the original Hawaiians who sailed to Hawaii from the islands of Polynesia, the islands have attracted groups of people from around the world including Caucasians, Chinese, Japanese, Filipinos, Hispanic/Latinos and more.

Many were brought to the islands to work on the sugar and pineapple plantations that once were prevalent on every major island. Each of these various immigrant groups brought with them their own unique cultures. Today, Hawaii is truly a melting pot of all of these cultures. Almost 25 percent of island residents claim ancestry of two or more races. A thousand or more years before Columbus arrived in the New World, Polynesian settlers arrived in Hawaii from the Marquesas Islands. In 1778 Captain James Cook “discovered” Hawaii. In 1795 King Kamehameha I united all of the Hawaiian Islands.

The 1820s saw the arrival of missionaries from New England. Less than 100 years after the islands were unified by Kamehameha I, the Hawaiian monarchy was overthrown by government white ministers, planters and businessmen, establishing the Republic of Hawaii.

History buffs can explore the last 1600-1700 years of Hawaiian history on each of major islands through cultural centers, museums, and tours. With over 750 miles of shoreline and over 400 named beaches, all of which are public beaches, you’re sure to find a beach in Hawaii that’s perfect for you and your family. In Hawaii, you can also choose the color of your beach. There are white sand beaches, yellow sand beaches, black sand beaches, red sand beaches, and even one green sand beach. Since the ocean conditions can be unpredictable, my best advice, if you plan to go into the water, is to select a lifeguard protected beach. Each of the Hawaiian Islands was formed by a single hotspot on the floor of the ocean. The islands stretch over 1500 miles from Kure Atol in the northwest near Midway, to Lo’ihi Seamount, the newest island being formed off of the southeast coast of Hawaii Island, the Big Island. As the islands move off the hotspot over time, each has reminders of their volcanic past.

On Kauai, visitors can take a helicopter tour into the crater of Mt. Waialeale, one of the wettest spots on earth. On Oahu, almost all first-time visitors make the hike to the top of Diamond Head. On Maui, a drive to the summit of Haleakala for dawn is a must. Of course, however, the most popular volcano of all is Kilauea on Hawaii Island, which has been in a state of constant eruption since January 3, 1983. Where there are islands, there is water, and Hawaii has a wide assortment of ocean activities of which you can partake.

For those who want to ride the waves, Hawaii has some of the best surfing, boogie boarding and windsurfing spots in the world. If you enjoy getting under the water, there is great scuba diving, snorkeling and the latest craze, snuba.

If you want to stay mostly dry, there is are great catamaran and other sailing tours, whale watches, zodiac raft tours, sunset and dinner tours, and some of the best deep sea fishing the world. You can even soar high above the waves by parasailing.

The waters of Hawaii have beautiful reef fish, green sea turtles, Hawaiian monk seals, and yes, even a few sharks. Whatever way you choose to enjoy the waters of Hawaii, be safe. Find out more about Water Safety in Hawaii. For most of the last century, the food in Hawaii consisted primarily of the traditional foods of the numerous cultures in the island—Chinese, Japanese, Filipino, and Hawaiian. Restaurants featuring those and other ethnic foods remain some of the best “hole in the wall” and affordable places to eat in Hawaii.

Most visitors continue to enjoy at least one commercial luau during their stay, where the food can range from quite good to really disappointing.

Everything changed in 1991 when, as explained by the Hawaii Tourism Authority, “twelve Hawaii chefs established Hawaii Regional Cuisine, a culinary movement that inventively blends Hawaii’s diverse, ethnic flavors with the cuisines of the world.” There’s a lot more to shopping in Hawaii than those cheap souvenirs you find at stores on every corner in Waikiki.

Even better are some of the numerous craft shows, farmers’ markets and flea markets that you’ll find on all of the islands. I’ve found some beautiful, locally crafted woodwork and other art. Whatever your price range may be, you’ll surely find some great memories of your Hawaii vacation to take home – so be sure to leave some empty room in your suitcase. Kaua’i is lush and green with the amazing sea cliffs of the Na Pali Coast and the Waimea Canyon, the Grand Canyon of the Pacific.

Oahu has Diamond Head, the beautiful Hanauma Bay, and, of course, the world-famous North Shore.

Maui has ‘Iao Valley, the Hana Coast, and Haleakala, the House of the Sun.

Hawaii Island, the Big Island, has the stark beauty of its volcanic landscapes, its amazing waterfalls, and the Waipio Valley, where you can descend 2000 feet to ride horseback through taro fields and tropical rainforest to a black sand beach. 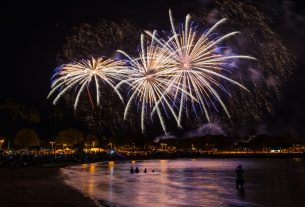 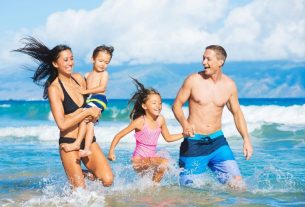 Travel Tips: Plan for the Best Family Trip in Hawaiʻi 2022 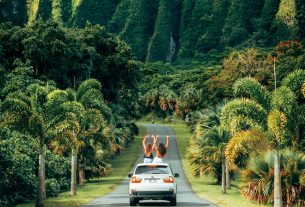 9 Secret Spots on the Hawaiian Island of Oahu