Sydney’s long list of big-ticket attractions — the Sydney Opera House, the Sydney Harbour Bridge, Bondi Beach, Darling Harbour and the like — isn’t exactly a secret, attracting a stream of visitors from every corner of the globe. But beneath the surface of the Harbour City sits a stack of lesser-known hideaways, including these seven secret spots just waiting for your visit.

Hidden away on the harbour, this Lower North Shore gem has been rewarding visitors since the 1920s. The turquoise pool, white picket fence and timber deck — always well populated with sun-bathers — create one of the city’s most Instagrammable vantage points of the Harbour Bridge, and the tumbling green lawns shaded by huge trees (and some of Sydney’s most exclusive property) provide a serene setting for those keen to escape Sydney’s busier swimming spots. 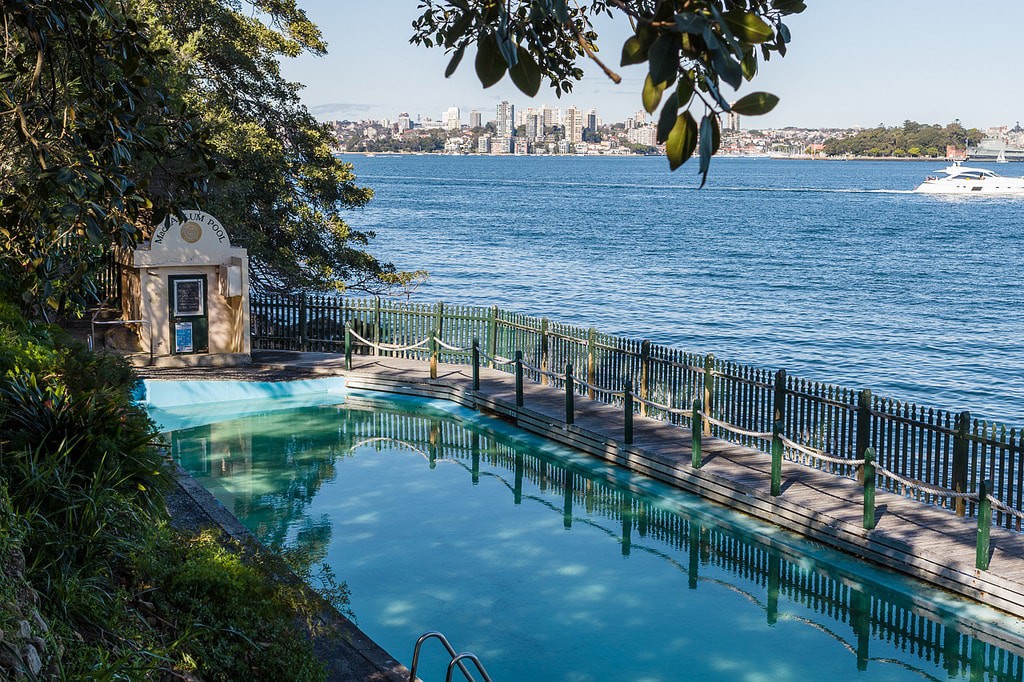 Any landmark with the word ‘secret’ in its name deserves a place on this list, especially when it’s as beautiful as this leafy oasis on the doorstep of the city centre. Wendy Whiteley, the wife of legendary Australian artist Brett Whiteley, converted a derelict space that was once a rubbish dump into an immaculately curated garden in the 1990s, and those lucky enough to stumble upon it, next door to Luna Park in the salubrious harbourside suburb of Kirribilli, have been treated to a maze of winding walkways, rambling paths, picnic tables and colourful plant life ever since. 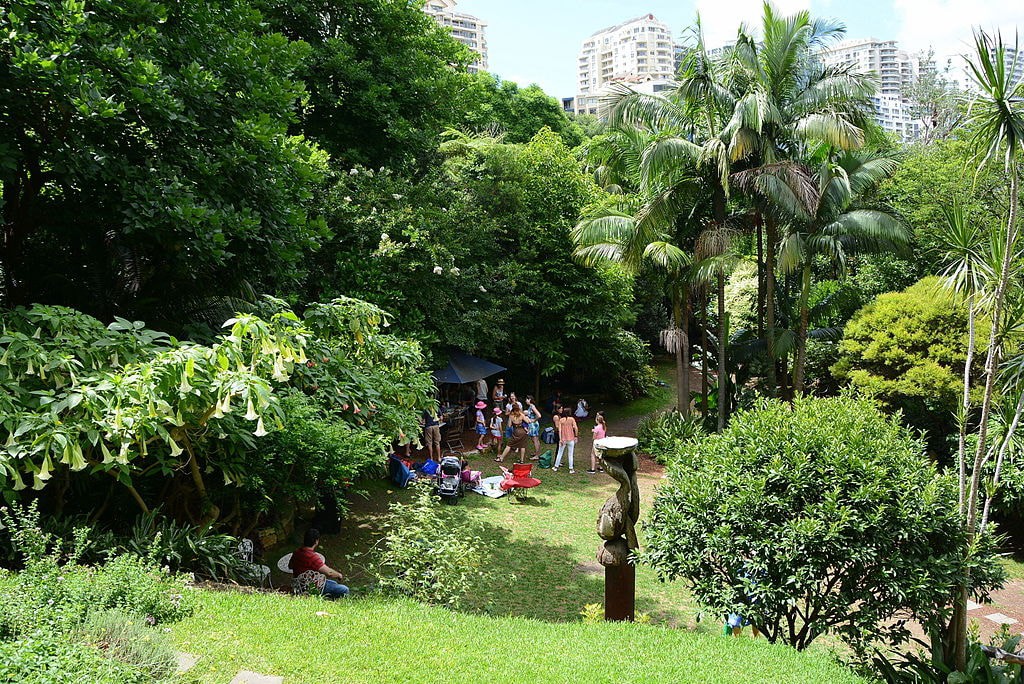 This place is so secret it’s underground — literally. The Paddington Reservoir used to pump Sydney’s water supply in the late 19th Century, but by the early 2000s it had become an unused eyesore, until it was converted into a green public space in 2006. The garden preserves a lot of the original architecture — including towering archways, echoing chambers and many of the reservoir’s historic timber, brick and iron structures — and combines it with verdant hanging gardens and modern water features to produce a lush facility in the heart of one of Sydney’s trendiest neighbourhoods. 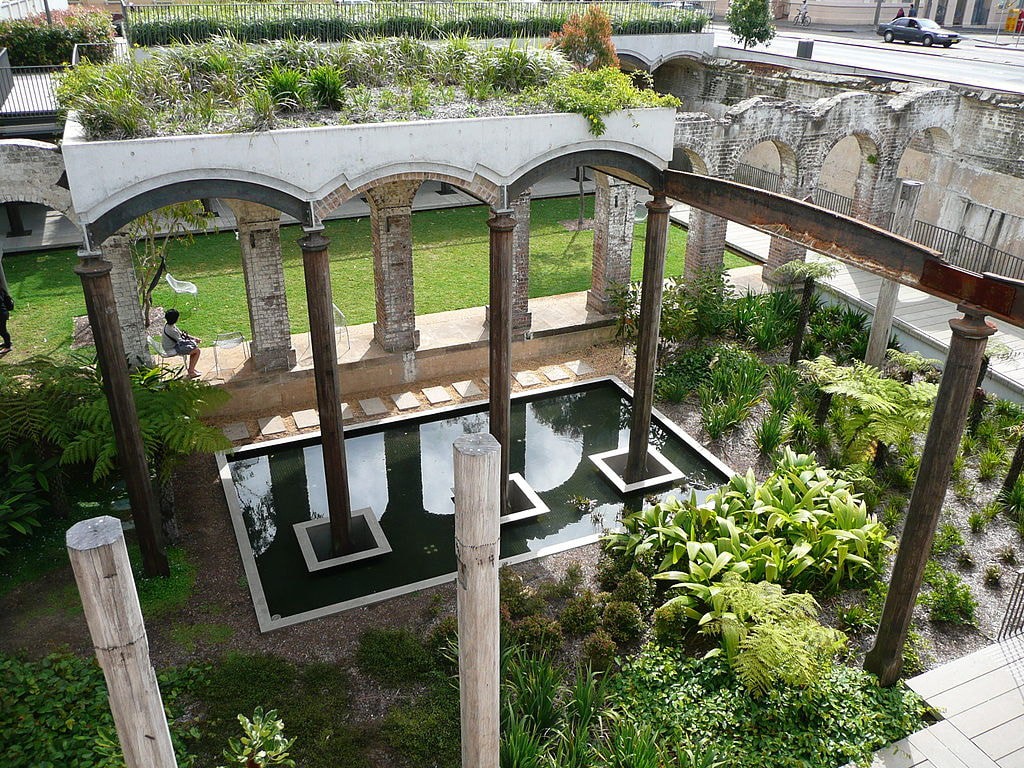 This secret is hiding in plain view, camouflaged in one of Sydney’s most photographed icons. While Bridge-Climbers are shelling out hundreds of dollars to scale the iconic ‘Coat Hanger’, budget travellers can get just as good a view from the south-eastern pylon of the Sydney Harbour Bridge — the enormous granite structure closest to the Opera House and Circular Quay — which costs just $15 to enter. Accessible from the footpath over the bridge from the Rocks, just ascend the 200 steps to the top of the pylon for panoramic vistas of the Harbour City. 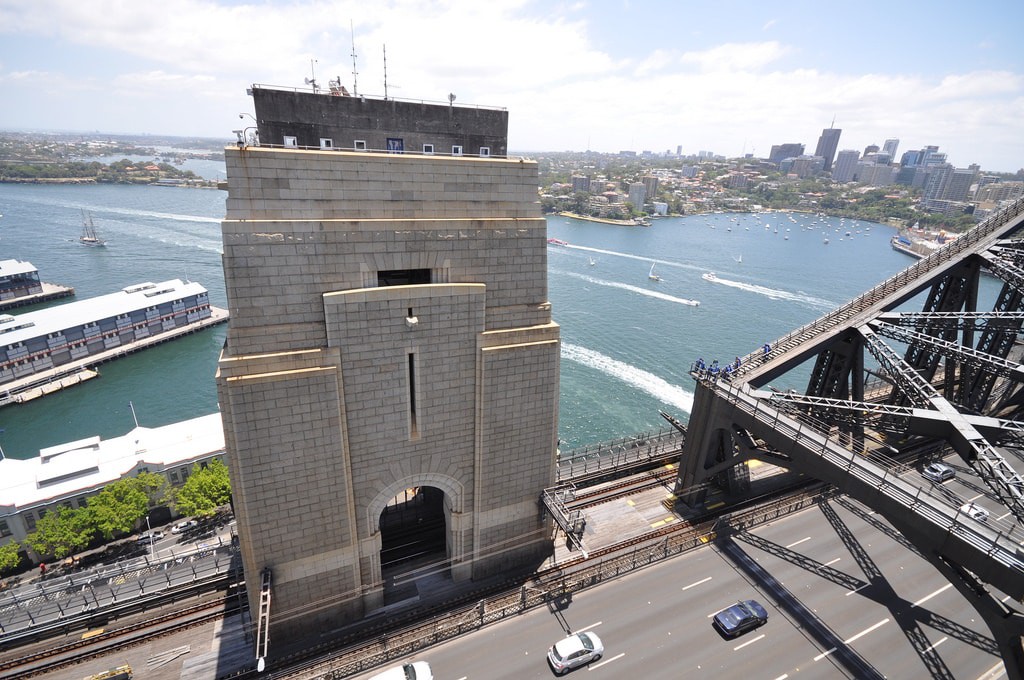 Want to flee the crowds flocking to the uber-popular Manly Beach? Escape into this wormhole, a 50-metre tunnel dug by fishermen a century ago to connect the sand at Queenscliff and Freshwater. Head to the north end of Manly Beach, walk past the children’s pool and spy the pink graffiti heart that marks the start of the dark tunnel that takes you to ‘Freshie’, one of Sydney’s most eye-popping strips of sand. The Fairy Bower Sea Pool, with its enchanting statue, as well as Shelly and Collins Flat Beaches are other well kept hideaways in the Manly area. 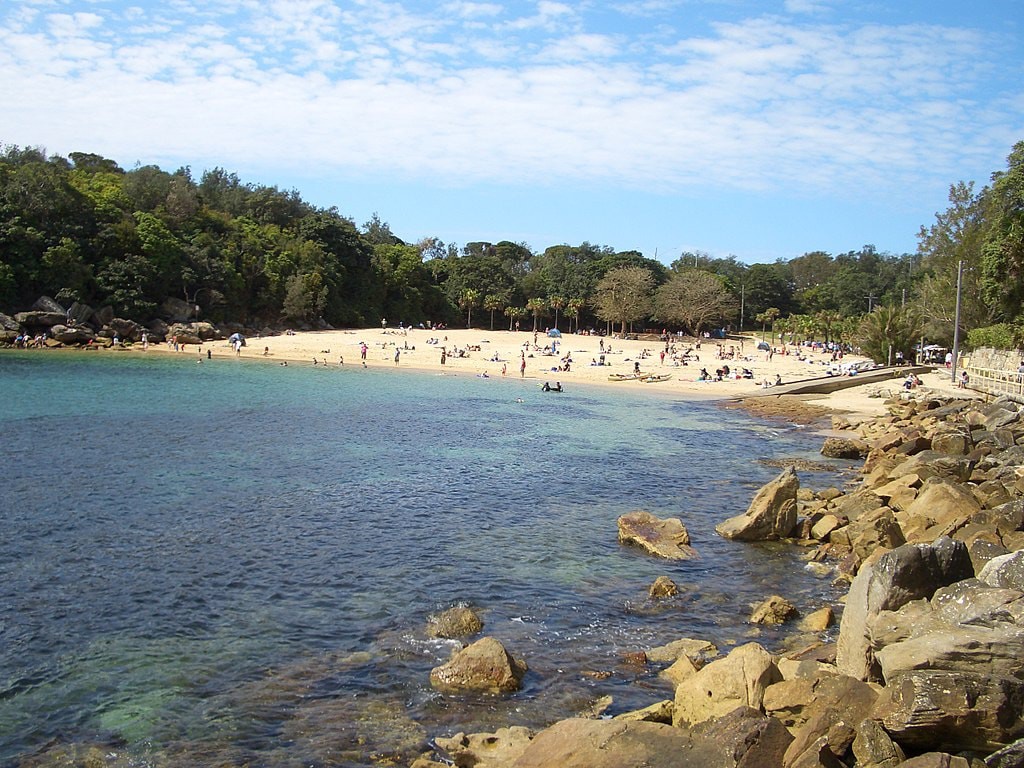 Thousands of people pound the pavement between Bondi and Coogee along the scenic coastal walk every day, but only a few stop to rehydrate at the Clovelly Bowling Club, perched on the clifftop overlooking the Pacific. The club’s street address — 1 Ocean St — tells you everything you need to know about the stunning ocean outlook, which is best appreciated with a cold drink in hand. The atmosphere is a nice mix of local members, families, visitors and 20-somethings who pop in on the weekend for barefoot bowls, cheap drinks and killer views. 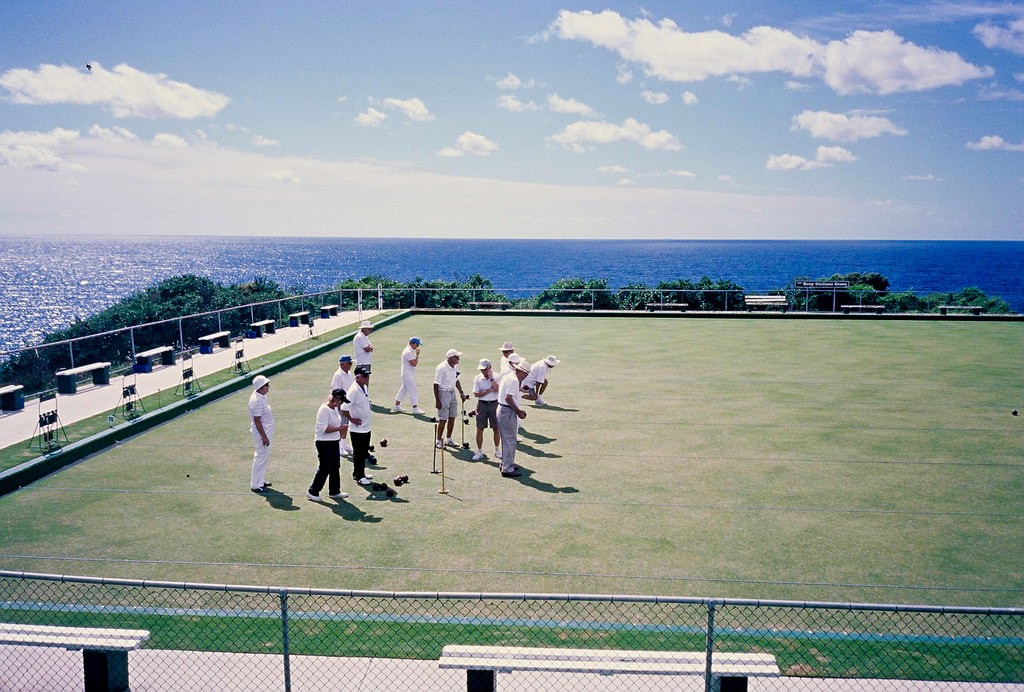 A skinny stairwell off Martin Place in the city centre leads to this hidden alleyway, which is filled with the chirps of dozens of birds once found in the Sydney area. Forgotten Songs is an art installation of 50 cages representing the birds that flourished in the region before European colonisation; it also holds the hundreds of native species listed either as extinct or threatened. And just down George St in Chinatown, In Between Two Worlds is another immersive inner-city installation worth discovering. 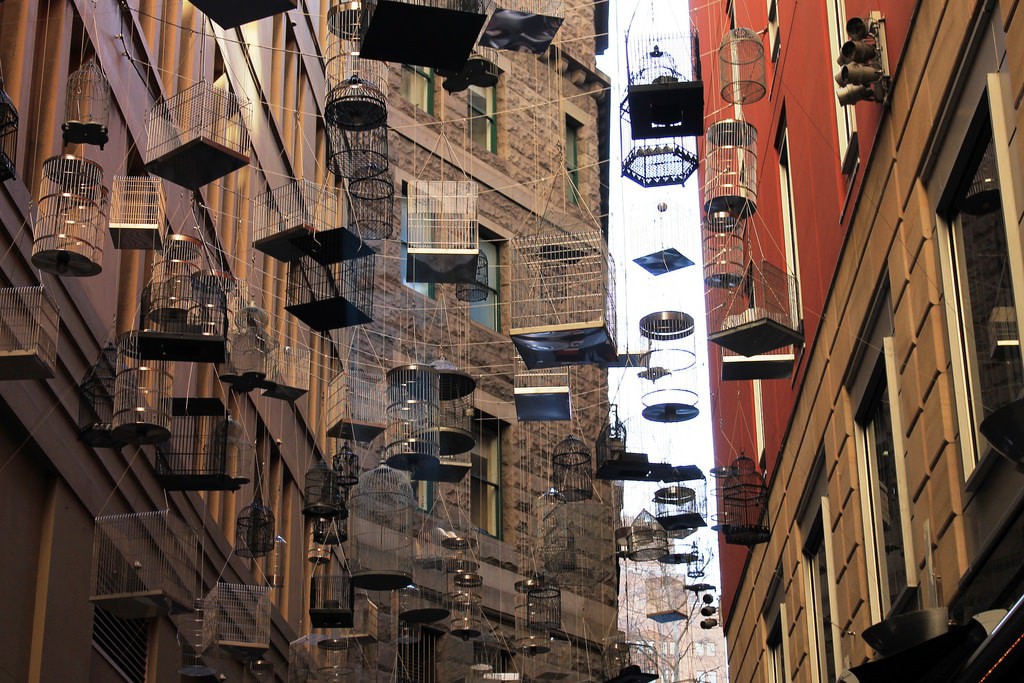 12 Best Things to do in Wollongong, Australia

Why Sydney Is Also Known As ‘The Emerald City’

10 Hidden Gems In Australia That Are Worth Travelling To