mid the dusty terrain of the Kruger National Park in South Africa, a skulking leopard shows no mercy as it tucks into the carcass of a baby elephant calf.

Notoriously difficult to find and capture on film, the leopard was photographed sneaking out from the bush and feasting on the remains by 55-year-old sales executive Trevor Barnett.

It is believed the baby elephant d.i.e.d overnight of sickness or dehydration, as the park experiences the worst drought in decades. 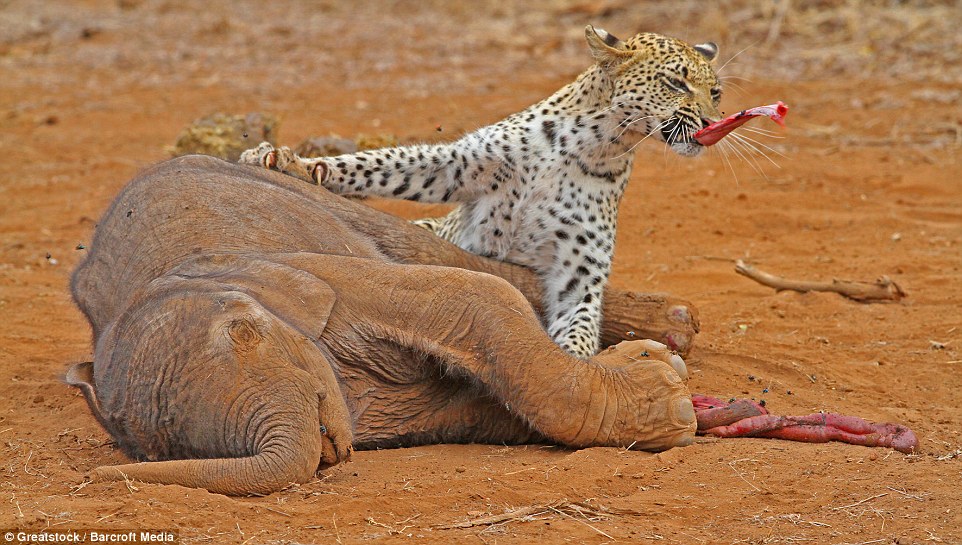 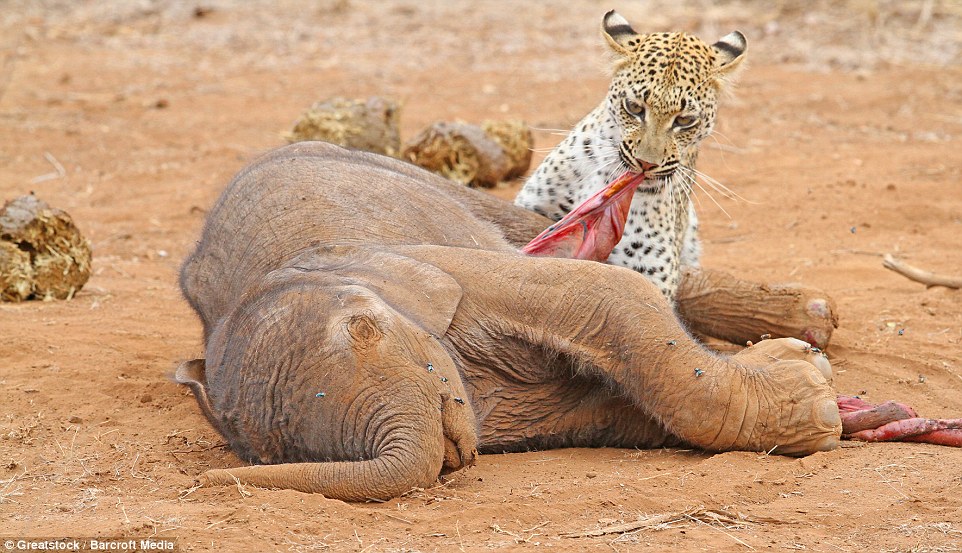 These rare images were captured by 55-year-old sales executive, Trevor Barnett, who has been visiting the iconic park three times a year for the past 30 years

Mr. Barnett, who has been going to the park for the past 30 years, said: ‘The baby elephant was seen in the area with its mother the night before by people on a night drive and they said the baby appeared sick.’

He noticed the leopard approaching the elephant from the bush and parked his vehicle, giving the big cat some distance to see what would happen next.

Despite elephants being known to mourn the d.e.a.t.h of a member of their herd – often grieving beside a carcass for days at a time – none could be seen near the baby elephant.

He said it crept slowly from the bushes and began to rip at the carcass, and the animal’s razor-sharp teeth easily pierced through the young elephant’s thick skin before it ripped chunks of flesh from the abdomen of the animal. 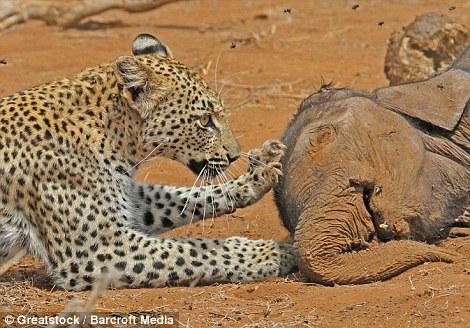 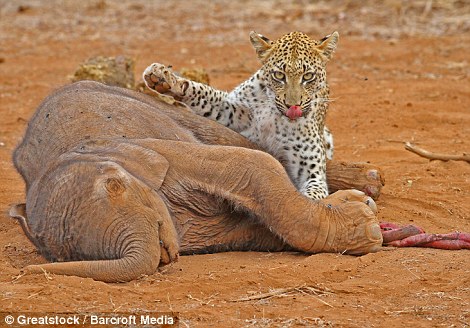 The big cat sneaks out from the bushes and plays with its food before devouring it. Right, the animal sees it is being watched but continues its feast

Mr. Barnett said his presence did nothing to stop the predator from feeding on the calf.

Leopards are known for being the shyest of the big cats in Africa as well as one of the most prolific hunters in the animal kingdom.

Mr. Barnett added: ‘I have never seen a leopard scavenging. 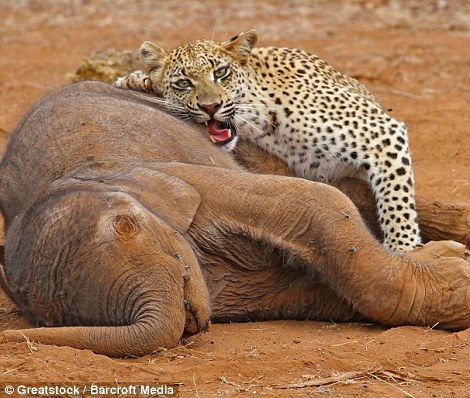 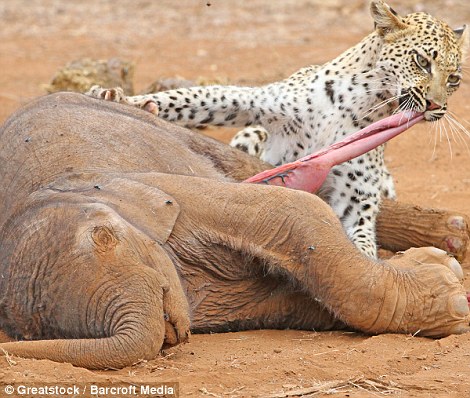 It is thought the elephant d.i.e.d of illness or because of the drought which is gripping the national park at the moment – but its carcass provided food for the hungry leopard

Earlier this month, another tourist snapped stunning pictures of a baby albino elephant at the park.

At the beginning of March, two lions and more than 100 vultures in Kruger National Park d.i.e.d after eating the poisoned carcass of an elephant, sparking fears of a new poaching trend in the heavily-guarded reserve.

Initial investigations showed the elephant was shot in the head, its tusks removed and its carcass laced with poison. Two lions, 110 white-back vultures and two jackals then d.i.e.d after feeding on the poisoned carcass.

The park, which is faced with a poaching crisis targeting rhino, is one of the most heavily protected in the country.

Rangers are equipped with infra-red binoculars to try and catch poachers who normally operate at night. 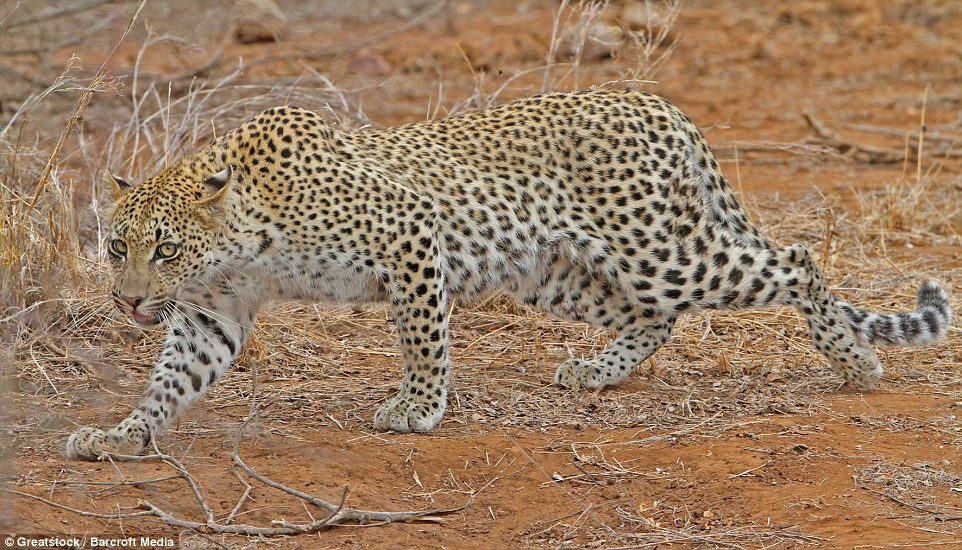 Water looks cold! Baby elephant takes his first dip on the back of his sister

But Mum… I Had A Bath Yesterday! Elephants Splash Around In The Mud To Cool Down