NASHVILLE, Tenn. (WZTV) — Here’s something that will make you smile: Elephants at the Elephant Sanctuary in Tennessee are having the best summer ever and viral videos are here to prove it.

More than 7 million people have tuned in to see Flora the elephant rolling around in the mud. She’s one of 10 elephants at the sanctuary in Hohenwald, about 80 miles southwest of Nashville. 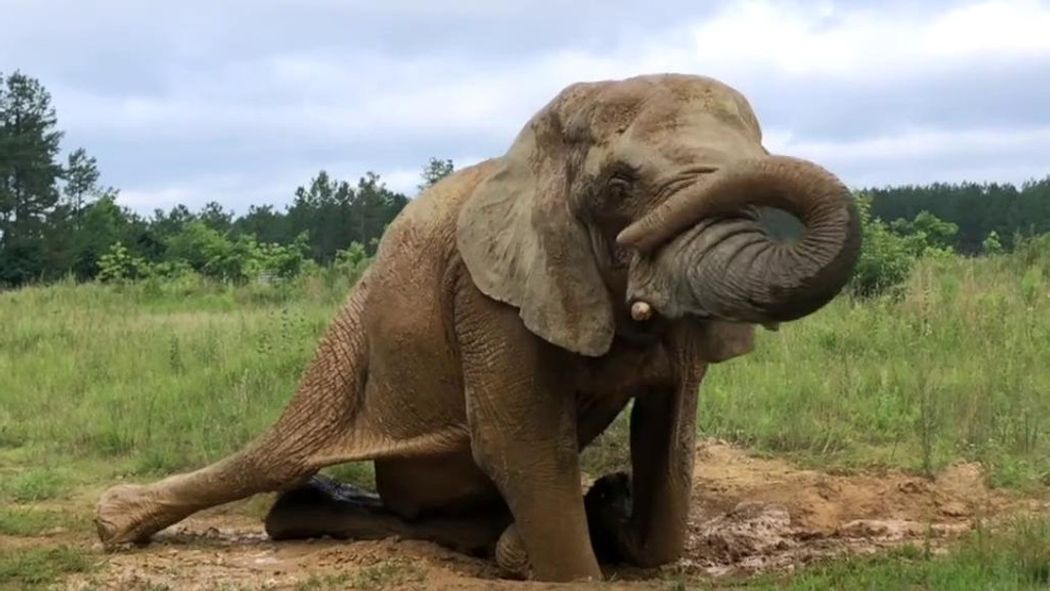 The Elephant Sanctuary in Tennessee is the largest elephant sanctuary in North America.

Another viral video shows how elephants can benefit from exercise – just like humans! Except, at an average of 9 to 10 feet tall and anywhere from 6,000 to 13,000 pounds, they undoubtedly can lift a little more.

Sukari, an African elephant, had no problem carrying a 351-pound tire across the habitat. Did you know that African elephants have been known to lift up to 700 pounds, or the weight of a baby grand piano? 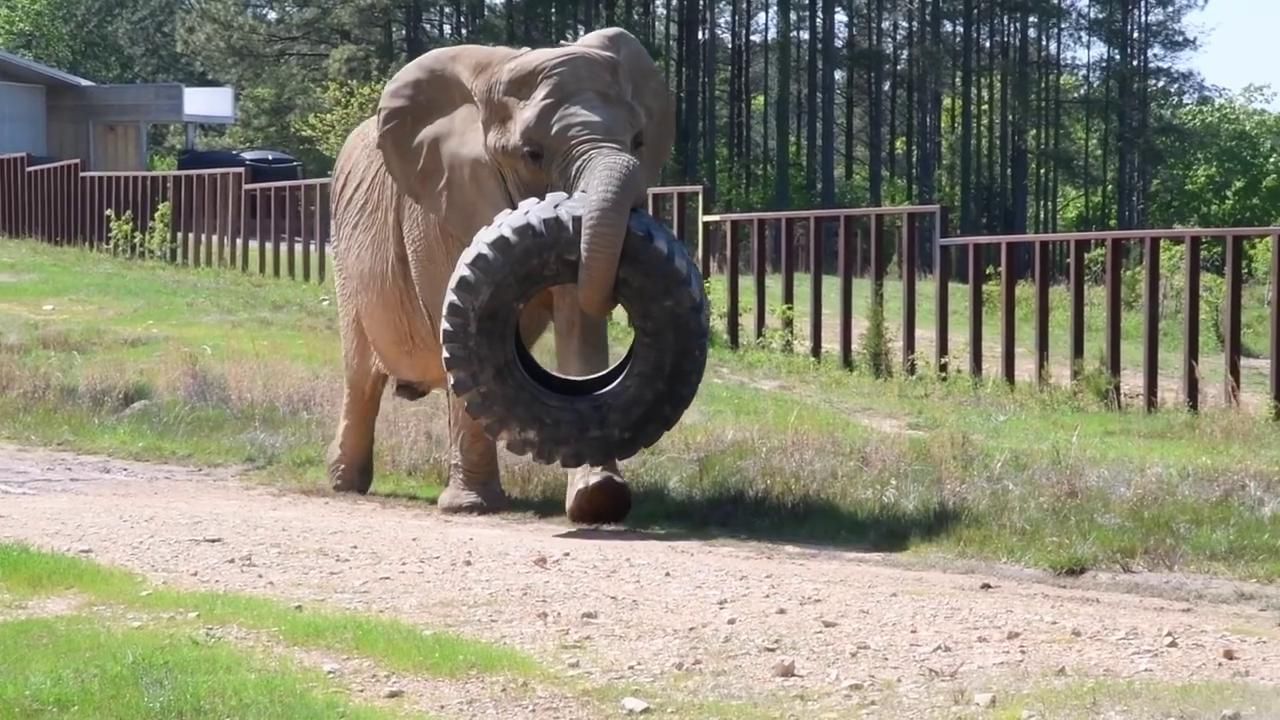 One of the duties of caregivers on site is to ensure the elephants maintain strong trunks, bodies and minds with enrichment. One way this is implemented is by placing hay under large tires which encourages them to use their trunks to lift the tire before eating. 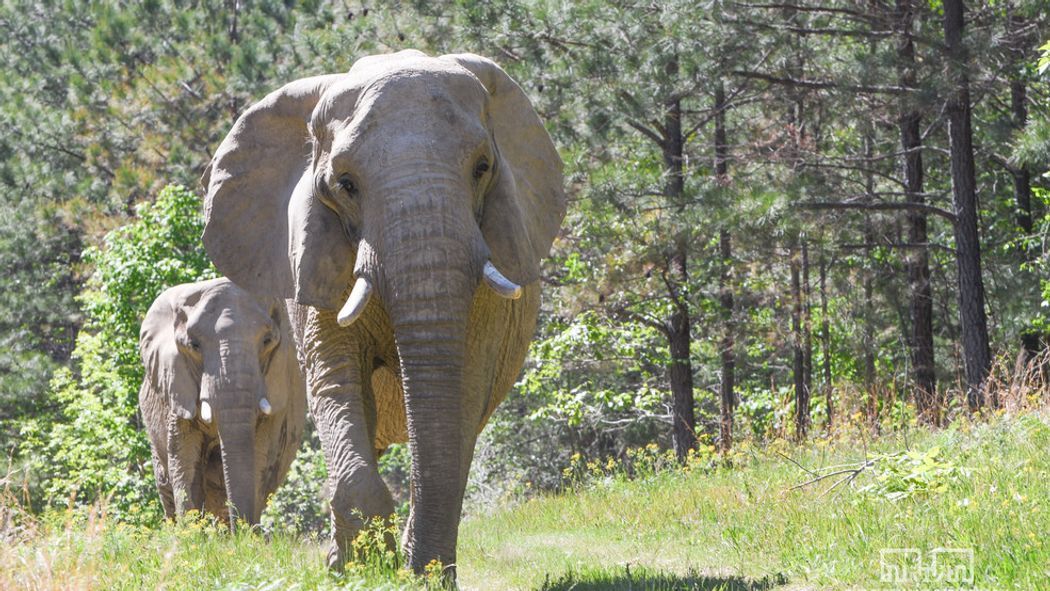 While the sanctuary is closed to public visitors, elephant-lovers can keep up with their favorite animals via webcams or by visiting the Elephant Discovery Center in downtown Hohenwald. You can also keep up with happenings at the sanctuary by following its Facebook page.

It’s also the only sanctuary for elephants dually recognized by the Global Federation of Animal Sanctuaries (GFAS) and the Association for Zoos and Aquariums (AZA). 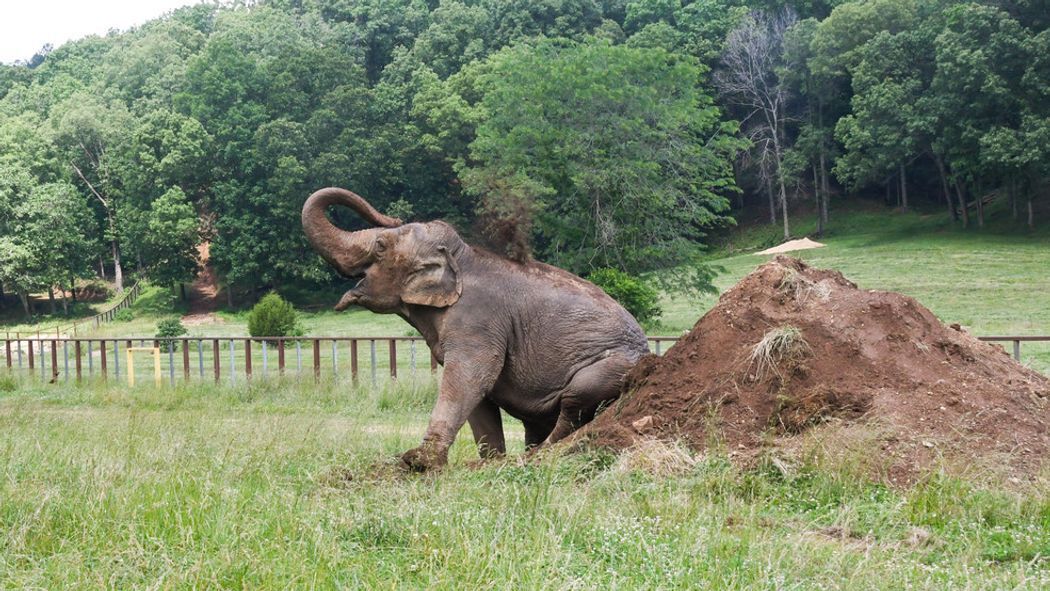 Those wishing to donate to the Elephant Sanctuary in Tennessee can do so here.

The sanctuary is also still mourning the loss of Shirley, the second oldest elephant in North America, who passed away at 72 in February. Read more about Shirley here.

A helping (trunk) from mum! Cute photos of baby elephant pushed over busy motorway as herd holds up traffic jam for HOURS

Traffic-stopper! Spectacular moment a herd of 50 elephants ambles across a highway in Thailand

Photographer Captures Final Photos Of The ‘Queen Of Elephants’ (14 Pics)