The Portuguese language is replete with uniquely expressive and fun words. One that foodies will love is petiscar, meaning “to snack,” a term used when heading out with friends for drinks and snacks. In Portugal, these snacks are called petiscos and, similar to tapas in Spain, they offer an excellent way of trying multiple Portuguese flavors in one sitting.

Before ordering a drink and expecting a petisco to arrive, remember that petiscos, although similar in appearance, are not tapas and won’t be served for free the way tapas are in some Spanish cities. In Portugal, it is not customary for restaurants or bars to serve free snacks, and even the couverts (bread, cheese, butter, pâté) that are automatically brought to the table, even before orders have been placed, come with a charge—if you’re not interested in paying for them, simply say, “Não, obrigado” to the waiter and they should take them away.

Petiscos are smaller, shareable, plates of traditional dishes that are generally cheaper than entrées (or main courses) and are influenced by the region—for instance, petiscos in the Algarve will be different than those in Porto or Coimbra. Along the coast, petiscos are centered more around seafood (so it’s common to see steamed shellfish), while in the central and eastern regions meals are more influenced by the land (meaning a variety of cheeses and meats are common “snacks”). There are a few recipes, however, that are likely to appear on menus across the country.

This is a great snack for meat-lovers. Thin strips of pork are marinated in a sauce of garlic, olive oil, and chili pepper (sometimes wine or beer is included) and stir-fried, before being served with pickled vegetables and bread for dipping.

It’s well known that salt cod is a staple in Portuguese cuisine—so much so that the Portuguese are believed to have developed a different cod recipe for every day of the year. One of them is bolinhos de bacalhau, fried balls of cod mixed with egg, potatoes, onion, and parsley. This is also a dish that can be expected at holiday dinners. 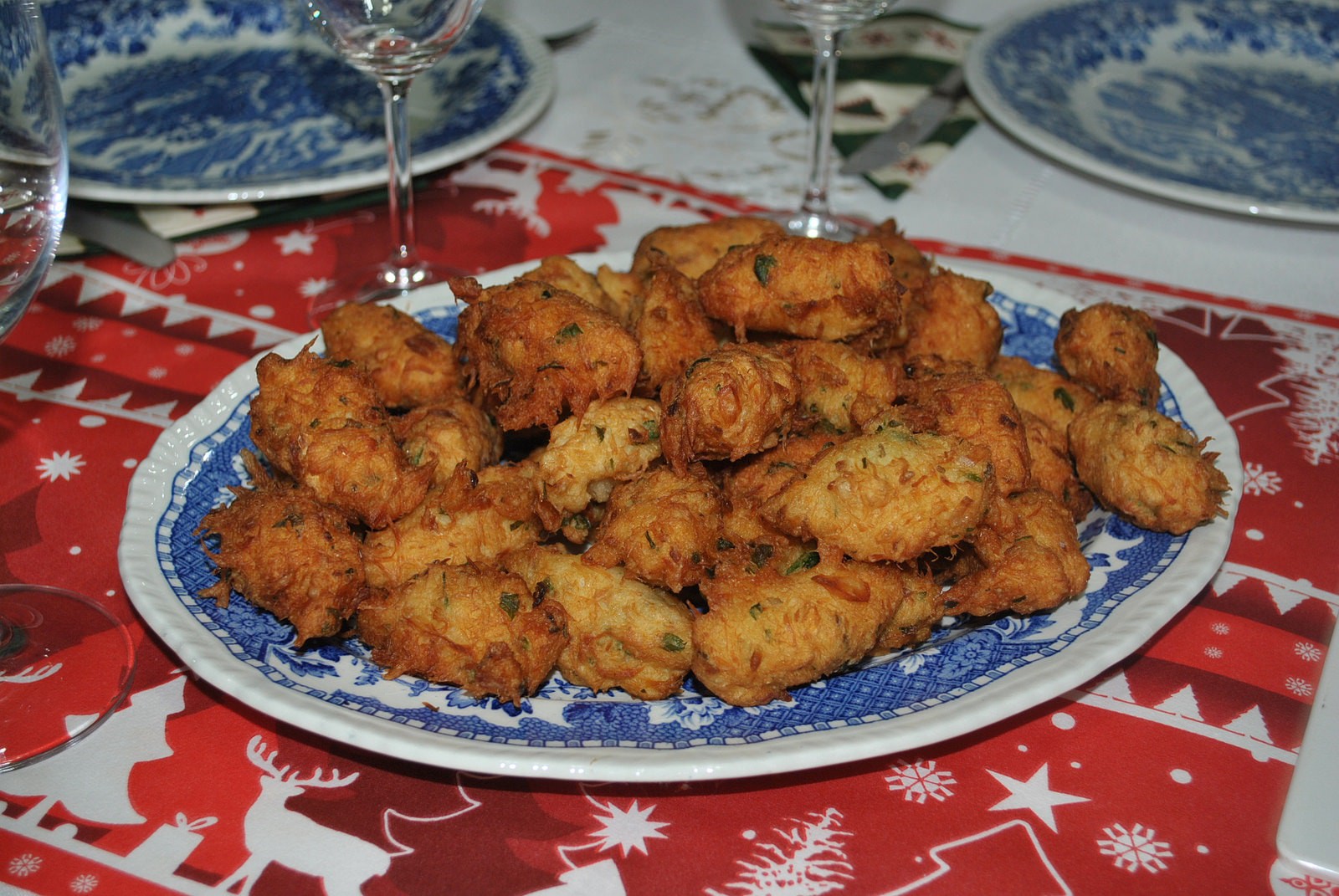 If you ever get a chance to visit a fado house, keep an eye out for the waiter, who will inevitably serve a clay dish topped with Portuguese sausage that has been lit on fire. This is a traditional way of grilling chouriço, a spiced pork sausage similar to Spanish chorizo.

Light and fresh, salada de polvo, or octopus salad, is a seaside favorite that’s arguably best accompanied with a glass of white wine or crisp Vinho Verde. In its simplest form, it is made with boiled octopus that has been chopped into bite-sized pieces and mixed with chopped onion and parsley before being drizzled with Portuguese olive oil. Some cooks like to mix other vegetables too, like chopped tomato and/or chopped bell pepper.

Garlic, white wine and cilantro add flavor to this clam dish that’s a national favorite, named after the 19th-century Lisbon poet Bulhão Pato. As is customary with most Portuguese meals, make sure to have some bread on the side for dipping. 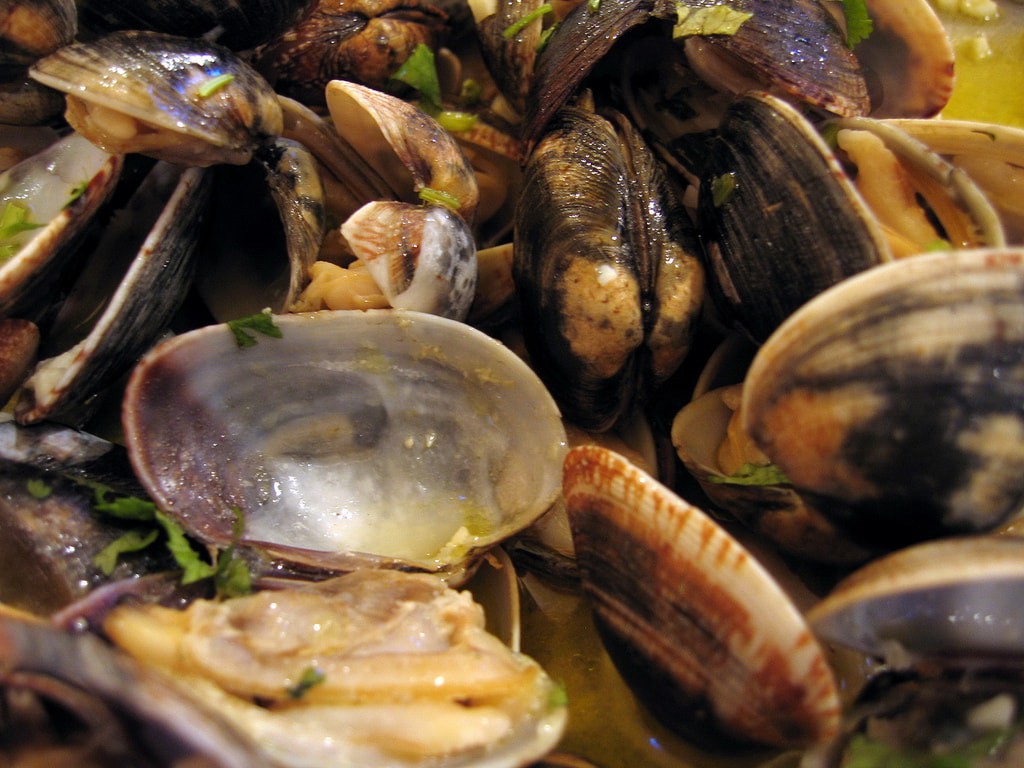 Caracóis, small snails, are most popular in Lisbon, but this summertime snack pops up in most seaside villages across the country between May and September. 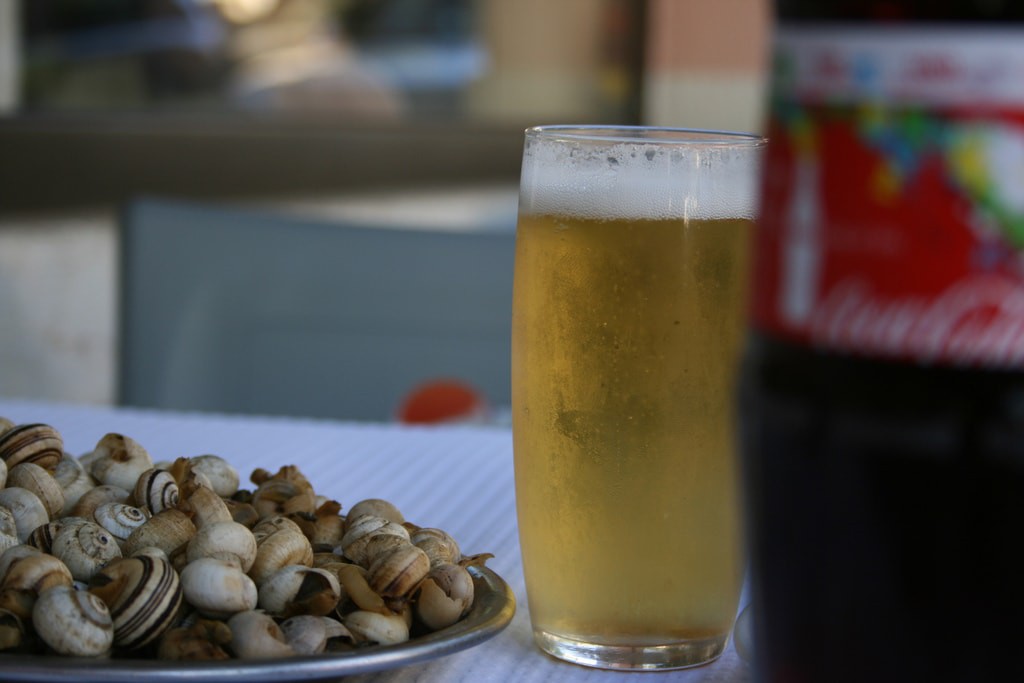 Wine bars are the typical place where you’ll find beautifully rustic cheese and meat platters showcasing combinations influenced by different regions. A few of the most popular regional plates include presunto (dry-cured ham) from the Alentejo, creamy and aromatic cheese from the Serra da Estrela, and sausages from Trás-os-Montes.

A Brief Introduction To Bacalhau, Portugal’s Most Treasured Dish