Portugal is the number one retirement destination for 2020. Find out why this tiny European nation is the perfect spot to enjoy your post-career time off.

If you could retire anywhere in the world, where would you choose? Before you answer, think about what’s important to you for retirement.

If quality health care, a reasonable cost of living, a good climate, plenty to see and do, great food and wine, and friendly people are the things that tick all of your “must have” boxes, then Portugal should be at the top of your list. And you won’t be alone.

So, why all the fuss about Portugal? We took a deep dive to find out.

Portugal is one of the most popular spots in Europe For the third year running, Portugal won the prestigious title of Europe’s Leading Tourism Destination at the World Travel Awards 2019.

There’s a perfect beach for every day of the year 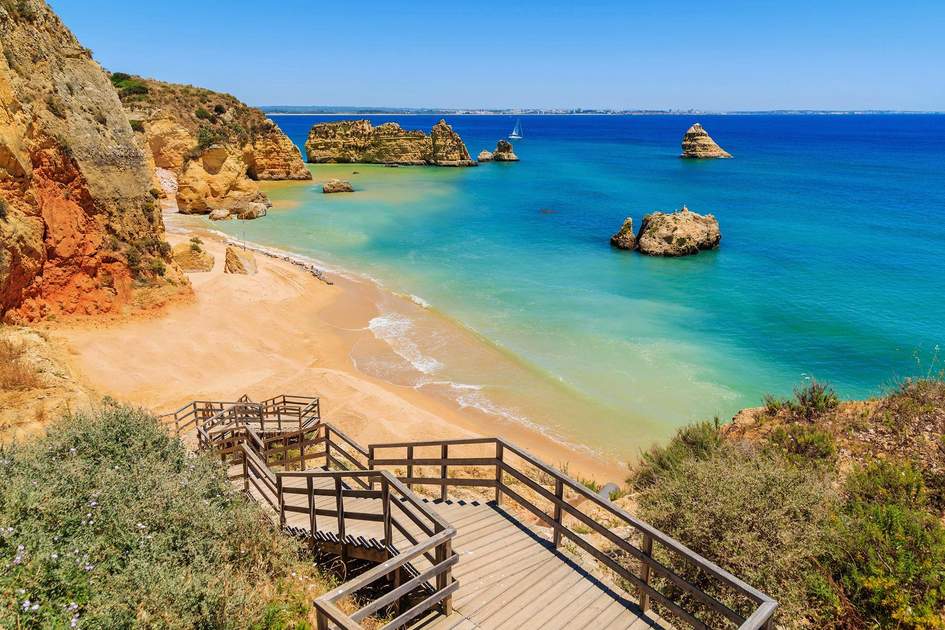 With more than 600 miles of sun-kissed sandy coastline and one of the best climates in Western Europe (you can count on 3,300 hours of sun every year!), a beach day is always on the agenda in Portugal, especially in the sunny Algarve.

Plus, more than 350 Portuguese beaches fly Blue Flags, the coveted award given to beaches recognized for outstanding water quality and cleanliness, 18 of which are right near Lisbon.

That means you’re almost always assured a spectacular beach outing, even from the city. And the weather is so lovely here year-round, it’s one of the best off-season travel destinations as well.

You’ll get great value for your money

If you have income (earned, investment, or retirement) in U.S. dollars, it goes further in Portugal right now than it has in many years.

The cost of living in Portugal is among the lowest in Western Europe, says LIO, on average 30 percent lower than in any other country of the region.

According to LIO, a couple could live in Portugal comfortably but modestly on a budget of as little as 1,300 euros per month and could live large with a budget of 2,000 euros per month. (That’s around $1,400 and $2,400, respectively, in U.S. currency.) These are just some of the reasons Portugal is one of our top destinations to live in for saving money.

According to International Living, locals generally make a sincere effort to make visitors and expats feel welcome, and although it helps if you try to speak at least a little Portuguese (crash course: ola is hello, por favor is please, obrigado is thank you), in urban areas such as Porto and Lisbon and the multinational expat region of the Algarve, English works just fine.

It’s easy to get to Portugal from the U.S.

When you’re ready to visit the United States (or, more likely, when friends and family want to come and check out your cool, new Portuguese digs), it’s easy to fly direct, and without breaking the bank, thanks to TAP, Portugal’s national airline. TAP recently launched three new routes from the U.S.—Chicago O’Hare, San Francisco, and Washington-Dulles—as well as tripled the number of direct flights between Newark and Porto.

Portuguese food and wine are fantastic

The abundance of sunny days, the long stretches of coastline and access to the Atlantic Ocean, and the unique microclimates of Portugal have all worked together to create a fabulous cuisine culture that guarantees you’ll always be well-fed while you’re in the country.

And the fabulous, and bargain-priced, wines are created in equally fabulous vineyards, one of the reasons Portugal is on our list of the most gorgeous wineries in the world you really need to visit.

There’s always something to do in Lisbon

A city full of hills that roll into the sea, surrounded by vineyards, and traversed by tramcars, the charming capitol of Portugal, Lisbon, sometimes feels like San Francisco—that is, if San Fran suddenly added several hundred years of history, including a castle at its peak, and became much less expensive.

There are a variety of places to explore in Portugal. One must-see is Mosteiro dos Jerónimos, a gorgeous monastery in the late Gothic style, where explorer Vasco de Gama is entombed.

Sold on Portugal? Instead of simply daydreaming about packing up and moving there someday, make sure you take these 13 retirement facts seriously.

Seven Places To Retire In Portugal For Under $30,000 Per Year

15 Things To Know Before Visiting Portugal

The Cost of Living in Portugal, from Basic Necessities to the Little Extras